Yeah, this race was over 3 months ago..oops!  Time sure flies!

I really enjoyed this race last year and I signed up early since I was able to (just barely) make it into one of the early waves because of a 5k time.  And even though I was under orders not to run, I didn't listen.  But I gave myself to take it easy and just have fun.

Jenn (Runs with Pugs) had picked up my race packet the night before (Thank you!!) I really liked the shirt again this year!  2 years in a row! 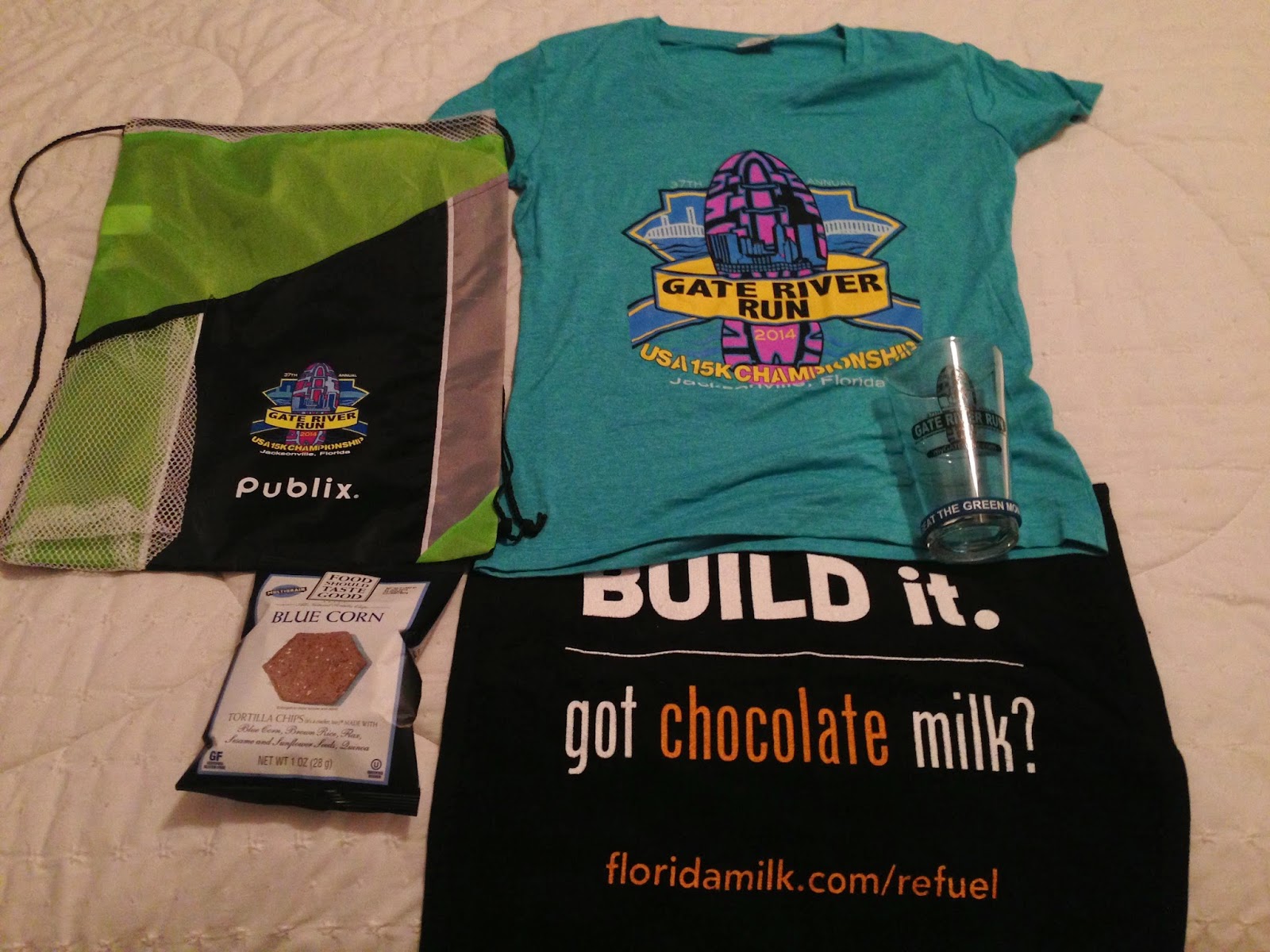 Kory drove me and we arrived early and met up with some friends--Jenn, Kristin (A Mom on the Run) and some of their friends. 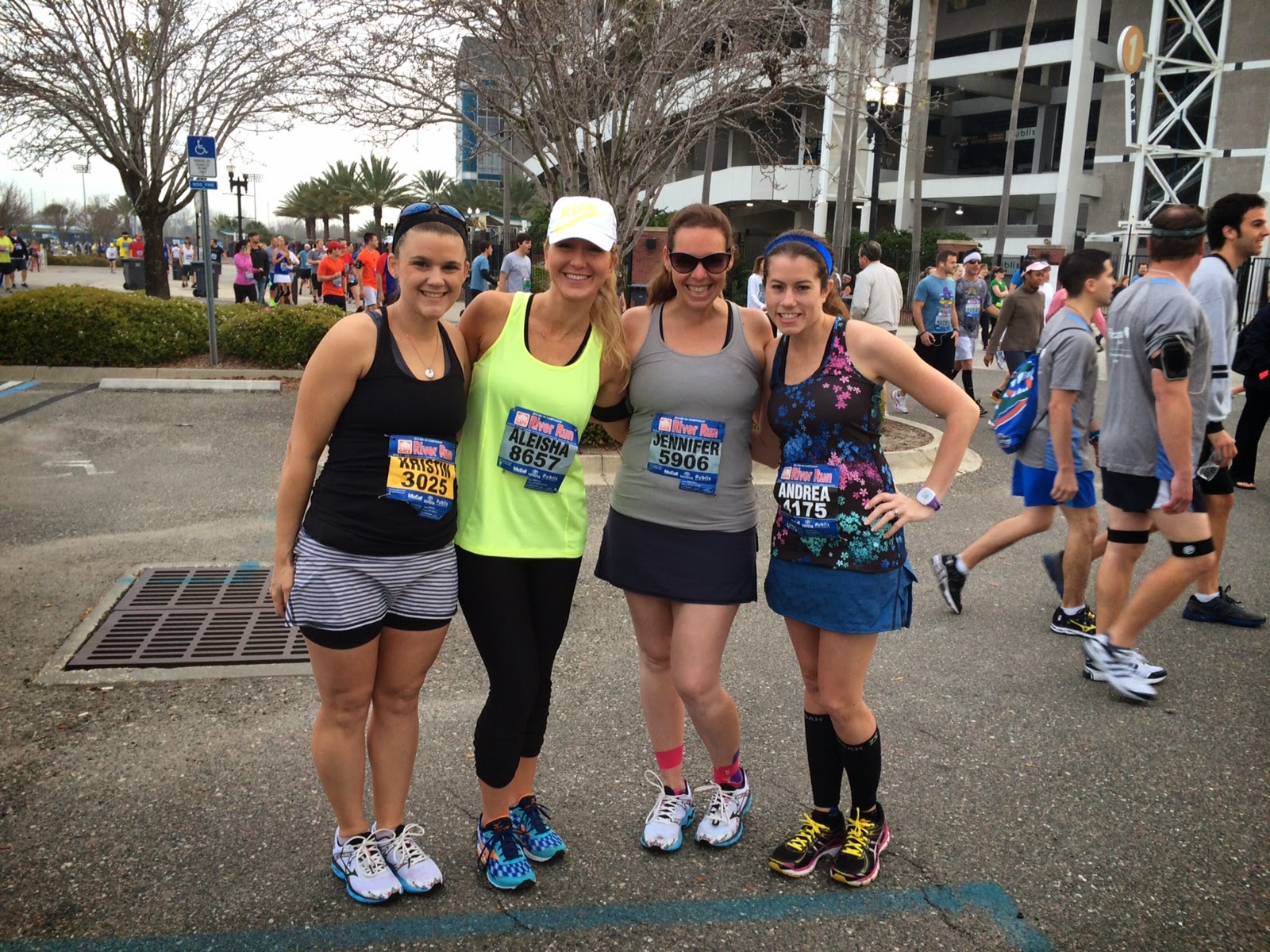 I was definitely nervous going into the race. At that point, I hadn't run in 3 months except for the WDW Marathon and Glass Slipper Challenge.  I had no idea how my leg would do or how I would feel.

Soon it was time to line up.  Kristin was in a wave ahead of me but her hubby was in my wave so we hung out for a little bit. 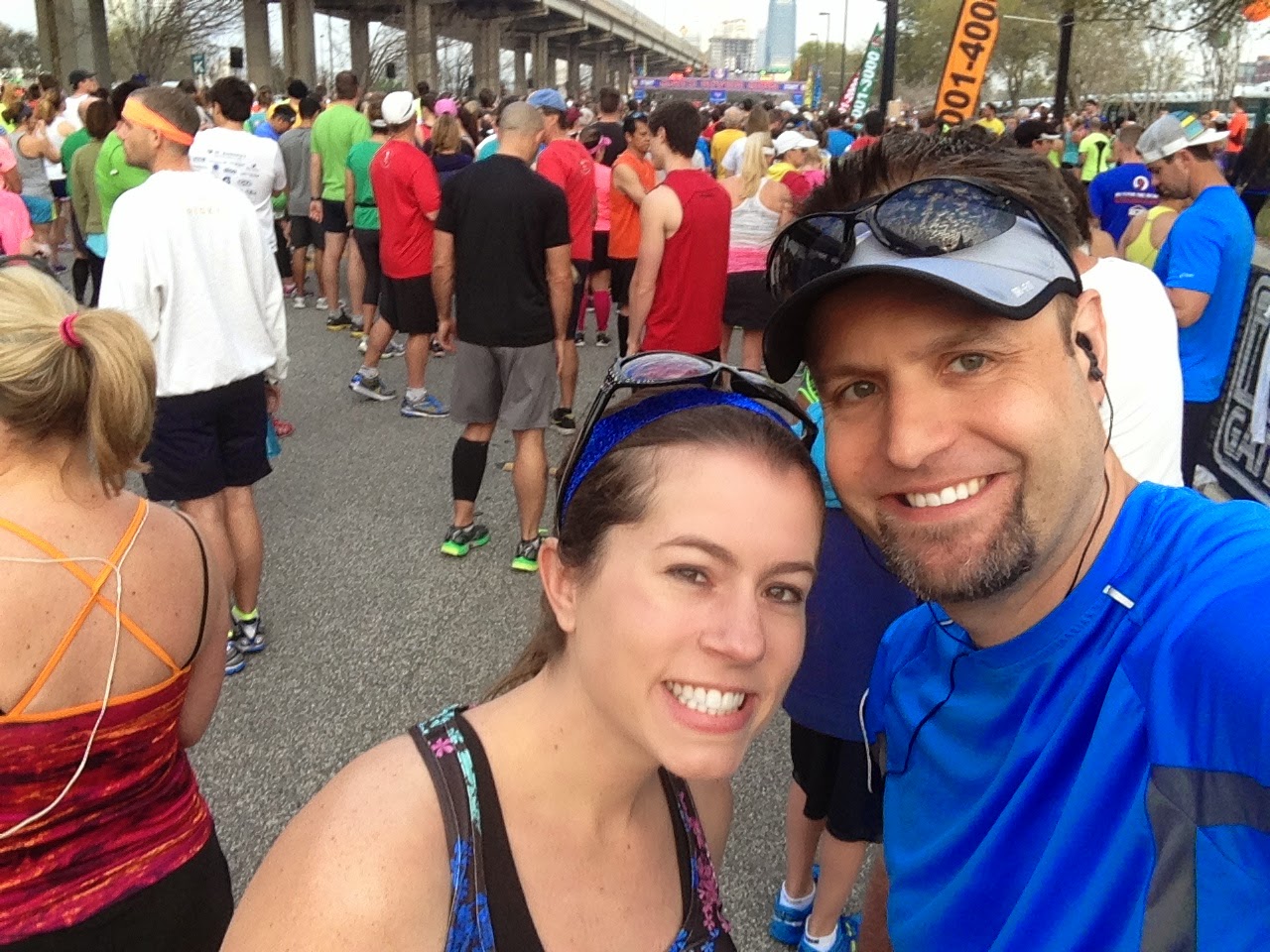 Soon it was almost our turn...ready or not! 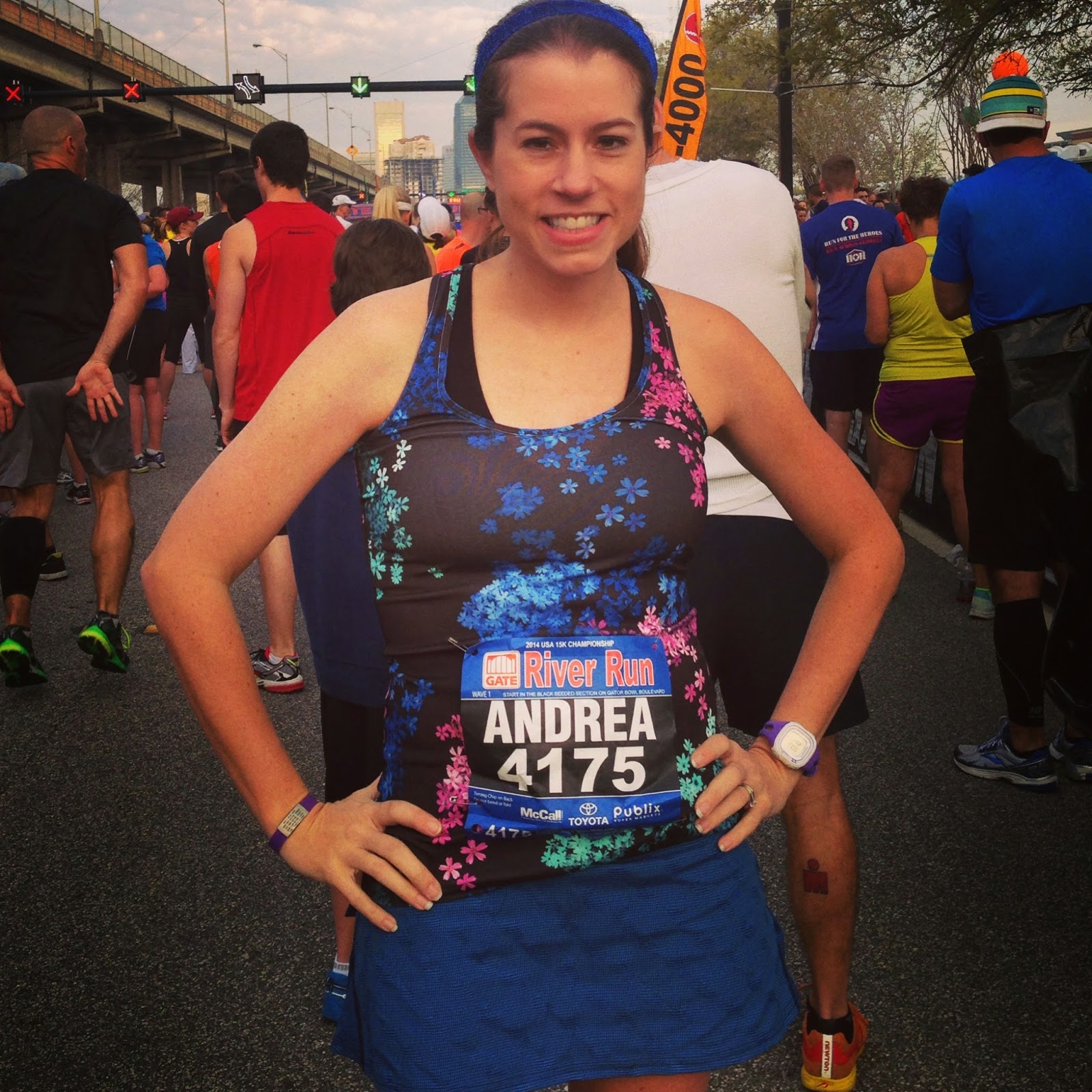 As soon as the race started, I noticed one problem--my earphones were broken!  I guess I had thrown them in a bag somewhere since I wasn't running and using them and you could see where the covering was broken and the wires were all messed up.  I'm not sure I had ever run without them.  Usually even when I'm with friends, I listen to them during the run portion of my run/walk.  It didn't make for a very good start for the race.  But I learned that I almost didn't miss it.  Almost.  There were several bands and lots of people to keep my mind off of the no music thing.  I think I could handle races without music but definitely not solo training runs.

I ran the first mile and then started my 2:1s.  I was hoping to maybe run the first 3 miles like I had last year but I just wasn't in the shape.

There were some gorgeous views.  We ran right by the river. 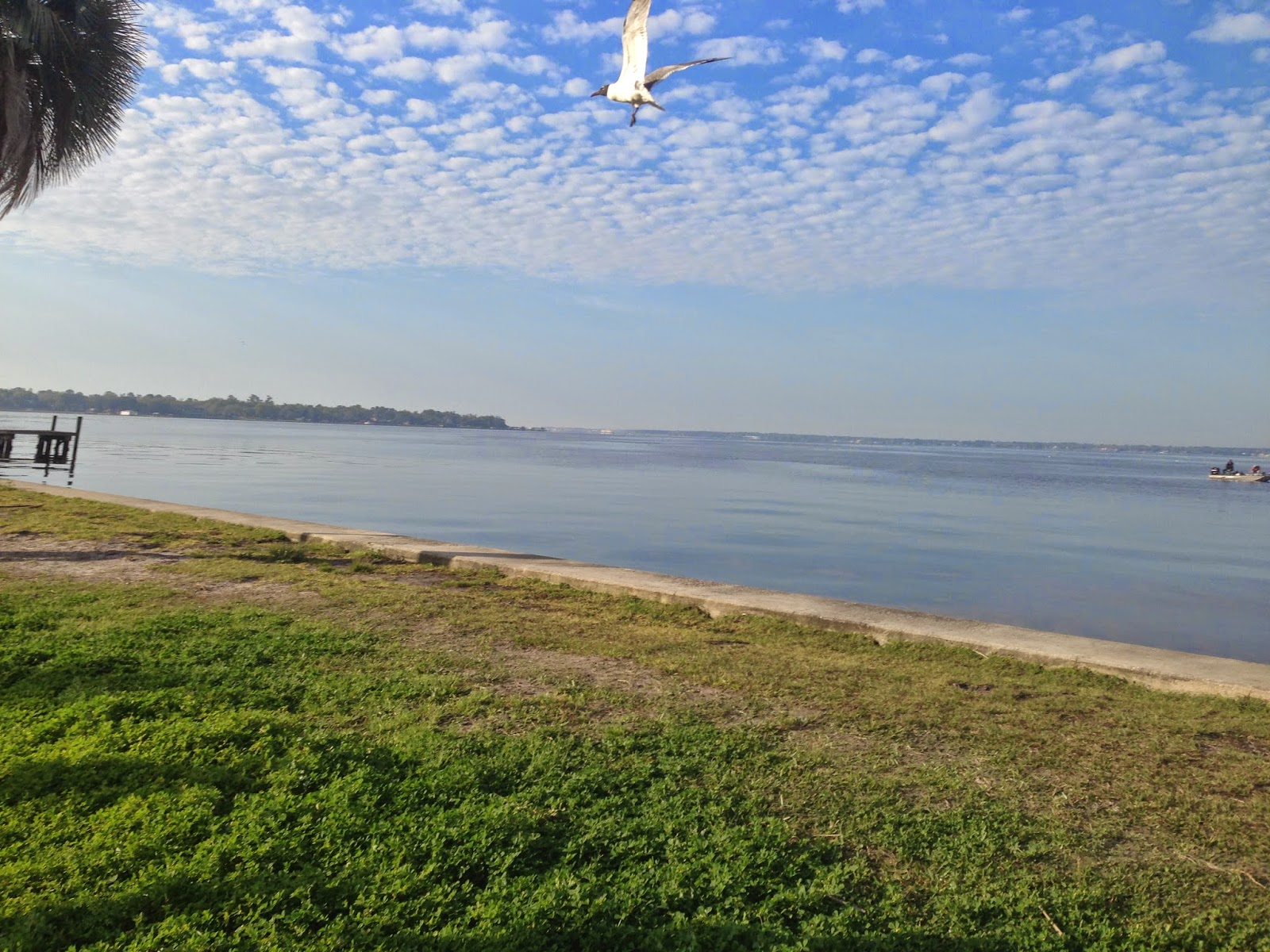 And this race is like a buffet--there are foods and drinks everywhere.  I enjoyed a mimosa 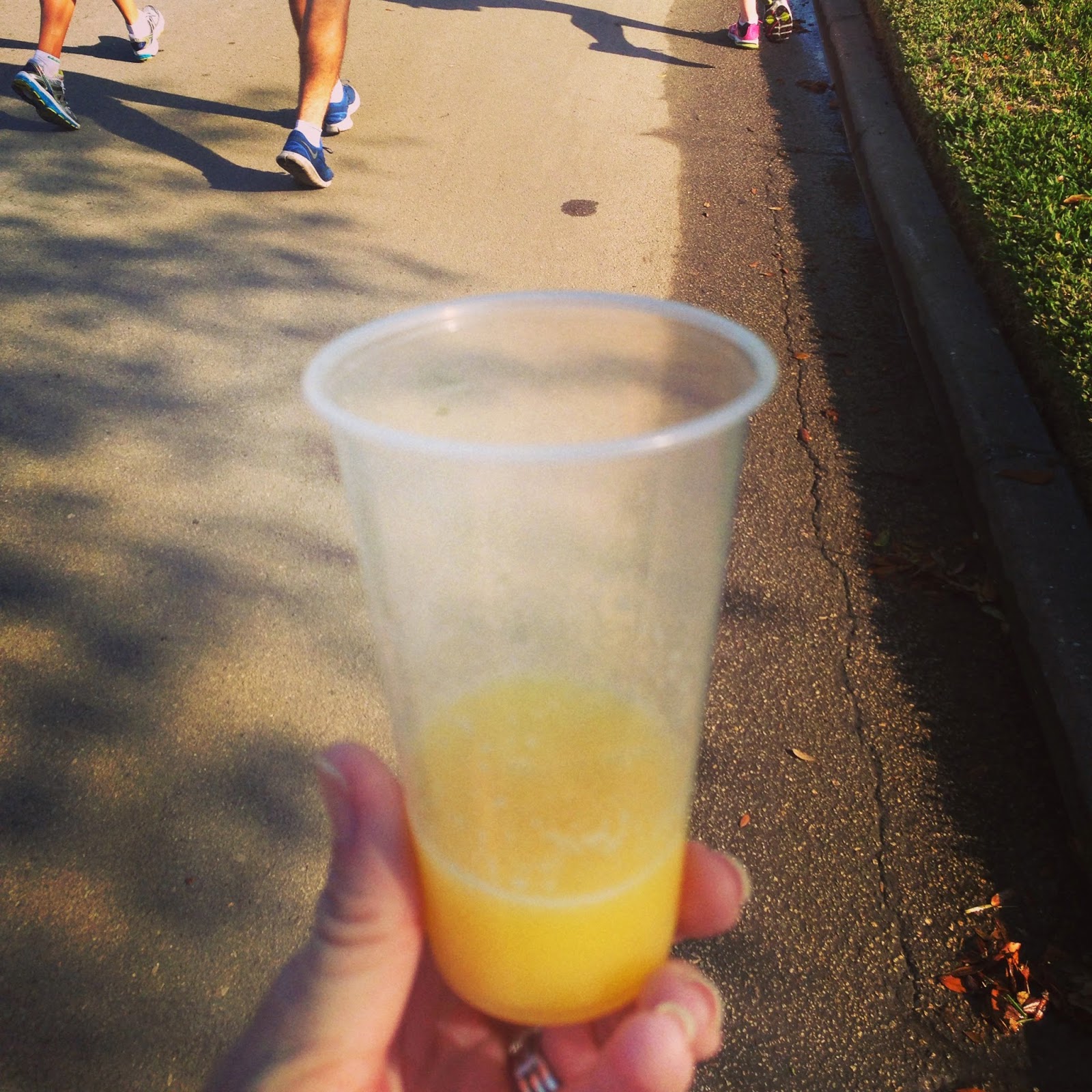 But seemed to be on the wrong side for everything else!  I know there were ice pops (which I was so thankful for last year), donut holes, bacon, sausage, and lots of beer!!  Such a fun race!

Before I knew it, the end was coming up and the Big Green Monster was right there! 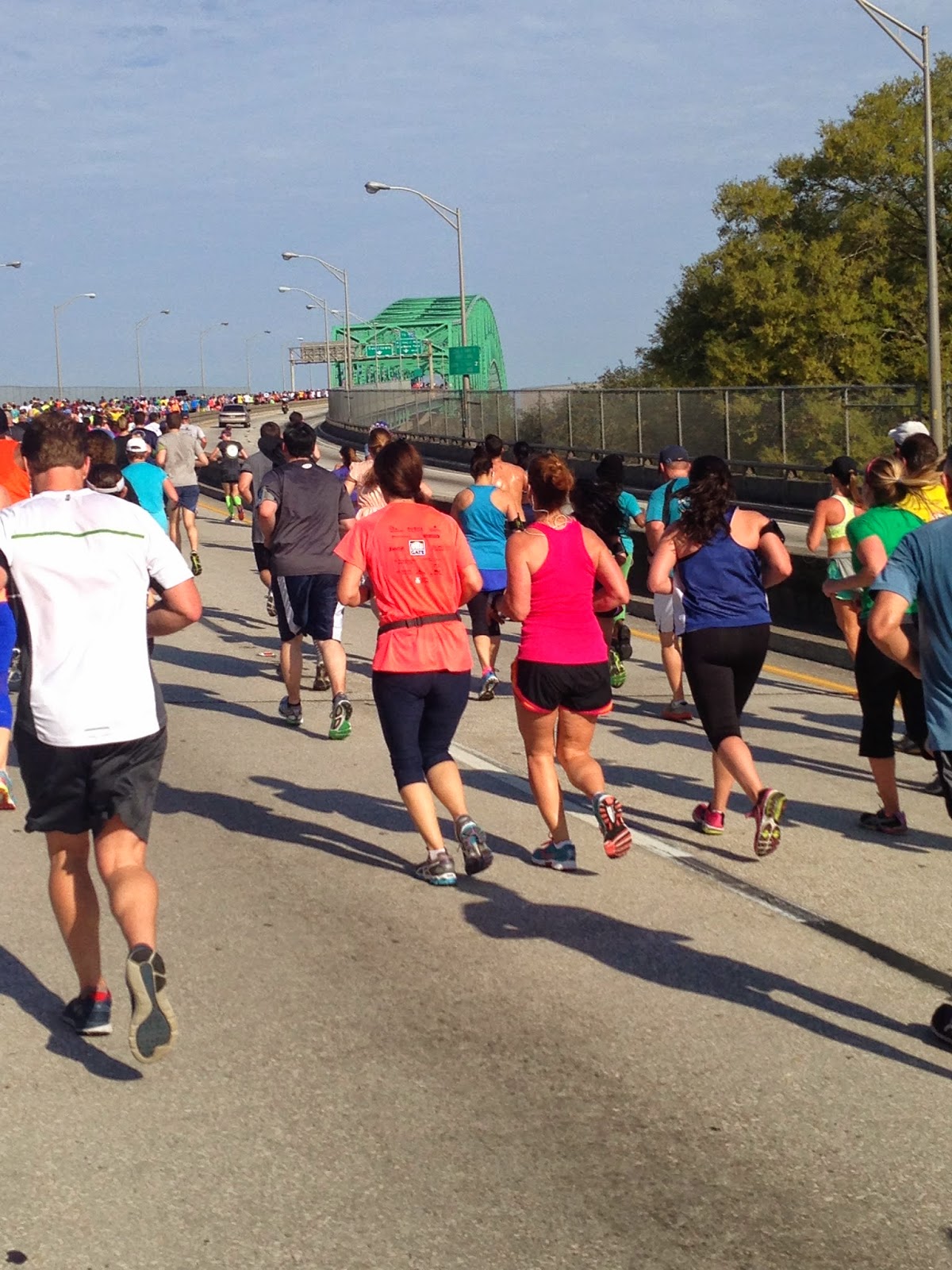 Since I didn't have my headphones in, I could hear the music they were playing.  When I was going up, it was the famous song, Shout!  Everyone was singing and raising their hands.  And you know I was too!  Once on top of the bridge, there was another gorgeous view..I loved seeing the Jags stadium in the background. 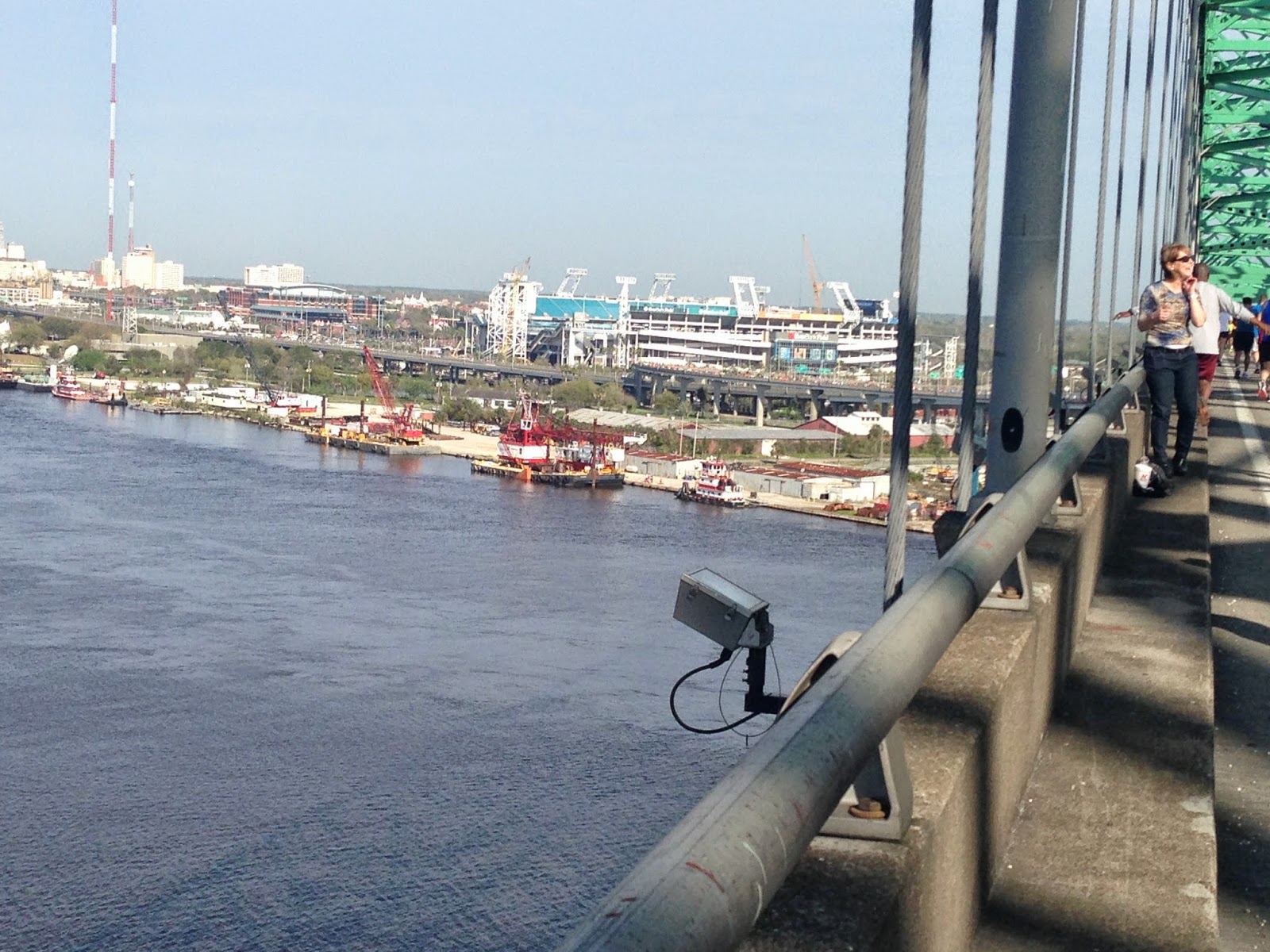 I knew that the rest should be easy, down the bridge and the ramp and the end was right there!

Towards the bottom of the bridge, the poor lady in front of me fell.  She just tripped over something.  My worst nightmare.  I stopped and helped her up and she kept right on going!  Now that's dedication!

I ran down the ramp faster than my normal pace, getting ready to take off to the finish line like I normally do. But I couldn't find the finish line.  It had changed from last year.  You actually ran farther after you got done the ramp than you did last year so I didn't have a burst of speed.

For a little while in the race, I thought maybe I would actually beat last years time. But going up the bridge, I knew that wouldn't happen.  Imagine my surprise when I got done and saw my time--I PR'd by 11 seconds!  Not much, but I'd take it--especially since I was injured and hadn't run for so long!

I quickly texted Kristin to meet up with her and set out to look for Gatorade at the end of the race.  And that's when we come to my big complaint.  There was only water on the course and only water at the end of course.  I don't remember that from last year.  But there it was.  It's Florida, it's hot and people need electrolytes, it's a huge race, and some people (me!) hate water!!  There was only water to be found.  I was not happy.  And the ONLY close up race picture (I looked through thousands and thousands and couldn't find any more!  ) is of me being pissed off since I can't find Gatorade.  Oh joy. 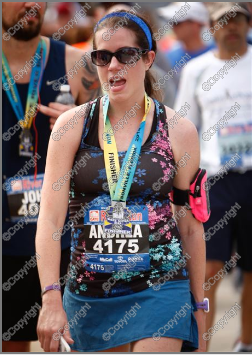 Here's the other one; 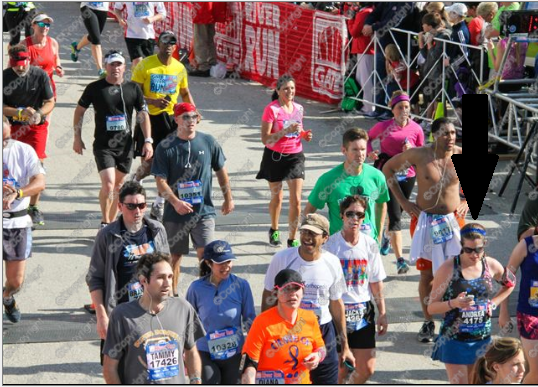 Oh well!  I quickly found my way back to the tent and chatted with everyone for a little bit before we headed out. 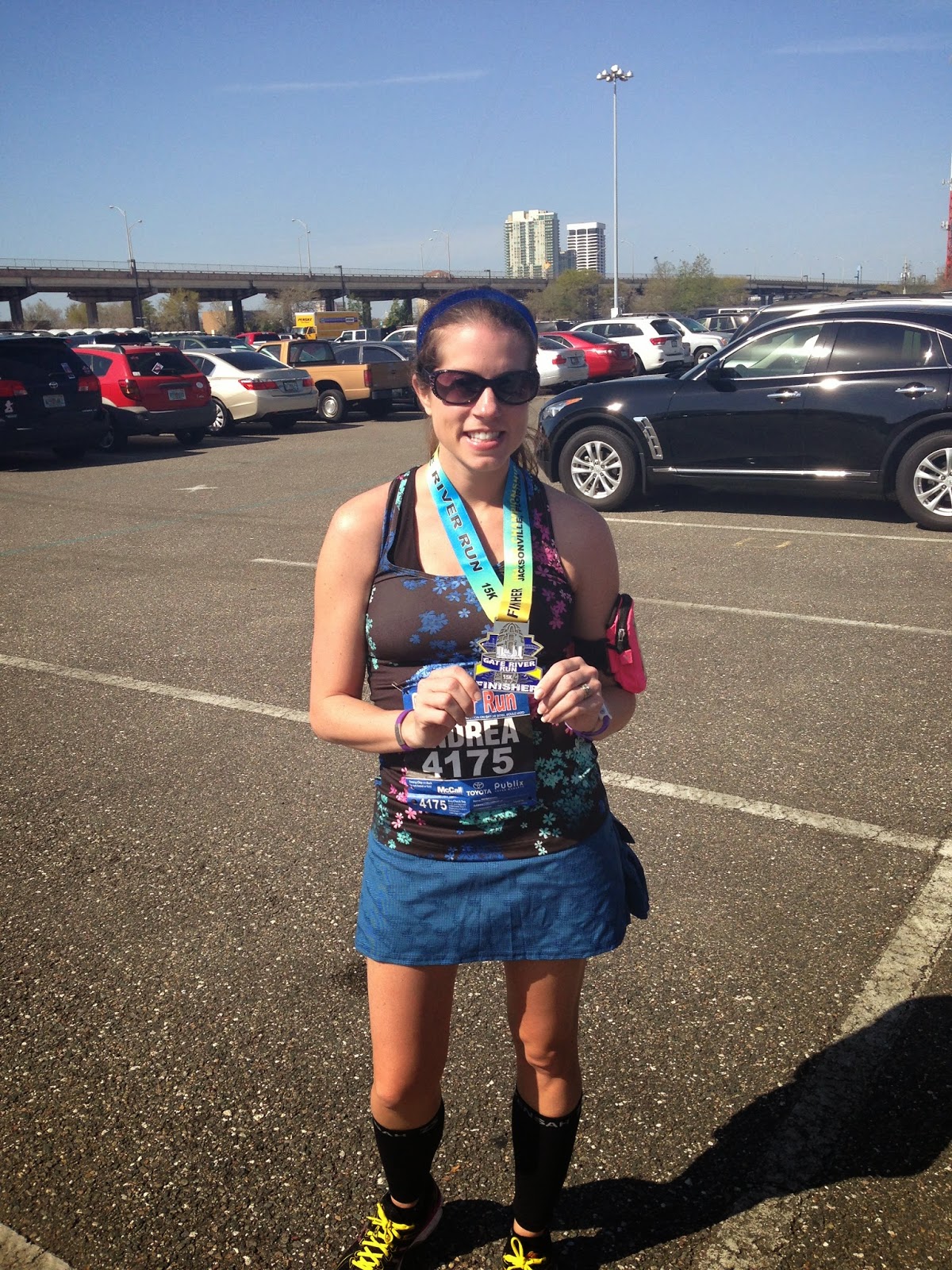 It's still one of my favorite races.  And I was so glad that I got a PR and my leg didn't hurt! (well, until I got home but that's another story). 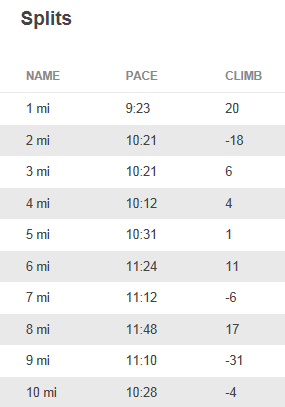