Tonight I attended a Yelp event at Tijuana Flats in Thorton Park.  We were there to try the new promotion that will be starting next week. 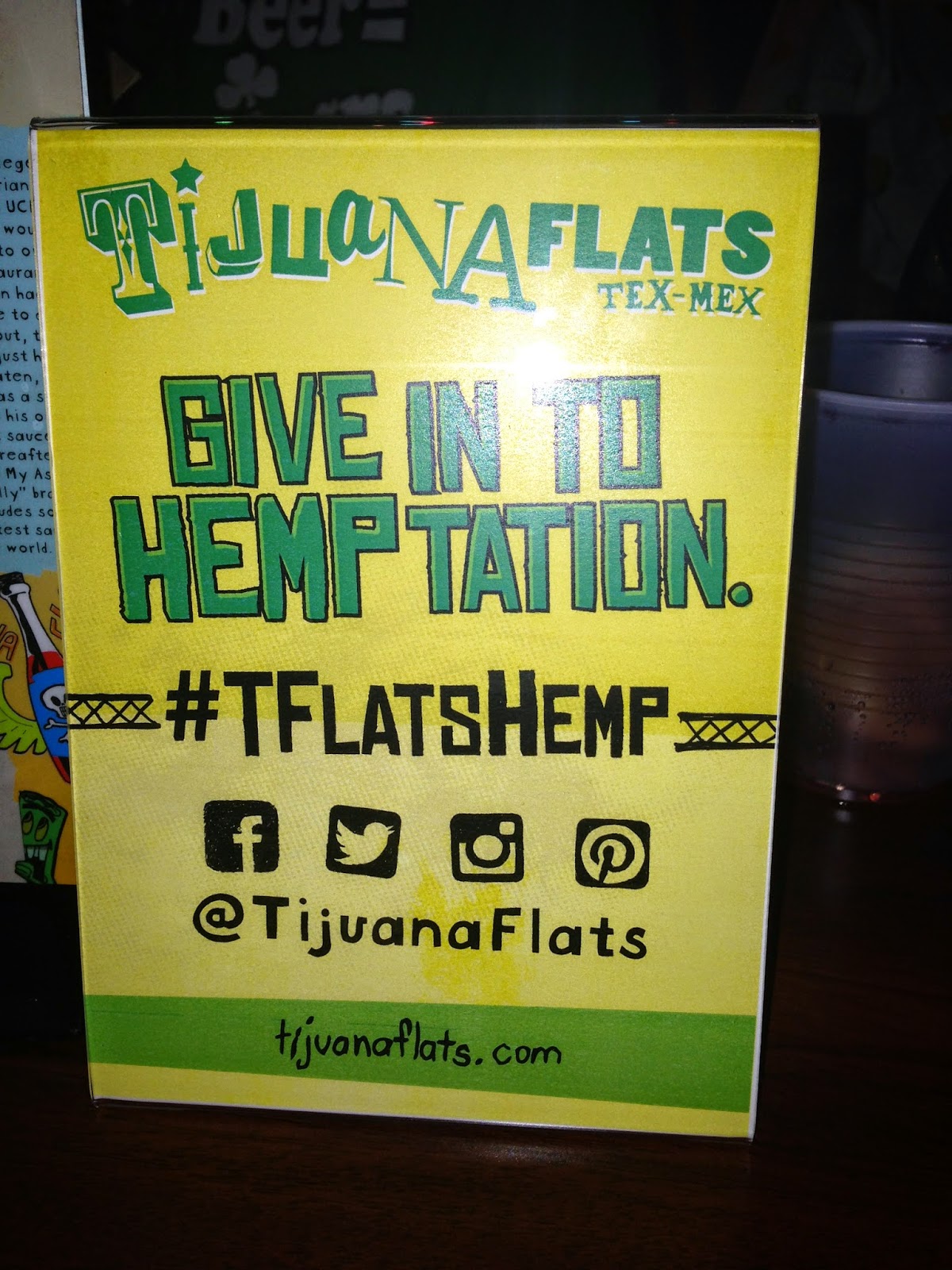 We started off with a drink of choice (beer, wine, sangria, and soft drinks).  I chose Bud Light (lame, I know).  And chips with salsa, queso, and guacamole.  I LOVE their queso and the salsa is good too but I've never been a guac girl.  I had been recently told that I should start eating avocados for some running injury issues so I decided to make myself eat the guac.  Imagine my surprise when I tried some and LOVED it!  I couldn't get enough! 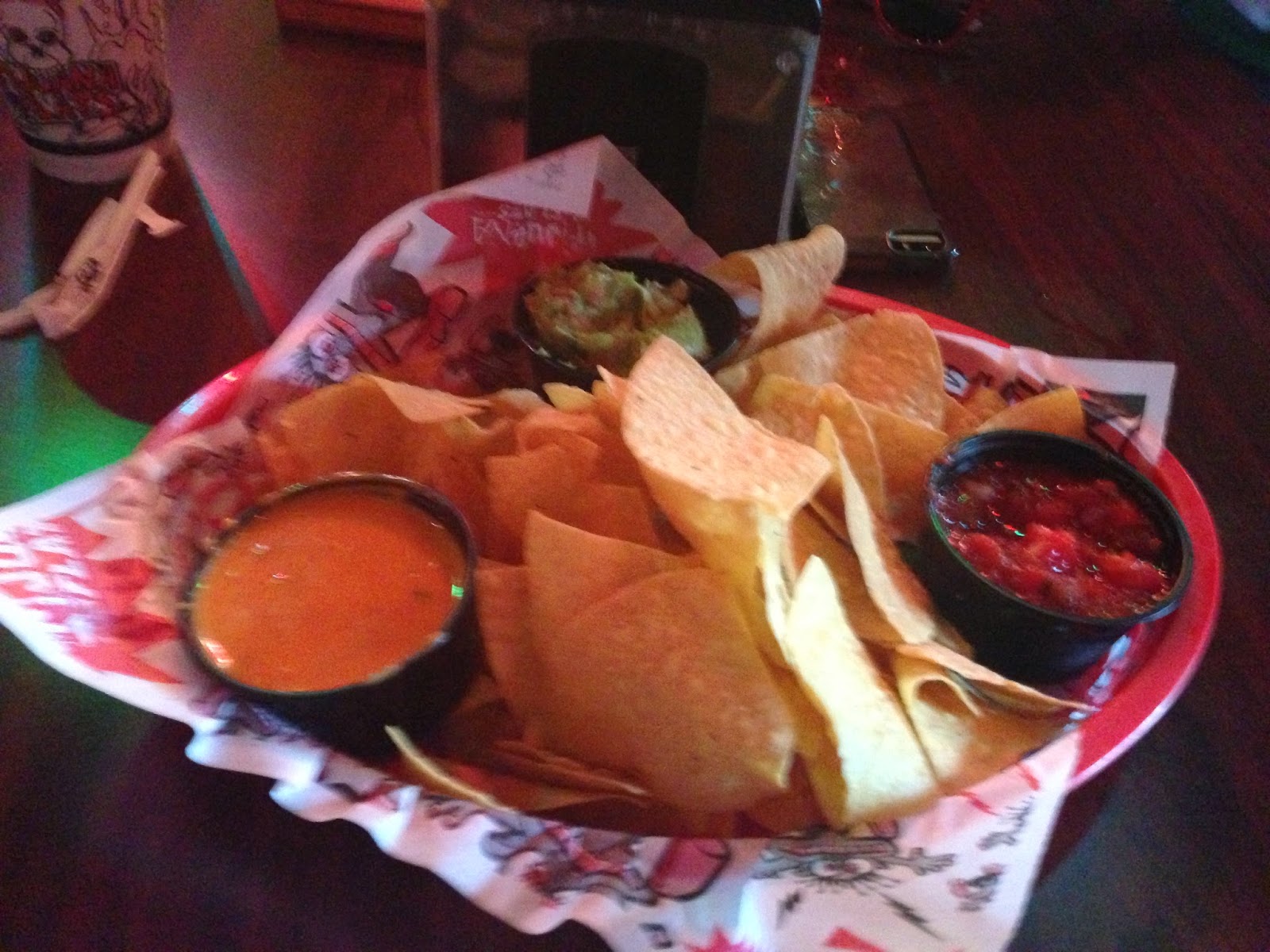 For the appetizer, we were served Atom Bombs.  There was cream cheese and jalapenos among other things.  I am a super wimp and hate anything at all spicy, but I decided to try it.  Oh yeah, waaay too spicy for me.  That jalapeno had a kick.  But others at the table who love spicy foods were gobbling them down. 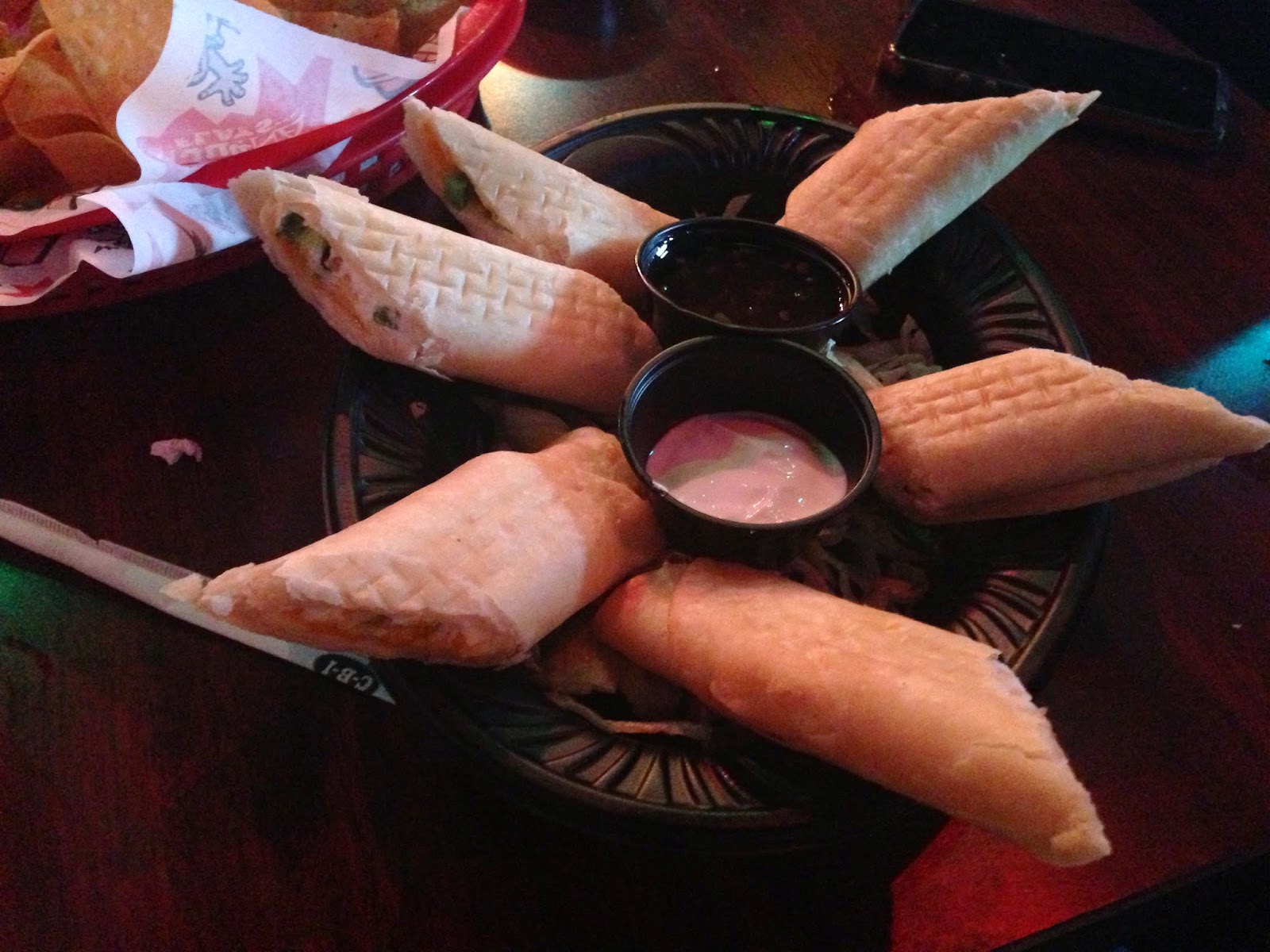 Then we got to try 3 new burritos.  Up first was the Pie Roller.  It was basically a pizza burrito.  It has cheese, pepperoni, mushrooms, and peppers.  And you guessed it, too spicy for me.  But I did eat all of the cheese and pepperoni.  I'm not sure how I feel about pizza at a mexican place but I think it might go over well for those pizza lovers. 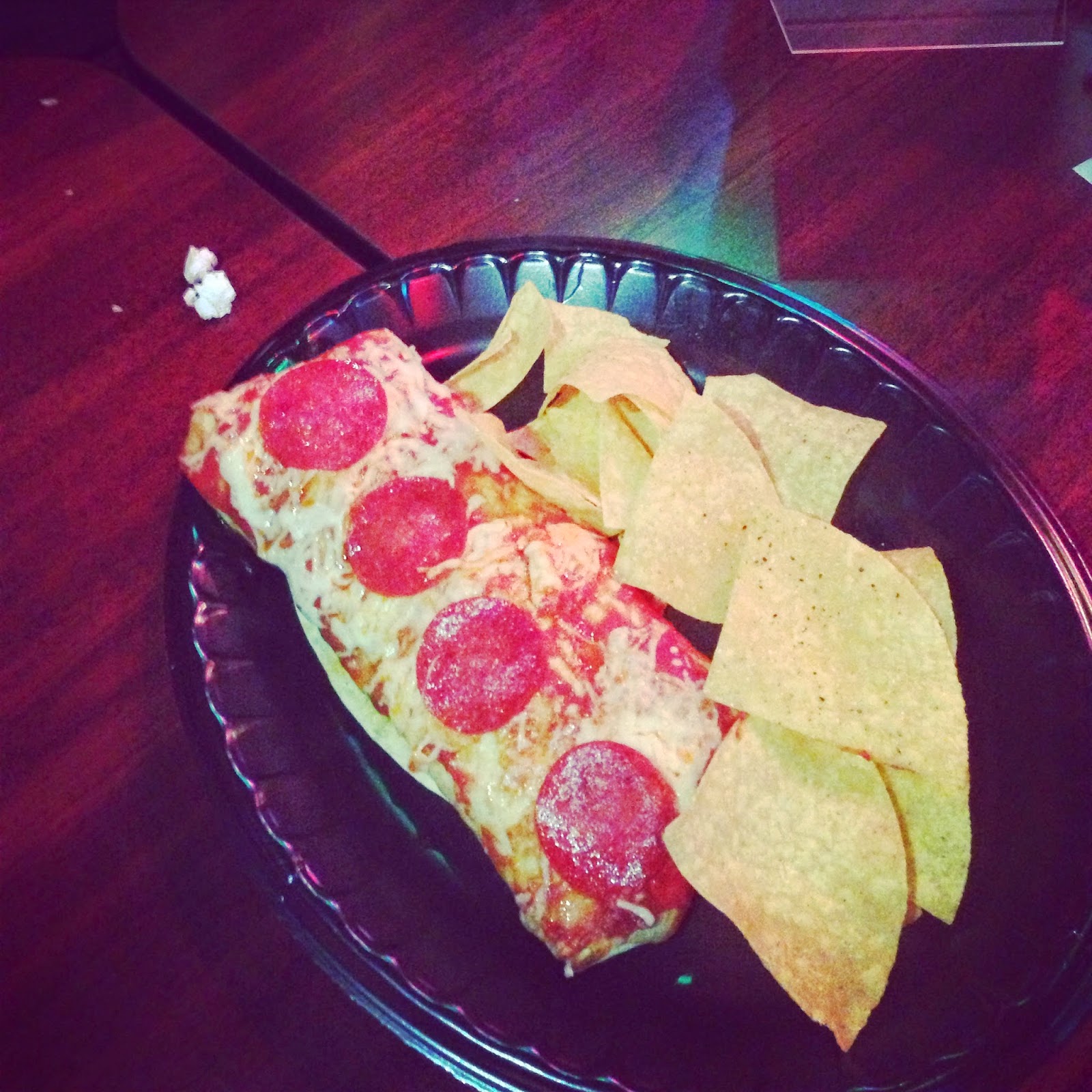 Up next was my favorite food of the night--the Sweet Hemptation.  It had crunchy chicken, cheese, maple syrup, and churros all wrapped up in a hemp tortilla.  Yup, you read that right.  CHURROS in a BURRITO!!  It was like a play on chicken on waffles and absolutely delicious!! 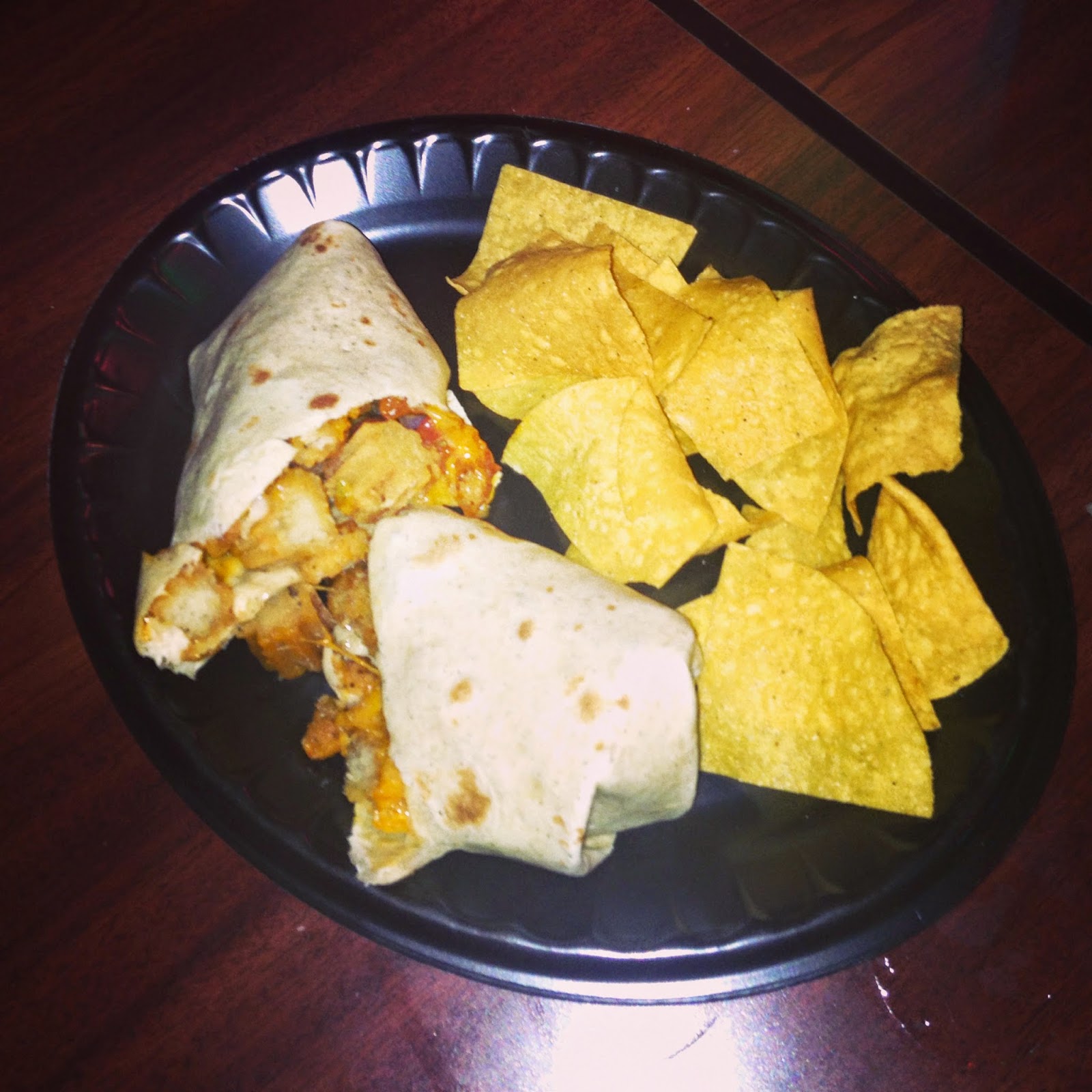 The last burrito was the Tree Hugger which was a veggie burrito and had crushed tortilla chips and queso in.  When I got handed one, all I saw was green peppers so I politely passed.  I had had enough spiciness for the night and my tongue was overloaded.  I heard great reviews though. 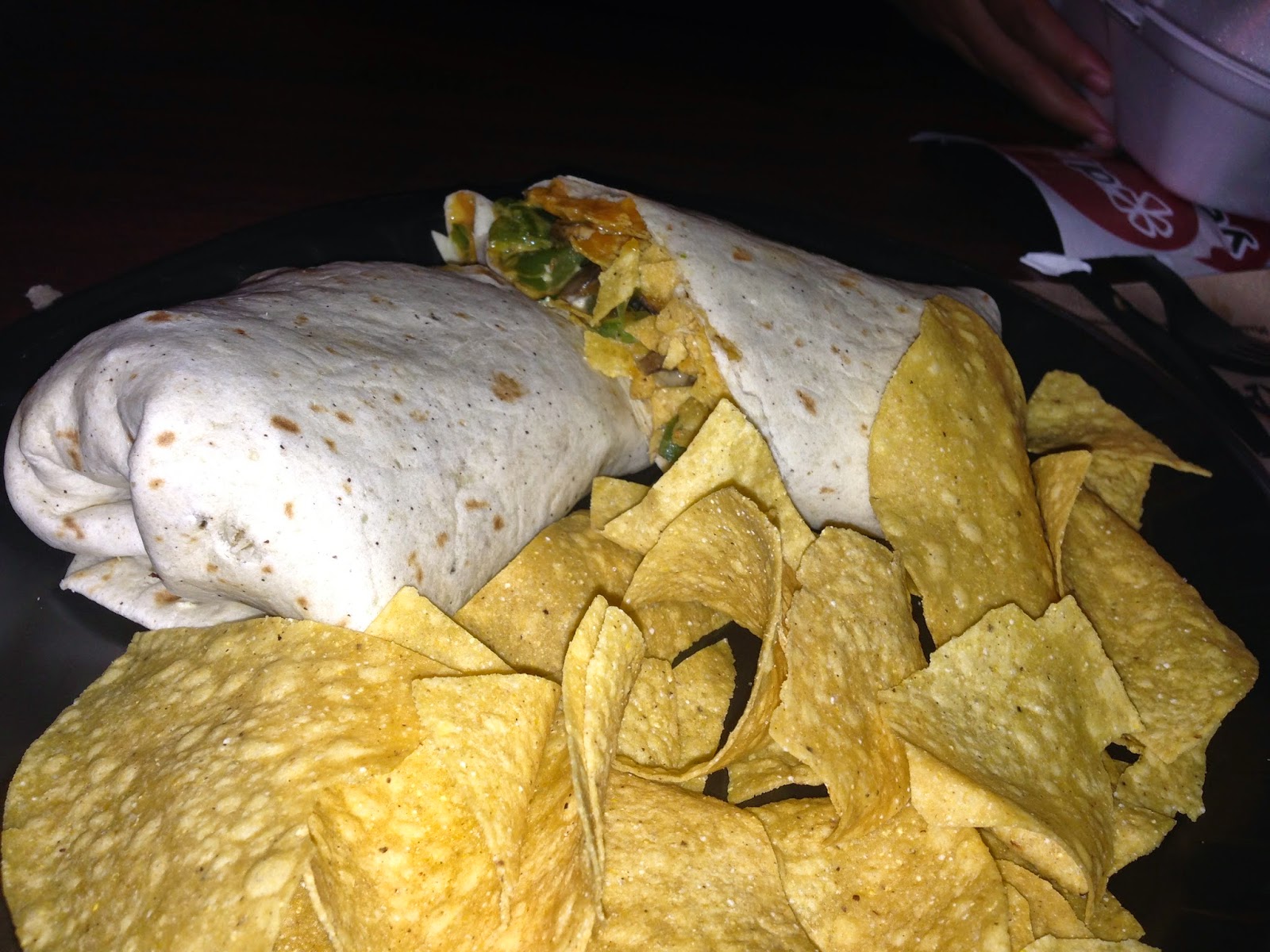 And you can't forget dessert!  Banana empanadas with a caramel dipping sauce.  With the exception of if creme brulee is on the menu, I go for anything with bananas in it first.  So I was very excited about the dessert.  Unfortunately, something about the bananas was off.  It reminded me of plantains.  One of my friends suggested that it wasn't cooked enough.  I'm not sure.  But there's definitely potential there! 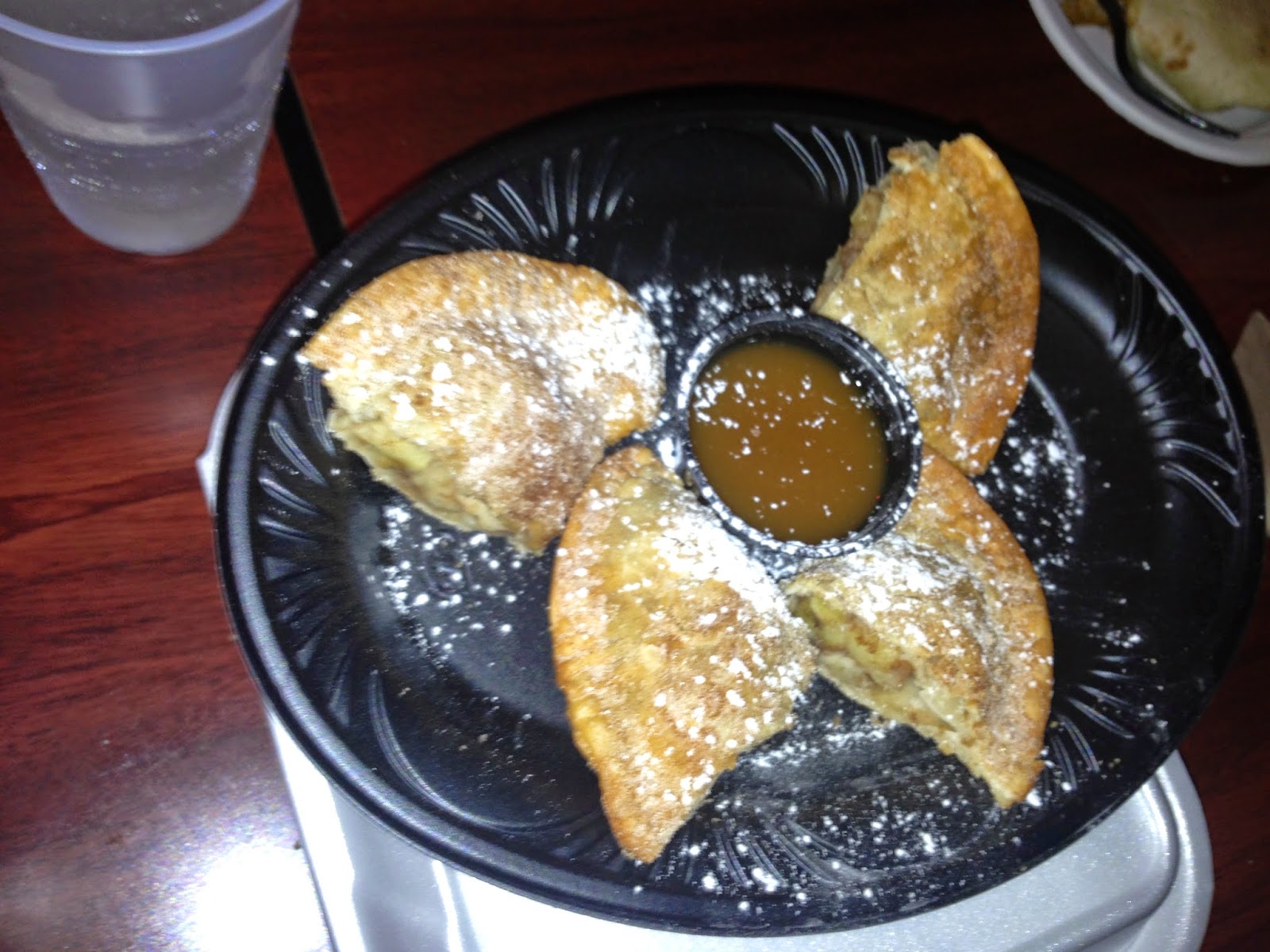 And let's not forget the great swag!  A cup, koozie, pen and $10 Flats Cash to use next time! Thanks to everyone at Yelp and at Tijuana Flats for putting on such a great event! Of course, Meghan (From Married to Merry) and I had to get our standard pose (BDR Ambassadors---if we're not running, we're drinking!) 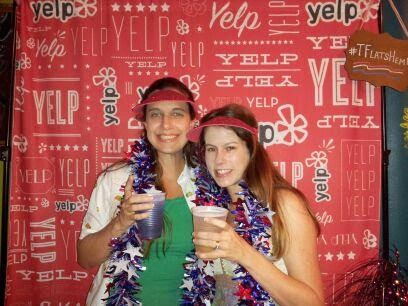 It was a great night with lots of new and old friends! 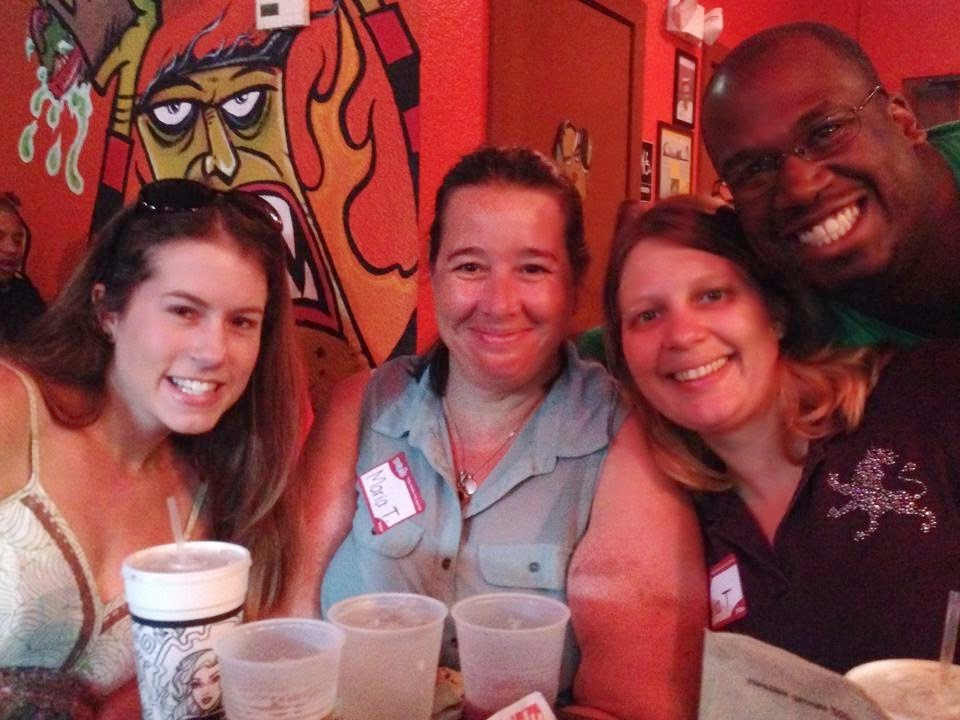 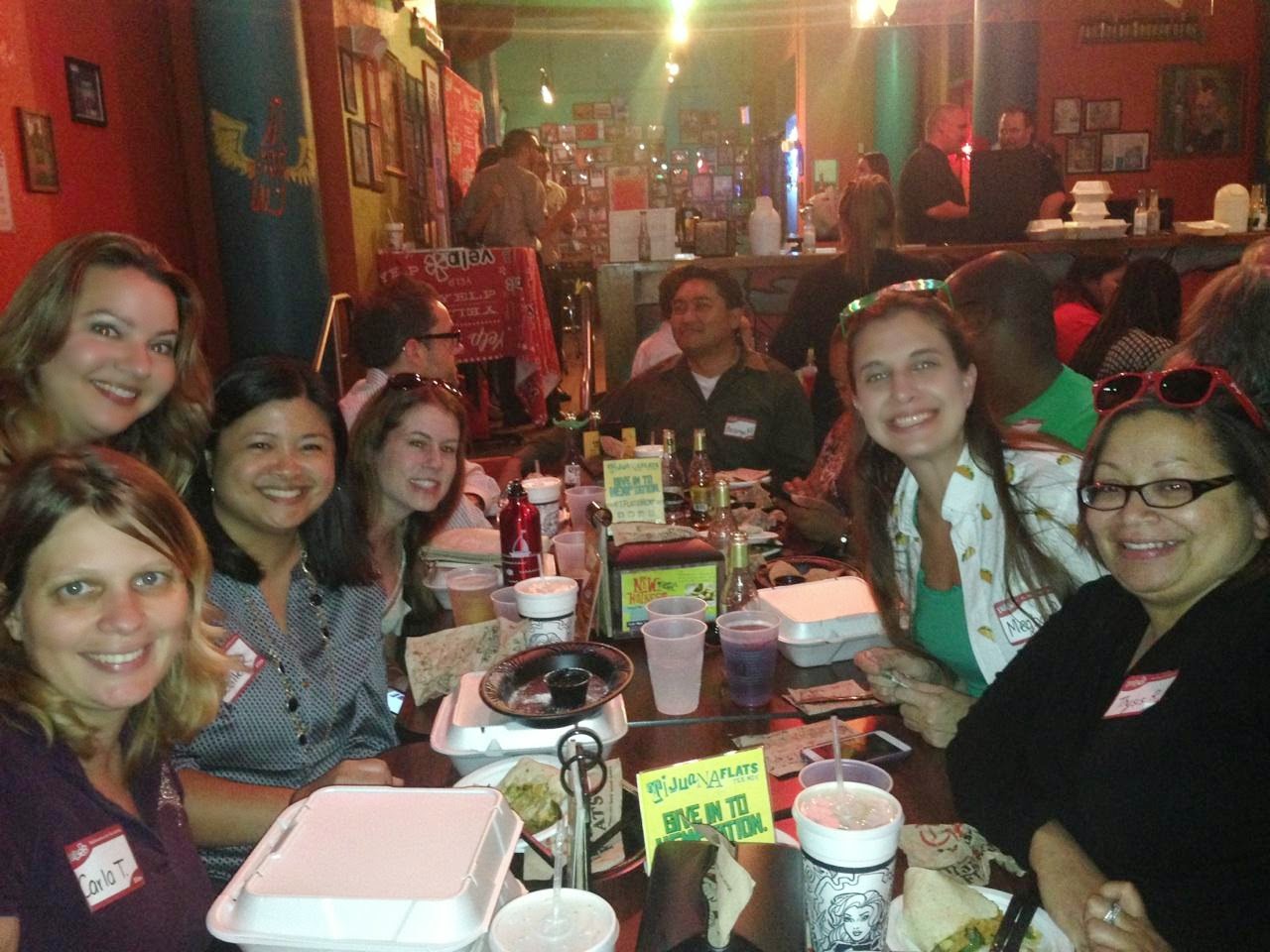 Oh, and completely random, but I finally got to see the SunRail on the way home (yes, I know sitting in a car at night trying to take a picture of a moving train isn't a good idea but ya know...) 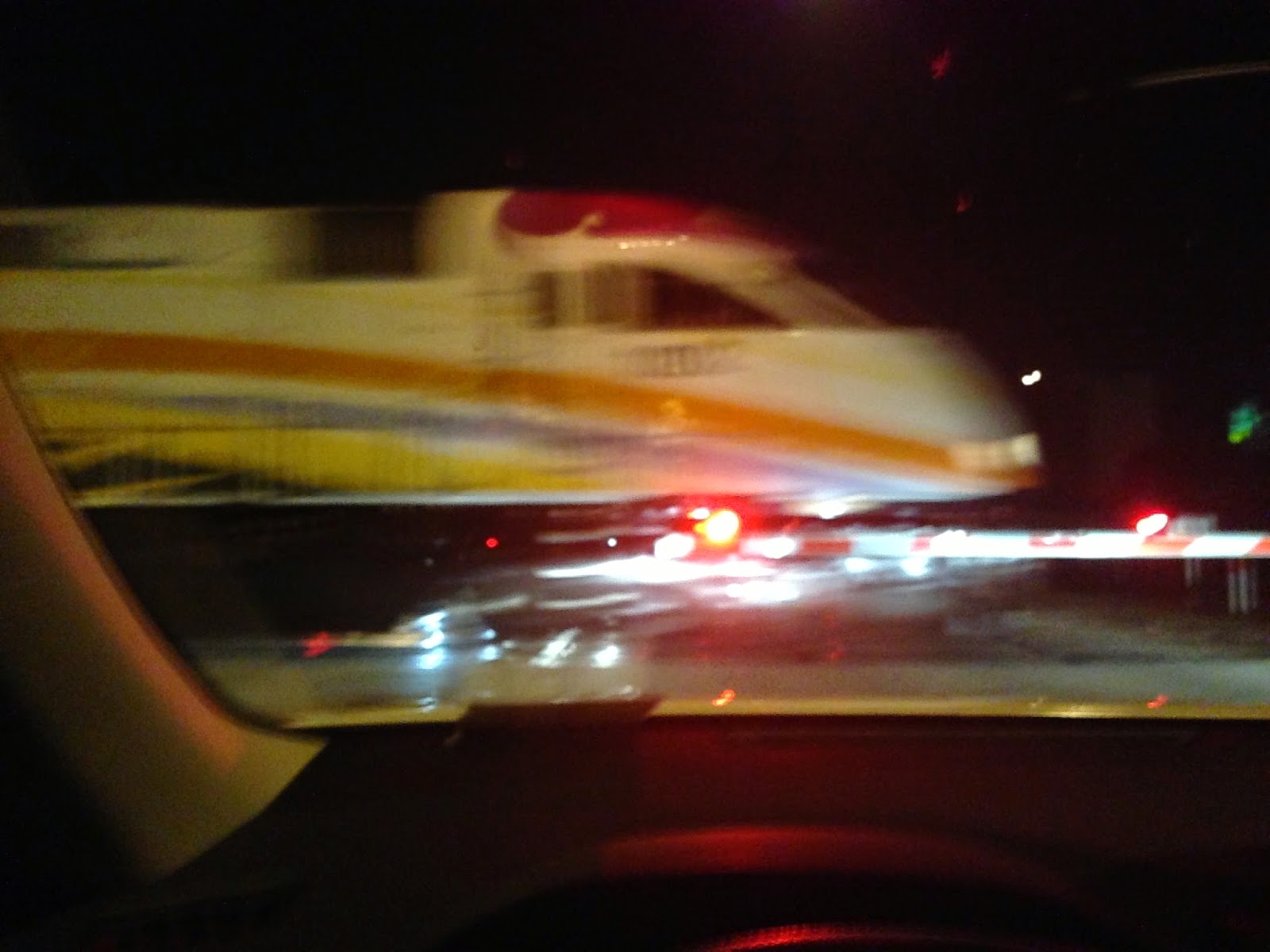