We arrived at The Victorian in Santa Monica where the wedding was being held. 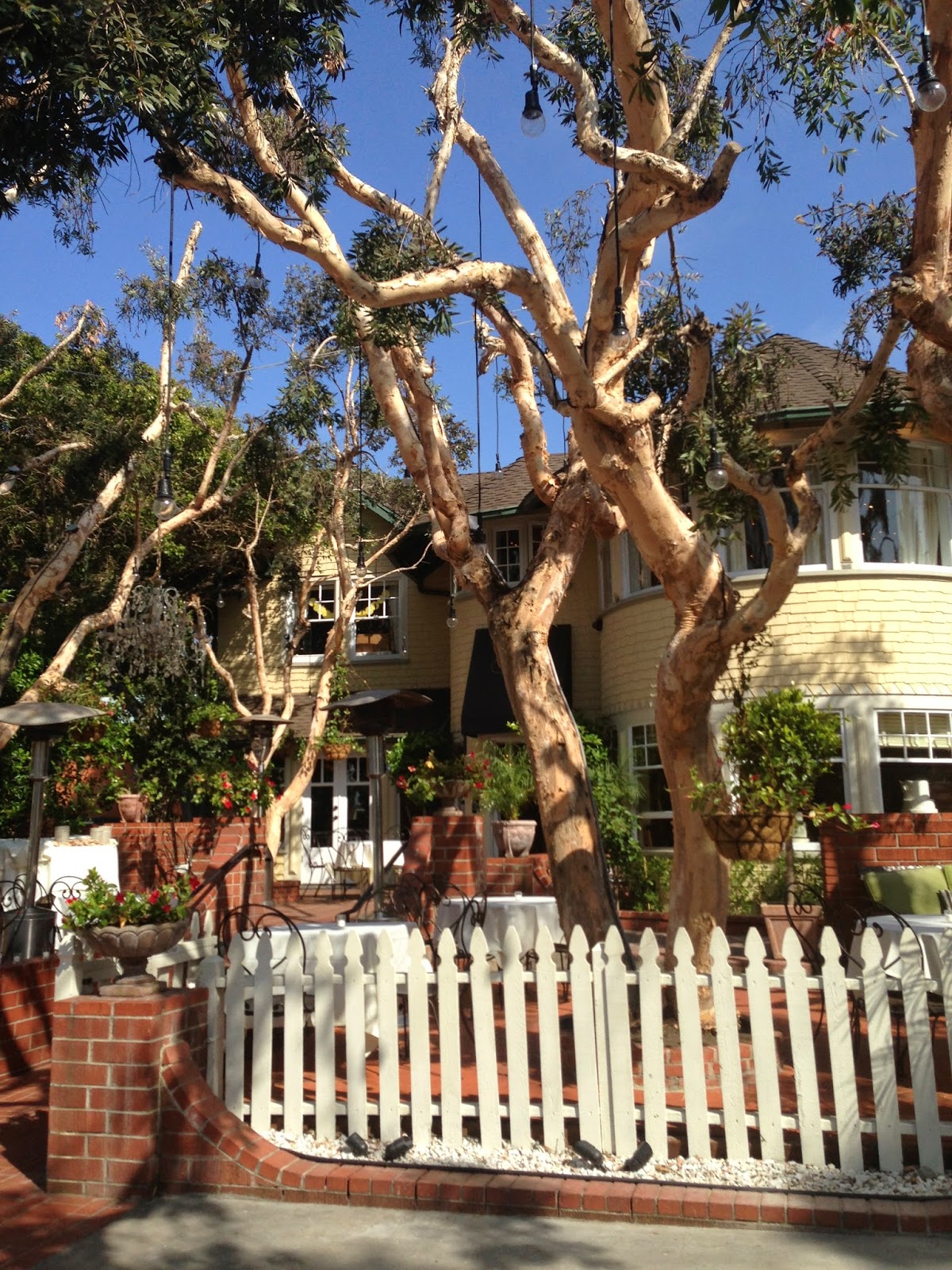 This place was absolutely gorgeous! And they decorated the inside areas with such cute touches 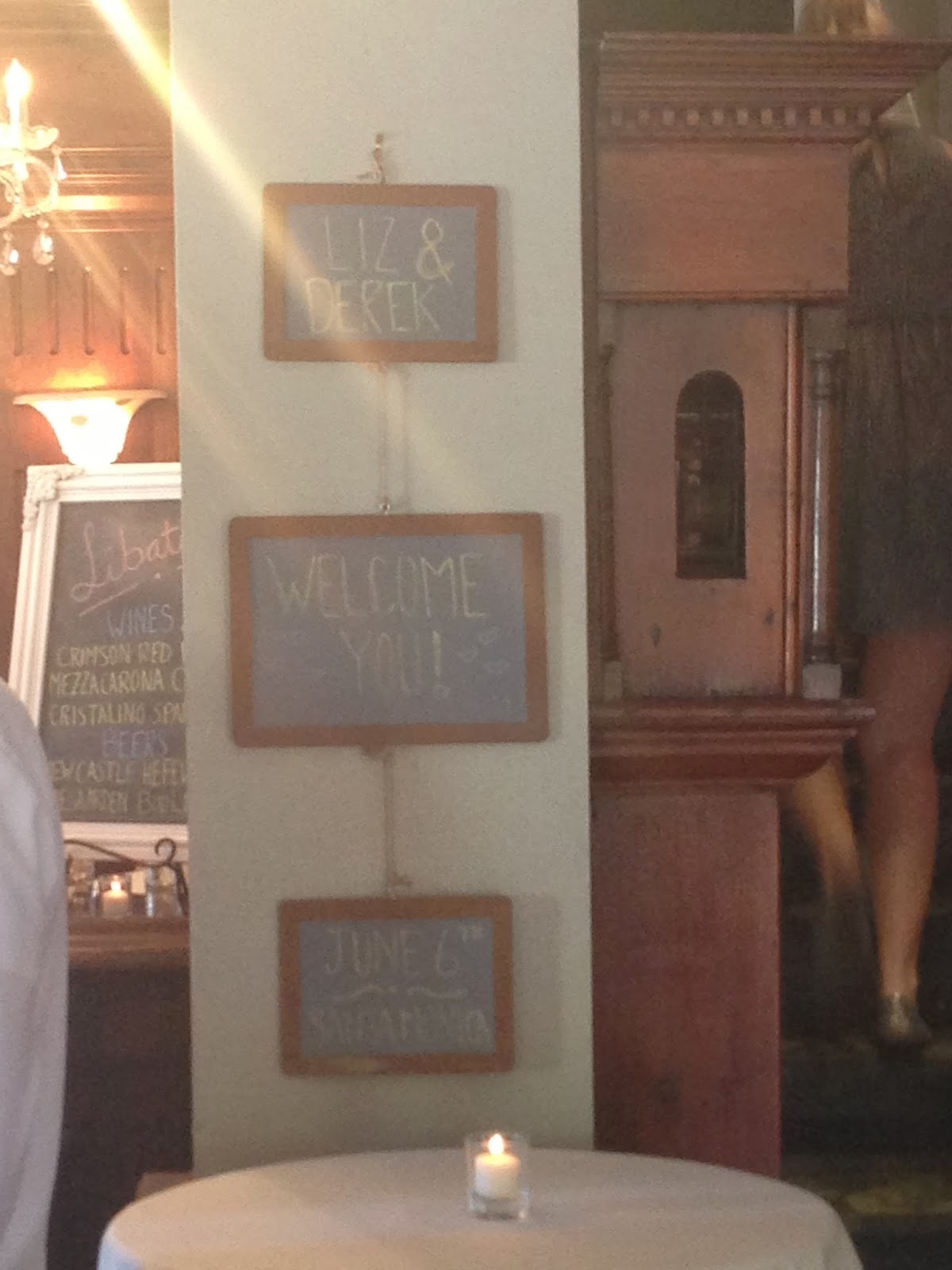 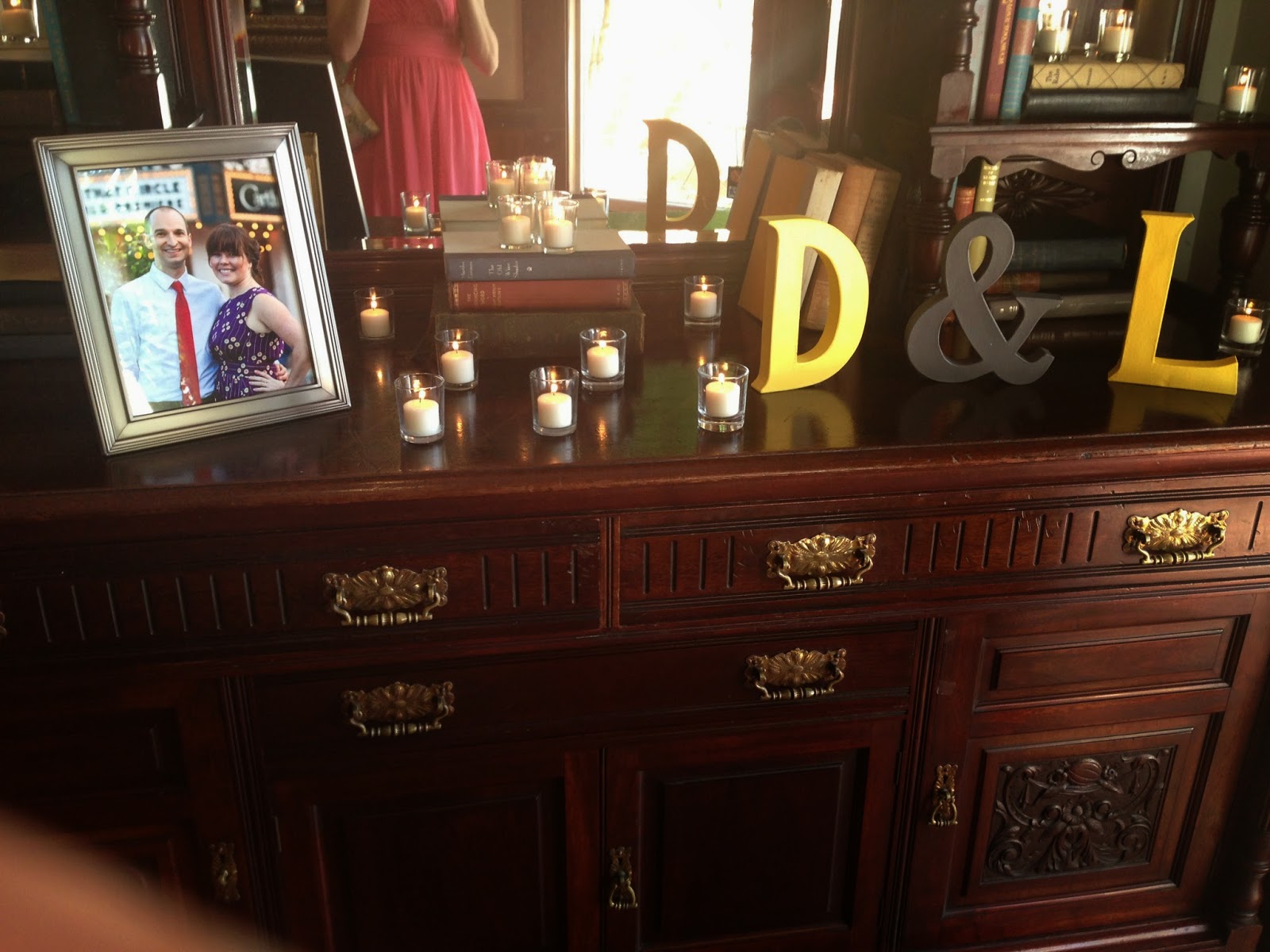 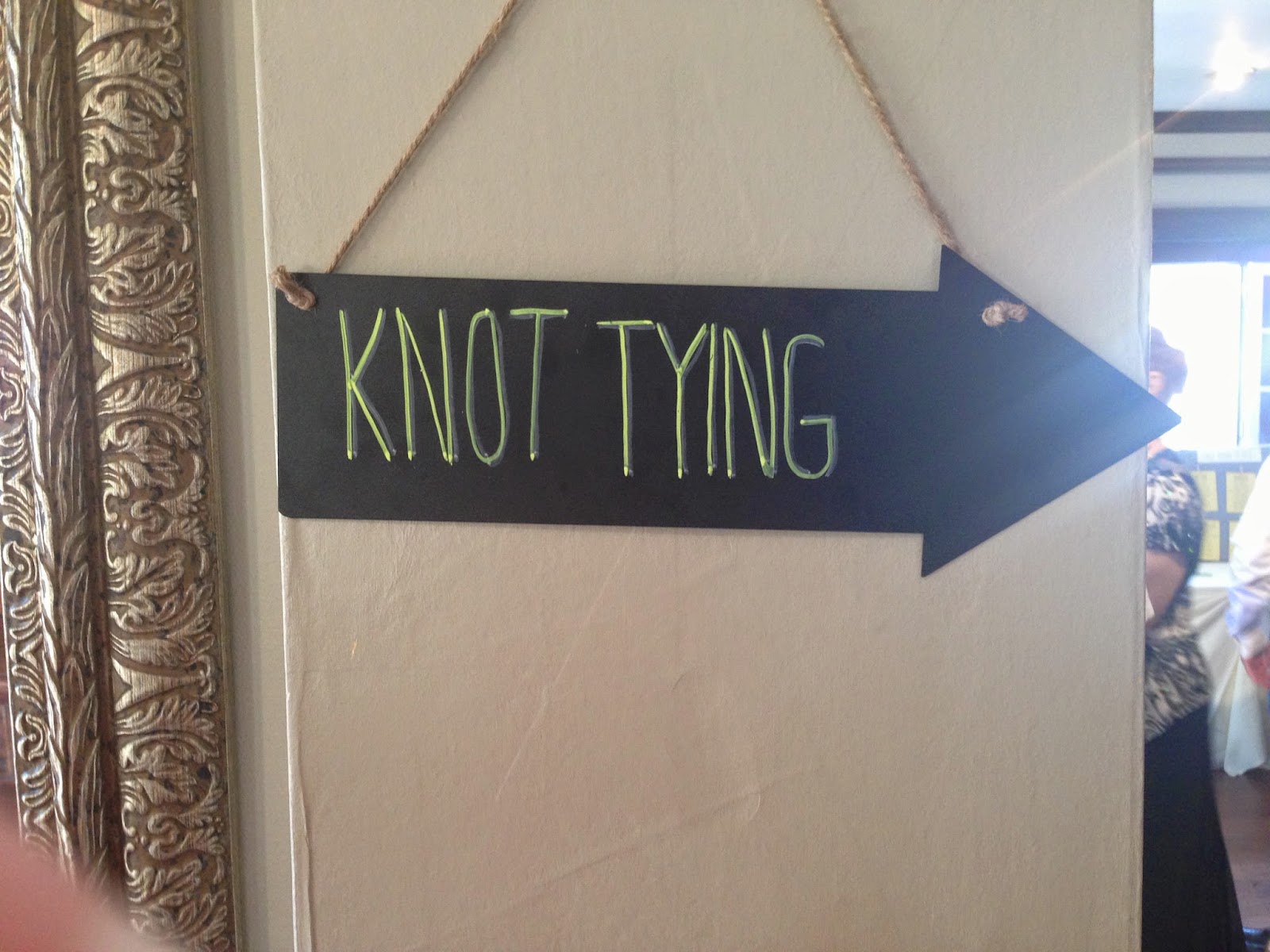 Derek was taking pictures with the groomsmen when we arrived so we grabbed a drink and waited outside. 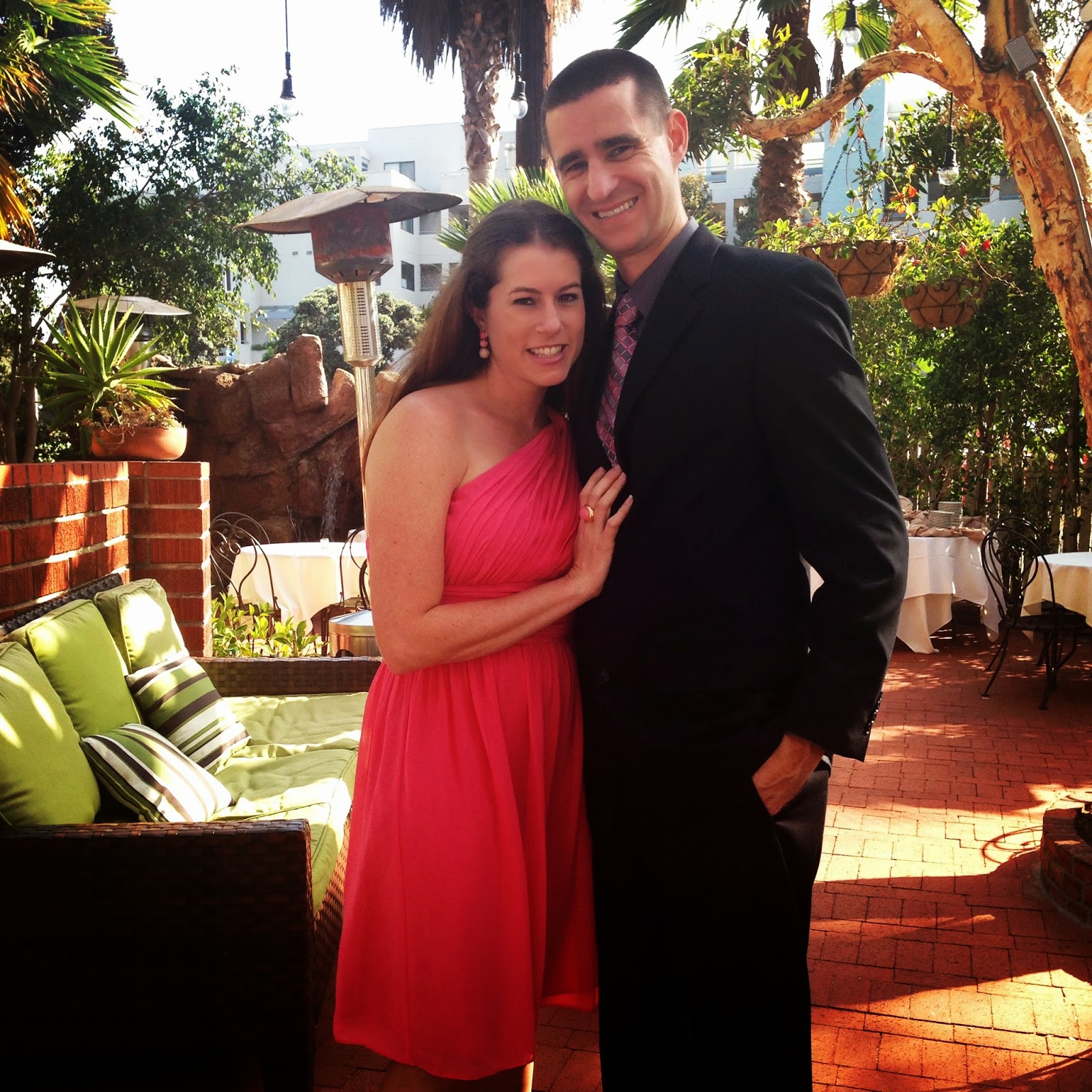 He came over after and gave me a big hug.  And I proceeded to get makeup on the shoulder of his white shirt.  I felt like such a jackass!  It wasn't a lot but I still felt horrible!

Anyways, the ceremony was upstairs right in front of this huge, gorgeous window.  They asked that the ceremony be unplugged (all cellphones off and away and no cameras) so I don't have any pics of the ceremony but take my word on how beautiful it was.   And the ring bearer had a bear hat on.  Too cute!

The ceremony was sooo Liz and Derek.  Funny and touching and sweet!  Liz looked gorgeous!

After the ceremony, we headed back down for the cocktail hour (which had lots of cheese--yum!!)  After that, we proceeded inside for dinner. (We were the Las Vegas table!) 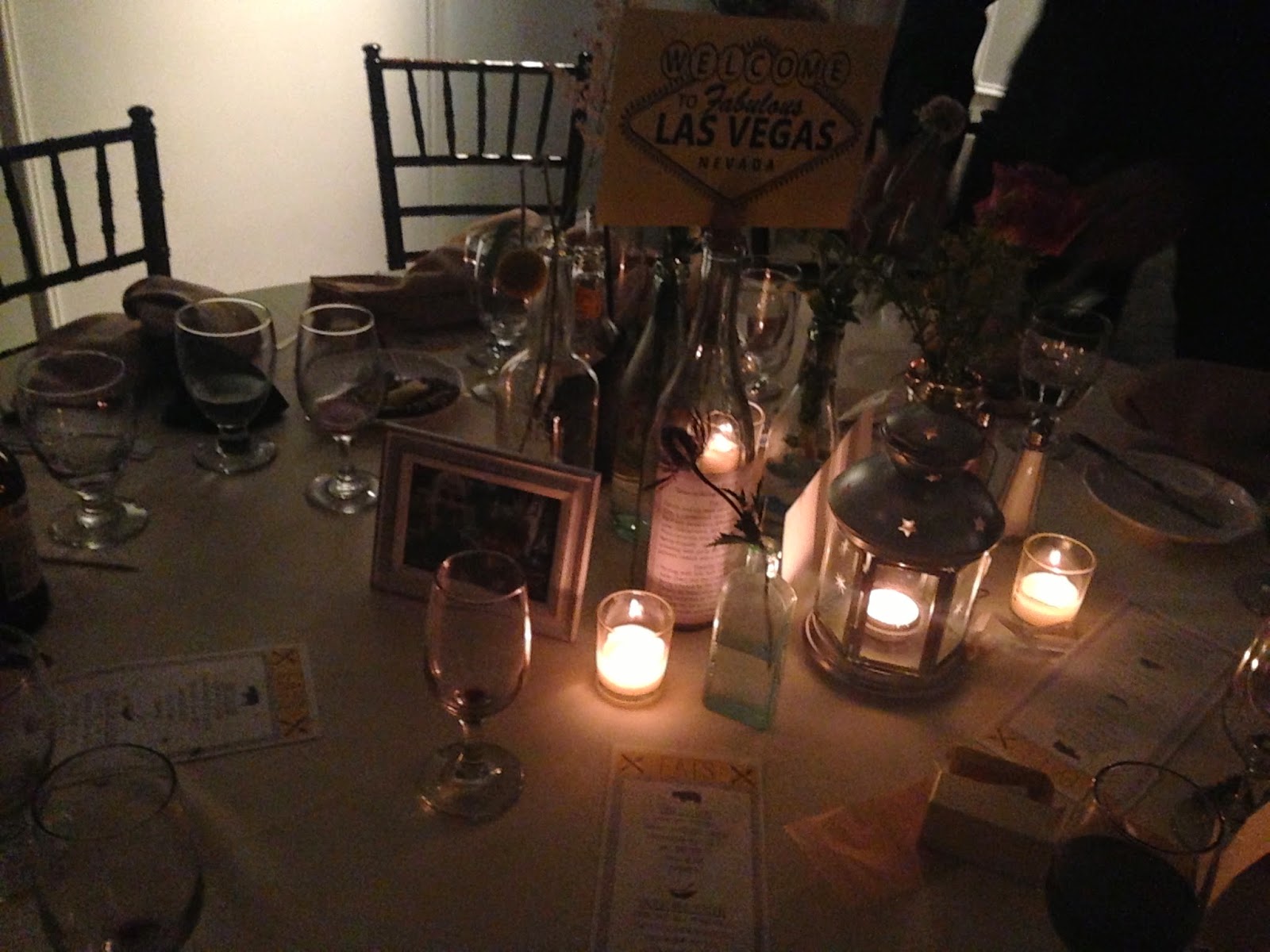 Dinner was a buffet with three main areas. 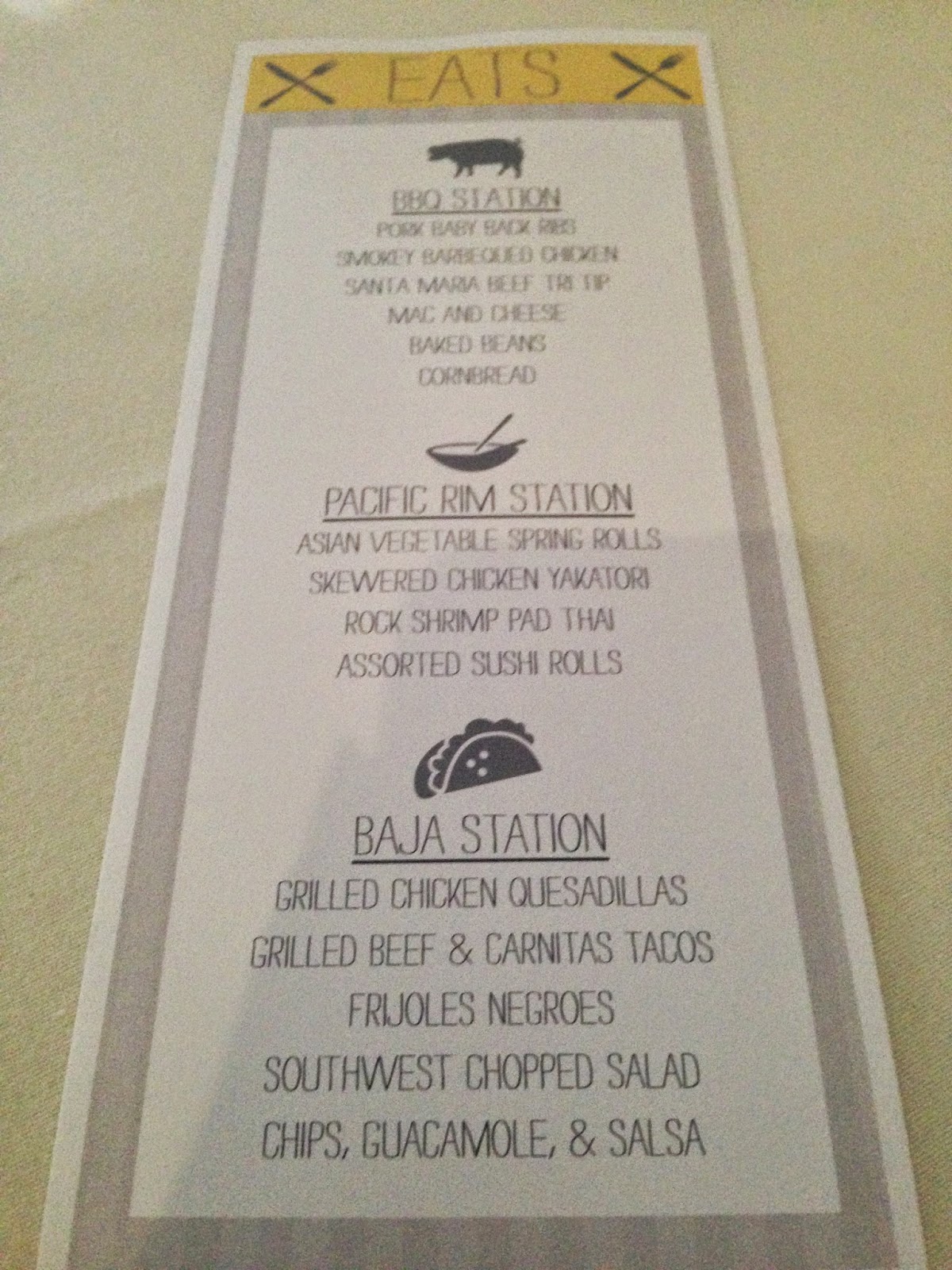 So non-traditional and so delicious!  Everyone stuffed themselves.  It was so good!

When dinner was over, we headed upstairs for dancing and fun.  And by fun I mean a blackjack table!  A pie buffet!  And a popcorn machine!  I was in heaven!

Derek and Liz looked so sweet during their first dance. 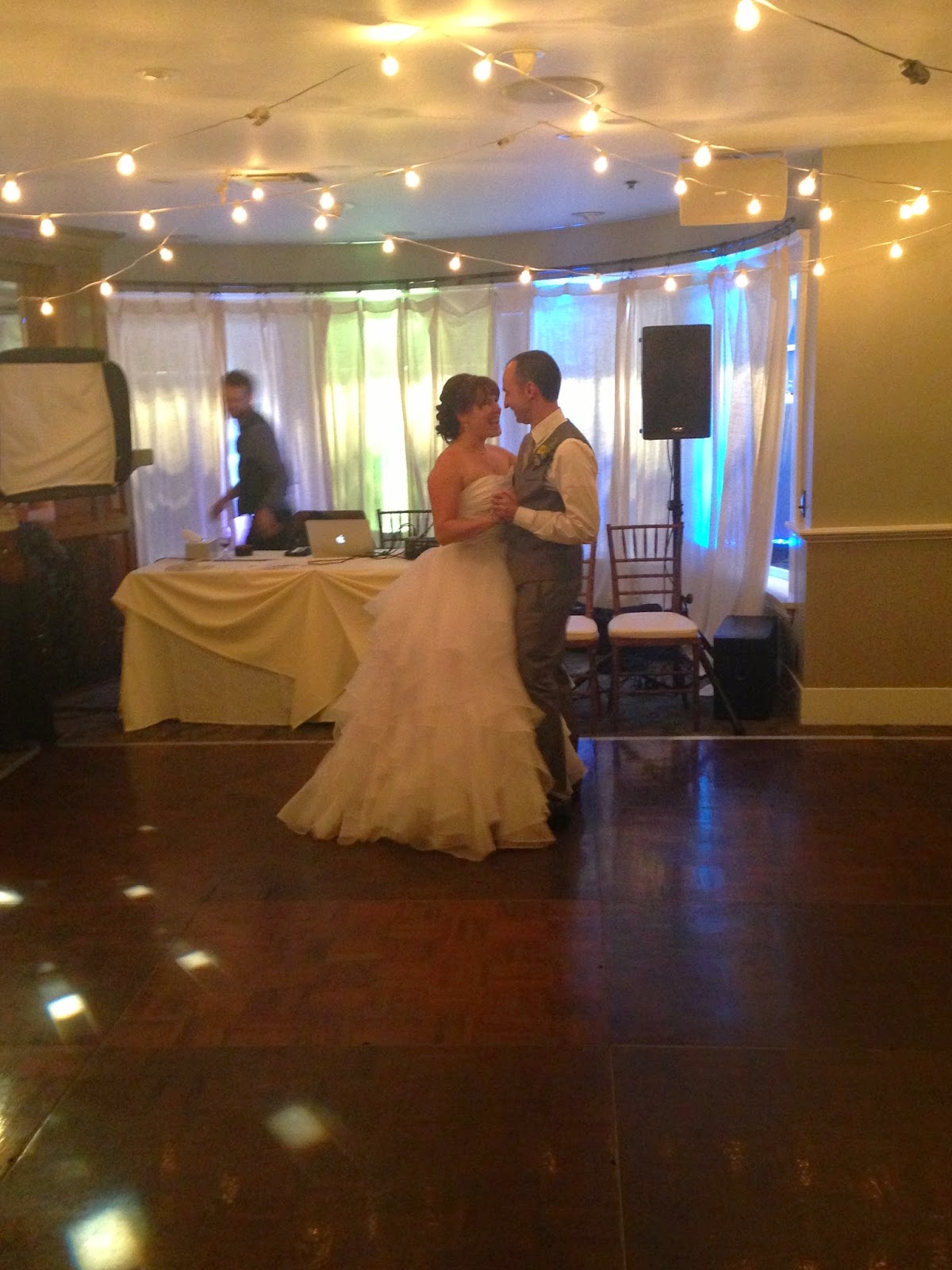 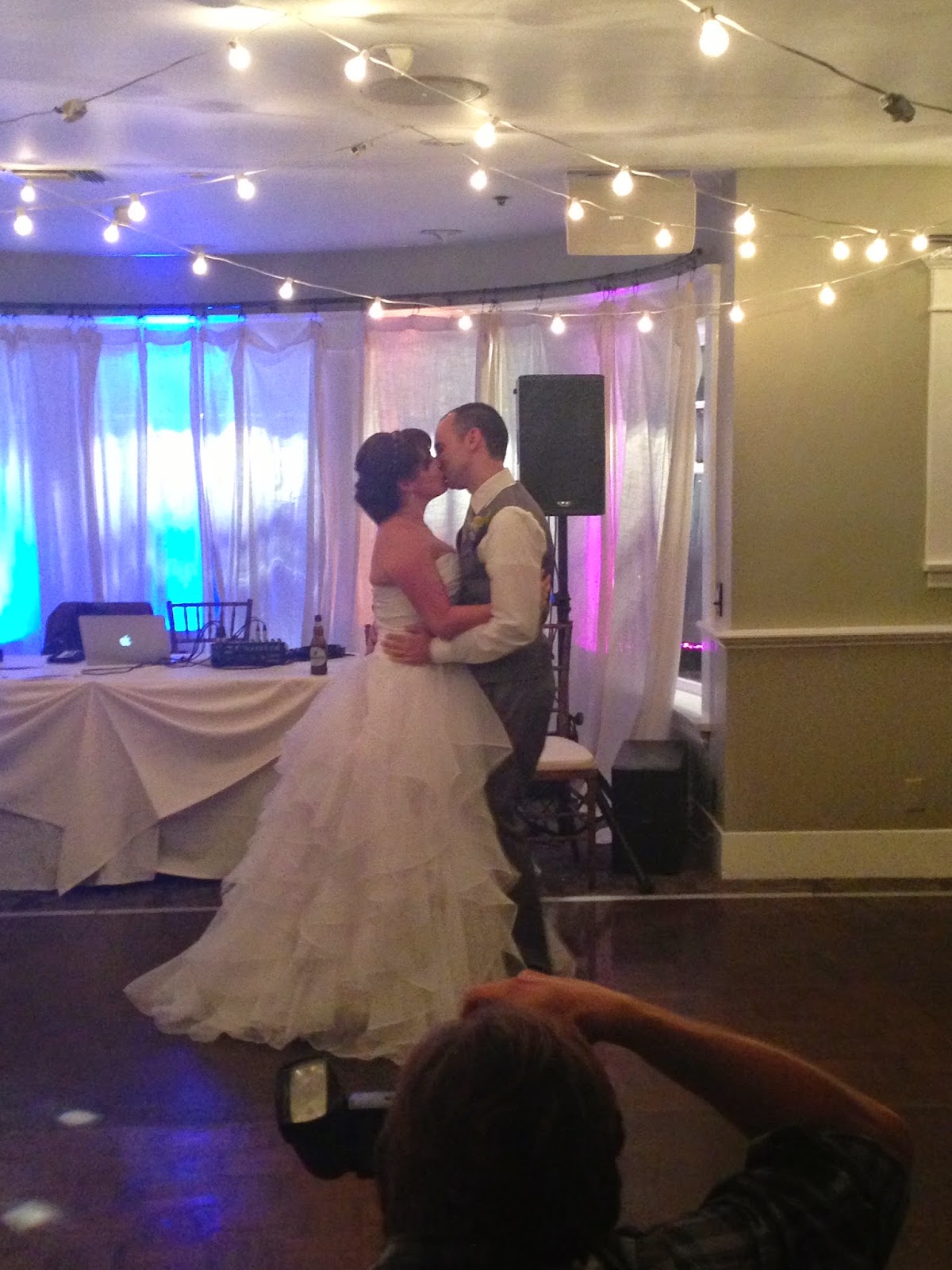 Derek worked on Frozen so there were a bunch of other guests who had also worked on Frozen.  And so the wedding just wouldn't be right without at least one Frozen song.  Love is an Open Door came on and it was so great to see a room full of adults singing along (and you know I was singing at the top of my lungs!) 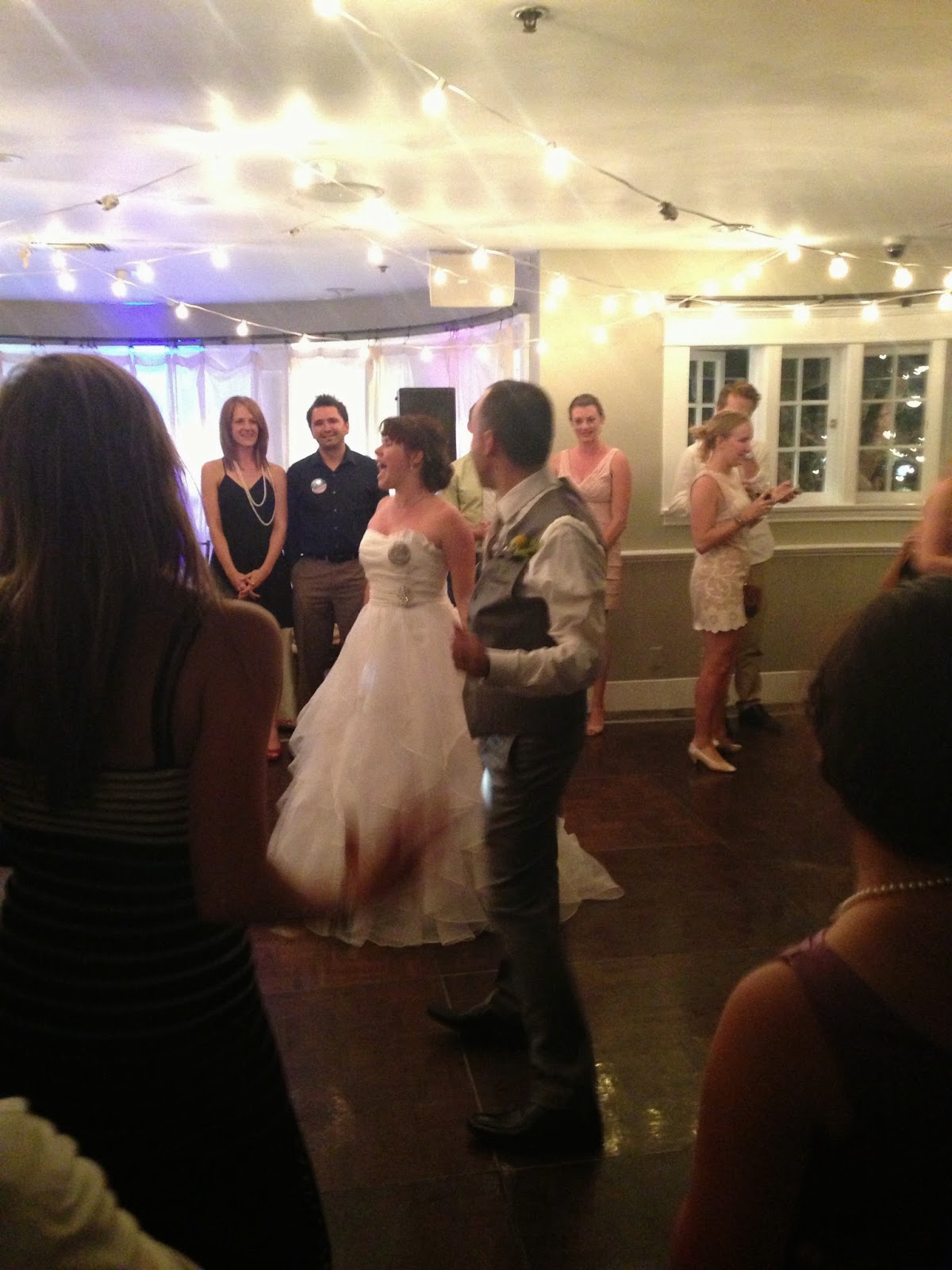 We had sooo much fun! 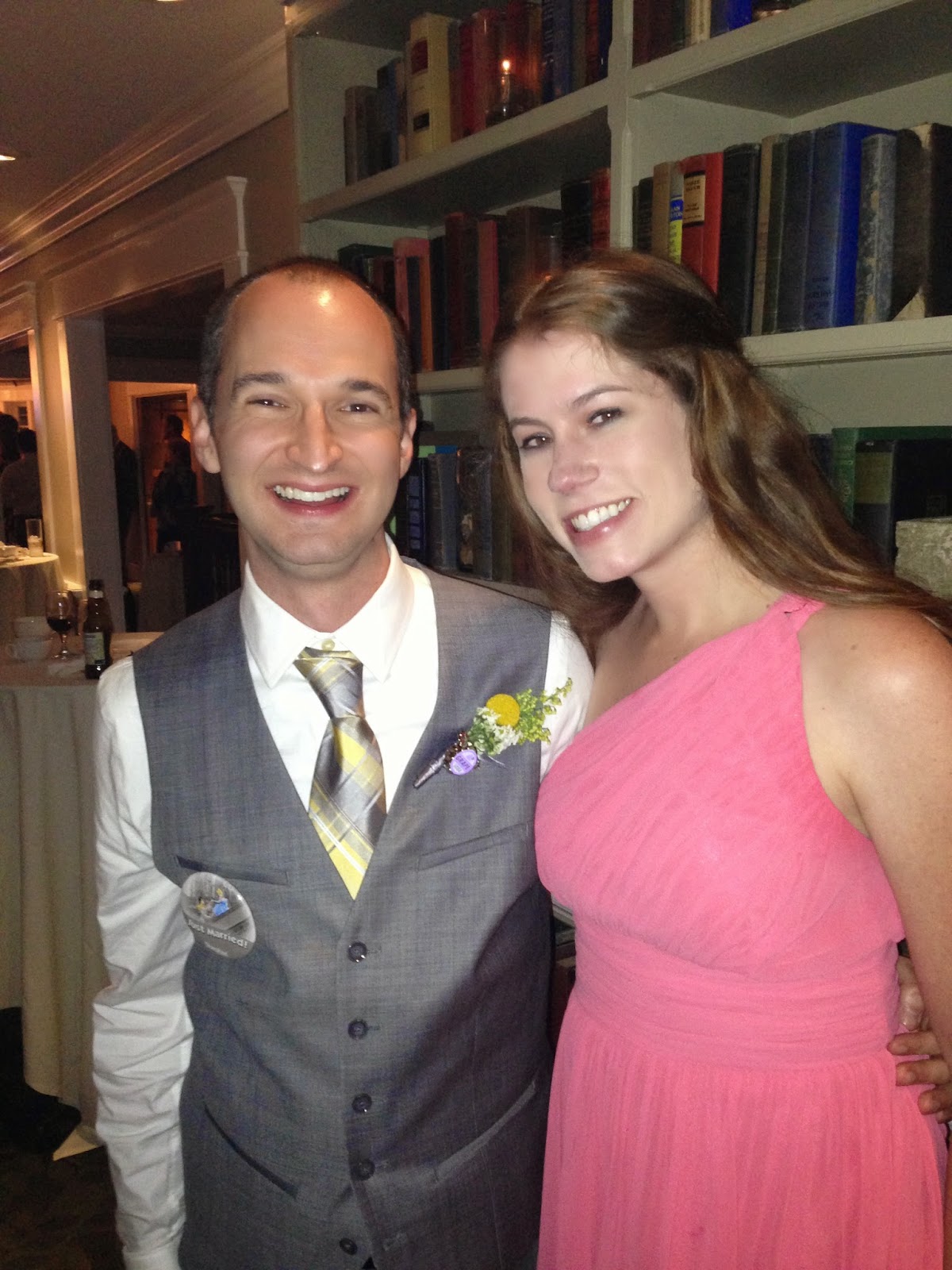 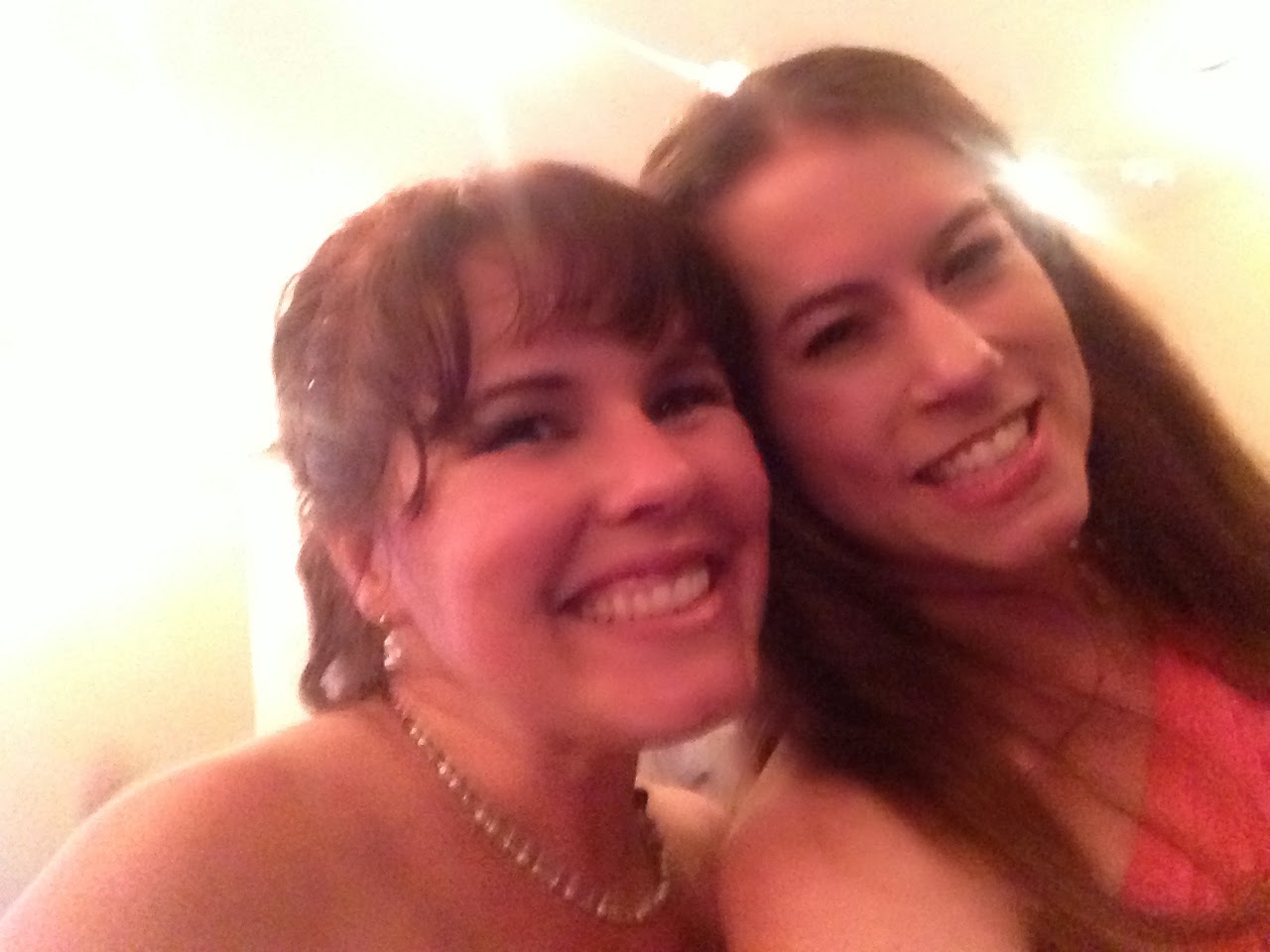 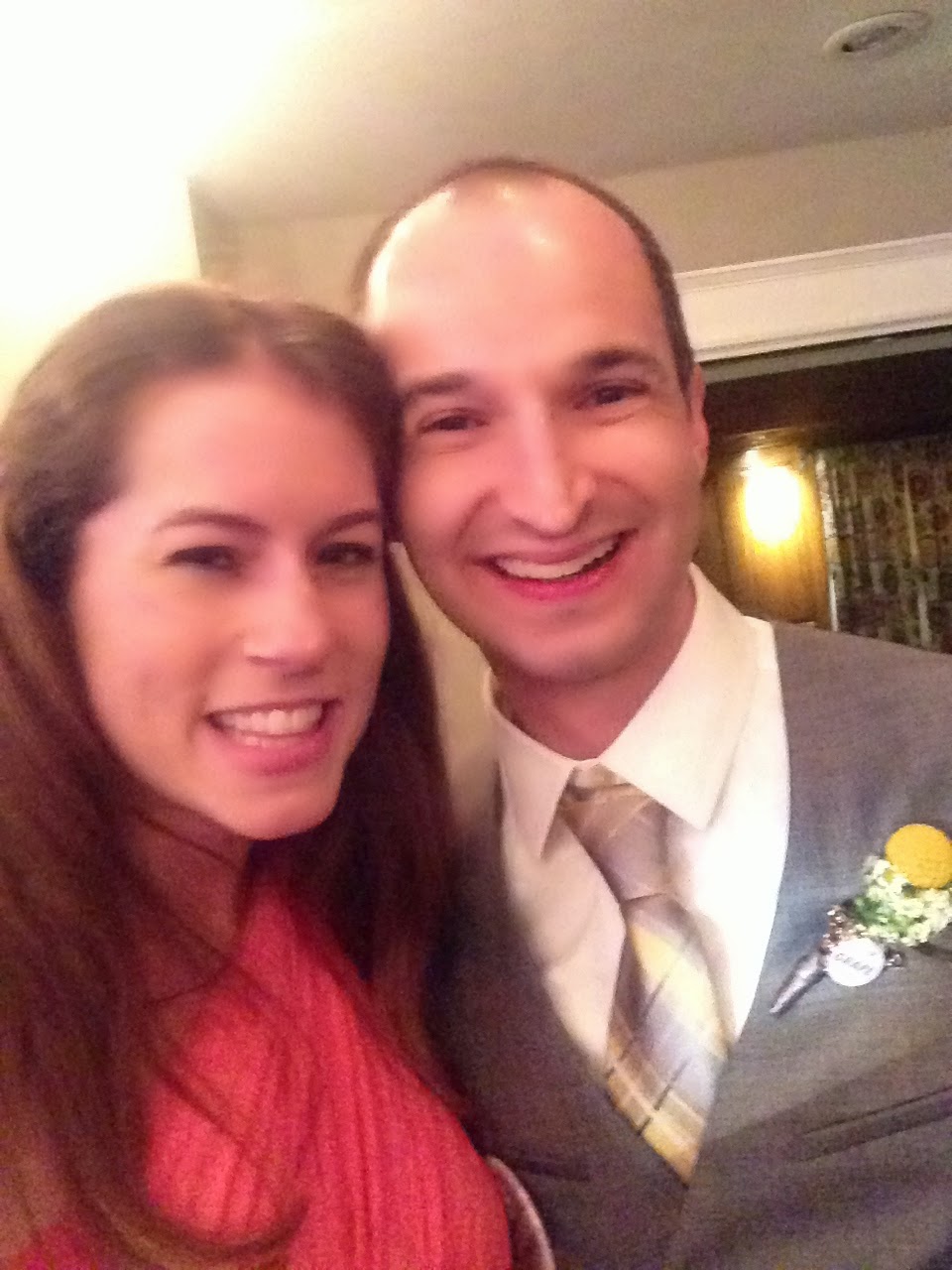 After the reception was over, we headed outside for an fun picture.  Lara, one of my friends from many years ago at the Movie Ride was also at the wedding.  So we had to take a picture with these statues that were outside. 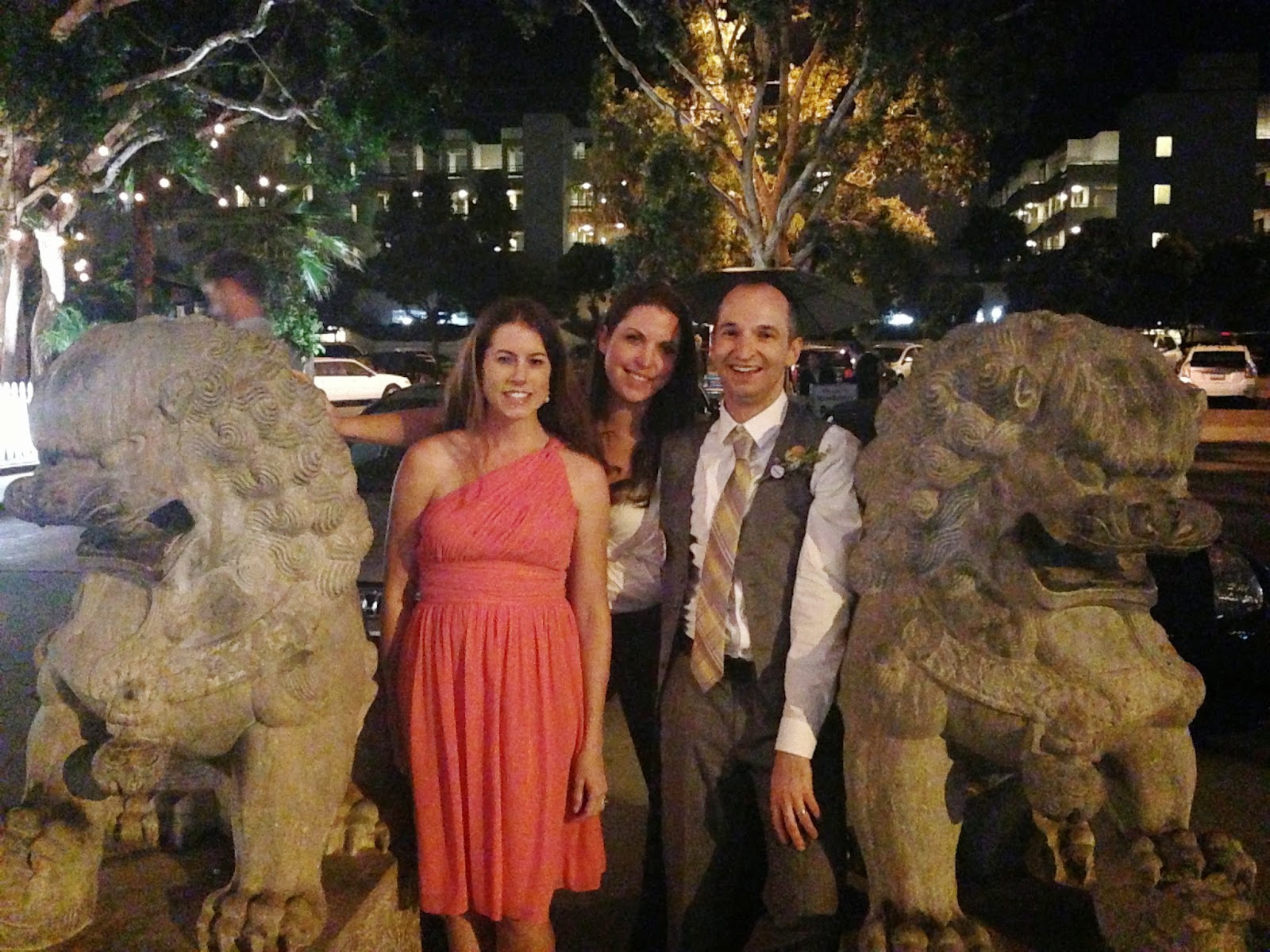 Apparently, late at night, The Victorian turns into a full blown club.  Several of us (bride and groom included) decided to stay.  They gave us our own roped off area to hang out in and gave us a bottle of champagne and drinks, true VIP style. 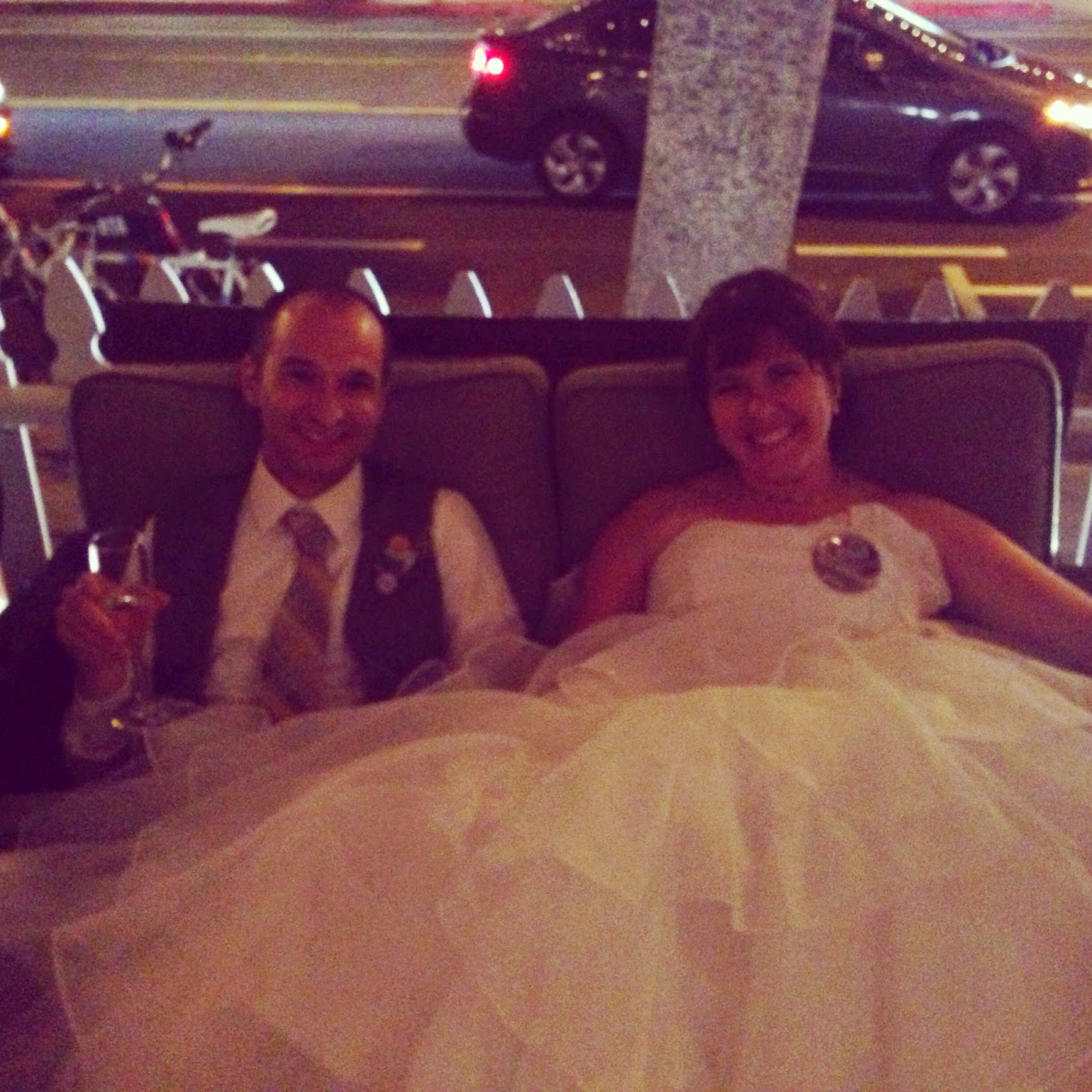 It was so great to see Derek and Liz and to see Derek's family again.  It was such a fun night and one that won't be forgotten.

Congrats Derek and Liz!!
Posted by Andrea at 9:13 PM