We got up early on Saturday and headed to the airport.  This time was much easier than last time.  Absolutely no traffic and we got to go through the TSA pre-screen or whatever its called where they swipe your hand with something and put it into a computer.  Then you don't have to take out your laptop or take off your shoes.  Makes the line go much faster!  We had plenty of time to grab McDonalds for breakfast.  And the highlight of the flight?  I always like to sit by the window so I can try to see Disney, specifically the Magic Kingdom.  I was so close!  I found the Swan & Dolphin and the studios but the plane went by too quickly for me locate more. 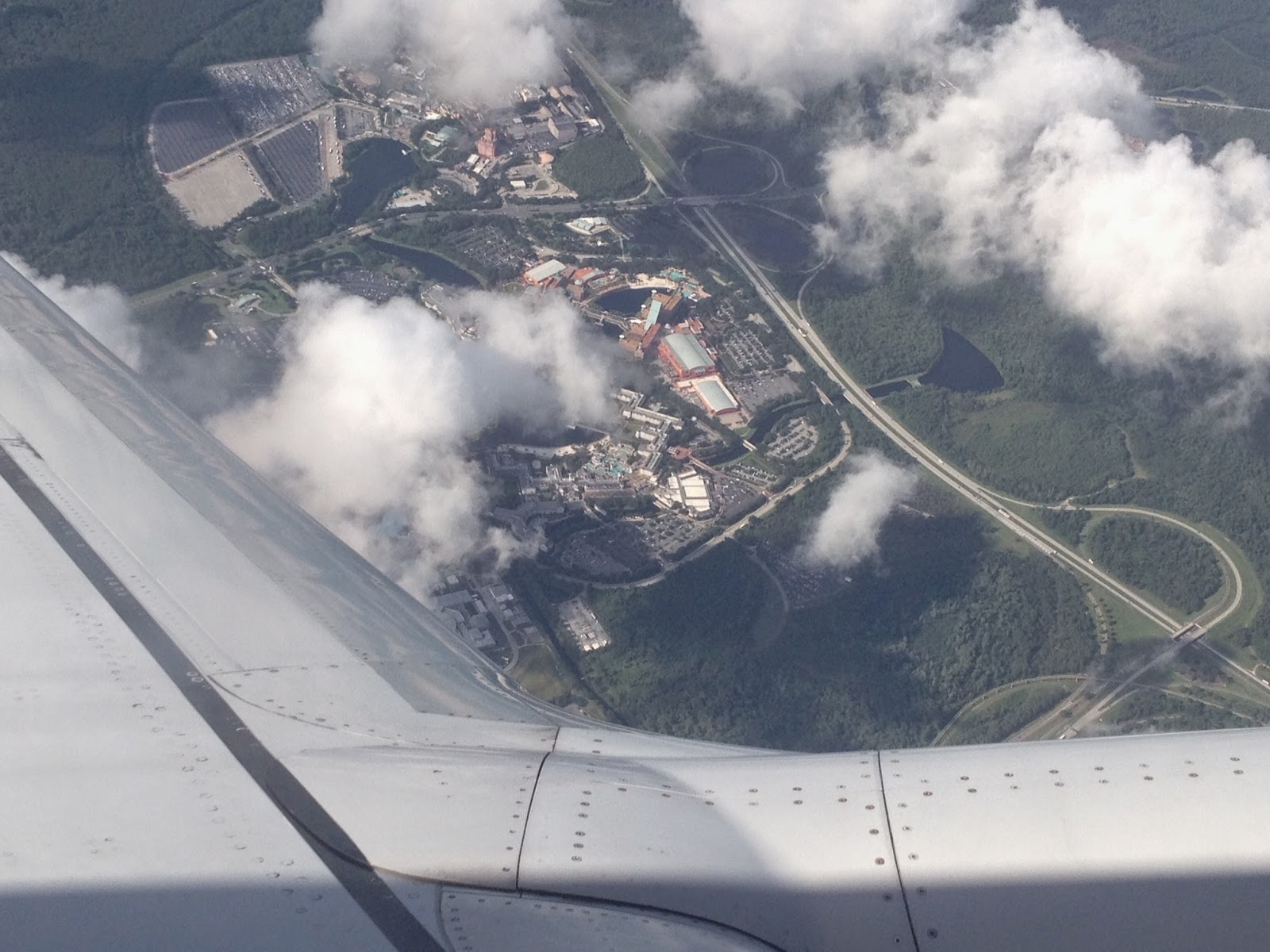 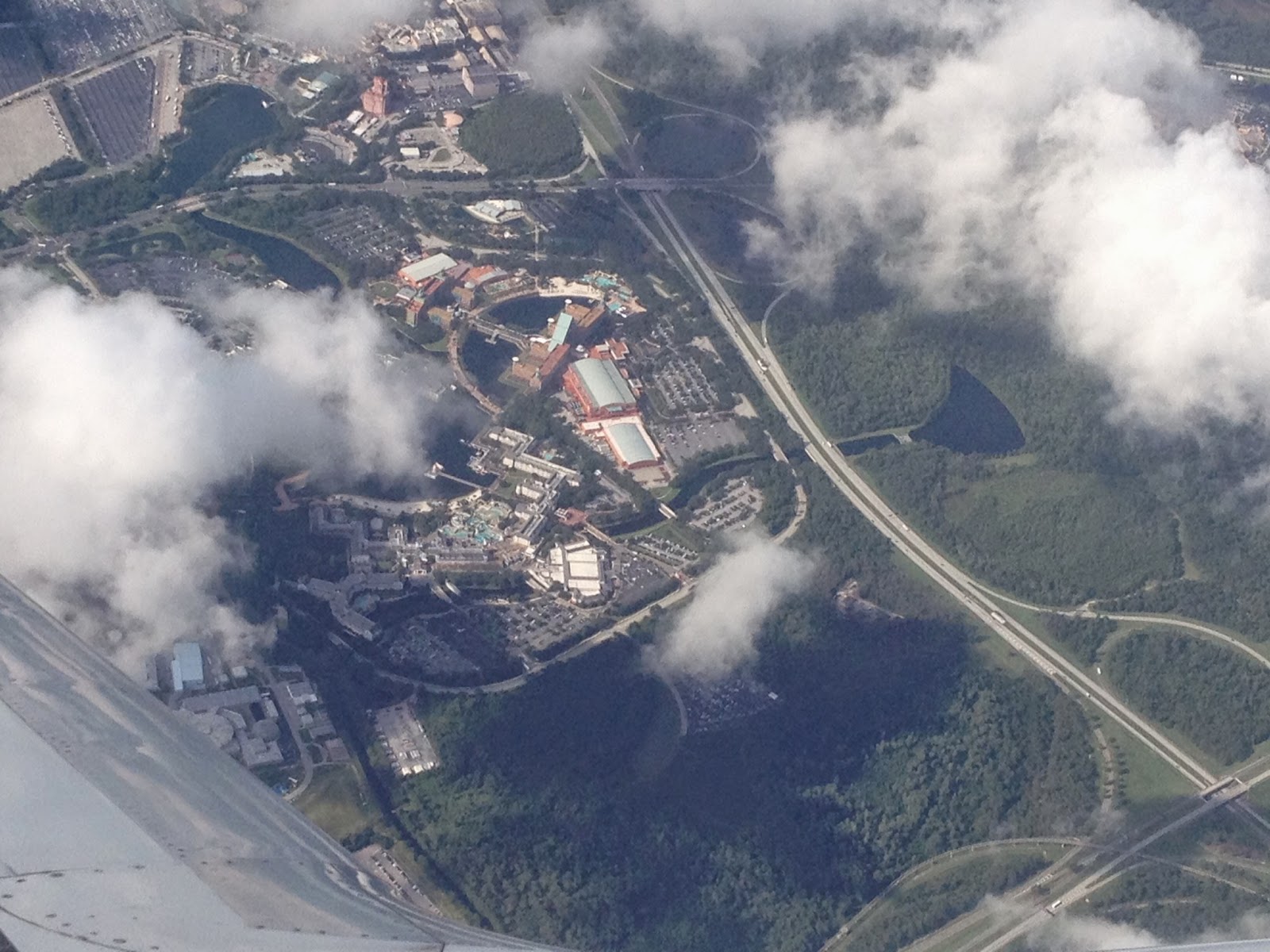 We landed in Denver and Kim & Kyle picked us up.  We met his dad at the Olive Garden for a quick lunch.  I had their famous salad and breadsticks and tried a soup there for the first time--a creamy gnocchi.  It was really good!

Then we drove threw the Rocky Mountains for 4 hours to get to Grand Junction.  Kory & Kyle lived there for some of middle school and high school and Kenny and Tasha live there again now and were graciously letting us stay the night there. 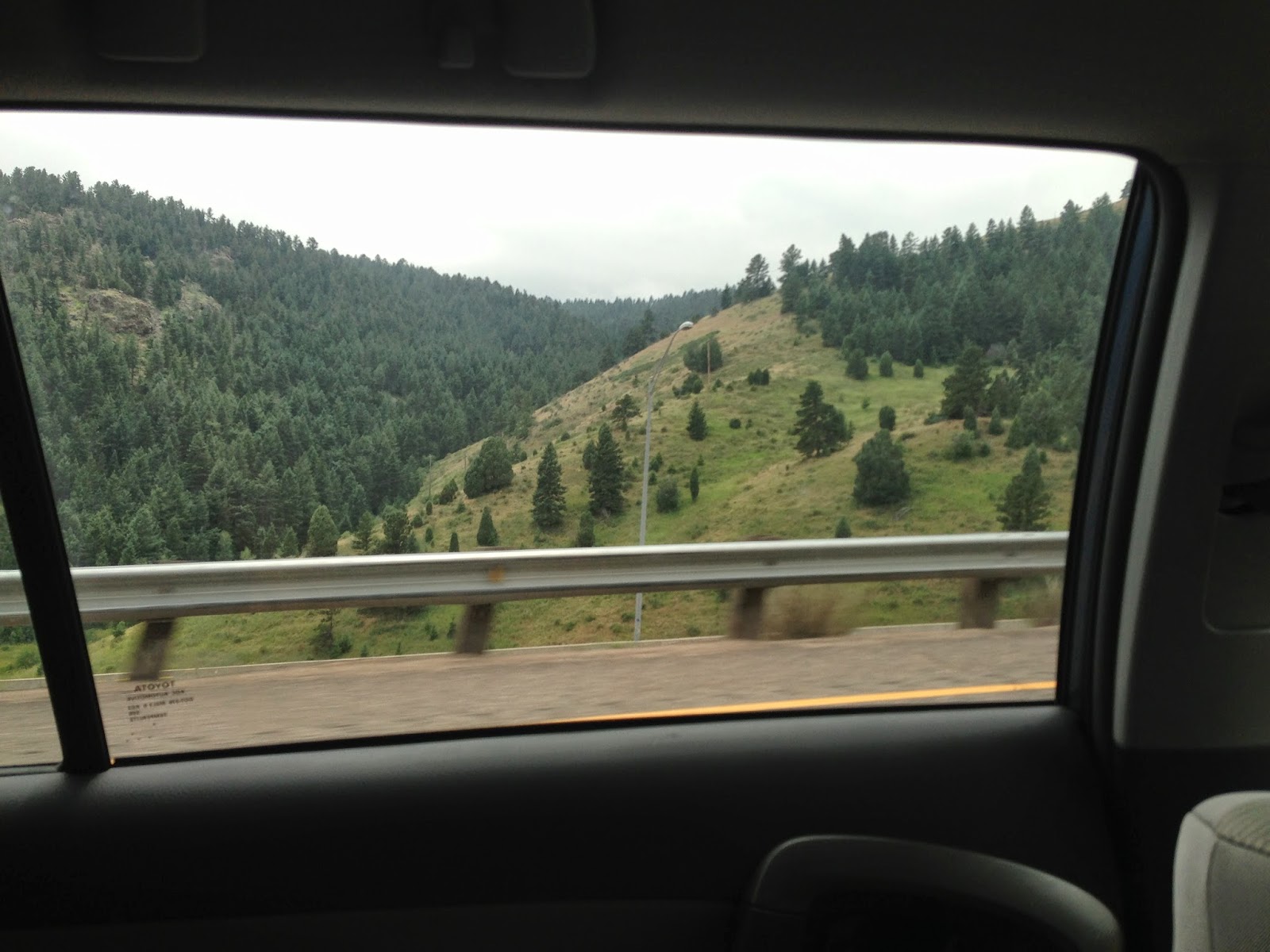 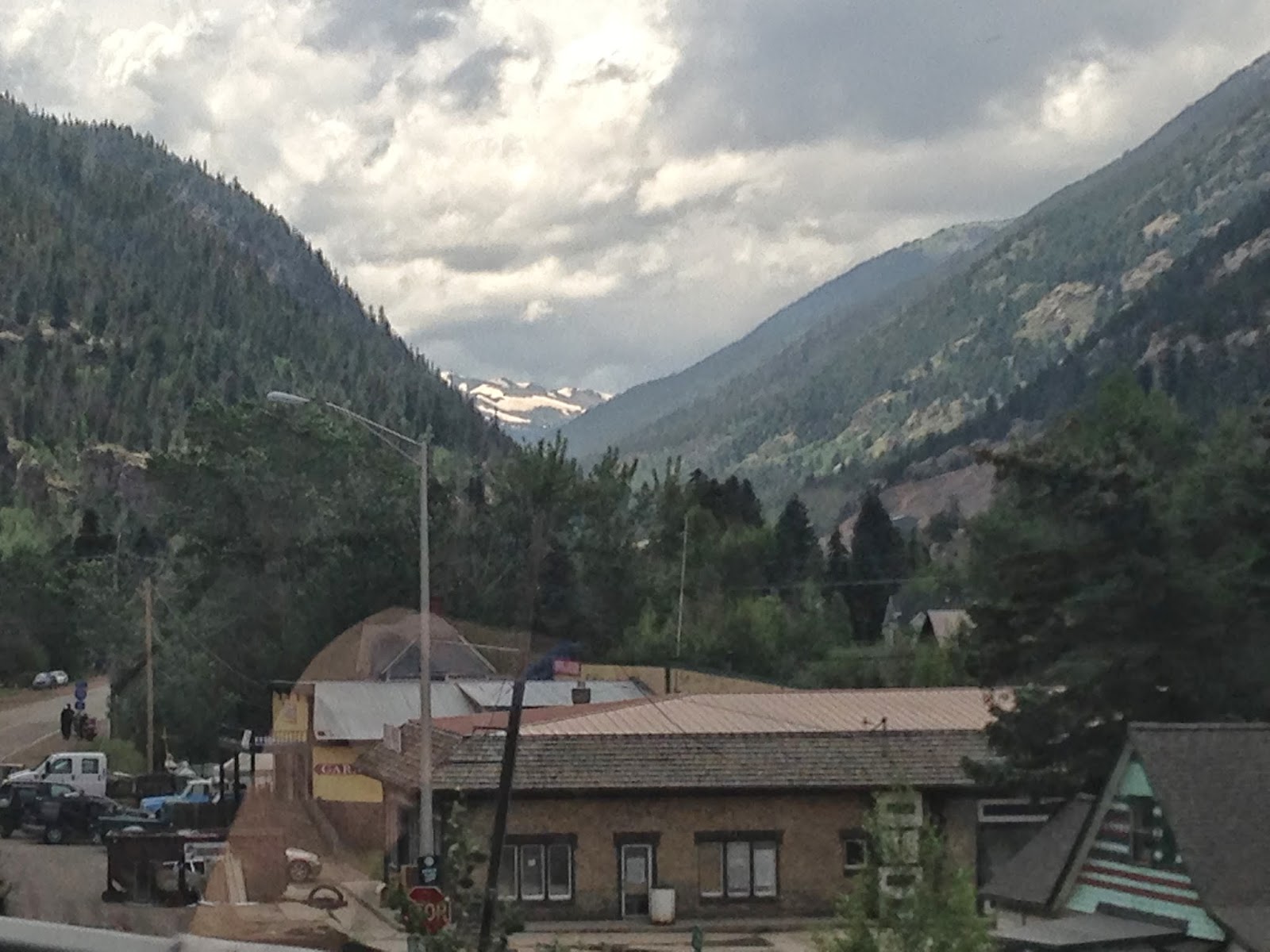 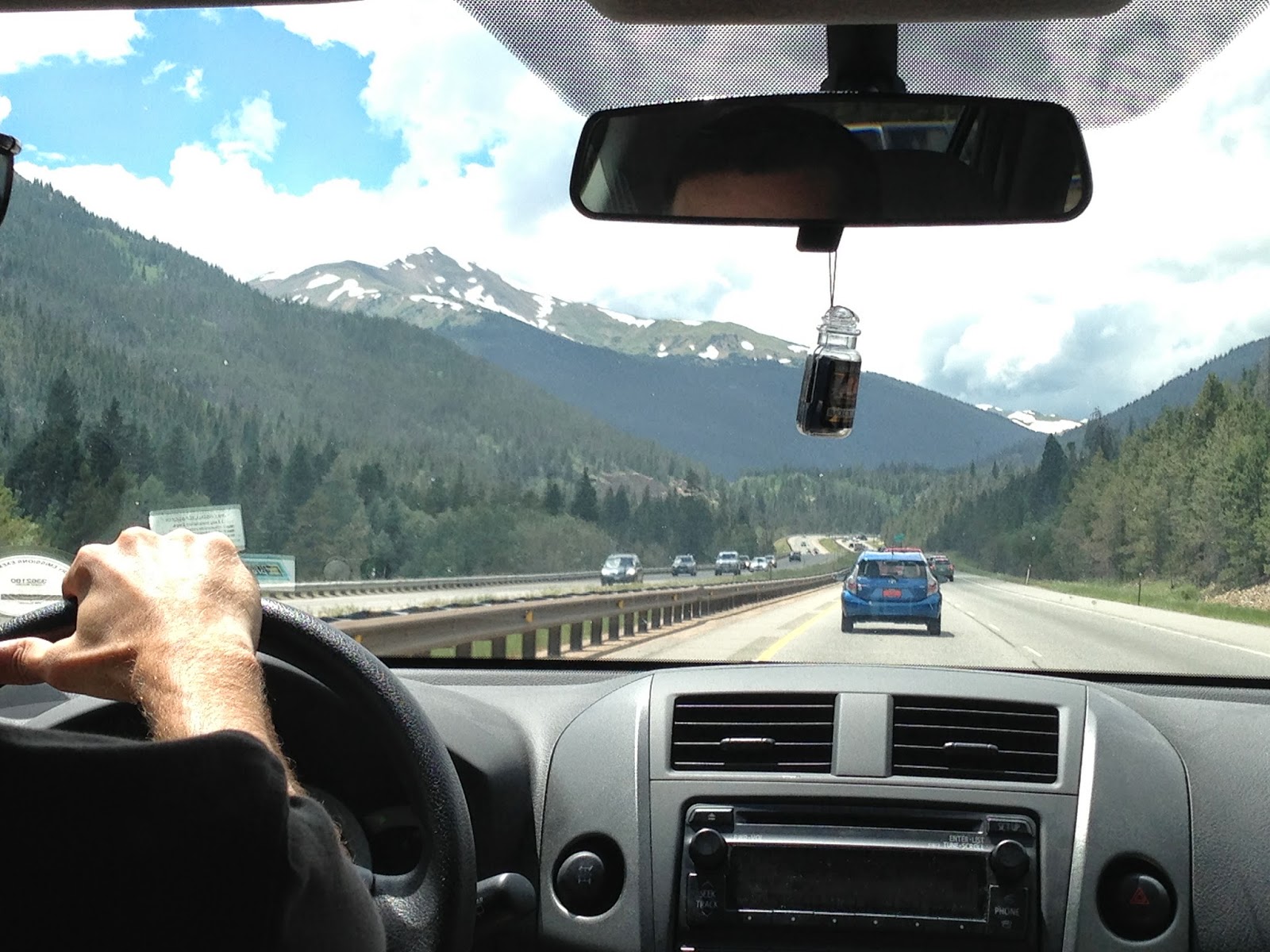 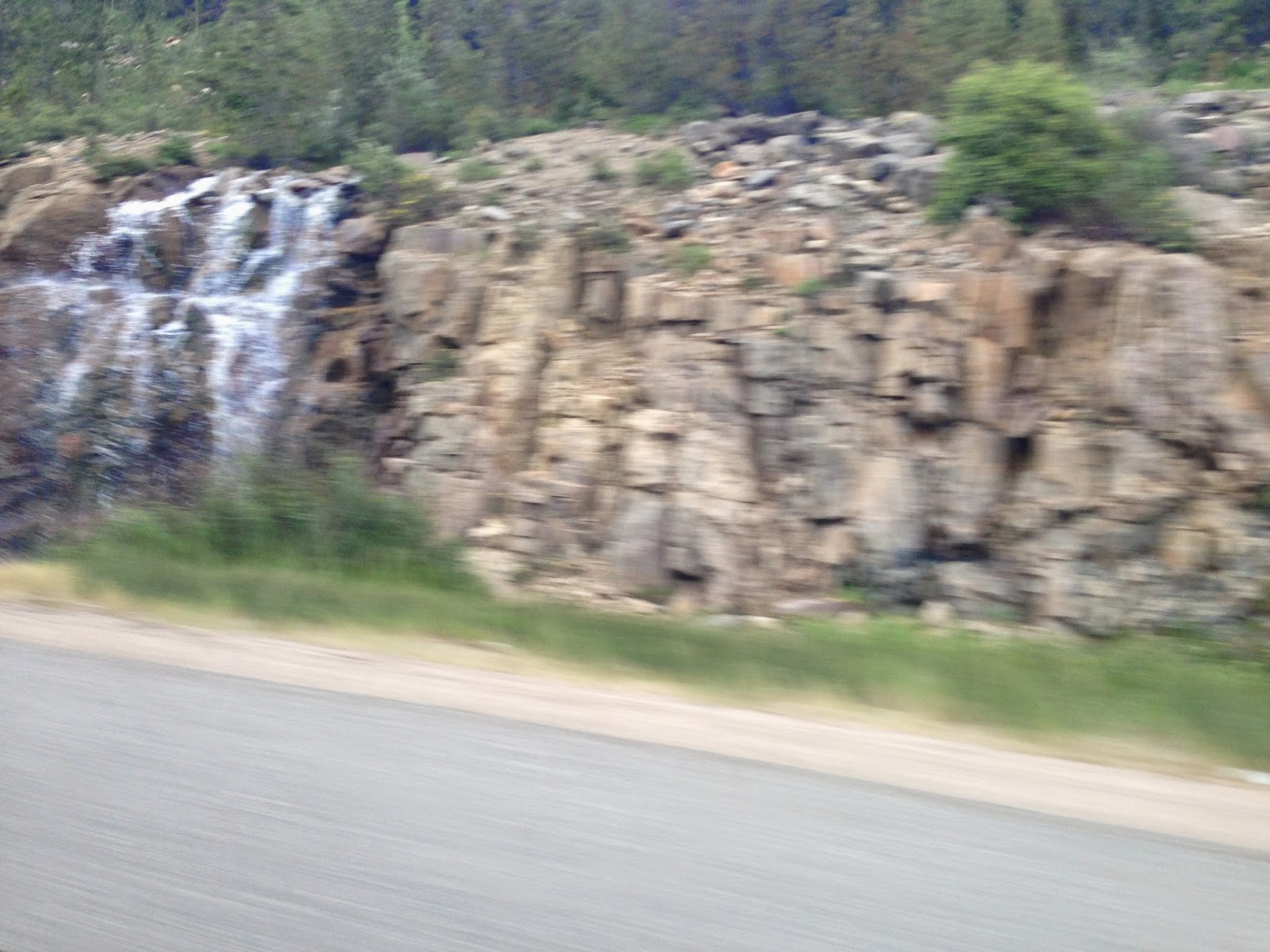 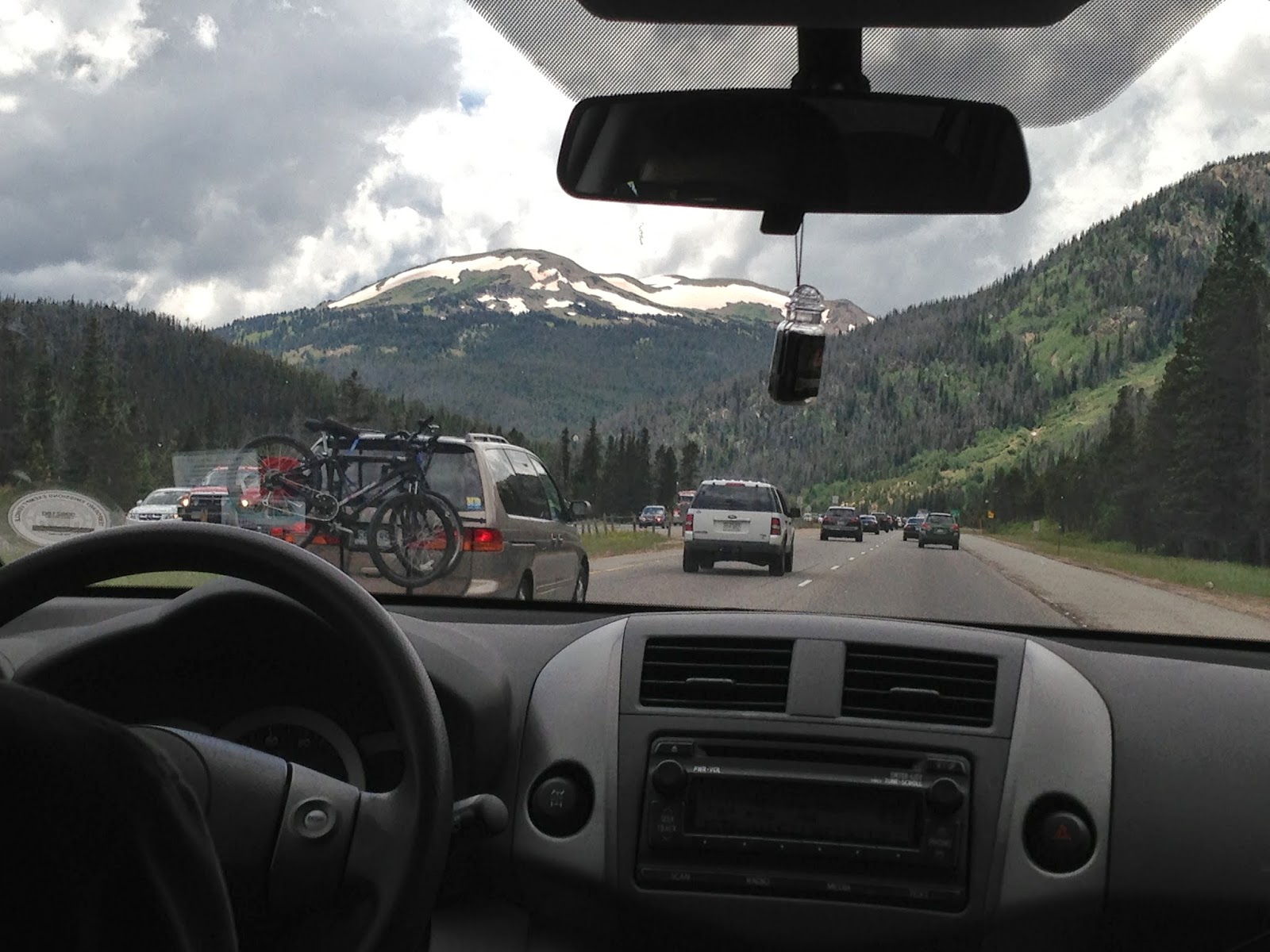 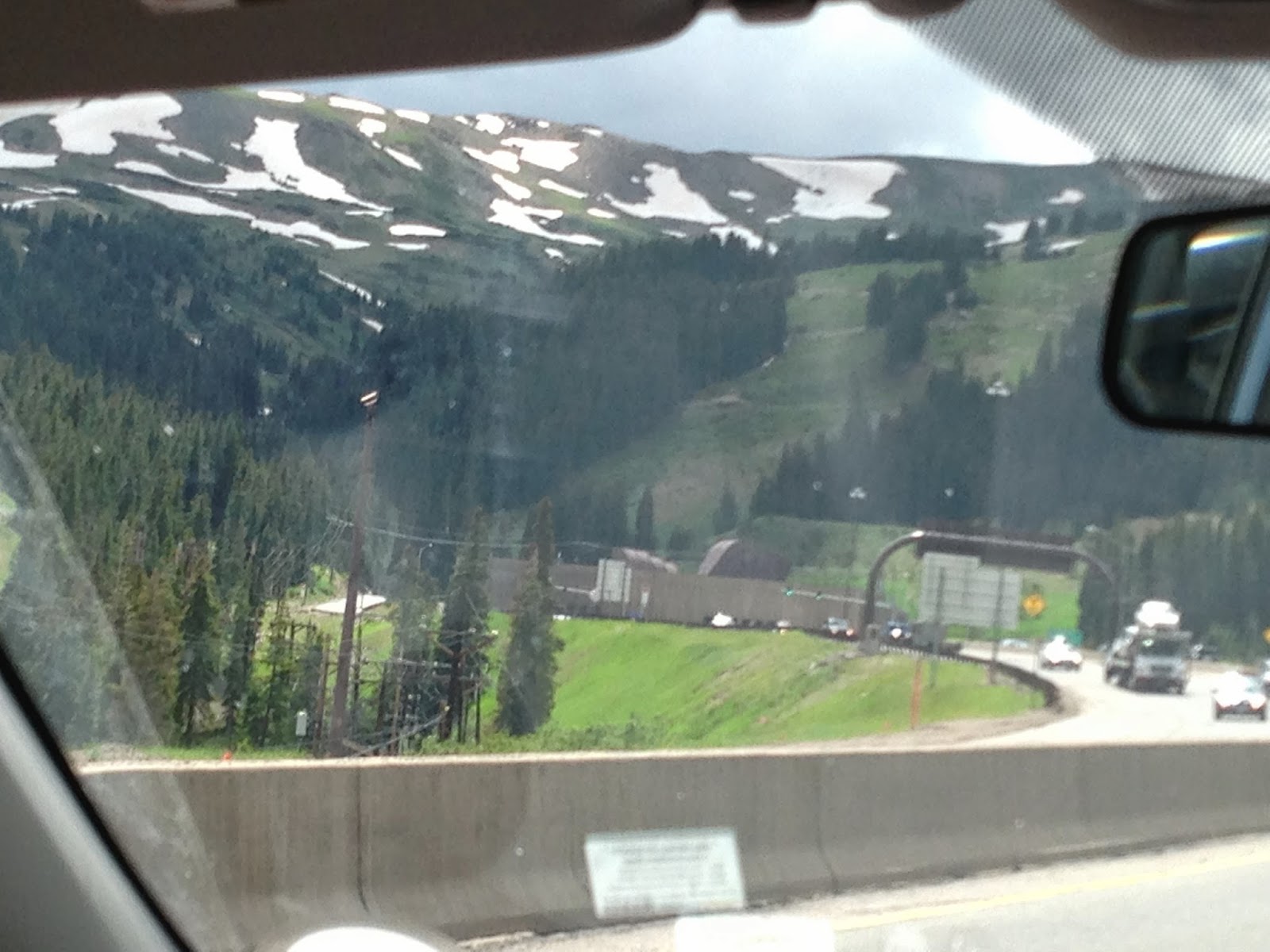 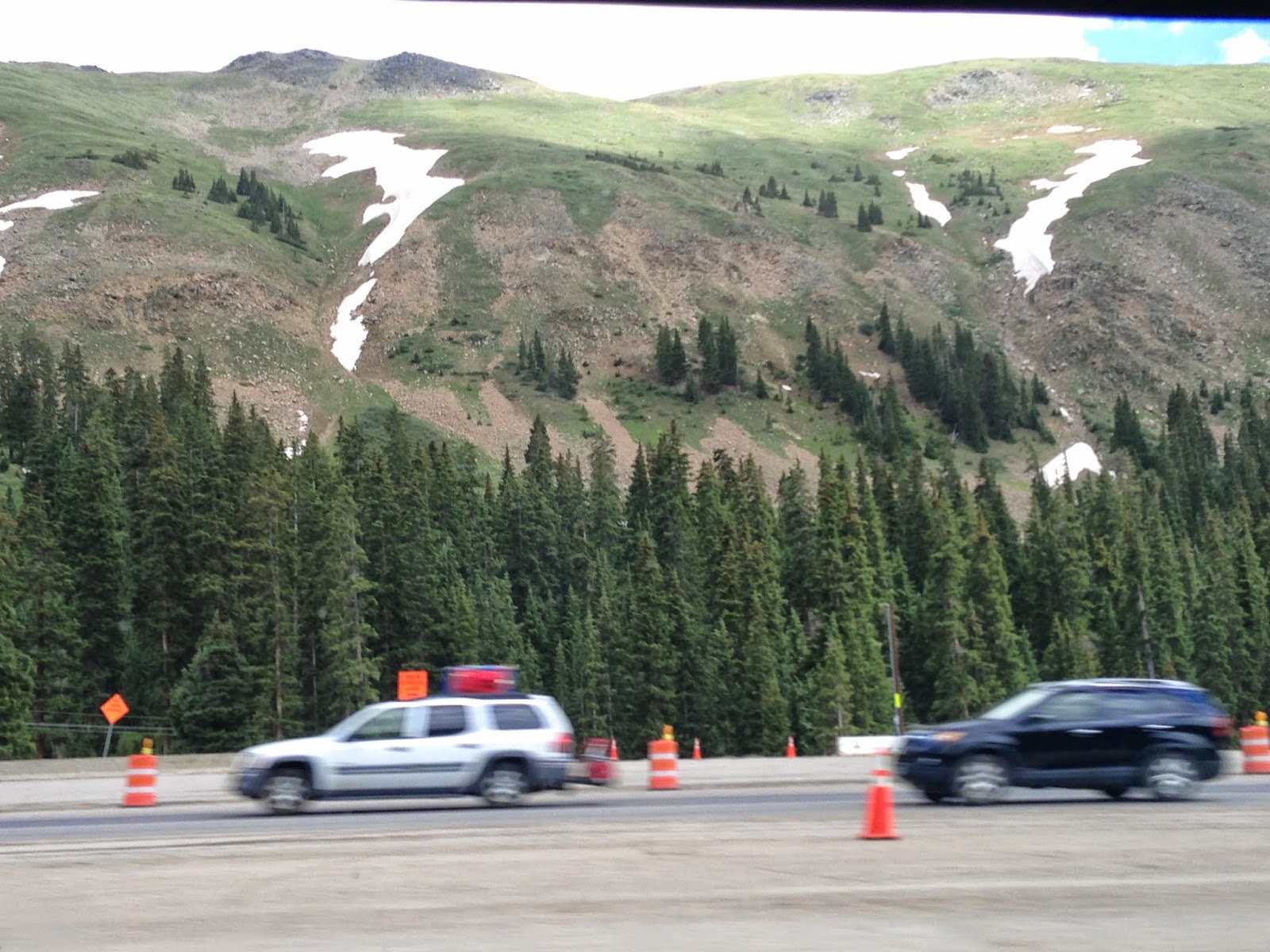 They kept teasing me about the snow because they know how much I hate it.  And how I'm amazed that it still snows in the city late into the year.

But anyways...ya know how you imagine something one way and then find out its another way and your thinking is completely off?  Well, for some reason, I thought of Grand Junction as a full on city--like a smaller Denver.  But the only thing we saw that afternoon when we got there was mostly rural or small townish.  Nothing wrong with that by any means but just not what I had pictured in my head!

We got to Kenny & Tashas and chatted for a while and enjoyed a drink. Then we went to dinner at Dos Hombres with their two kids, Drake and Piper.  Drake is so much like Kenny and Piper is exactly like Tasha.  She's a spitfire and gave Kyle such a hard time & put him in his place.  Loved it!

We had guacamole and queso for the appetizer along with a strawberry margarita.  Yum! 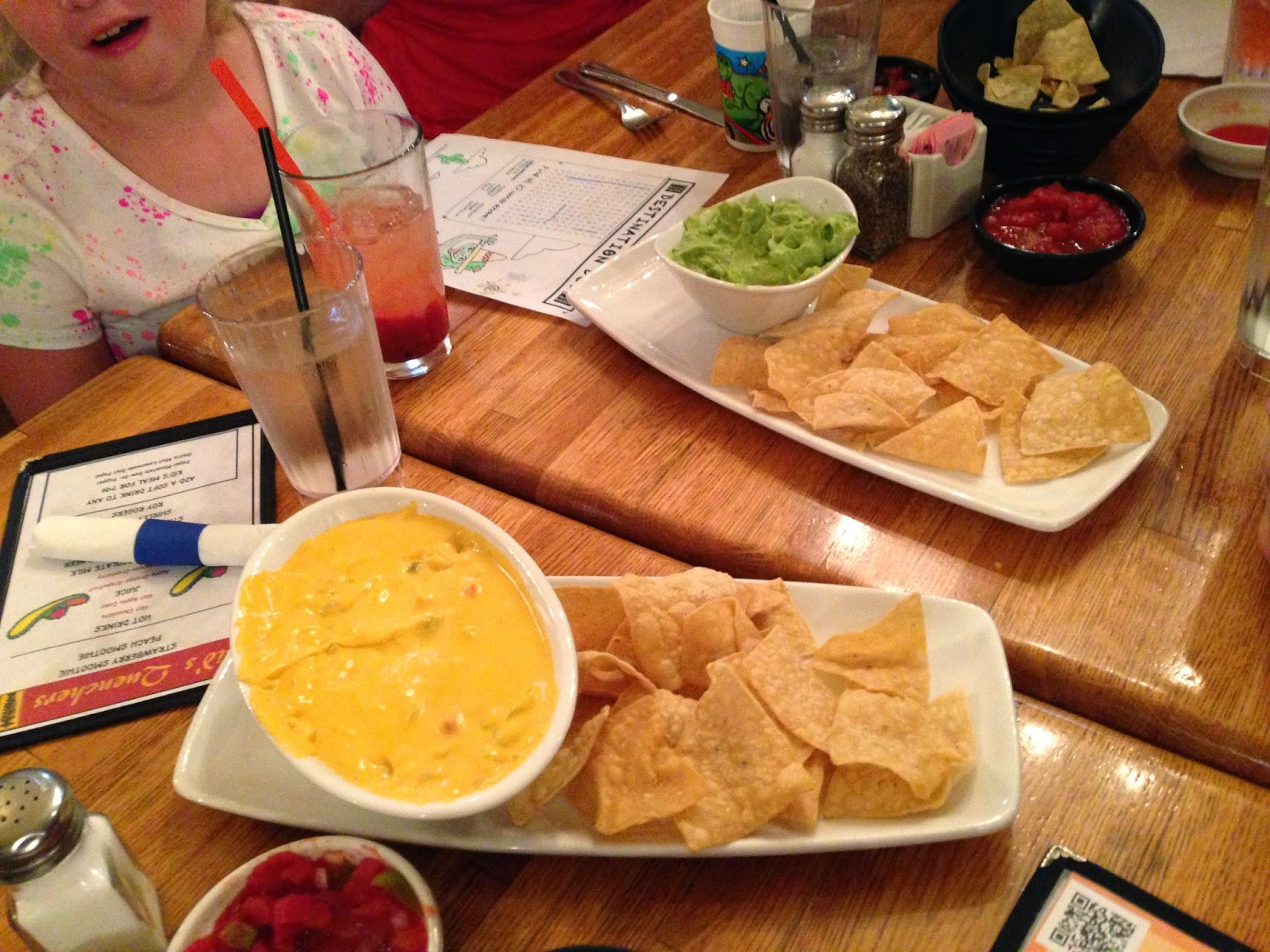 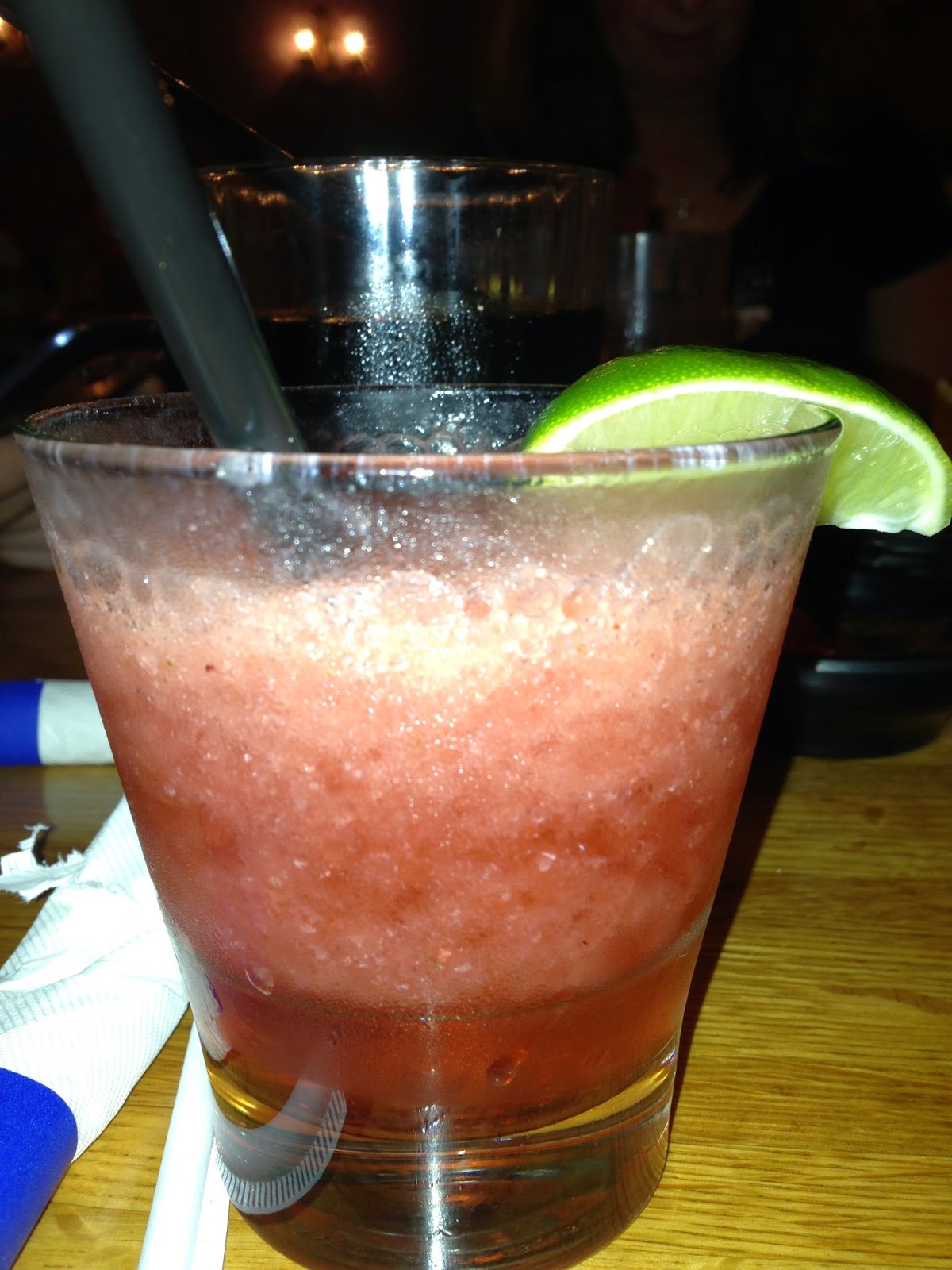 For my entree I had tequila lime shrimp tacos.  So so tasty! 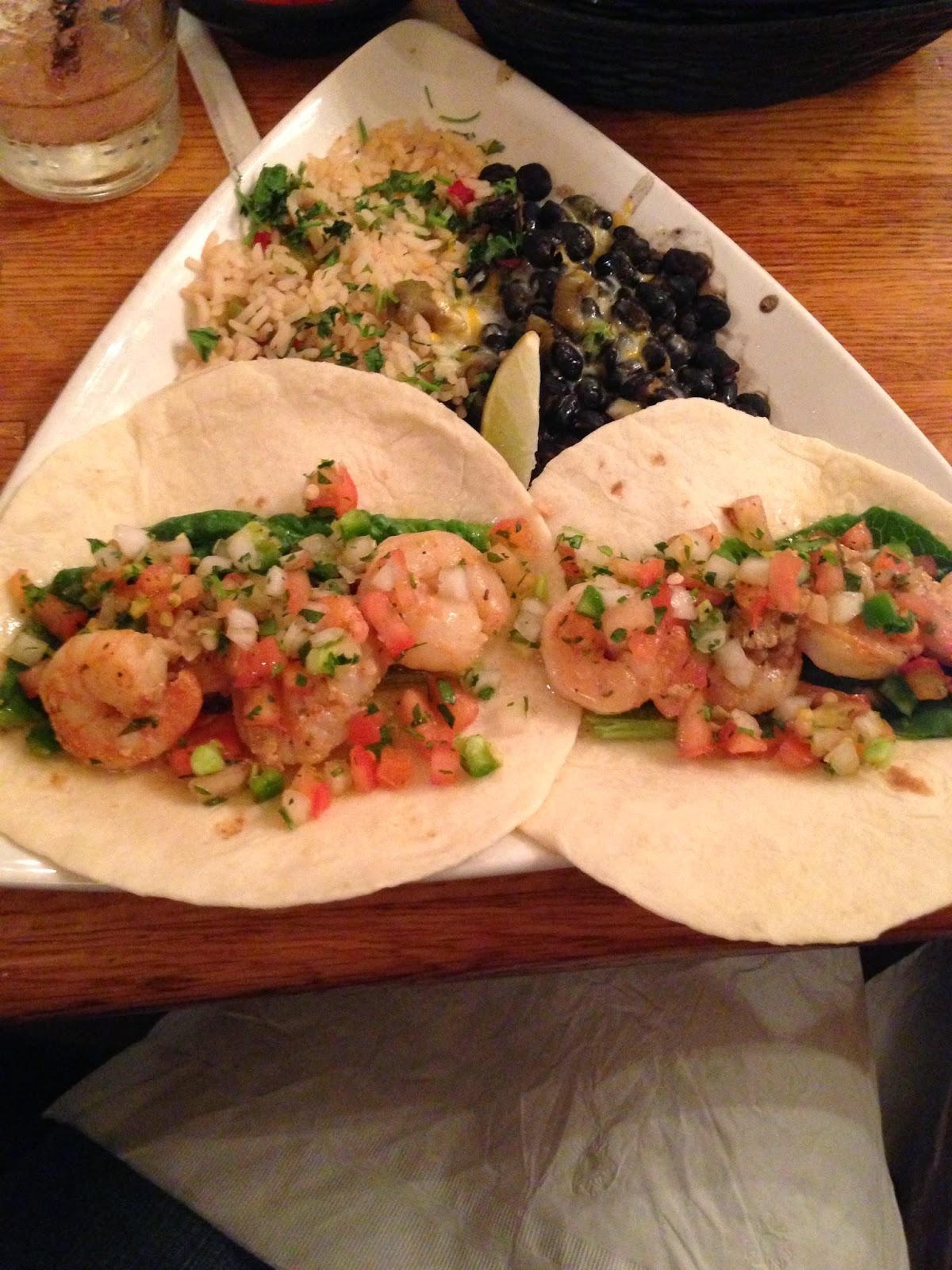 After dinner, Kenny & Tasha took us by this part of town that had these amazing huge homes!  I told Kory that if he would buy me one of those, we could move there. 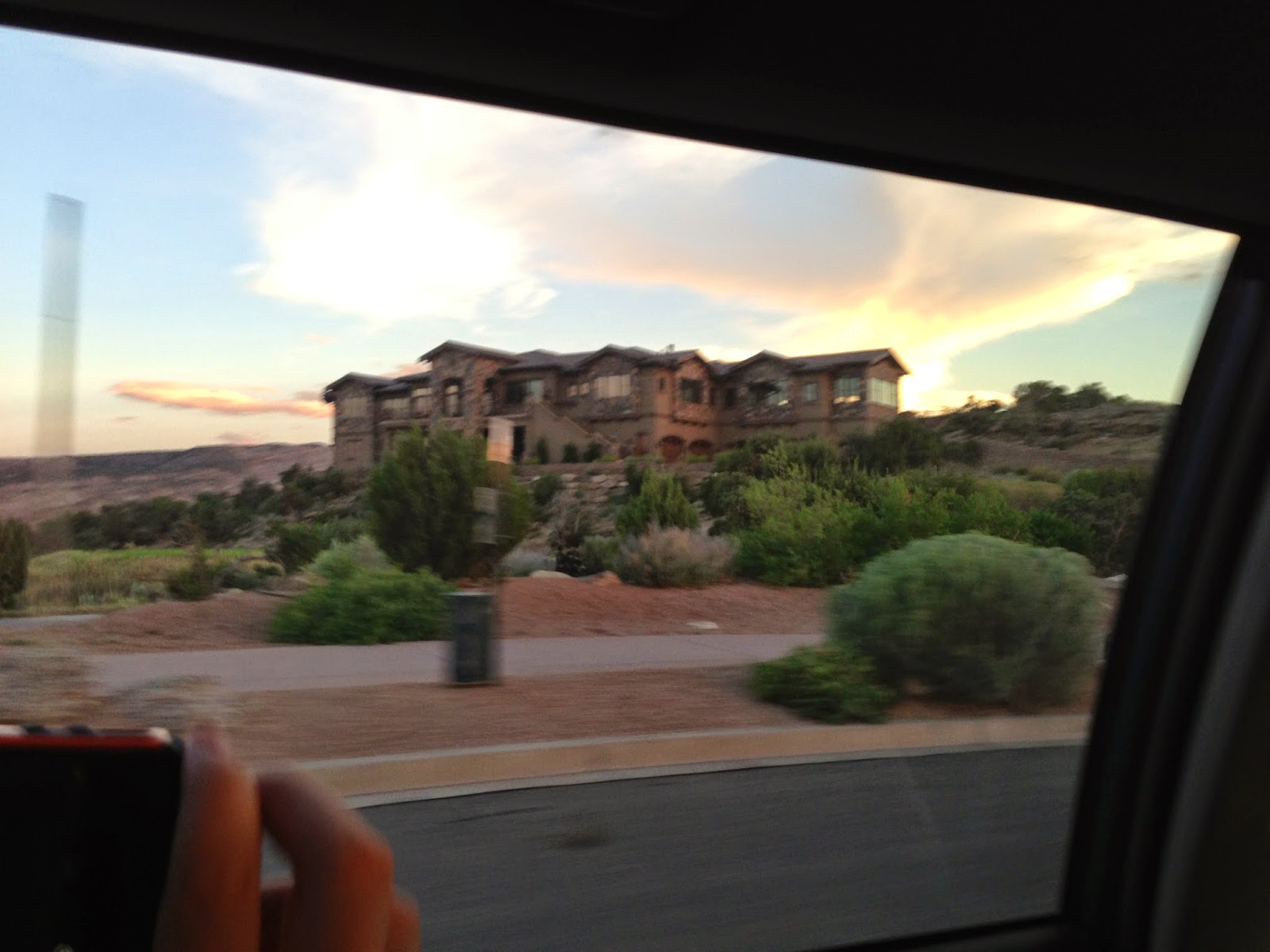 Back at the house, we played Farkel.  It was a fun game and I won!  (I like to think it's because I play the dice game on my phone so much!)

Then we headed to bed.  We had a long day of driving the next day!
Posted by Andrea at 8:53 PM