This was my first race back from my injury.  My leg pain is back though so I was a little nervous.  I have only run 1 other 4 mile race and wanted to PR but wasn't sure it was going to happen.  But I was excited to run the 4 on the Fourth hosted by Tri & Run!

I headed to the church where the race started from and got there about 30 minutes before it started and there wasn't many people there yet.  Such a difference from Disney!

It was Heather's first race back after her second baby was born.. 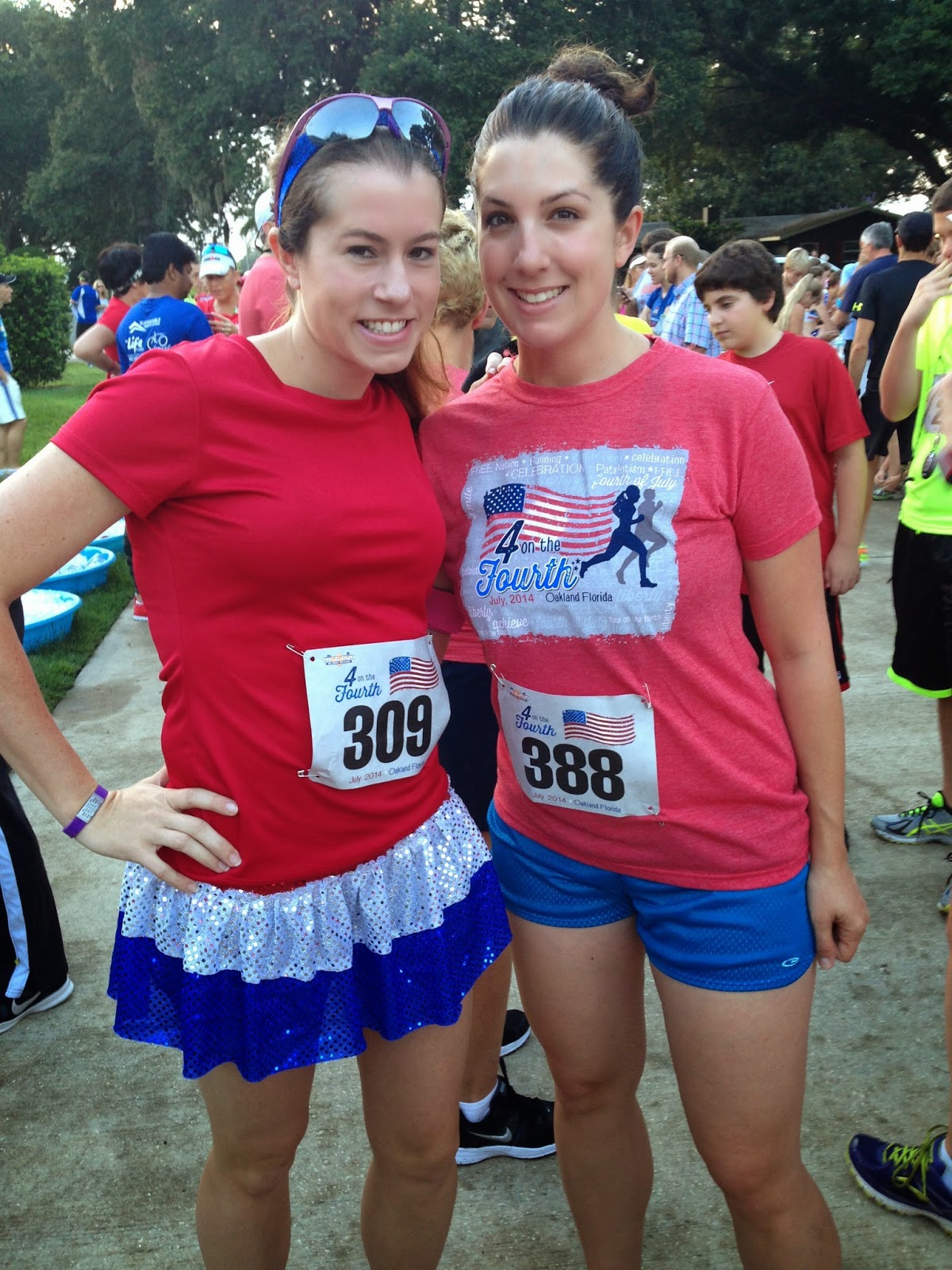 I met up with some old Movie Ride friends, Randy and Mandy... #onceamovierider 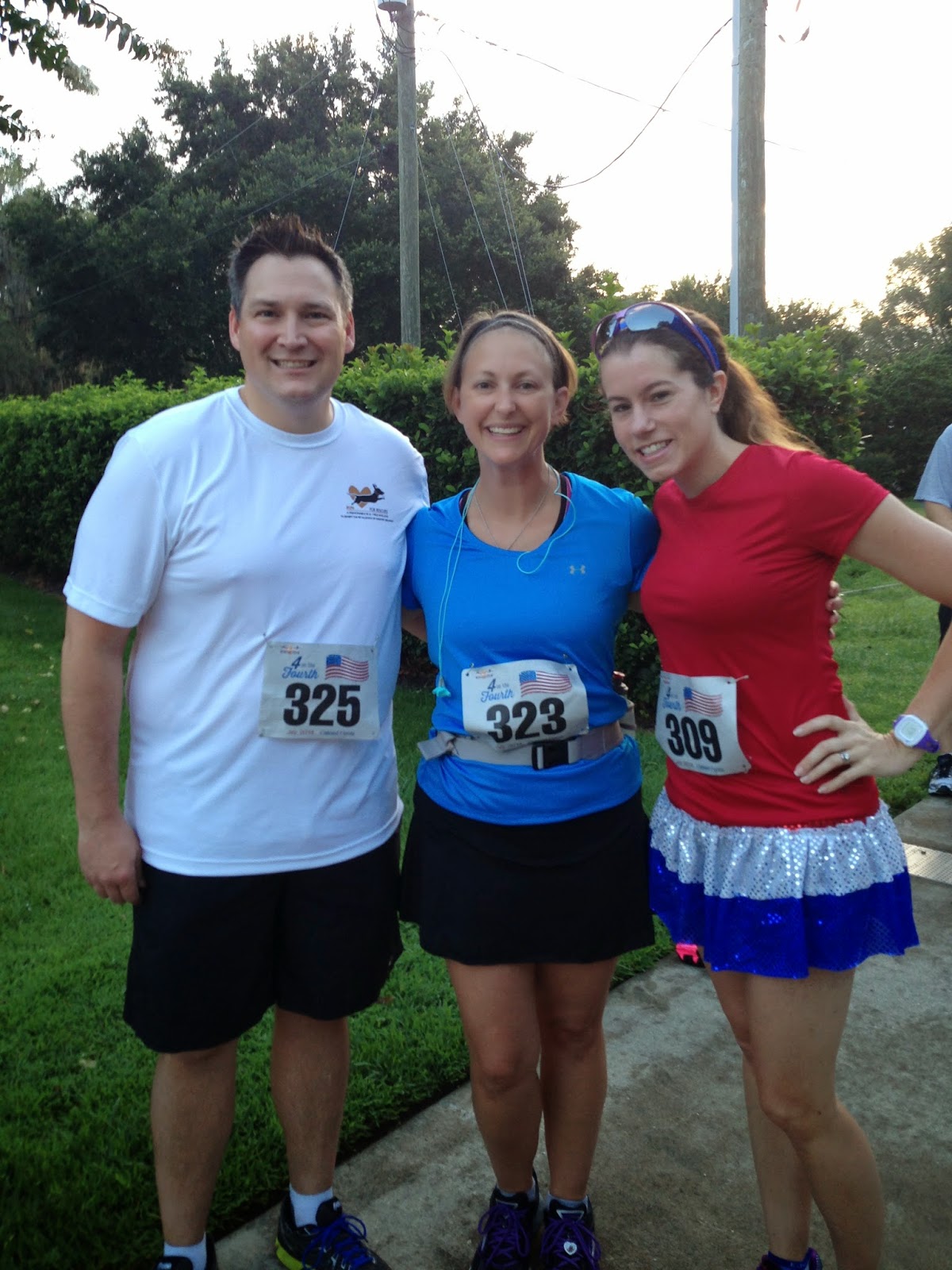 And then I saw one of my former kindergartners (who is about to be a third grader!)  This little girl takes after her mom (who is super fast!!).  About a year or so ago, I ran a 5k with her.  She legitimately kicked my butt.  I stayed behind her the whole race and was honestly trying to catch up.  She would look behind her see me and take off even faster.    Yesterday was like deja vu for the first mile.  I was right behind her.  And then I needed to start my intervals and she was gone.  She won her division!  Such a cutie and a sweetheart..she came running up to me after I finished and gave me a hug!  I love that little one! 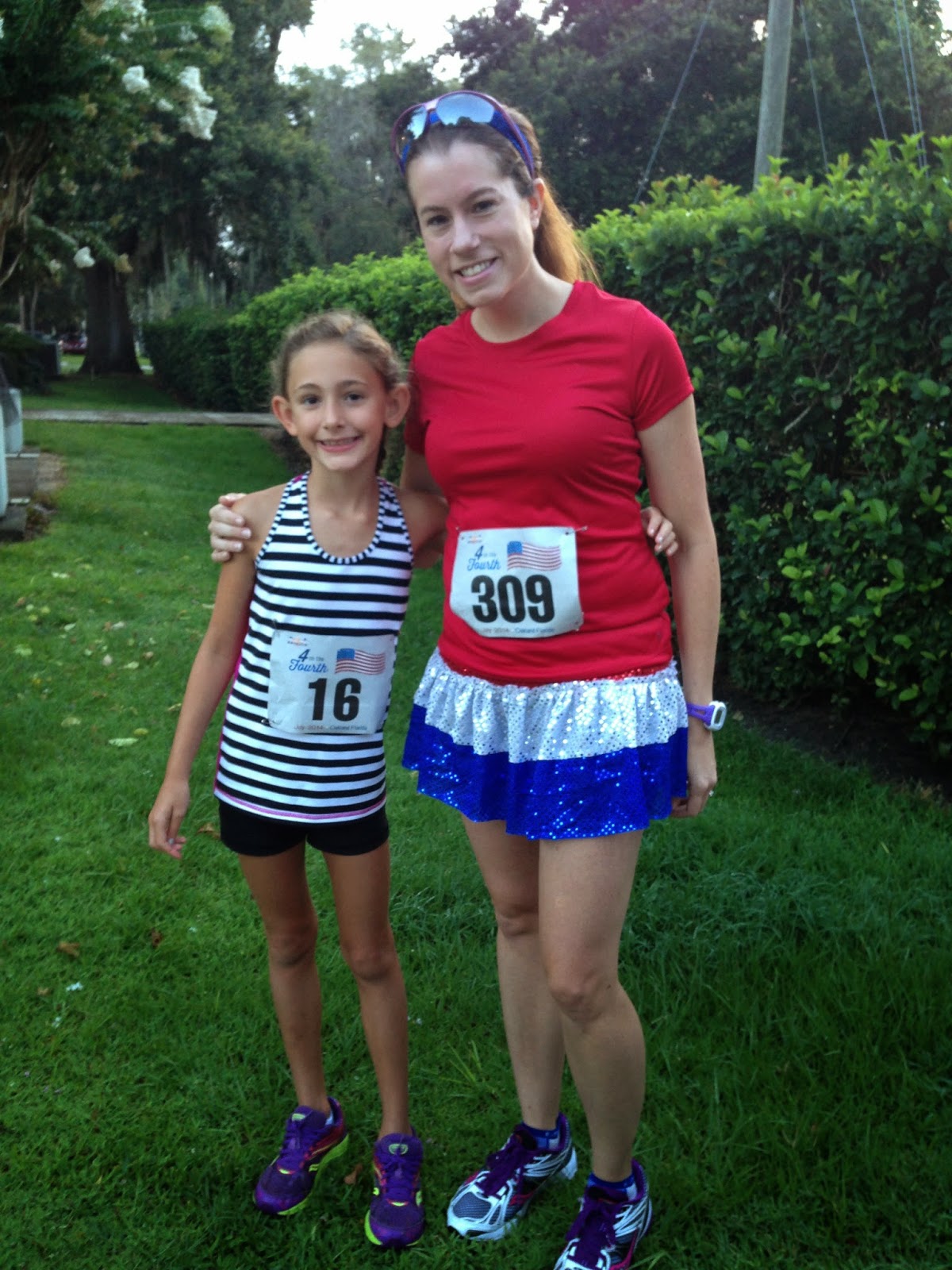 The race was tough.
(Don't mind this guy next to me...crazy!) 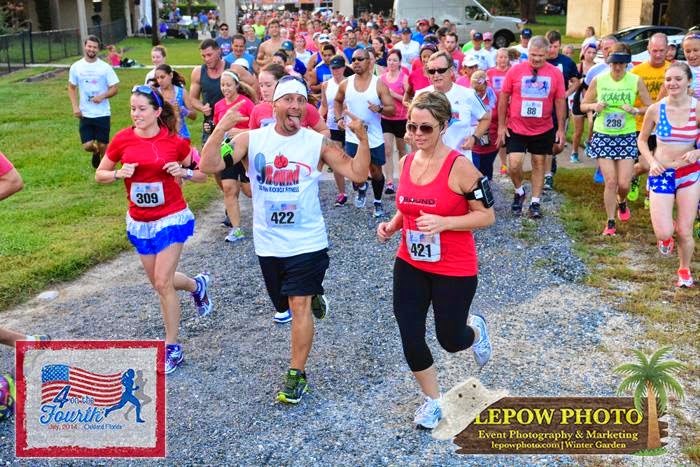 I ran the first mile straight.  I had practicing doing three 3:1s before dropping to me 2:1s.  I was hoping to do all 3:1s but I barely got through 3.  I was definitely pushing it.  But it was good. 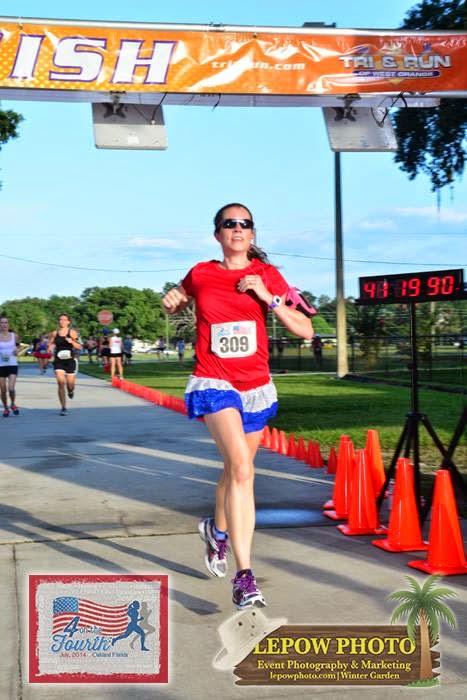 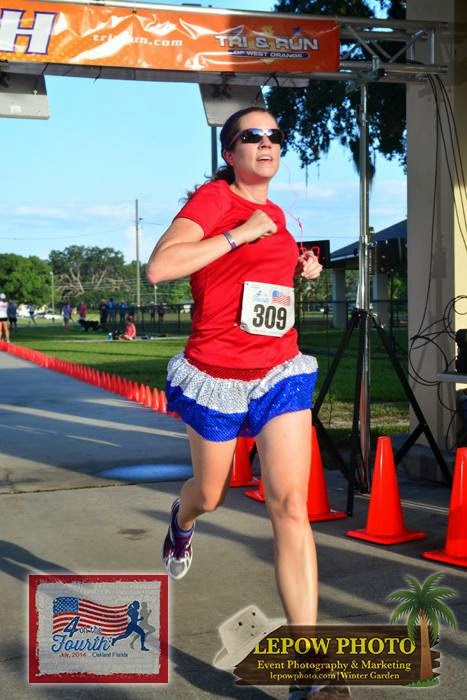 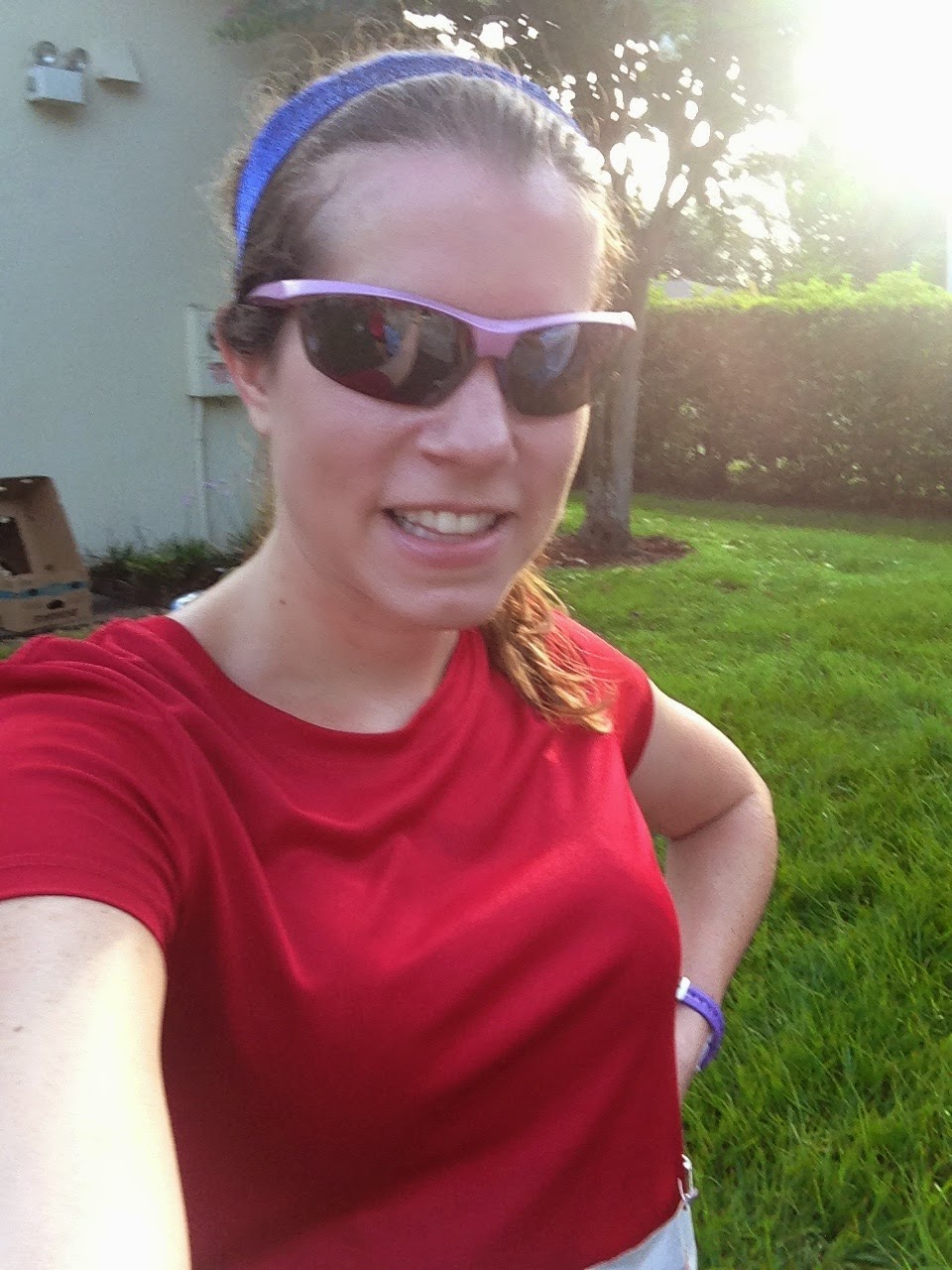 Whew!  The race started at 7.  I've been doing my runs at 6 when the sun is just started to come up so I'm  normally done by this time.  I was a sweaty gross mess!  But it felt so good to have another race under my belt! 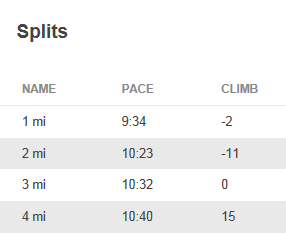 My leg only ached a little bit.  And it's not hurting much at all today.  I think I'm going to take the week off, run my 6 miles on Friday and then take the next 2 weeks off during vacation.  I was going to run during them, but hoping the time off will help my leg.  I'm ready for another race!
Posted by Andrea at 9:19 PM