I've had a busy few days.

Last Thursday I had Meet the Teacher.  I was moved from Kindergarten to First Grade and so 12 of my kids are staying with me.  I think this was the easiest Meet the Teacher ever since I already had such a great connection with most of the kids and parents.

On Friday, I had a luncheon and faculty meeting at school.  Then later that night I met some friends at Oblivion Taproom.

I have to be honest...from the outside the place looked scary.  It didn't seem to be in the best part of town (although I'm not familiar with that part so I'm not sure.).  Walking in was interesting too. 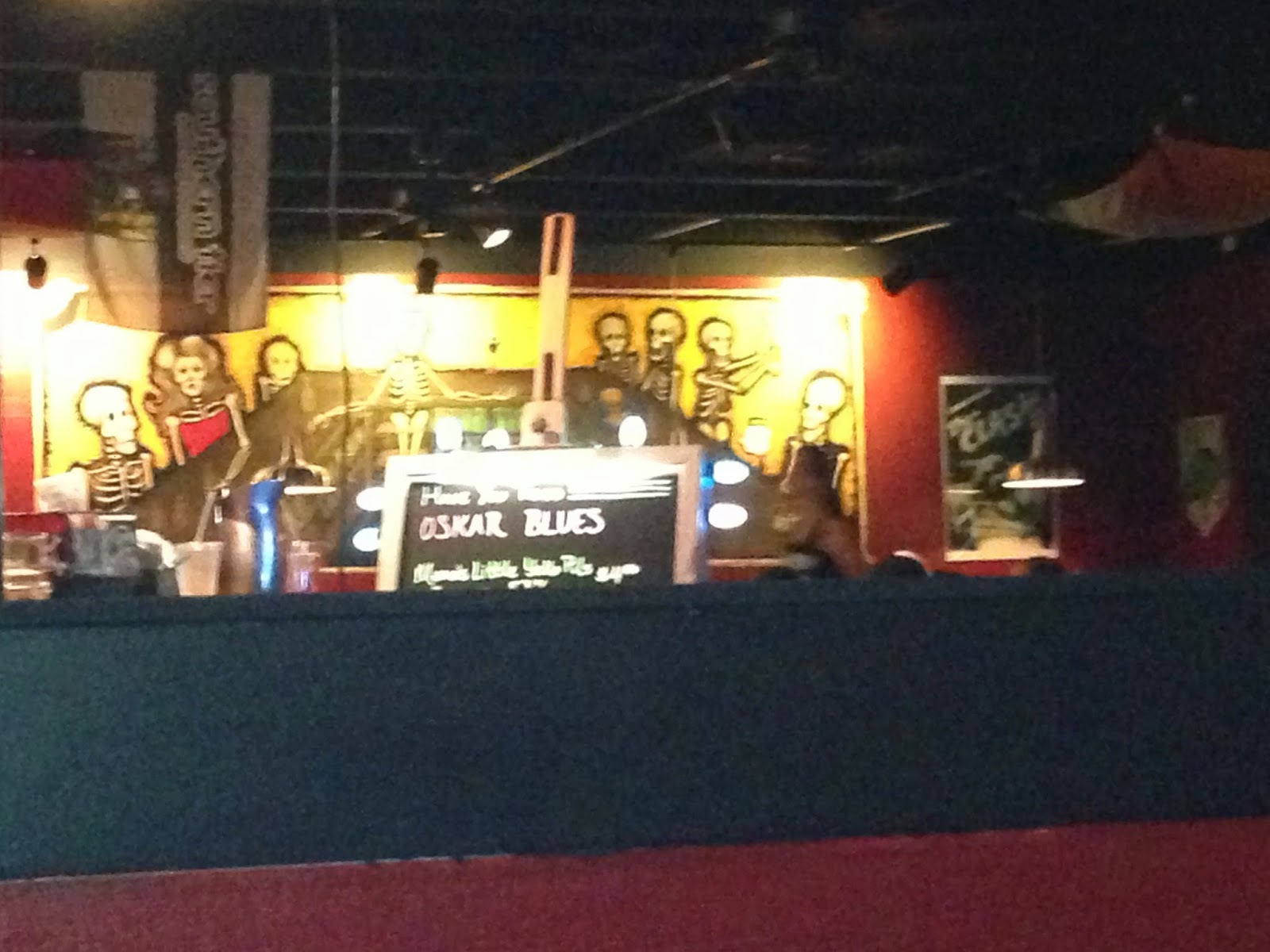 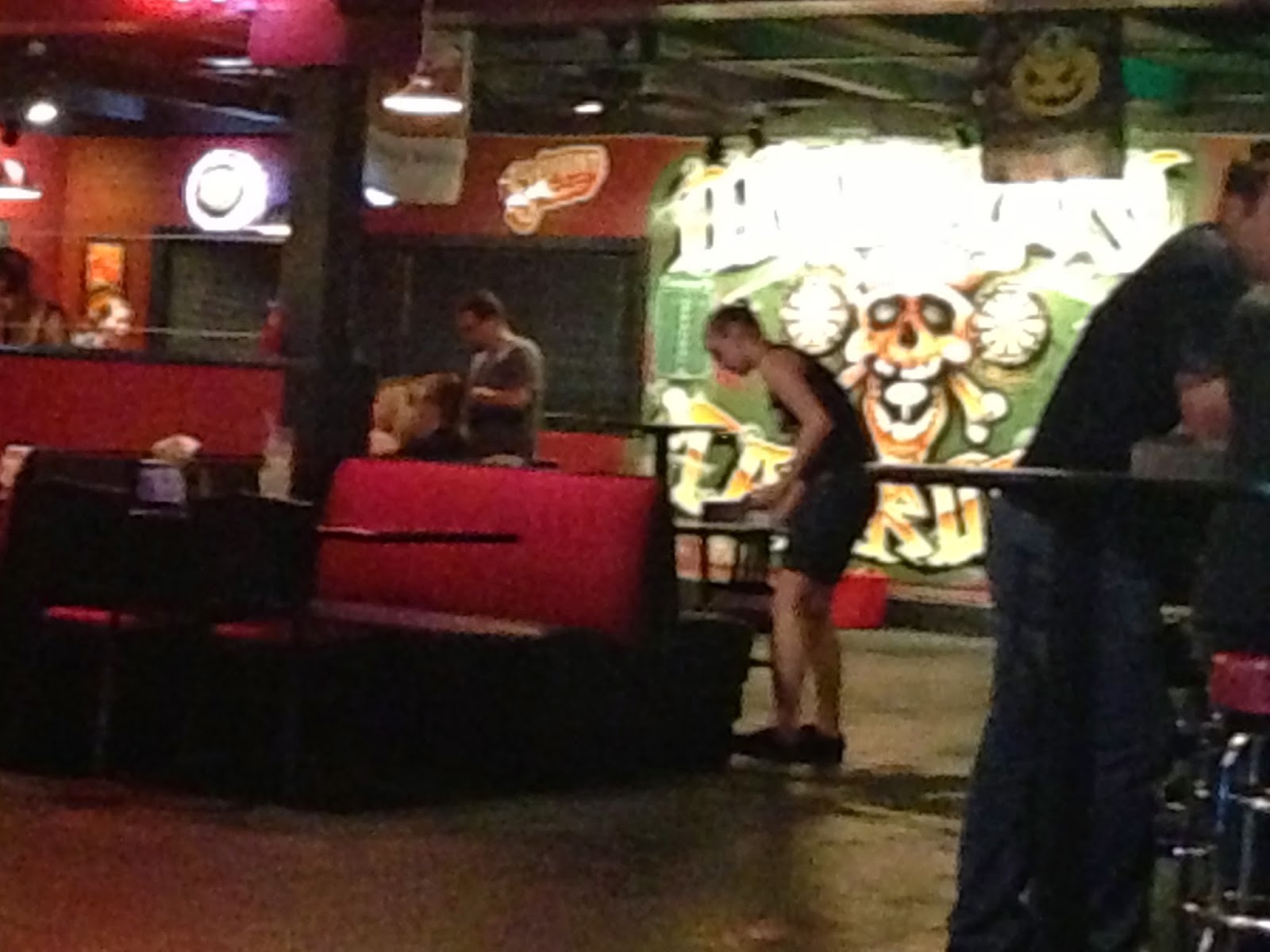 But the food was delicious!  I started off with a cider that was strawberry-lime flavored...yum! 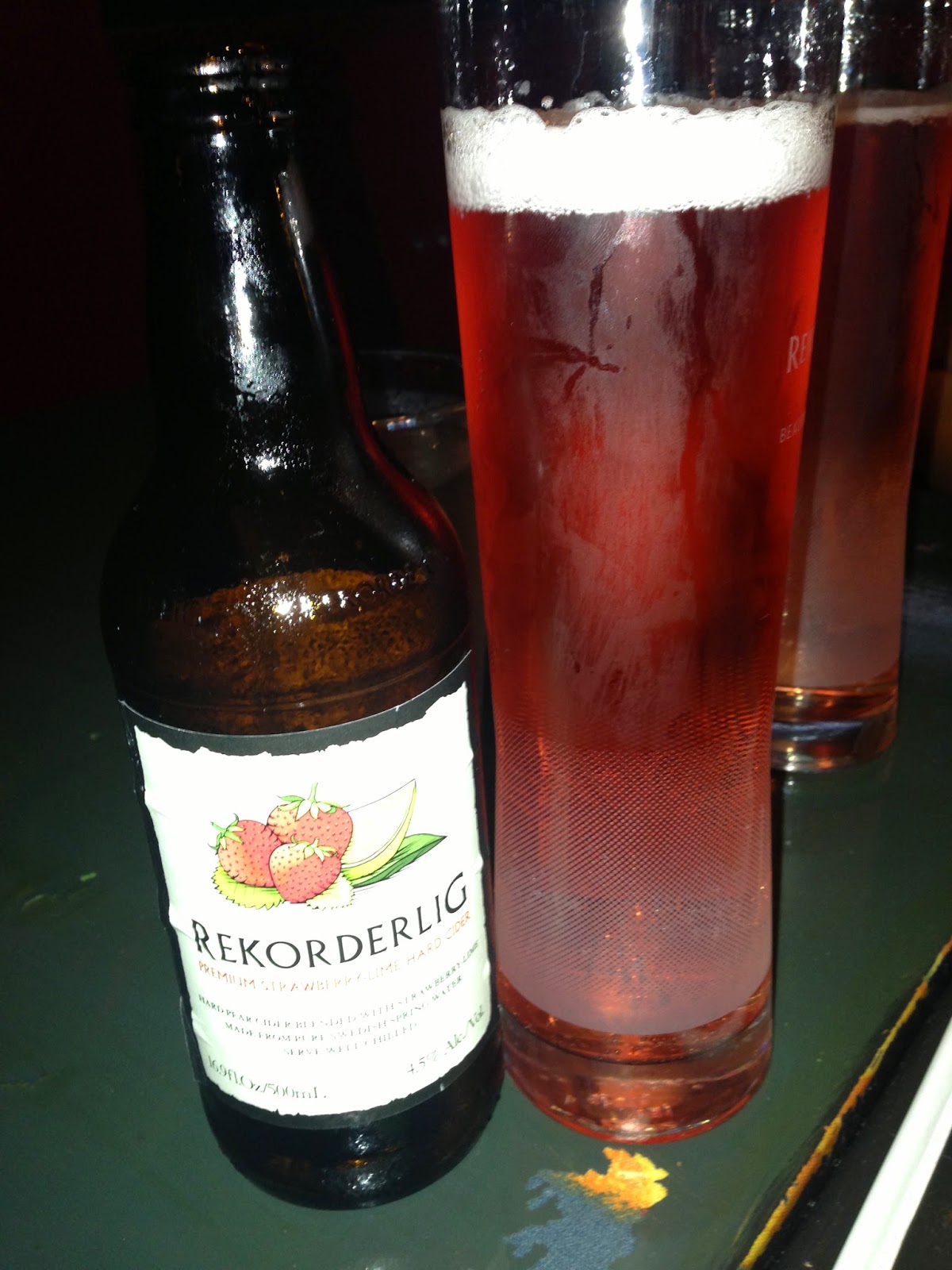 Then Pam and I each ordered a burger and split it.  She got the Pretzel which had house made beer mustard, lettuce and tomato, all on a pretzel bun with a side of their beer cheese sauce.  This burger was okay.  The beer cheese (sadly) wasn't my favorite.  I got The Elvis.  It had Banana-Peanut Butter spread, bacon and a hunk of burnin' love.  Until I just re-read this, I didn't remember the banana part because it didn't have a banana-y flavor.  But the peanut butter part...oh my goodness.  I wasn't sure how it would be on a burger but it was absolutely delicious!  It was the perfect combo.  I'd so get it again! 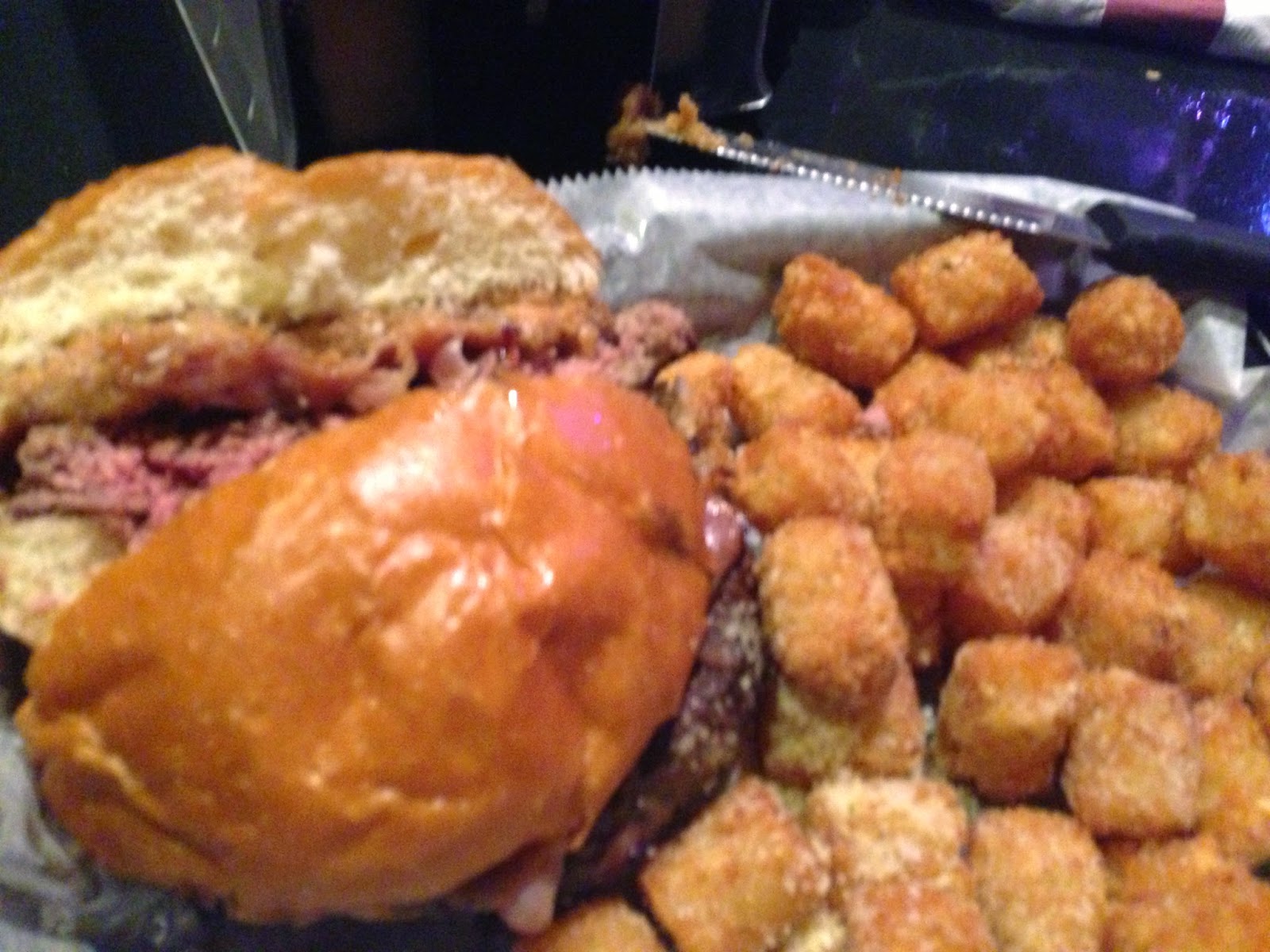 And then the tator tots. I'm not a huge tator tot person, but the waitress recommended these over the fries.  They were perfectly crispy! And they have all these seasonings you could choose from.  I got the Parmesan Garlic.  I have been craving these tator tots again!  (although they have several other flavors I want to try too!  chive & onion, salt & vinegar, and I'm interested to know what the Hawaiian Raw Garlic one is).

Then for dessert they had DEEP FRIED OREOS!!  I love deep fried oreos but can never find them. 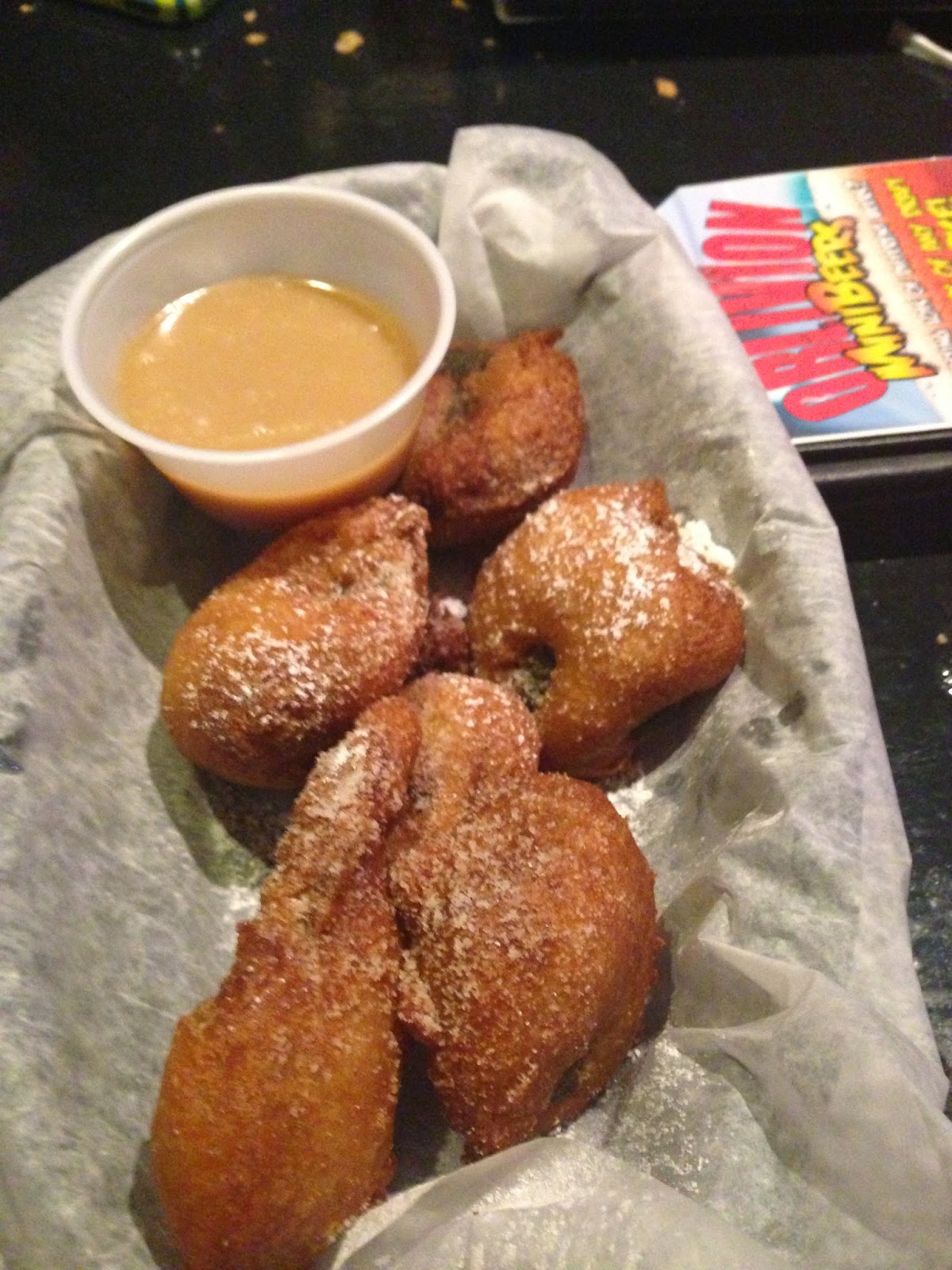 Yes, I really can't wait to go back to Oblivion Taproom!

On Saturday, I got up and ran the Celebration of Running 5k with Meghan (Meghan on the Move), Pamela, and Carla.  I'll have a whole recap on the race but it was so much fun to be racing again. 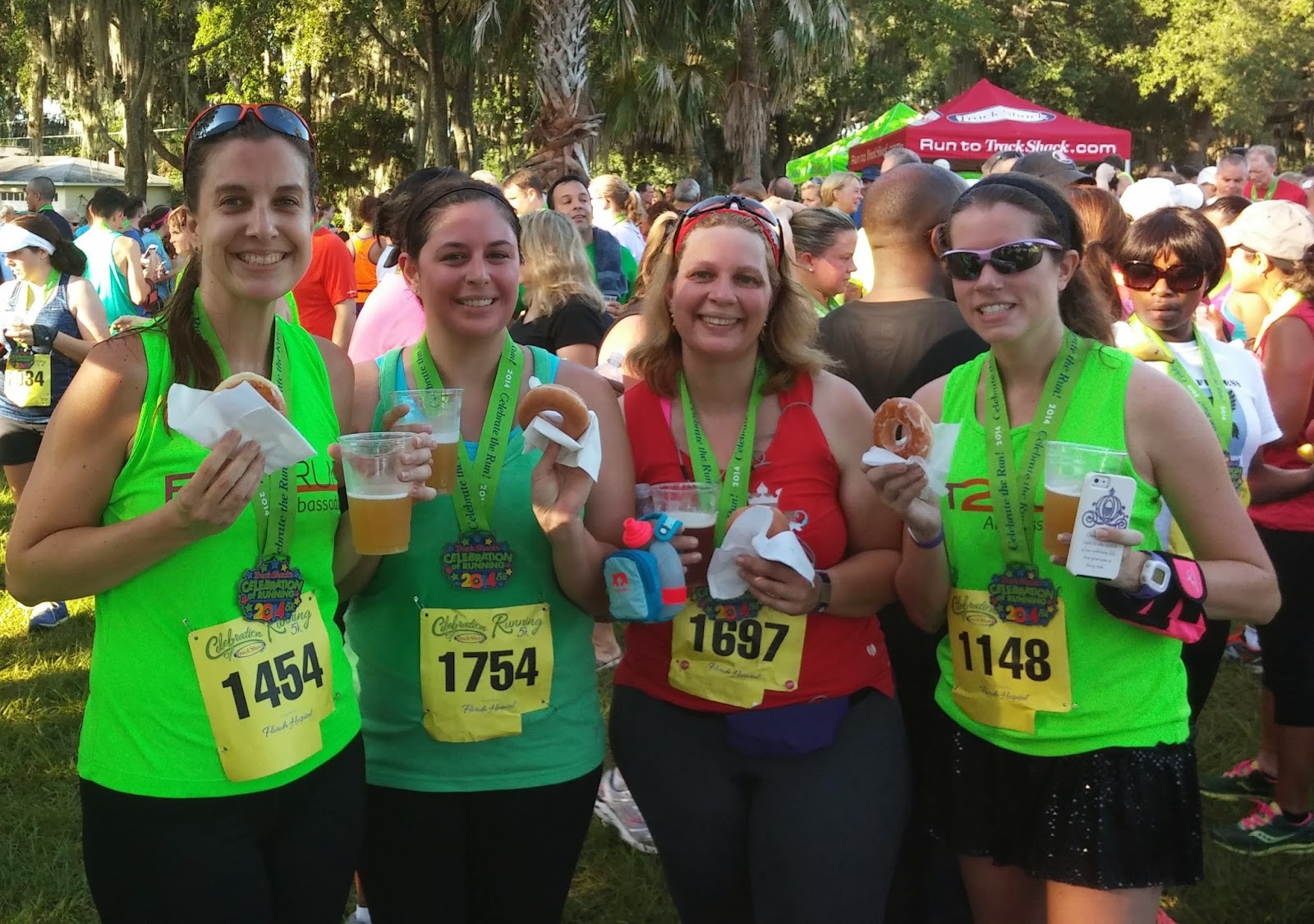 After the race, we went to Se7en Bites.  I'd been wanting to go here for a while.  Little did I know that I passed by it every time I went to the popcorn store! 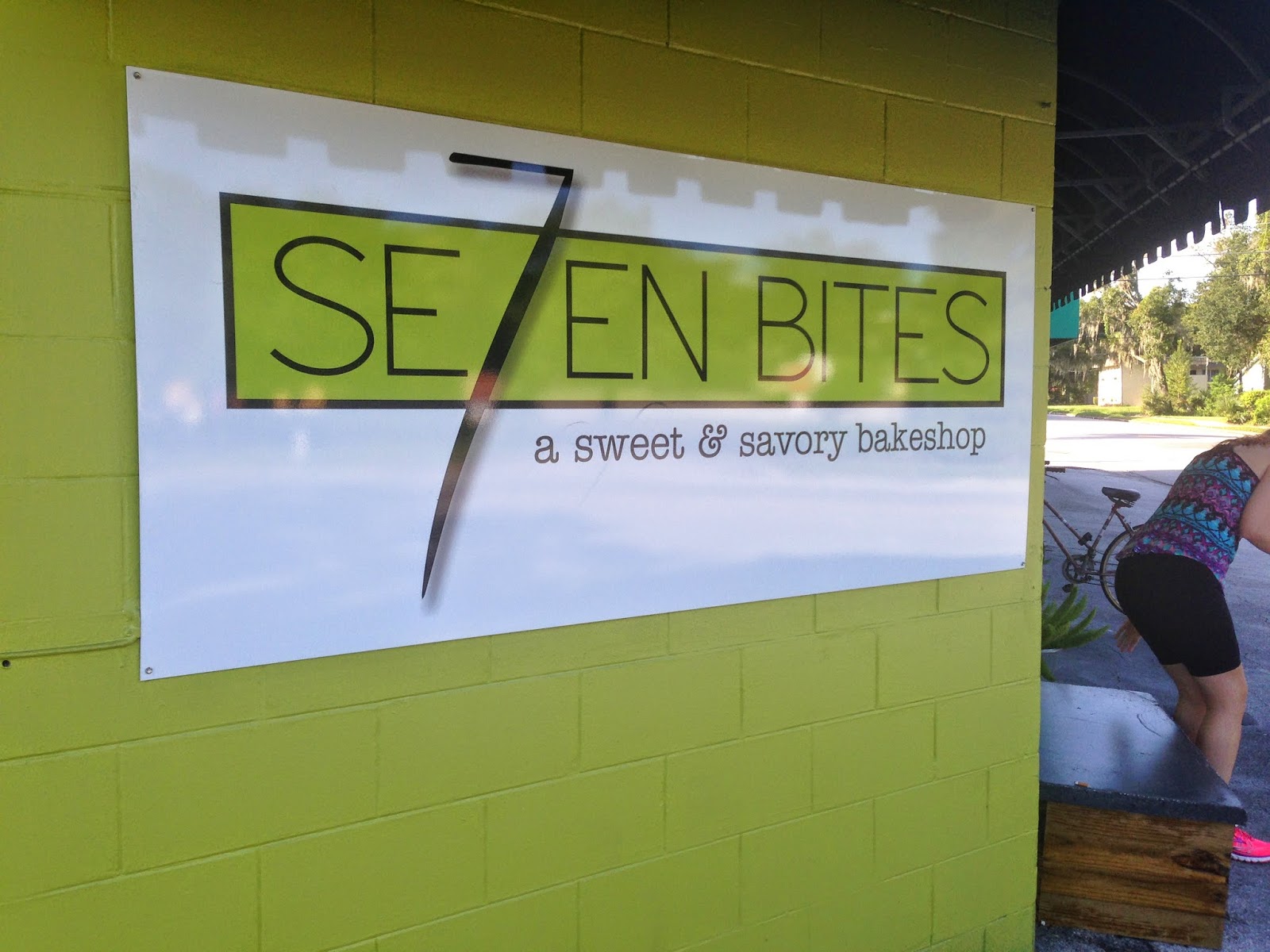 I had the Se7en Benedict.  It had a fried green tomato and this peppercorn hollandaise sauce that was soooo good! After the run I was craving a coke but unfortunately they only had healthy-ish drinks.  Nothing that was really sounding the great.  The lady suggested the Agua Fresca but I HATE water.  She told me to just try a sample and it was perfectly refreshing!  It tasted like lemonade!  Yum! 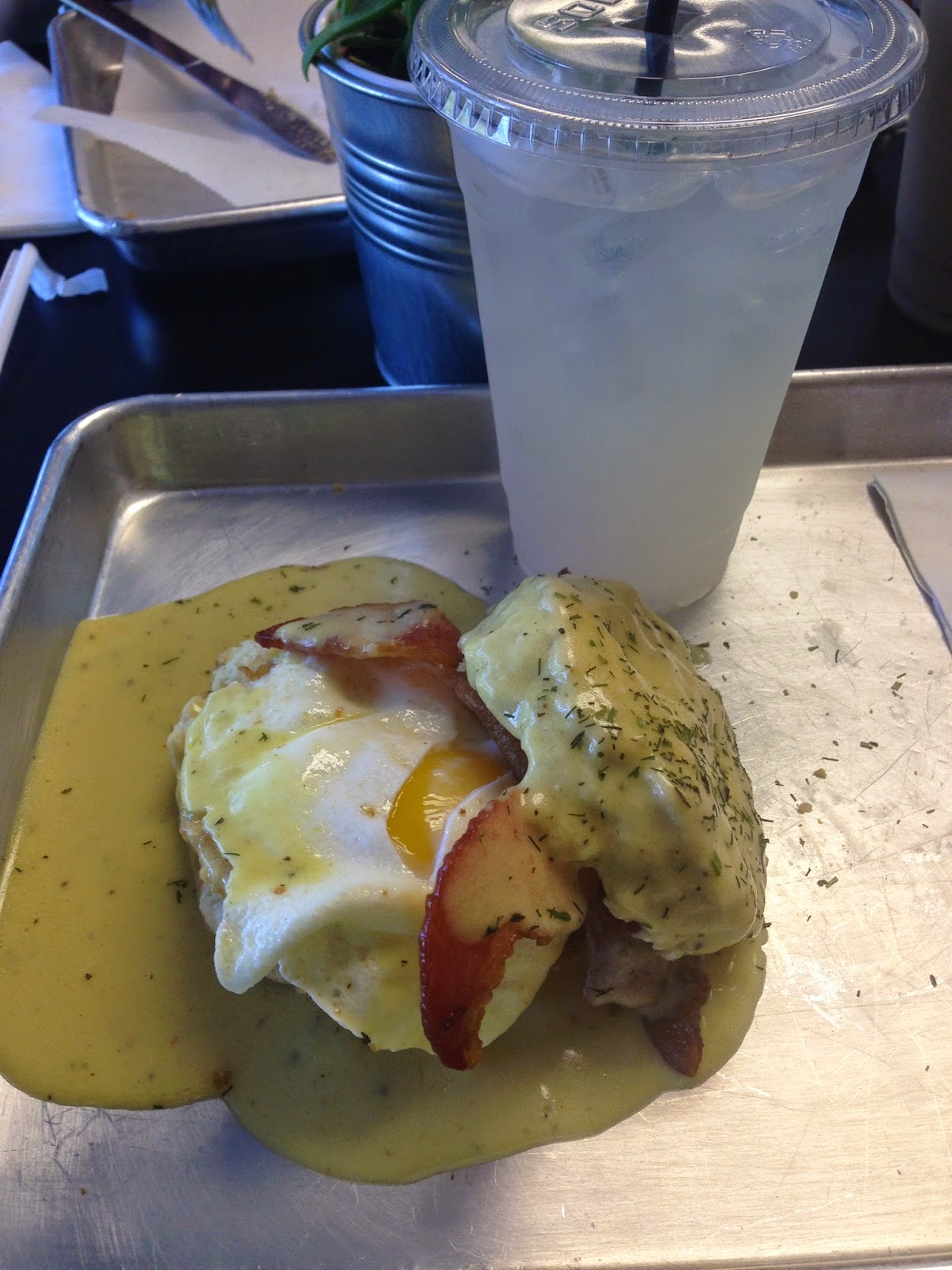 I had to get a homemade Oatmeal Cookie Pie to go.  These suckers were HUGE!  And sooo good!  I ate it over that day and the next day! 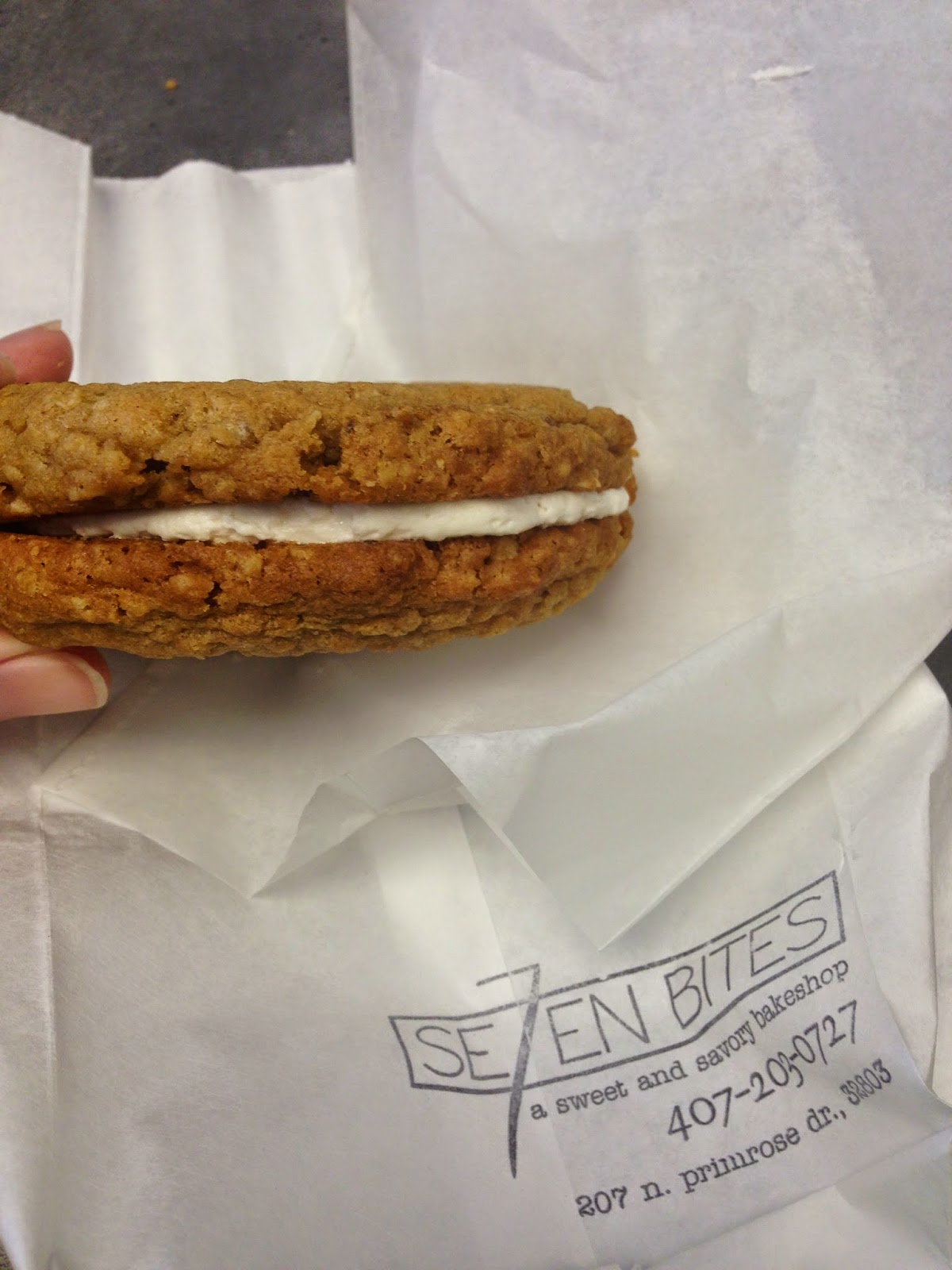 We then headed up to Fleet Feet to get fitted for new running shoes.  With all the problems I've been having, I didn't give them a clue as to what I'm currently running in.  After watching my gait, they put me in the same few shoes I have.  So I don't think it's the shoes.

I headed home for a shower and a nap.  Then later that night Kory and I met up with the Ruhles and Goldsteins for a mystery dinner show.  It was at the Champions World Resort.  Holy cow this place was sketchy.  It was a motel, not a resort, and we were all convinced drug deals went down there.  The dining room where the show was, was very low maintenance.  So low that the lighting wasn't properly wired and kept flickering.  Badly.  To the point that we were worried Cori was going to have a seizure.  We asked them to fix it and I think they tried but it never really got better.

We saw the show Blood Stains the Red Carpet. 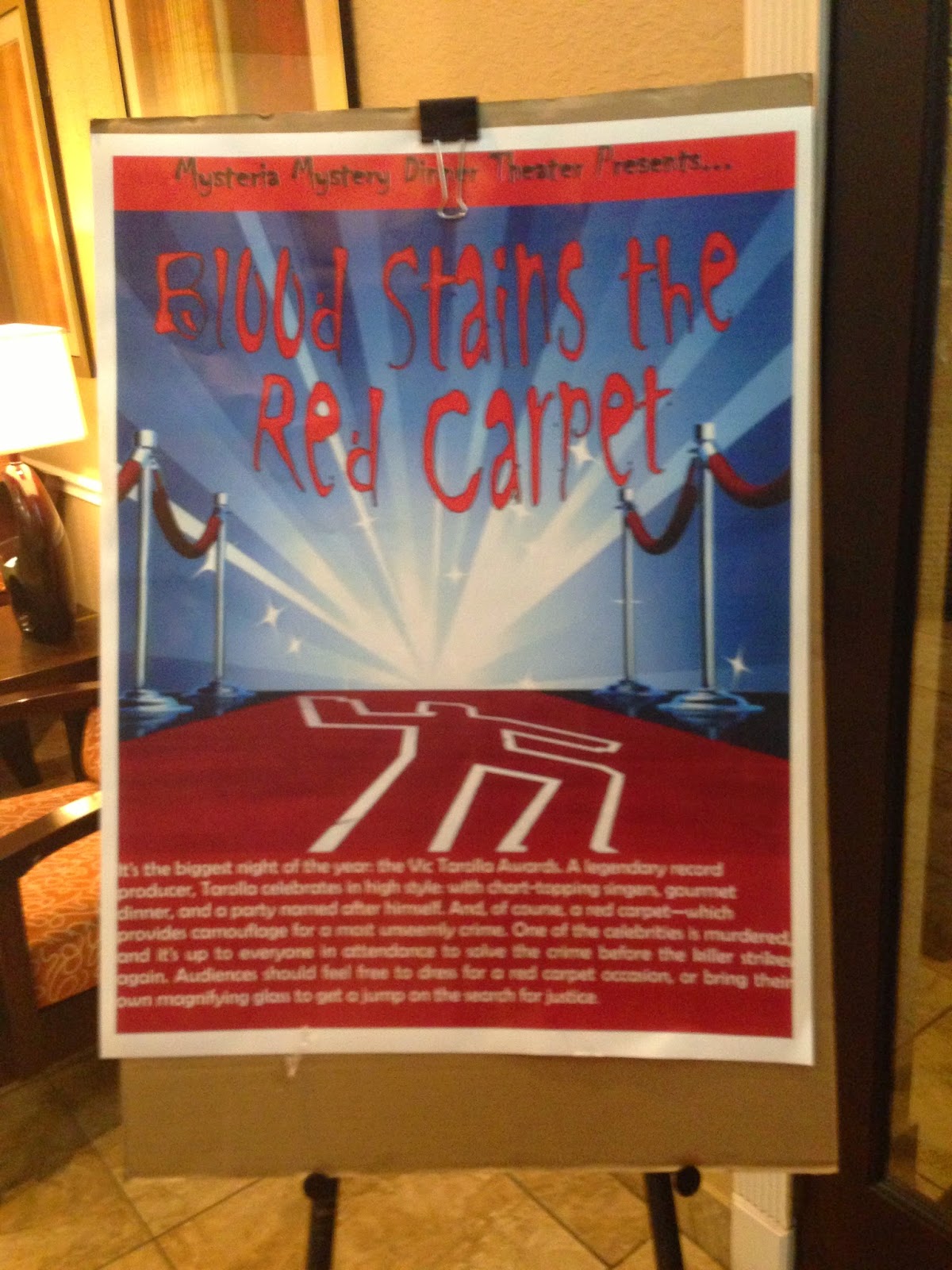 The food was actually okay.  But the show wasn't worth the Groupon that we paid for it.  There were only two actors.  Then they made people at each table be the other actors.  Michael was the unwilling actor from our table.  (But he did such a great job!) 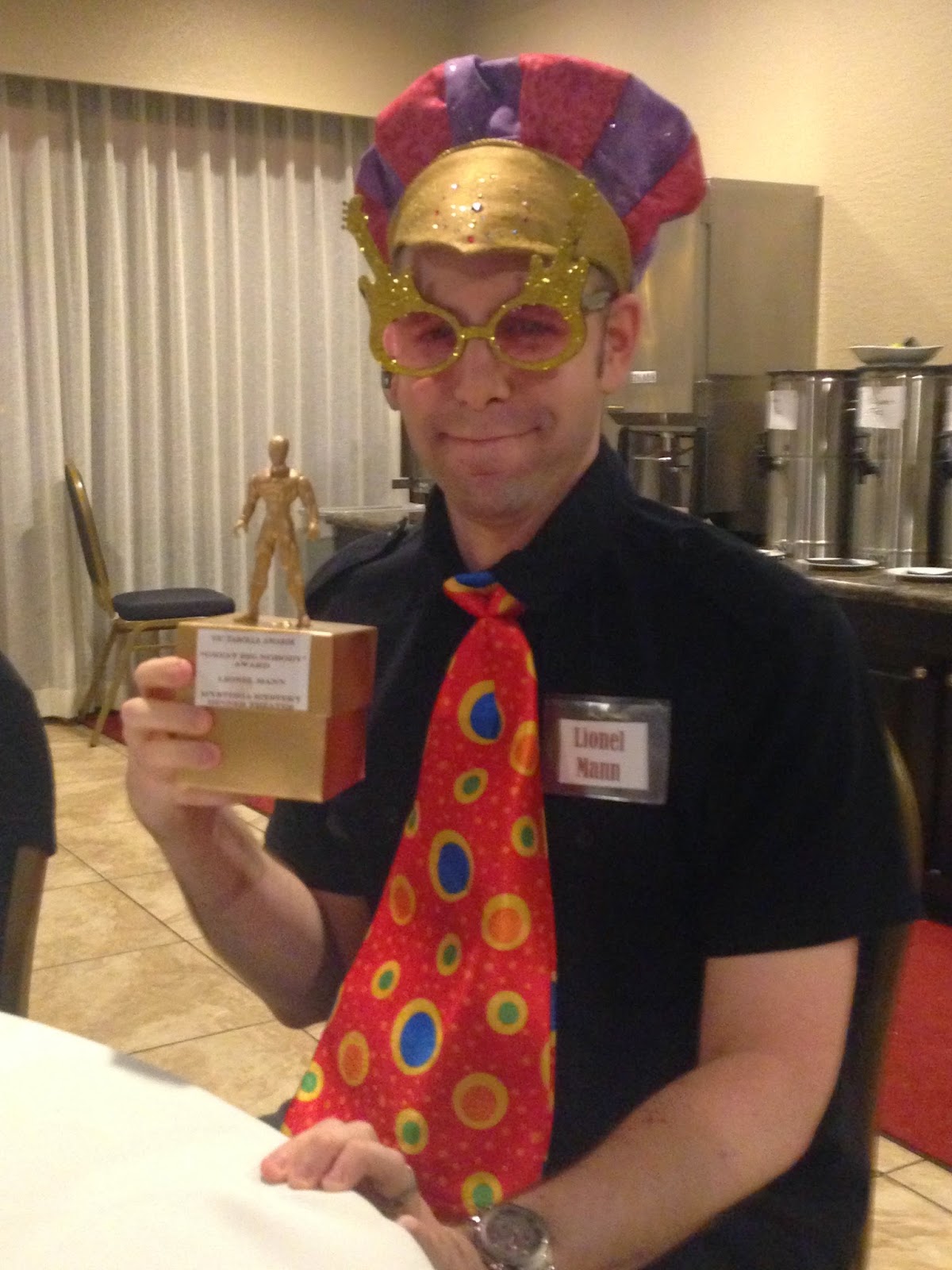 Really, if you see this on Groupon...DON'T DO IT!

Sunday I was supposed to go to a Yelp event but I figured I should be responsible and do school stuff instead.  So I cancelled.

Then today was the big day!  The first day of First Grade---both for me and my kids!  It was a pretty easy first day since most of them know me and my routines and how my class works.  Here's hoping for a great year!

Then tonight, we started our softball season off with bang, run-ruling the other team by 20 runs!