On Tuesday, we rented jet skis.  Rob got stuck in the sand as we were driving to the beach.  And he was so calm about it!  I swear, most of the guys I know would be pissed off but he was so easy going! 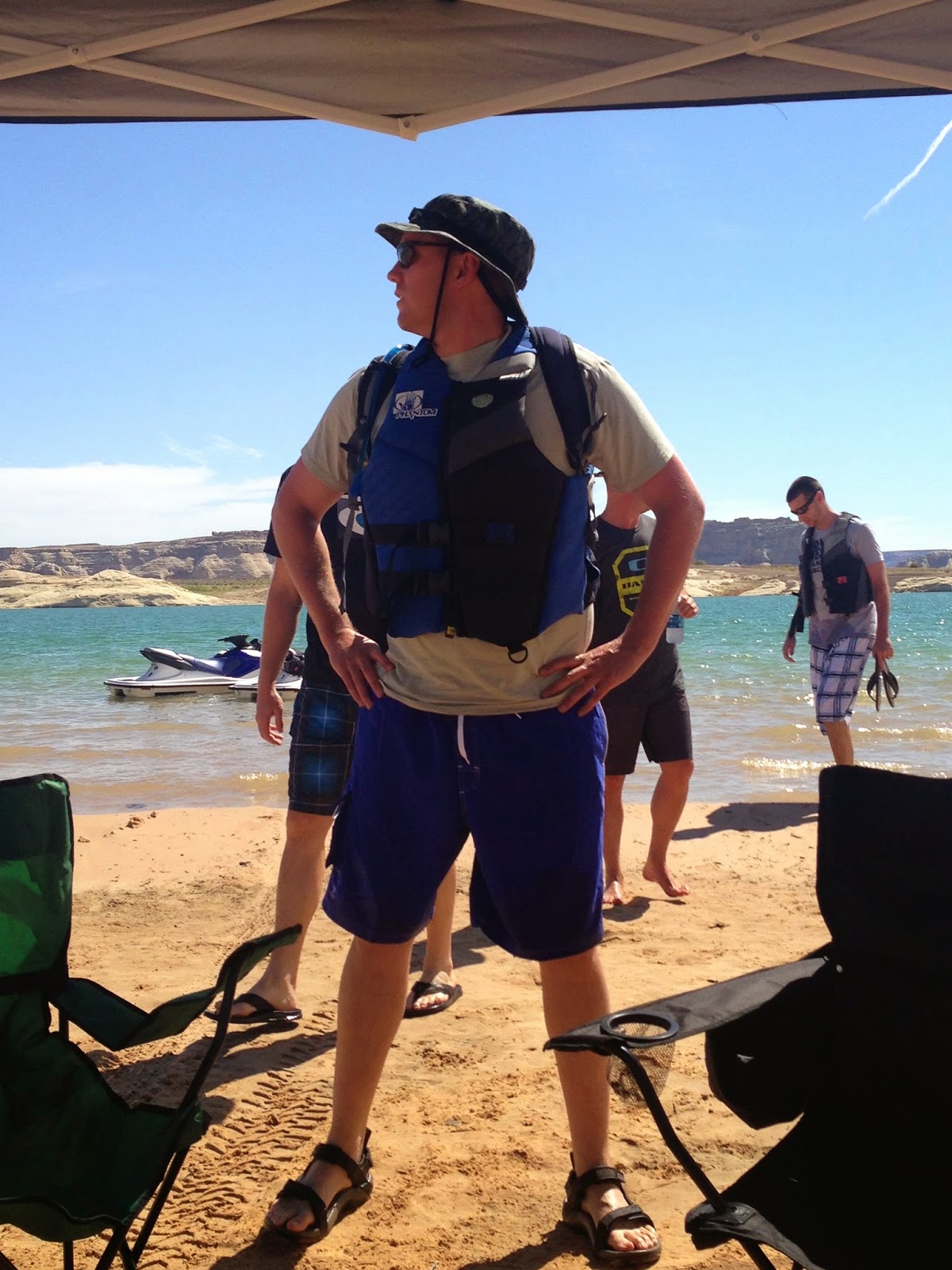 I wasn't planning on going out on them because I didn't trust on of the guys not to throw me off.  (We had a jet ski growing up and that's all the guys did).

But after a while Kory said he'd let me drive so I agreed.  And I loved it! We took turns throughout the day and in the afternoon we all got on them (3 to a jet ski) and headed to what Kory called Sand King.  We did have a bit of an accident when Kory was slowing our jet ski down and another driver in our group wasn't paying attention and hit us.  Right on Jill's shin and my knee.  And then we tipped over.  I just tried to get back up on that thing as fast I could--I'm a scaredy cat!  We finally made it over to this HUGE hill of sand.  A couple of them walked halfway up it and then ran down.  Looked like fun but I didn't feel like making the hike.

Once again, we had a tent up and it felt nice under the tent.  All too soon, it looked like it was going to storm and it was time to take the jet skis back. 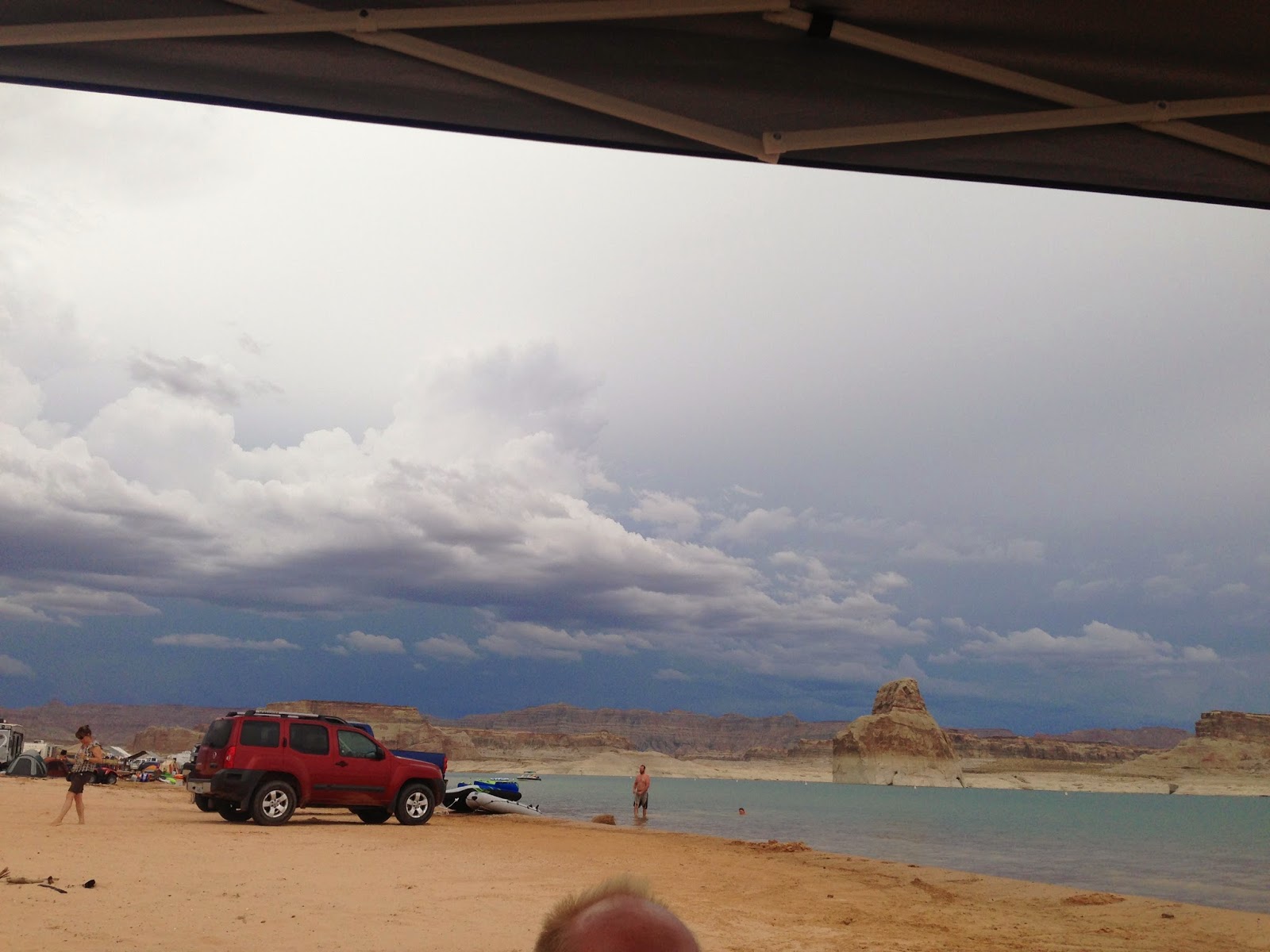 We made pasta for dinner but the stove really stunk.  It took us waaay too long to cook pasta and stressed us girls out.  But we enjoyed another night of games.  I think this is the night we played a new game called Telestrations.  Hilarious game!  And did you know, "soccer sucks?"
Posted by Andrea at 10:46 PM