We got up on Monday and headed to the beach at Lake Powell.  It's crazy trying to get there.  The sand is so soft and high that we saw several people getting stuck.

I don't like any water that has living things in it, so I didn't go in the lake.  We set up a tent and it felt nice under there.  I was by myself a little bit but there was usually somebody taking a break in the shade. 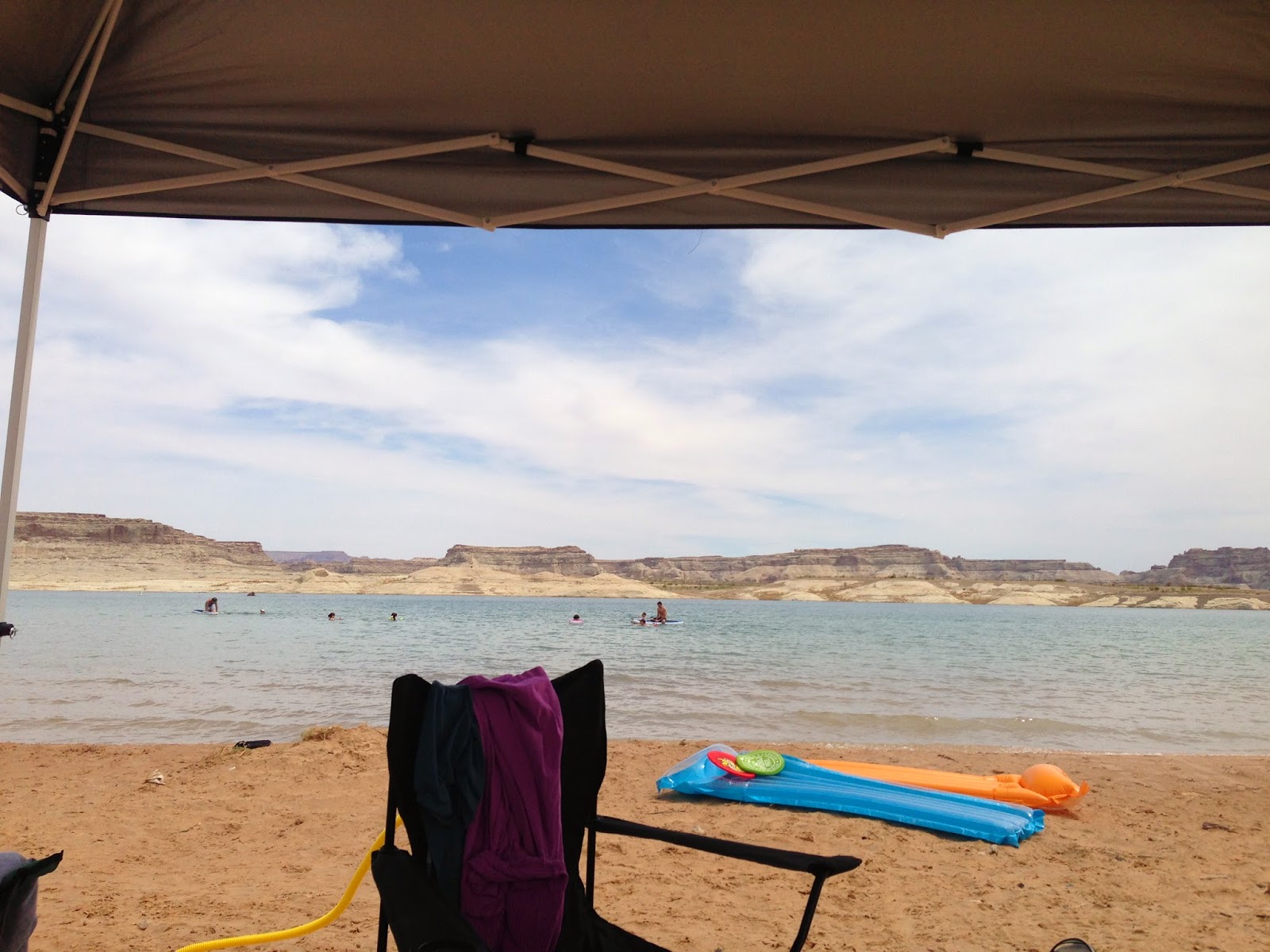 The background really was gorgeous.

Later that night we invited the Bucks over for dinner.  The Bucks were family friends from when Kory & Kyle lived there.

Funny story.  (A little back story--When we had first arrived at the house, the clock on the microwave and the clock on the oven were an hour off so we fixed them.)  Anyways, we had dinner set for 6 (or 6:30).  And a half an hour after that time, we grew a little worried so we called them.  Well, all our phones (except Jill's) had automatically set in one time zone but  the Bucks (and us) were in the other time zone.  (The border is right there apparently and our phones were picking up the signal from there).  So they were right and we were off!  And I was confused about timing for the rest of the trip! (and that's why the kitchen had two times--one Utah and one Arizona!)

Anyways, the guys barbecued some chicken and we had a nice relaxing dinner. 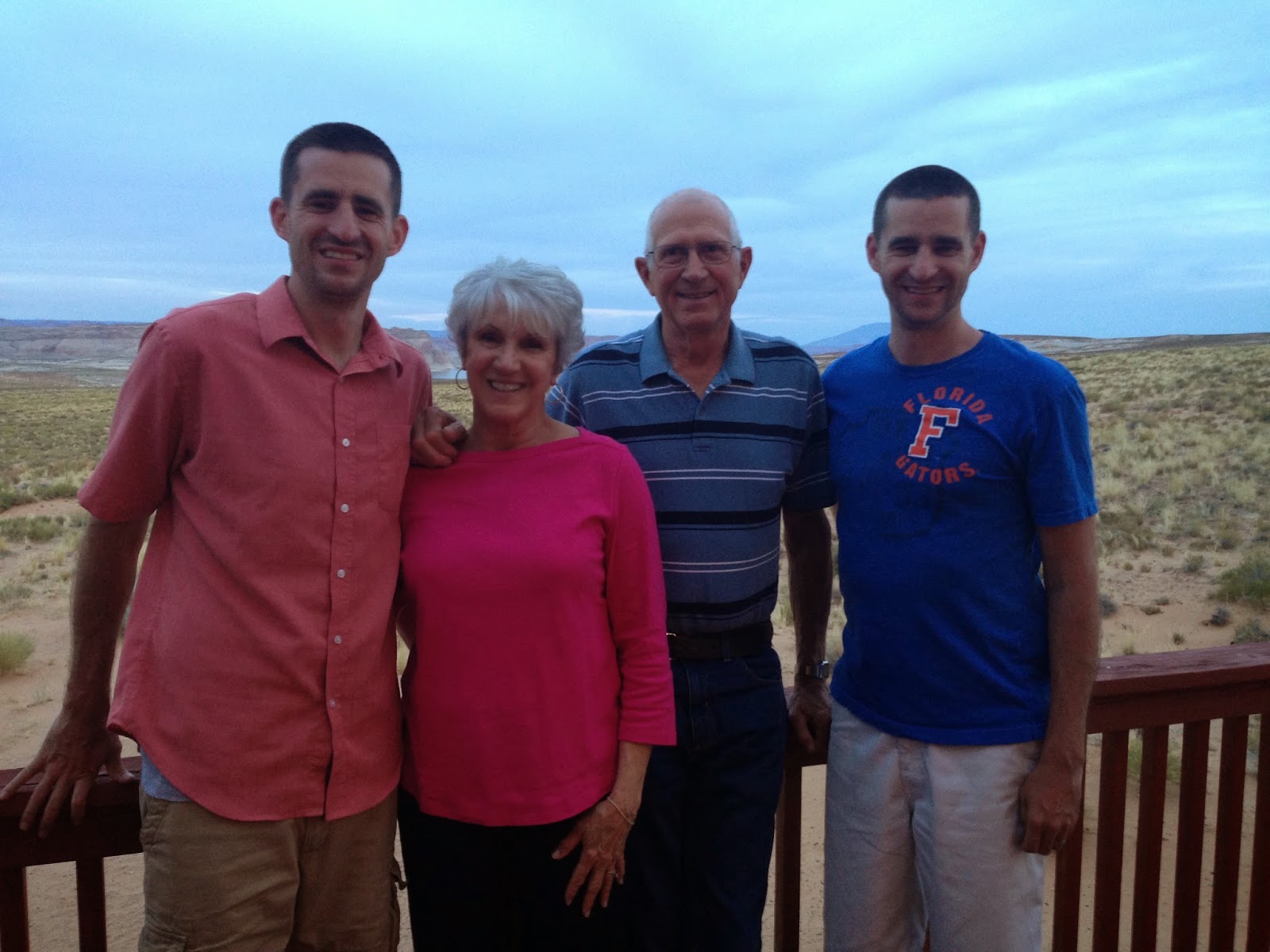 Jill, Rob and I stayed up late into the night talking about all sorts of things.  It was so nice really getting to know them.
Posted by Andrea at 9:13 PM