Last Friday I was fortunate to attend a Yelp event at Hemingway's at the Hyatt Regency Grand Cypress Hotel.

I met up with Cecille and her friend Pamela.  We were treated to free valet parking and then when we walked in, we were treated with champagne!  What a nice surprise! 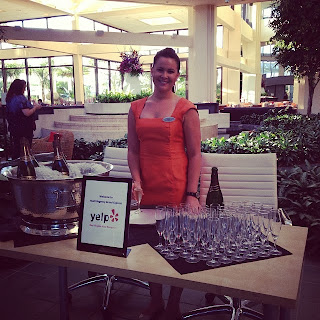 We socialized for about 5 minutes, then they took us to see the new pool area.  So pretty.  Then we headed into the restaurant. 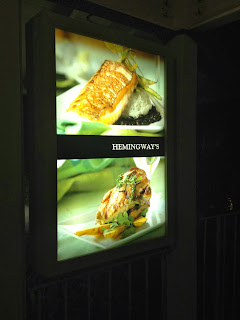 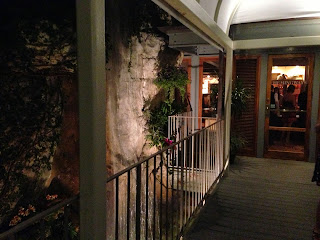 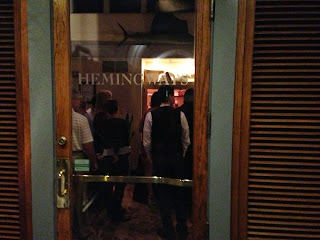 We signed in and then went into the bar.  We were shown how to make the specialty drink, a Papa Doble, Hemingway's favorite drink!  It was yummy!  We were also given 2 drink tickets.  I only used one on a soda (you could only order a small selection of wine and beer and I didn't like any of the choices.) 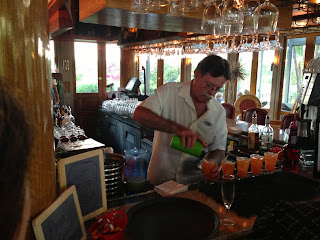 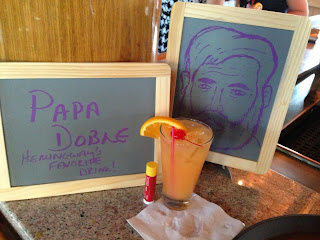 Then we headed to the back part of the restaurant.  We learned some neat facts like there are 815 rooms in the hotel and it just recently went under a MAJOR renovation.  The hotel was so pretty! I took this shot on the way out later. 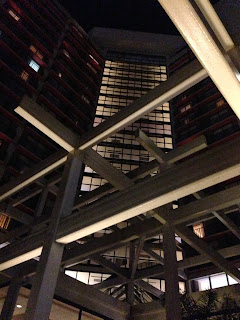 Then we got to the eats.

I also had a cheddar biscuit.  I wish I had taken more than one at the beginning because they were quickly gone! 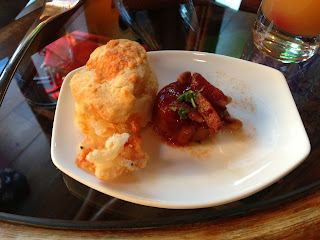 We had 3 types of ceviche- salmon, beef, and shrimp. 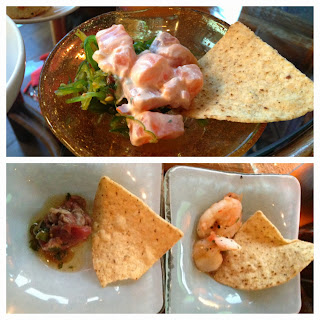 Then came my favorite food of the night--Crab Cakes!!  I'm not quite sure what it was served over but this delish was absolutely DELICIOUS!  I would have been happy just to have these over and over again all night.  I will definitely be back to get these some time! 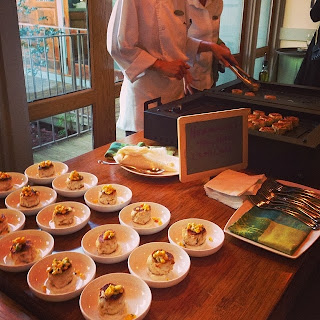 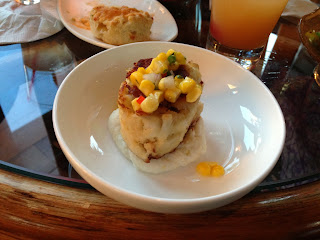 For dessert, we had a mini key lime tart and crème brulee (my fav!)  You could get it with or without a raspberry.  I opted for without. 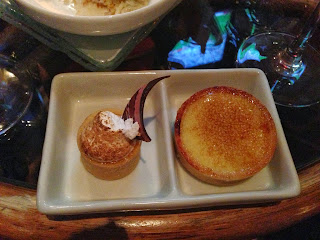 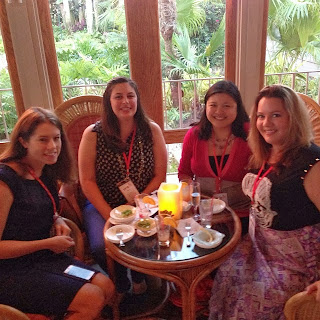 And we made a new friend, Meghan.

On the way out, we got a parting gift--a really soft orange beach towel! 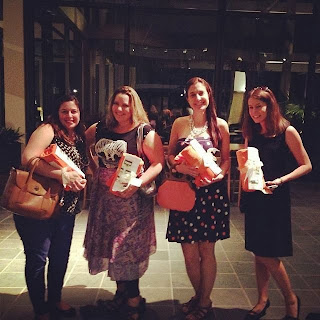 We had such a fun time out!  (In fact, we didn't want the night to end so we headed over to the outlets for a little shopping!!)

Thanks for the great evening Yelp and Hemingway's!
Posted by Andrea at 10:21 PM