One of the things that I HAD to do on the trip was go to Trader Sam's since I had heard so much about it!  I was meeting my friend Derek and his girlfriend (now fiancé!) there and couldn't wait! 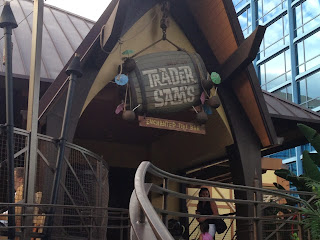 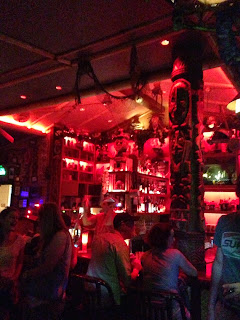 The inside is really neat. There's fun lighting and if you order certain drinks, different stuff happens.  My only complaint is that it is WAY TOO SMALL.  I definitely need to go back some time when it's less crowded so I can actually enjoy a drink in there.

Since it was so crowded, Cori and I waited outside for a table (Suluh was tired so stayed at the hotel room to take a nap).  Luckily we only waited 10 minutes or so ( and Derek and Liz weren't there yet) when a group got up and we got these great comfy seats.  And there was a fun musician playing music to along with the theme. 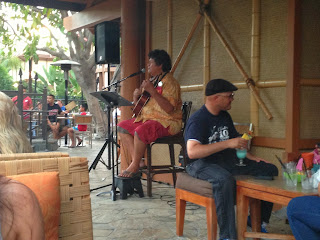 There were so many good sounding drinks that I had a hard time deciding what to get.  I finally decided on the Krakatoa Punch (without the souveneir glass).  It was really yummy! 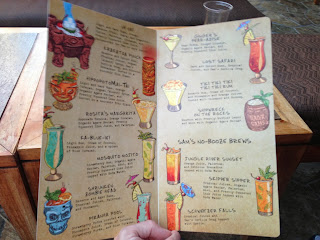 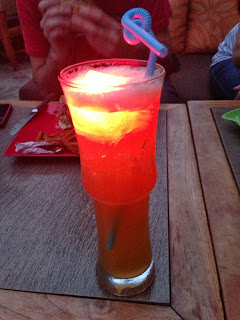 After talking for a while, Derek and Liz said they were going into the parks.  Which I was so excited about!  I wanted to spend every minute I could playing!  Cori was too tired, so she headed back to the room.
We headed to California Adventure first.  The gates look just like Disney's Hollywood Studios so I felt right at home! 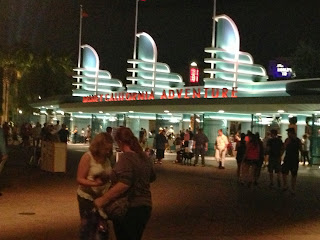 We saw the Carthay Circle Restaurant.  So pretty inside! 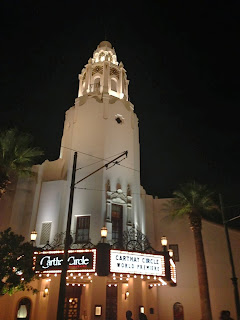 Then we headed into my other must do at Disneyland--Carsland!! 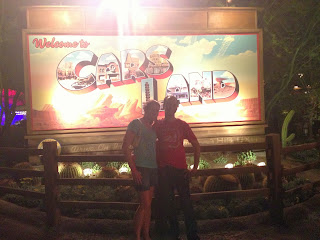 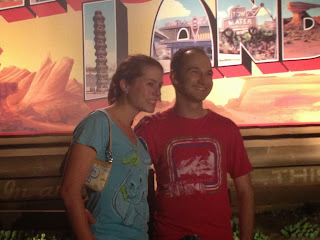 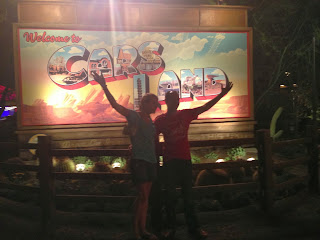 Here's where I got momentarily sad/mad.  I am a popcorn-aholic.  I have popcorn almost every day and I've been dying to try the flavored popcorn in Disneyland (when we went to Hong Kong Disneyland, I tried every flavor in the parks!).  Well, that night, one of the machines had broken down and the butter flavor was in the other machine.  No big deal, I'd stop by the next day.  Well, they continued to keep the butter flavor in the working machine!  It's not like you can't get butter at a billion other places at the park!  Switch it out so that the unique flavor is in the machine!  For the three days that we were there, it was never working.  I was so disappointed! 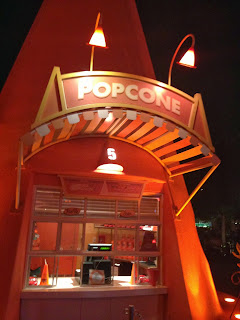 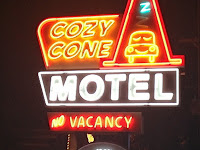 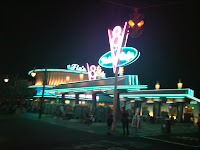 And then the ride that I had been waiting for.  Before we got in line, I had no expectations, just that it was great.  We got in the single rider line, which wasn't too long.  In line, Derek told me it was sorta like Test Track.  So then I wasn't expecting much.  I mean, Test Track is okay, but not THAT great.  I didn't get that he meant the type of ride is like Test Track.  The actual theming and point of the ride is completely different.  And AMAZING!  I ended up riding it every day!  And it cracked me up because at one point, Tow Mater says something like "Headed to the big race?"  And I would laugh and scream "Yes!" every time (since Hey, I was there for the big race--Dumbo!!) 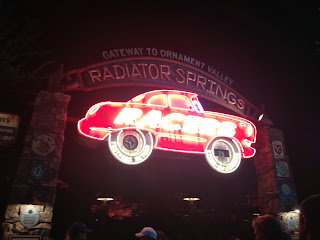 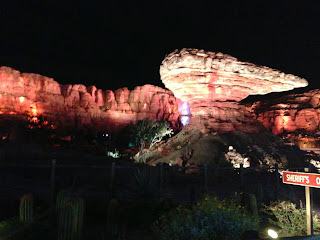 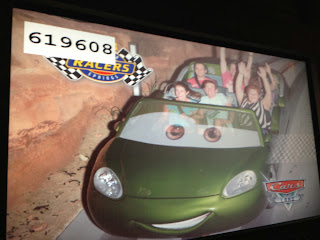 We also rode Luigi's which is like a giant human version of air hockey!  So fun and funny to watch the people trying to move the tires. 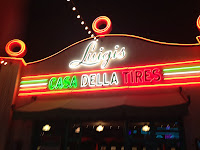 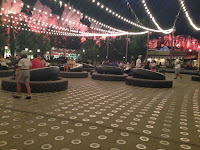 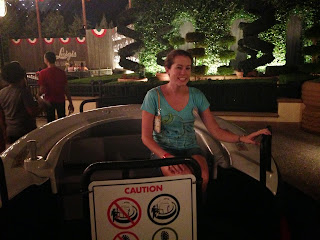 Then we headed over to the Disneyland side and I got my view of Sleeping Beauty Castle.  I always forget just how small it is compared to Cinderella's Castle.  Still so pretty though! 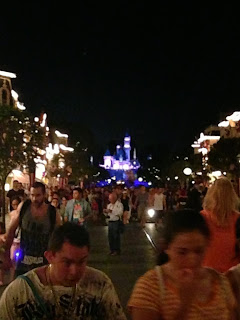 We rode Indiana Jones and I can't remember what else.
It was so much fun having Derek and Liz guide me around.  Derek used to work with me at The Great Movie Ride so we talked about old times and compared the parks the whole night!  It was so great to see them!
On the way back, I had to take a picture of this adorable Lego statue outside the Lego store! 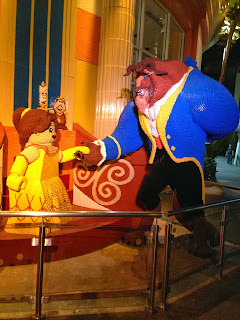 Once inside the room, I had to take a picture of the park view from our window.  So neat and pretty! 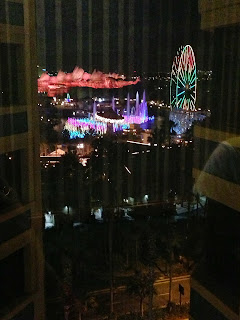 Email ThisBlogThis!Share to TwitterShare to FacebookShare to Pinterest
Labels: disneyland