We got up bright and early (well it was dark so not so bright).  But luckily we didn't have to get up as early as we do for WDW races since the starting line was right outside of our hotel.  So nice! 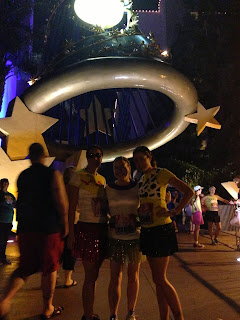 What wasn't so nice was the craziness that we encountered.  The 5k was just before the 10k.  Therefore, there was no getting into the corrals until about 15 minutes before the race started.  So you had tons of 10k runners just standing around wondering what was happening.  I wasn't such a fan of that.  But we did run into Justin (Always Running Forward) and his wife!  I used to work with Justin at the Great Movie Ride and only saw he briefly before one other race.  Otherwise it's been years!  We chatted for a little before the race started.

We got so many compliments on our outfits!  Our shirts were from Chic by Amber, the headband was from Sweet Sweat Bands, and the skirt was from Rock City Skirts. 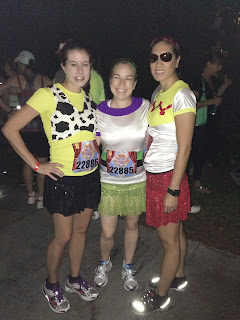 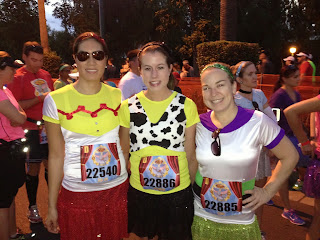 We were ready to go!  We were in corral D.  They announced the start for corral C and they took off.  So we walked up to where the start is....and kept going.  That's right--they never stopped D so we went with C!  So many people weren't ready.  Luckily, I already had my watch and app set but that could have been an issue! 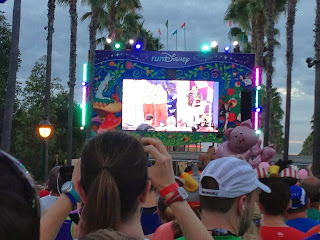 The race was great fun!  I love seeing all of the signs that spectators make.  Here's my favorite one. 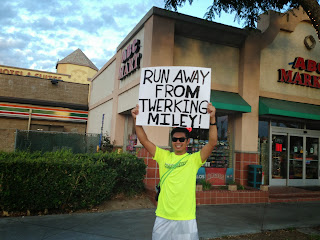 The 10k was great because it was mostly through the parks.  It was so fun to run through a new park and check out the sites.  We were taking it easy, stopping for several pictures.  We didn't want to push it too much since we had the Half Marathon the next day. 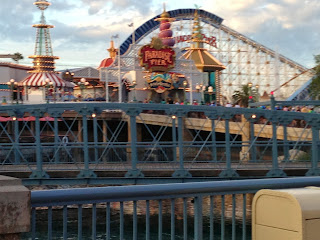 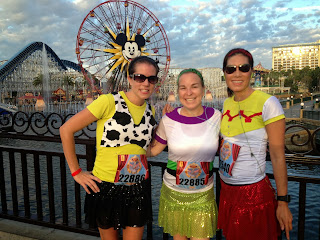 We were all set for a great shot of the three of us when this lady zooms over right in front of us.  You can see me yelling "hey!" 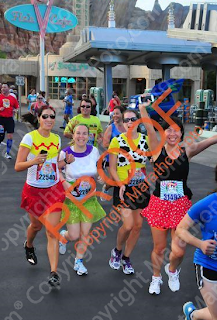 We saw the Toy Story characters and knew we had to stop for a picture!  Woody was so cute.  He picked me up in a huge bear hug! (We needed Buzz!) 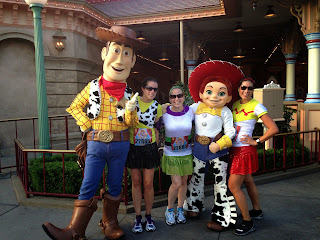 Not us, but I wanted a picture of the Monsters Inc. characters but we didn't want to wait in the line. 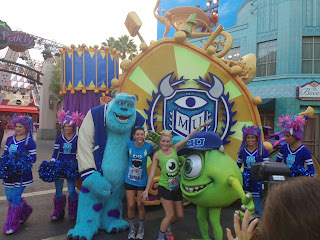 And here we were confused.  We weren't sure why there were animals in Disneyland but we named it Mini Animal Kingdom. 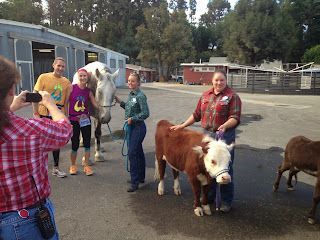 Cori loves the Chipmunks so I took this picture on the fly. 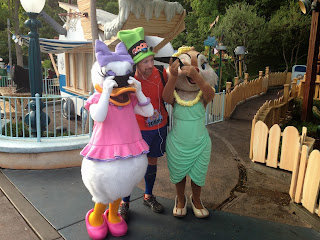 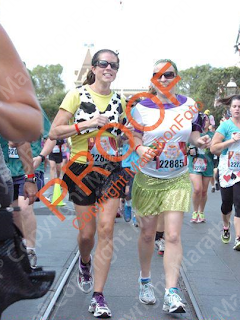 One of my favorite parts of the Disney races--running through the castle!!! 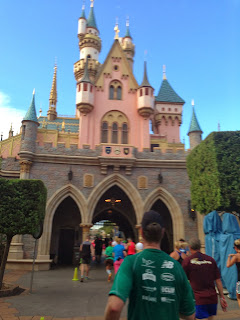 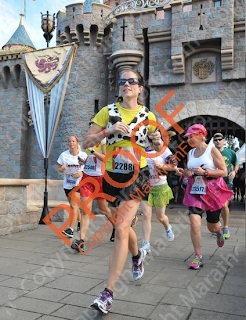 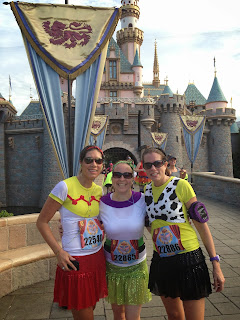 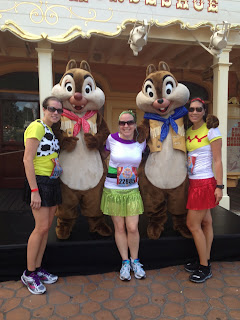 And we finished! (Oh look, another picture of me stopping my watch.  I really need to learn to wait just a few seconds!!) 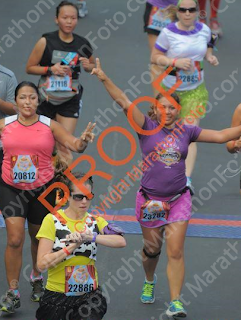 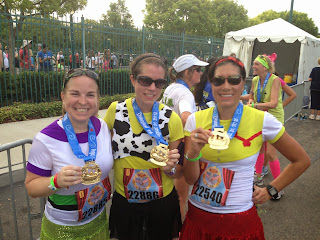 Our time was 1:20:15.  Definitely our longest 10k ever but so worth it.  We knew that we were saving our legs for the next day and we got lots of fun out of the race!! 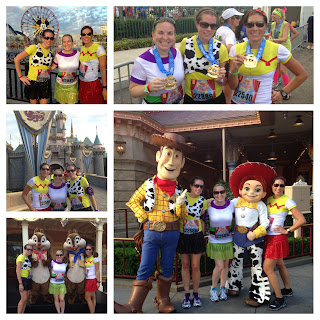