Today was the Castaway Cay day. 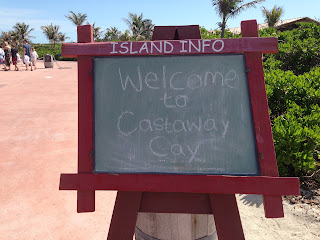 We woke up bright and early to do one of the things I was most excited about--run the Castaway Cay 5k!!  You can read my complete Race Recap here.  Another runDisney bib and medal to add to my collection! 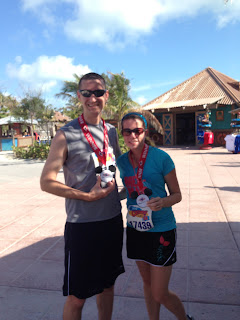 After the race, Kory headed to the adult beach but I headed back to the ship.  I'm always hungry after short runs and lunch wasn't for another couple of hours on the island.  I changed into my bathing suit, grabbed some breakfast, and headed back out to the island.

The adult beach is so nice and quiet and peaceful!  I ordered my favorite drink--a BBC.  Yum!

Natalie was down the beach and called me on the wave phone to let me know Jack Sparrow was coming! 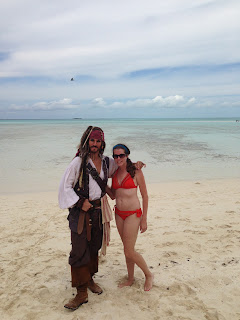 We had the bbq lunch on the island--yummy.  Then we headed back to the beach for about 5 minutes.  I am not a beach fan.  I'm too antsy to sit still and won't go in the water (especially since Kory had seen a sting ray out there earlier in the day).  So we headed back to the family side of the island.  I agreed to try the slides but it was too cold so Kory went on his own.  Natalie and I looked around the shops some.

Kory knew I was growing bored, so we headed back to the boat. 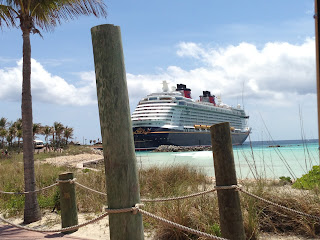 We made a drink in our room (the banana fro-yo made another appearance) and headed up to the adult pool.  I LOVE this pool.  There was this really shallow part (like inches deep) where you can sit in the water and be cool and still tan.  I need one of those around here!

We stayed there for a little while then headed back to the room to get ready.  Then we went to see the show Kyle Knight & Mistie.  They were doing another magic show.  It was good and interesting, but I prefer the broadway style of shows. 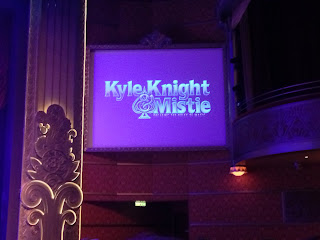 Then we headed up to dinner at Palo 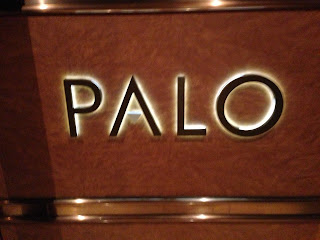 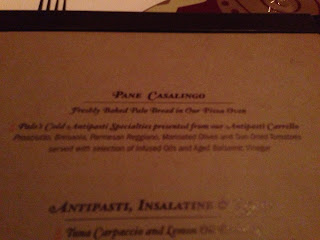 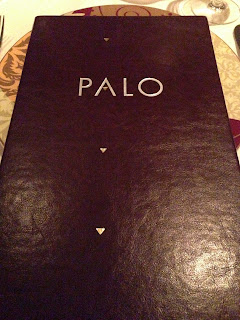 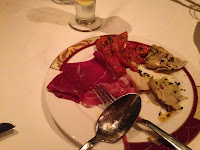 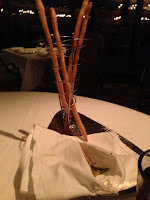 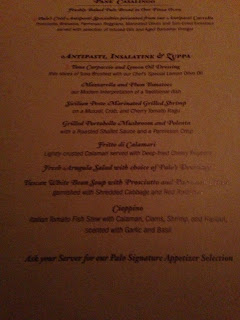 I had the Grilled Portabello Mushroom and Polenta.  This was the BEST thing I had on the cruise.  Soooo good!  I want it again!  (and it had my cheese crisp that I had already eaten by the time I snapped the pic!)  Kory had Fritto di Calamari (he got mad that I was always taking so many pictures so this is the last one of his food that I have.) 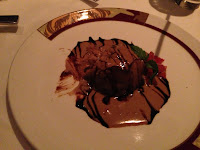 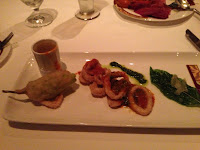 There was what I think was a lemon sorbet next 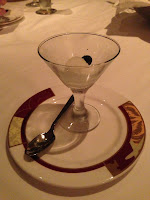 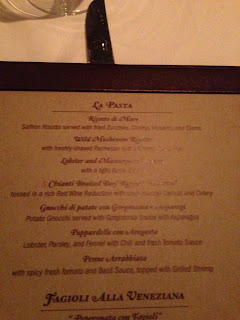 I had the Wild Mushroom Risotto. 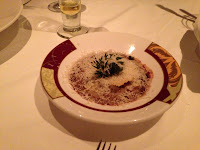 From the La Carne menu, I had Our Beef Tenderloin "Palo".  The gorgonzola sauce was yummy! 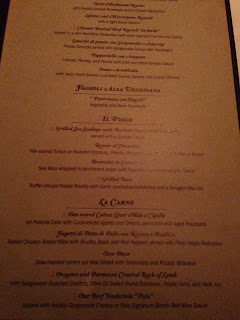 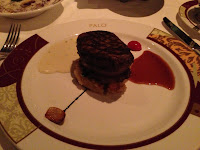 For dessert, I had the chocolate souffle 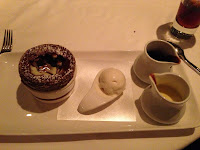 Now, I have to say it...I was EXTREMELY disappointed with Palo.  Our server was pretty horrible.  He was completely distracted the whole time.  He would be talking to us and then yelling to another server at the same time.  Or he'd walk away then in the middle then come back.  He didn't explain any of the dishes to us.  I asked him which one he'd prefer: the mushroom risotto or the steak.  He just walked away then during the dinner, brought out both.  I didn't want both.  I wanted his opinion.  I guess being a cast member, I have high expectations for fellow cast members.  And being that this was an upgraded restaurant, this shouldn't happen.  The food was okay.  It had my favorite thing of the whole ship, but the rest was only as good as the food in the regular dining rooms.  And I definitely preferred our regular servers.  I'm hoping this is a rare occurance.  I'd give Palo one more chance since I've heard such rave reviews about it.  I'm sad that our experience was lacking.

We headed back to the room for a second and found our towel animal--a hippo! 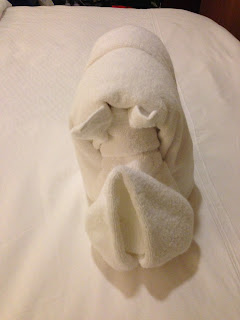 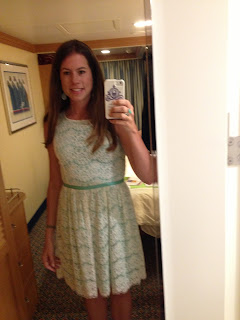 We headed upstairs to the deck to watch the fireworks for Pirate night.  I was excited--I love fireworks and the idea of seeing on the ship was neat!  Made the night end on a high note. 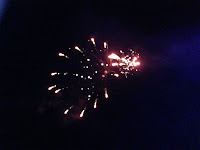 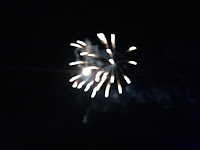 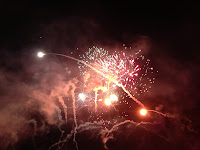 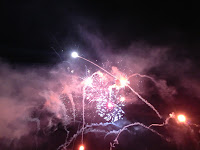 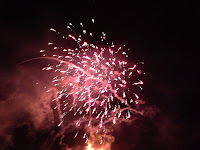