Waaay back on November 6th, I attended a fabulous Yelp event at the Tony Roma's on I-Drive. 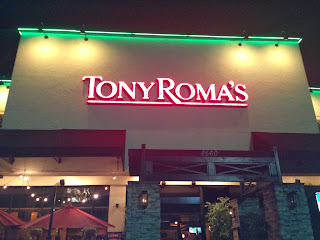 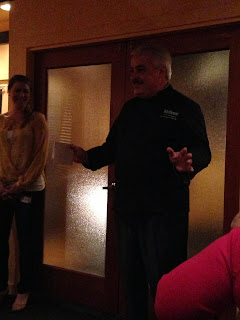 Up first--drinks.  I ordered a cantaloupe martini.  I'm not a fan of martinis so I asked for it to be super sweet.  This was perfect and delicious! (I had another later on).  You could also order a classic margarita. 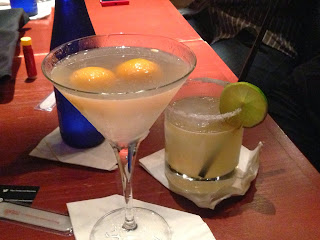 While we enjoyed the drinks we snacked on some salted almonds.  I'm not a fan of nuts but I was hungry so tried some.  I'm not sure what it was, but the seasoning was sooo good!   I had quite a few!

Up first was an appetizer--Pigs in a blanket (pecan smoked sausage wrapped in bacon with bourbon sauce) and fresh jalapenos stuffed with chicken breast and cheese.  The pigs in the blanket were really yummy!  I don't like spicy food so I just tried the chicken in the middle of the jalapeno.  It was good but still way too spicy for me. 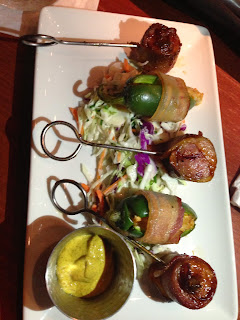 Up next: Pulled pork tacos--They smoked the pork for 5 hours.  The tacos had apple cider coleslaw and sriracha BBQ sauce.  These were good but still a little spicy for me.  I liked the shell they were cooked in. 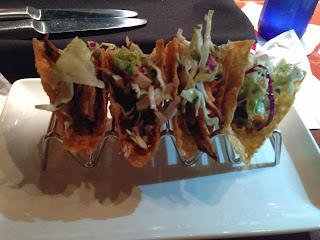 Ok, I'm weird but one of my favorite things was this next appetizer: Charred onion dip with BBQ seasoned chips.  I LOVE dips.  And this one was so good.  And even the chips were addicting.  YUM! 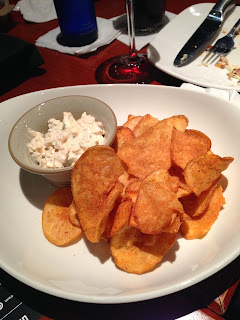 For a salad, we tried the Smoked veggie salad with mozzarella cheese and portabella mushrooms with asparagus and a raspberry walnut vinaigrette.  I snuck a lot of cheese off this one! 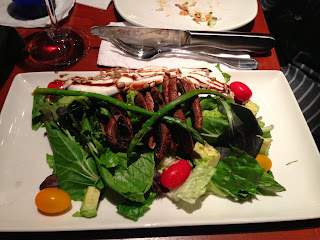 Next was a Vegetable pot pie with carrots, celery, bell pepper, and lima beans.  I'm not a huge fan of pot pies and I was starting to get full so I skipped this one. 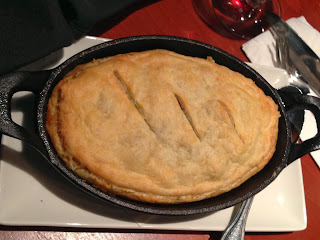 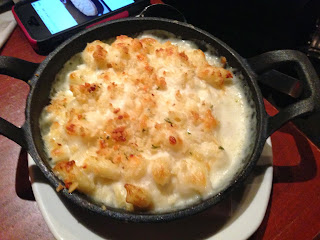 For the main entrees we tried the Smoked prime rib with Yukon gold smashed potatoes.  It was served with horseradish and beef au ju. 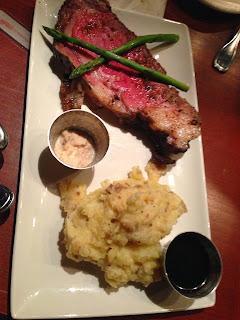 And Lemon brined chicken with fingerling potatoes in rosemary butter. 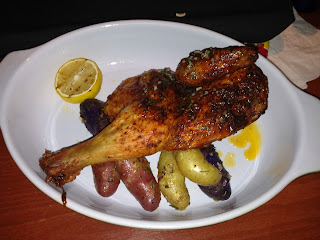 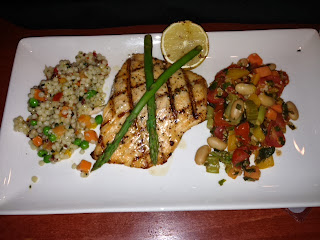 For the first time ever, I tried brussel sprouts!  They had bacon, balsamic, and pine nuts.  They taste a little like cabbage to me. 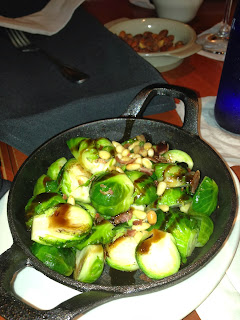 By this point, we were all ready to be rolled out.  And then dessert was served.  Ricotta Cheesecake served with fresh berries in agave syrup.  This was really yummy. 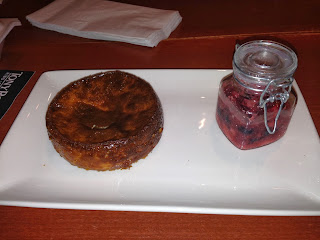 But the star dessert: Chocolate Mayhem!!  Cake with bourbon caramel coffee ice cream, Ben and Jerry's chocolate ice cream.  chocolate Kahlua mousse, and Snickers bars.  We were all sooo full but we couldn't stop eating it! 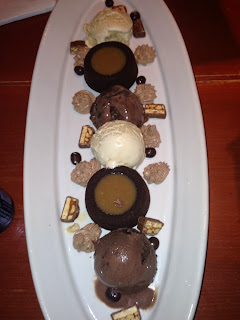 We had so much fun!  It was all served family style so it was nice to just relax and chat. 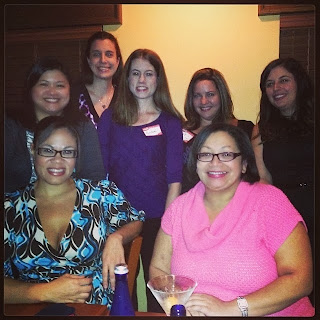 As a parting gift, we got some Roma Bucks. 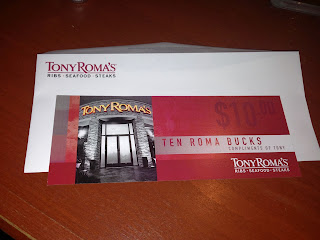 We had to get a picture with Chef Bob! 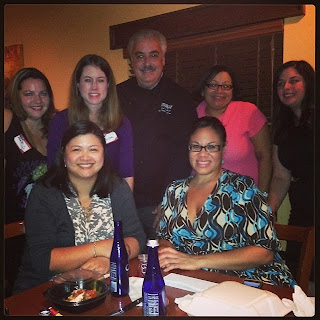