Dopey Weekend was here!  Part 1 of the challenge was the WDW 5k.  Fatih and I decided to dress up as Dopey since we were running his challenge and all! 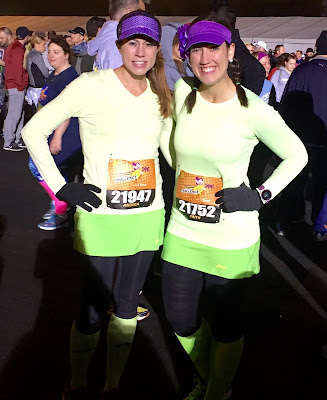 We were in corral B so only had a short wait before we were off and running.  We saw Holly in the corral! 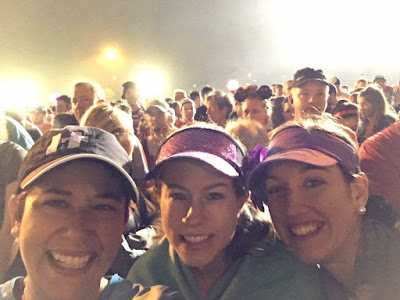 It's been a few years since I've run a Disney 5k but they're so much fun.  We saw quite a few characters (including a black cat that I couldn't place--it was Muffins from Bolt) but we couldn't stop for any pictures since we had to head to work after the race.

I actually ran the whole thing without stopping for a walk break (it's been since spring since I've been able to do that).  And our time was 32:07.  Not bad! (I apparently forgot to stop my runkeeper). 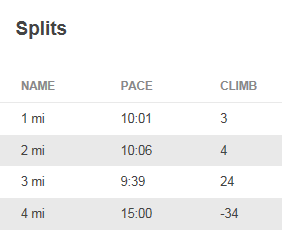