Some of the YelpSisterhood decided to visit several restaurants for Visit Orlando's Magical Dining Month.

The first of these restaurants was Hemingway's, which is located in the Hyatt Regency Grand Cypress.  Most of us had been there before for a Yelp event the previous year.  In fact, that was where we met Meghan for the first time!

The menu looked delicious, so we were all excited to dine there again.

First up, the matter of drinks!  I'd tried the Papa Doble during the Yelp event and loved it so much that I ordered it again. 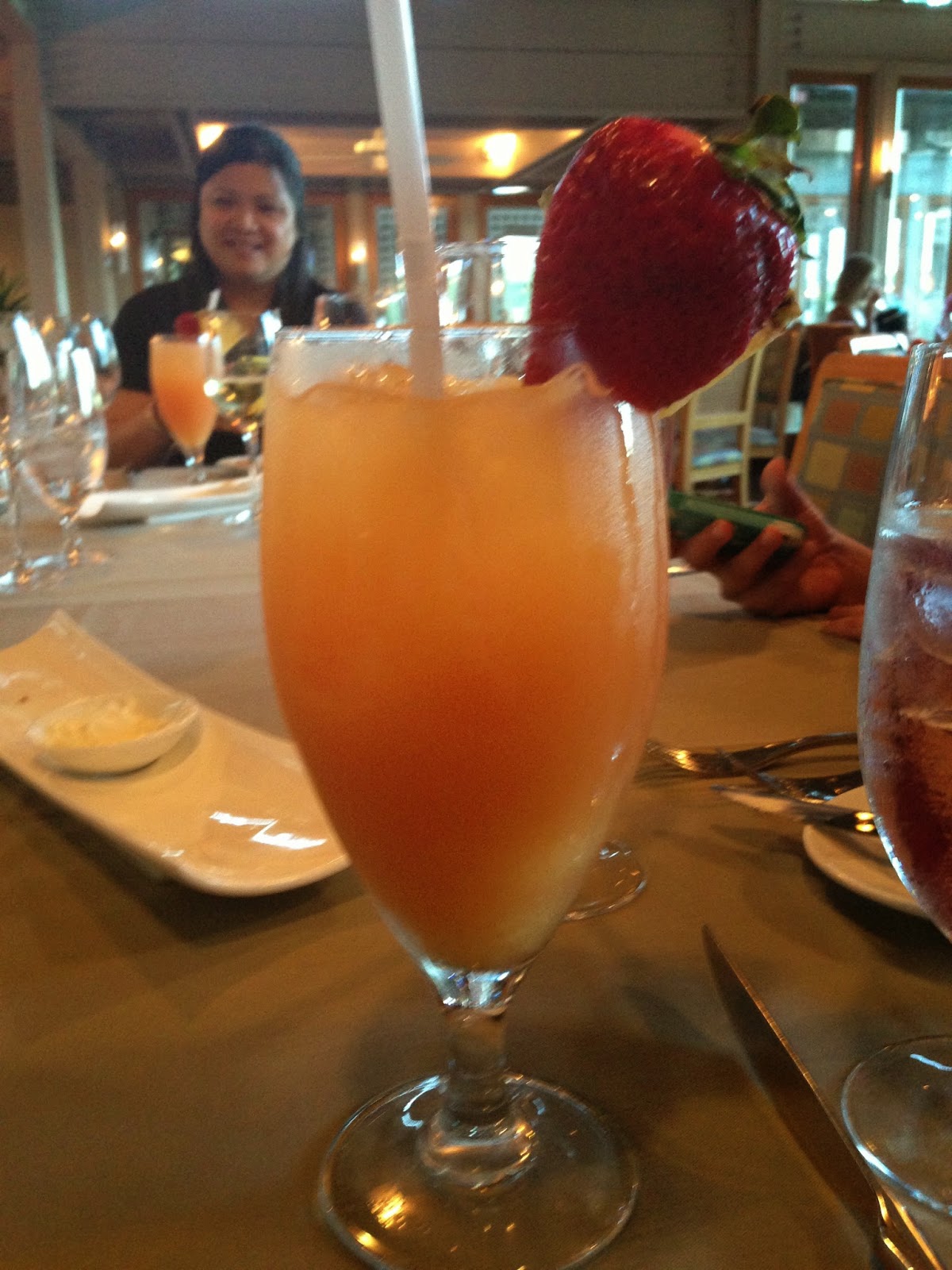 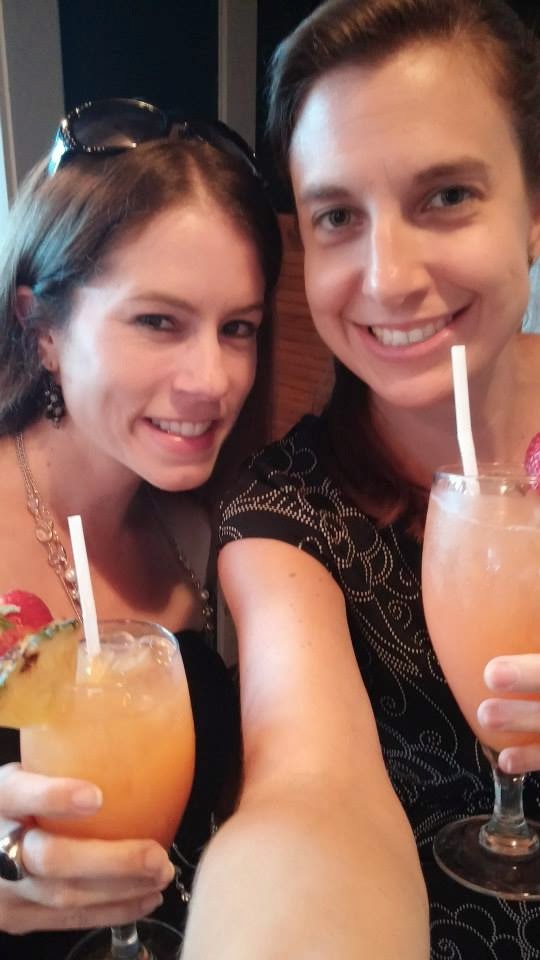 I briefly checked out the menu, but I already knew what I wanted. 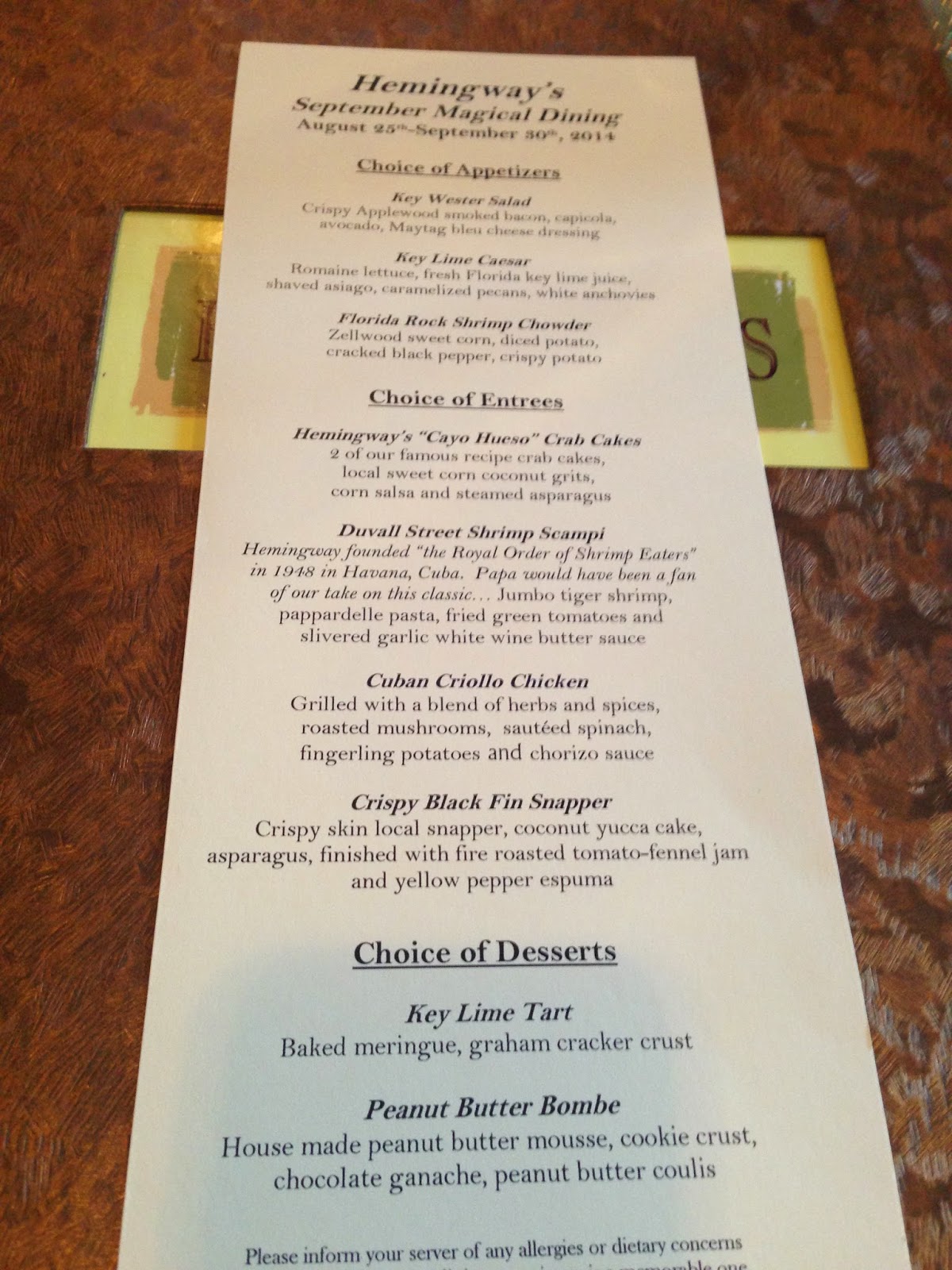 Our bread selection (and I actually ate it!  The top was onion-y flavored I think!) 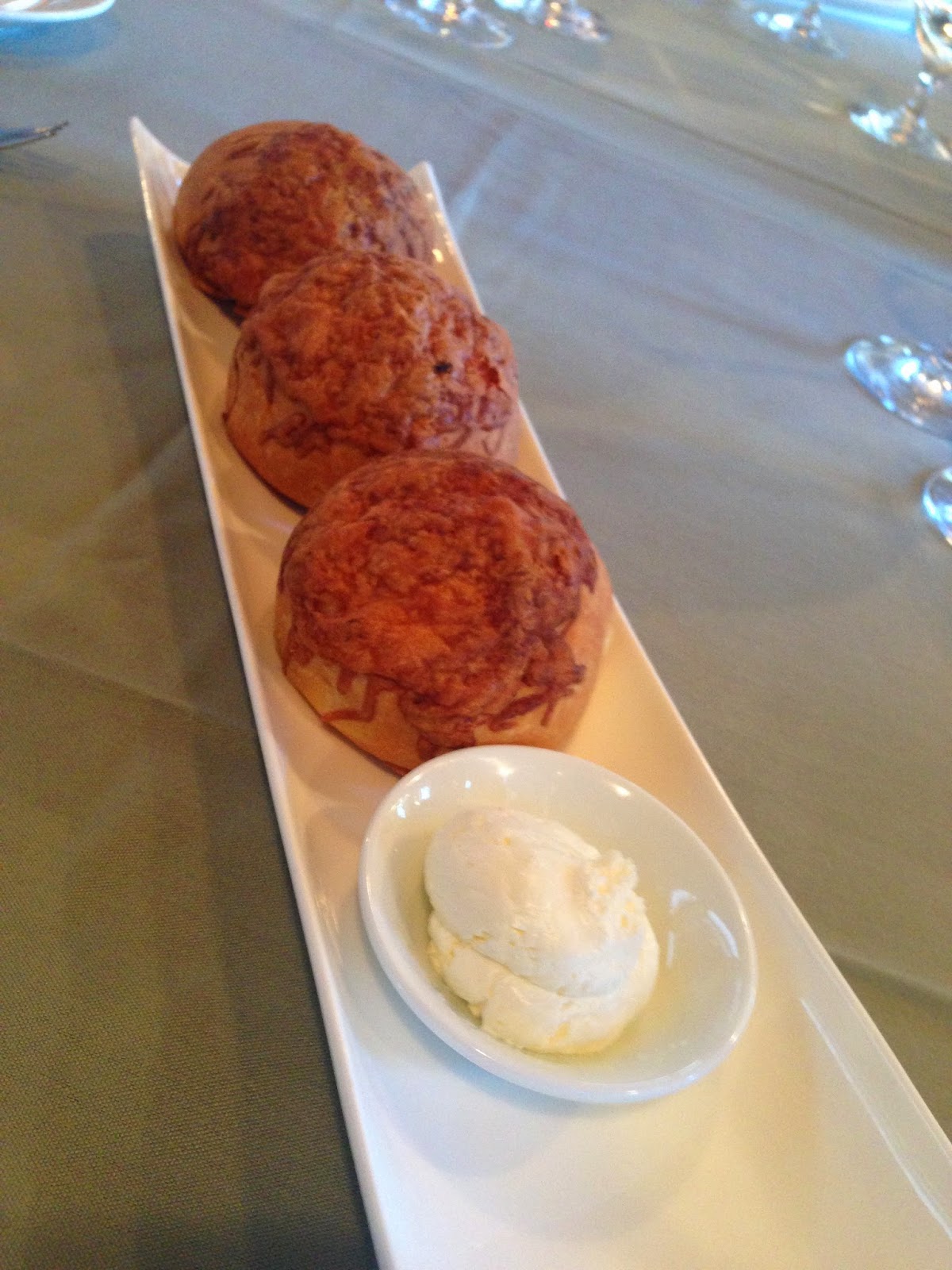 We started with the appetizer 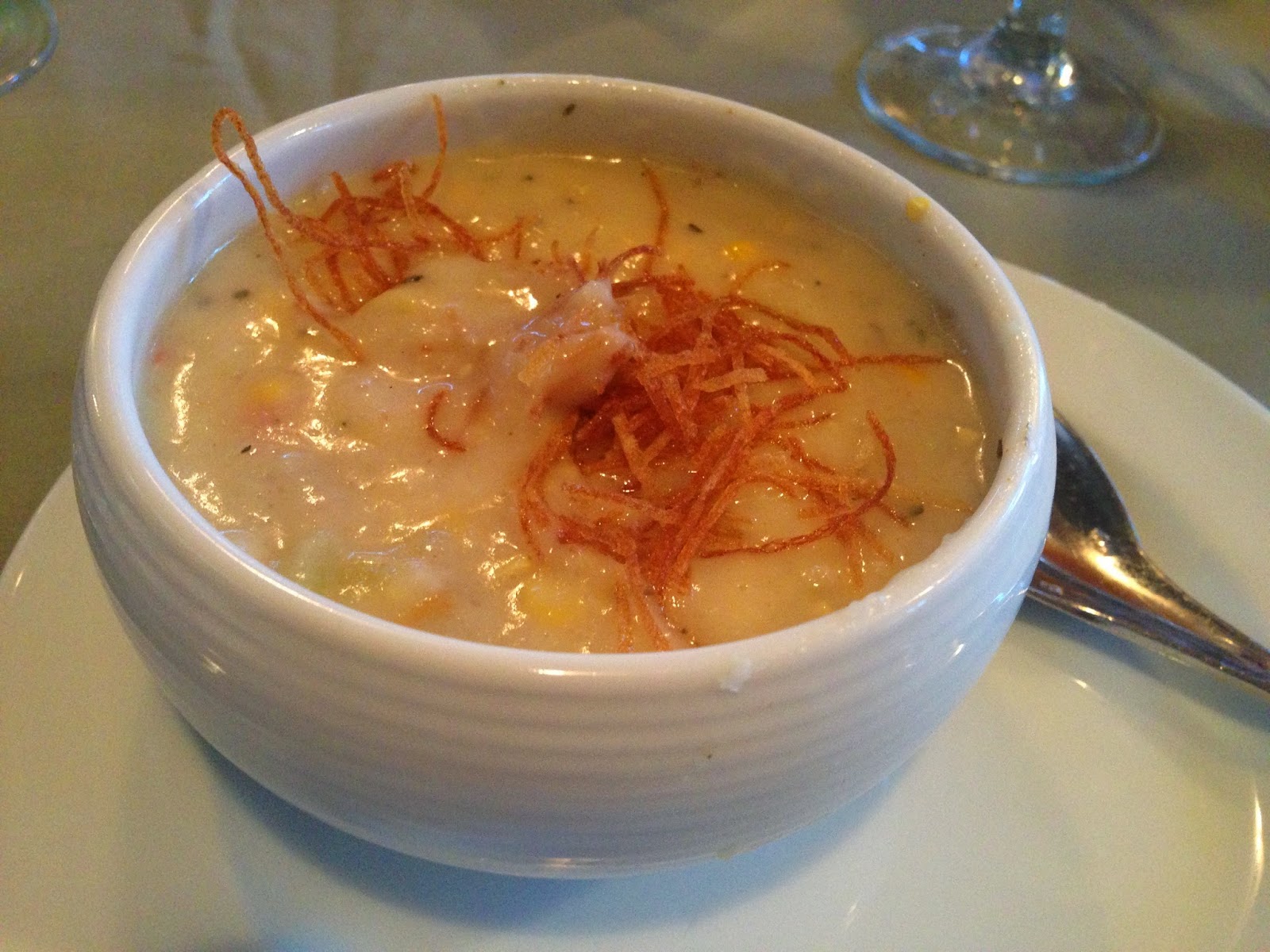 Florida Rock Shrimp Chowder which is Zellwood sweet corn, diced potato, cracked black pepper, crispy potato.  MMM!  So good!  I only wish there had been more shrimp in it. 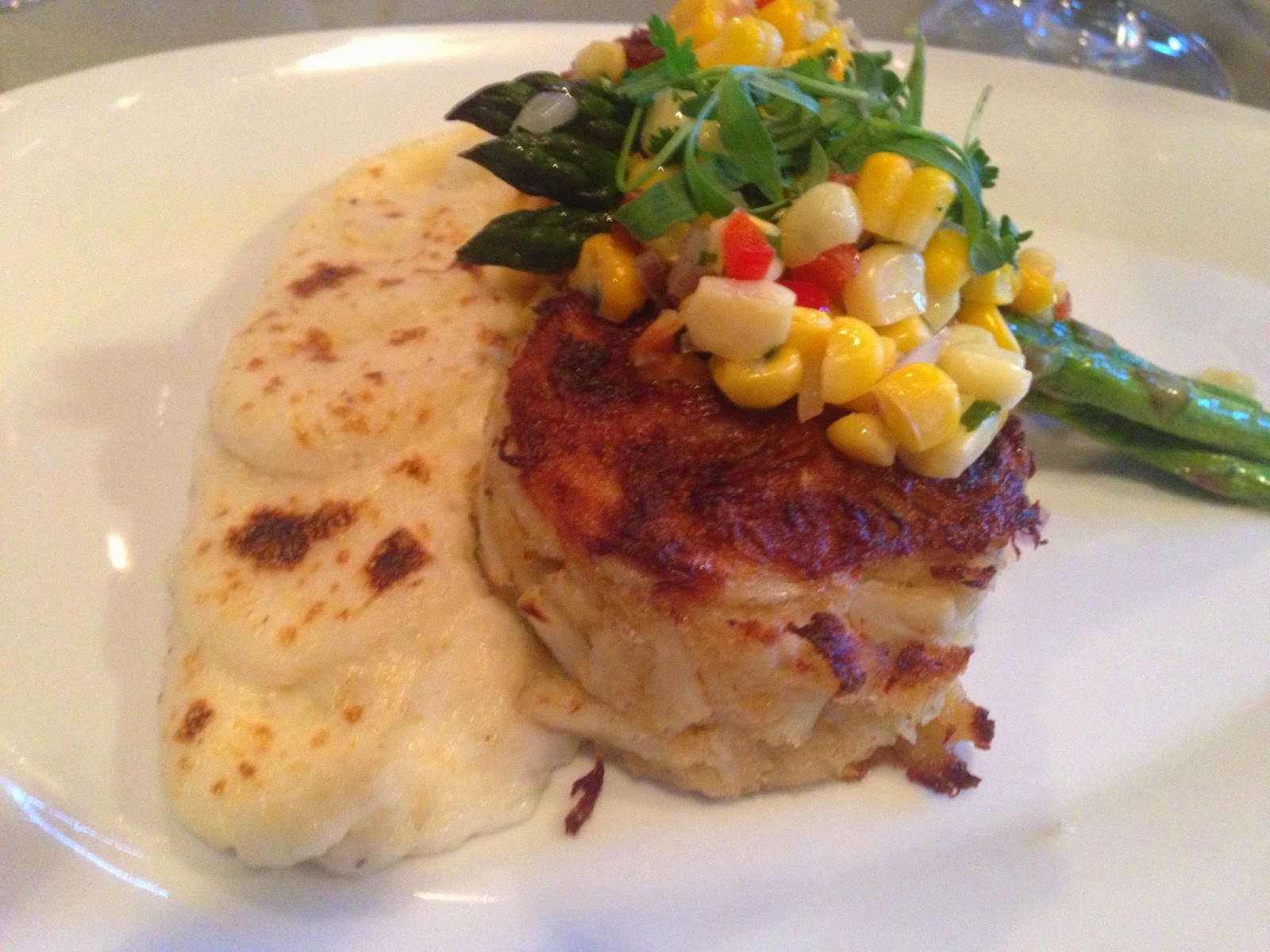 Hemingway's "Cayo Hueso" Crab Cakes--two of their famous recipe crab cakes, local sweet corn coconut grits, corn salsa & steamed asparagus.  The crab cakes are what I remember most from the Yelp event.  I couldn't get enough of them!  And tonight was no different!  The crab cakes were delicious!  I'm not a fan of coconut so I didn't particularly like (nor eat more than a few bites) of the grits.  I should have asked for mashed potatoes or something.  But those crab cakes.  I will get those EVERY.  SINGLE.  TIME!  (although a few of the girls got the shrimp scampi and the shrimp were HUGE!!!)

For dessert, I was one of the few who didn't order the Key Lime Pie (I don't like tart things). 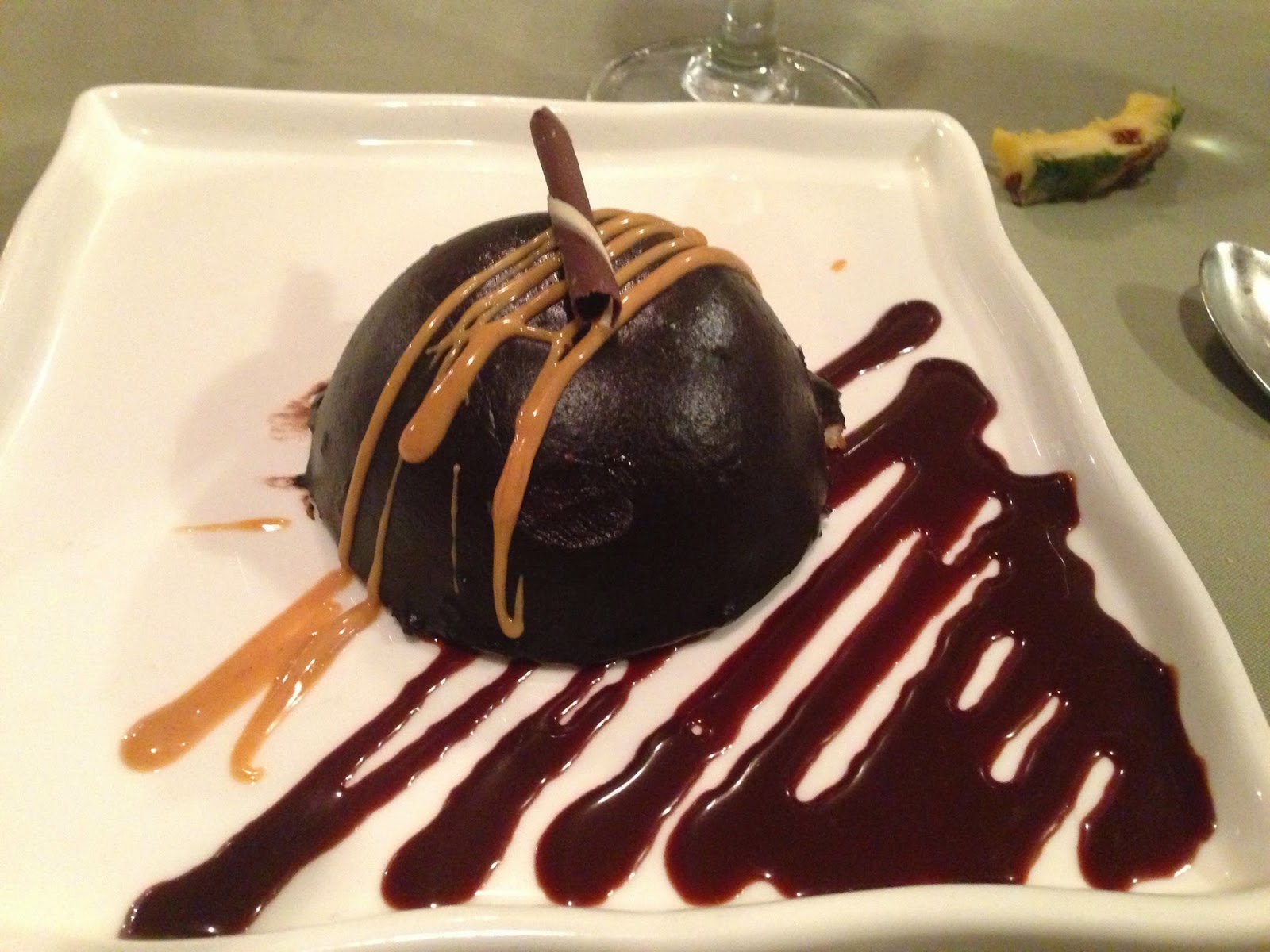 Instead, I got the Peanut Butter Bombe.  It was a house made peanut butter mousse, cookie crust, chocolate ganache, with peanut butter coulis. It tasted like a giant Reeces Peanut Butter Cup.  I devoured it!  And proceeded to look around and see that all the other girls only ate half of their desserts and were taking it home.  #I'mAPig

Hemingways was such a great choice!  If you love seafood, I  definitely suggest it! 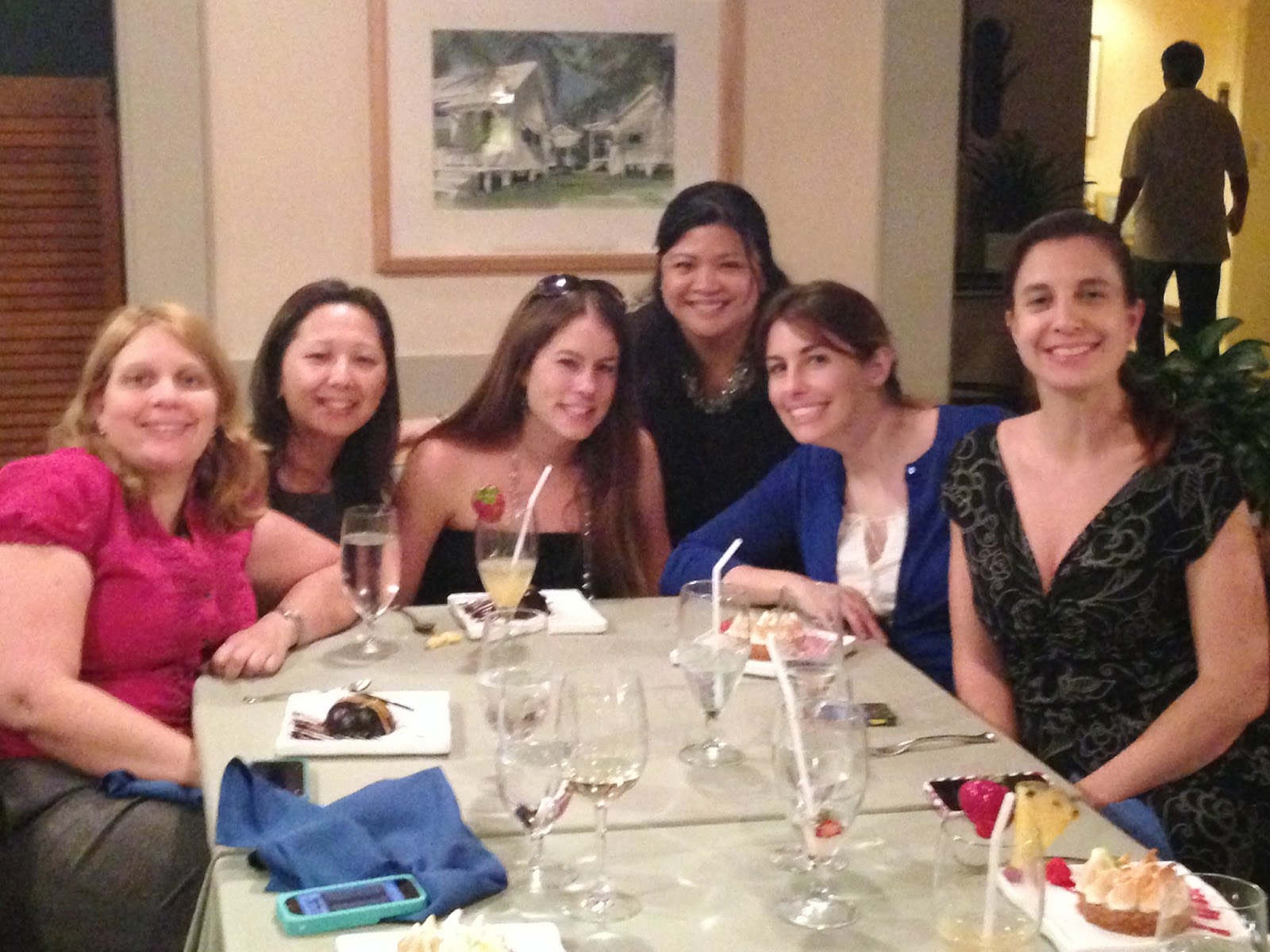