I love Mickey's Not So Scary Halloween Party!  It's one of my favorite events of the year!  I'm a big kid!  I love dressing up and getting candy!  So when we talked about going, I was all for it!

And random--but check out these girls I saw on the way to the park.  They made their own costumes--jealous! 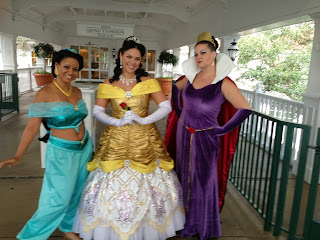 We started off the night eating at the Plaza Restaurant, which was still on my list of the few WDW restaurants I hadn't eaten at yet.

Then we headed off.  And we saw the Monsters Inc Dance party--too cute! 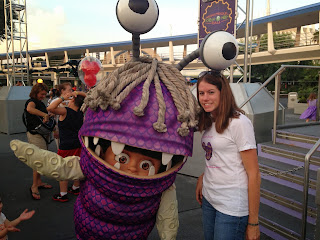 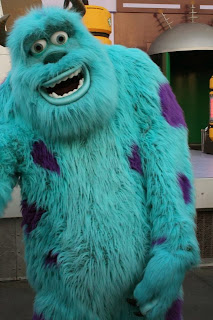 Instead of costumes, Beth had these adorable shirts made.  The girls had the princesses dressed up in their respective villains outfits.  And the boys had the pictures of the wild princes. 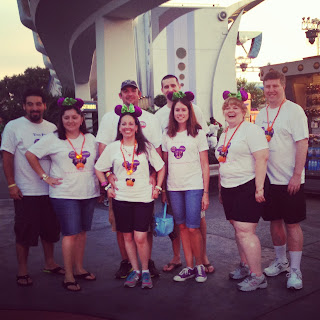 I didn't take too many pictures but we did several rides and candy stops.  We also tried some new eats.  I wanted to try the candy corn ice cream.  But they were out!!  Seriously Disney??  After the problem 2 weeks before with the popcorn I wanted, I was not on a roll with my food choices.  (It turned out to be okay though because we learned it was just vanilla ice cream with candy corn on top, not candy corn flavored ice cream like I thought.)  A couple of us got the pumpkin waffle at Sleepy Hallow.  I didn't because I didn't think it was served with vanilla ice cream, but it was!  I just sneaked some bites instead :)  It was really yummy!
Then we headed to the front of the castle to watch the castle show before the fireworks. 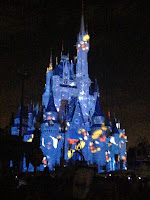 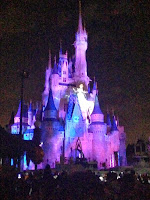 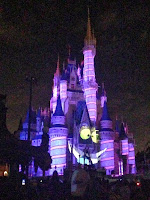 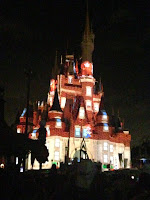 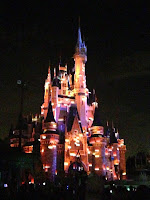 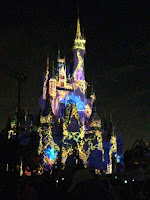 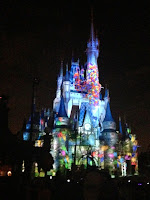 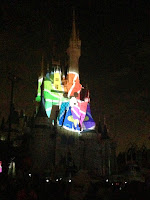 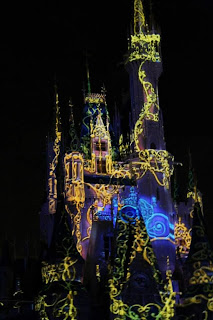 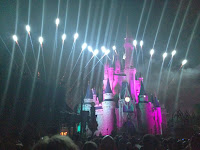 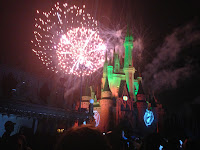 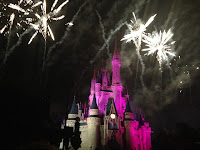 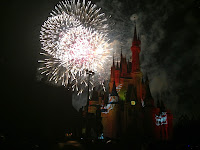 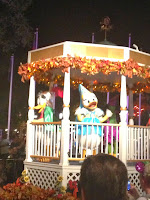 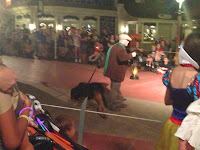 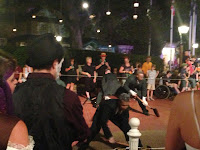 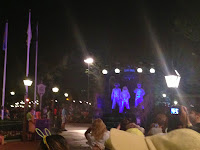 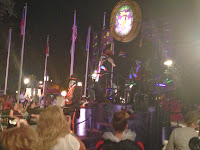 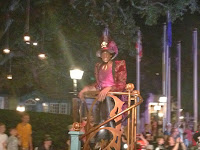 And of course we rode the Haunted Mansion!  There was actual a live character out front as entertainment.  Pretty neat to see! 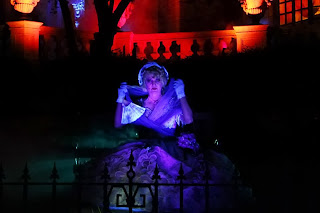