When Meghan asked if I wanted to join her for an empanada making class at Cuba Libre Restaurant & Run Bar, I immediately said yes! 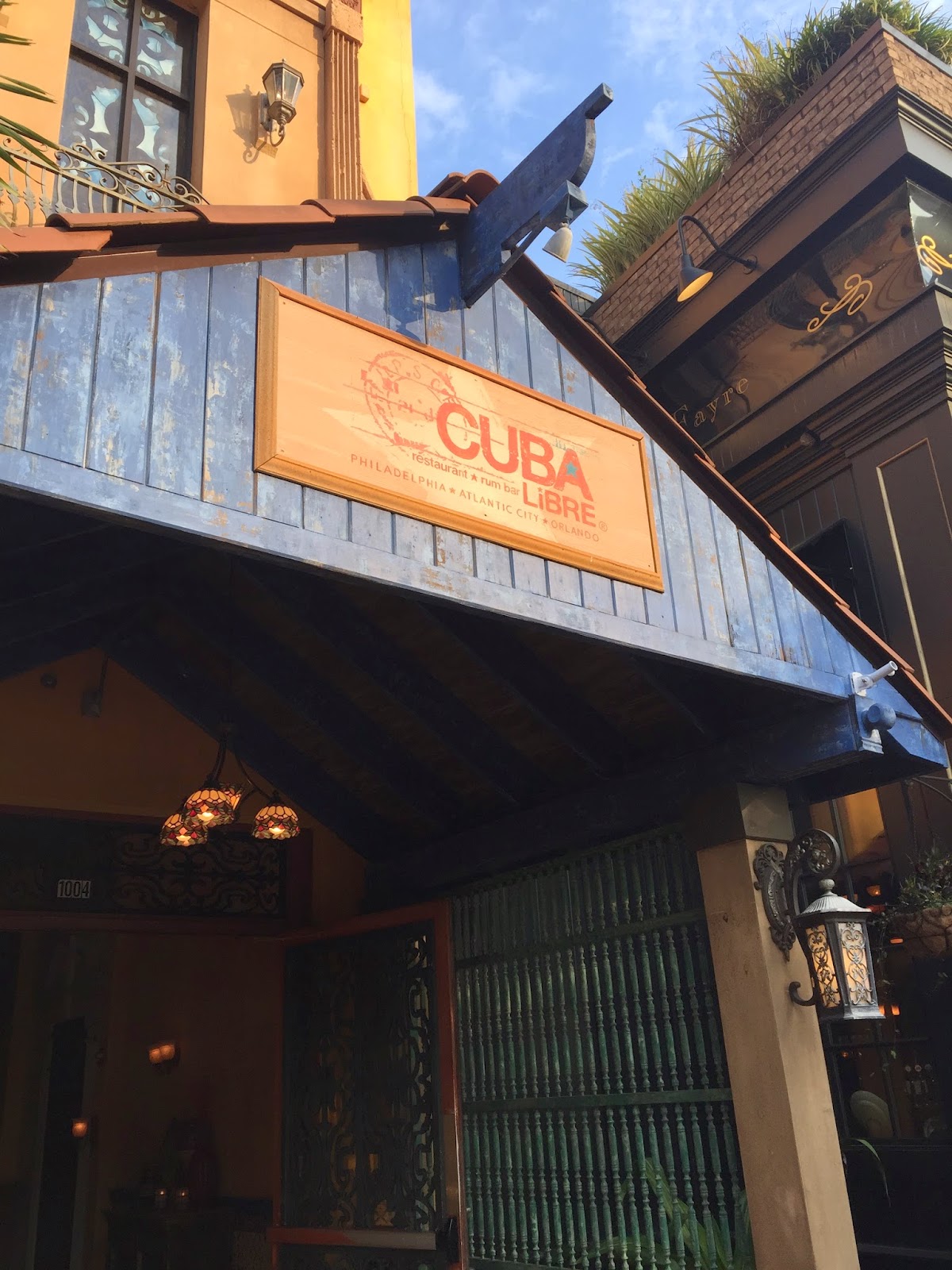 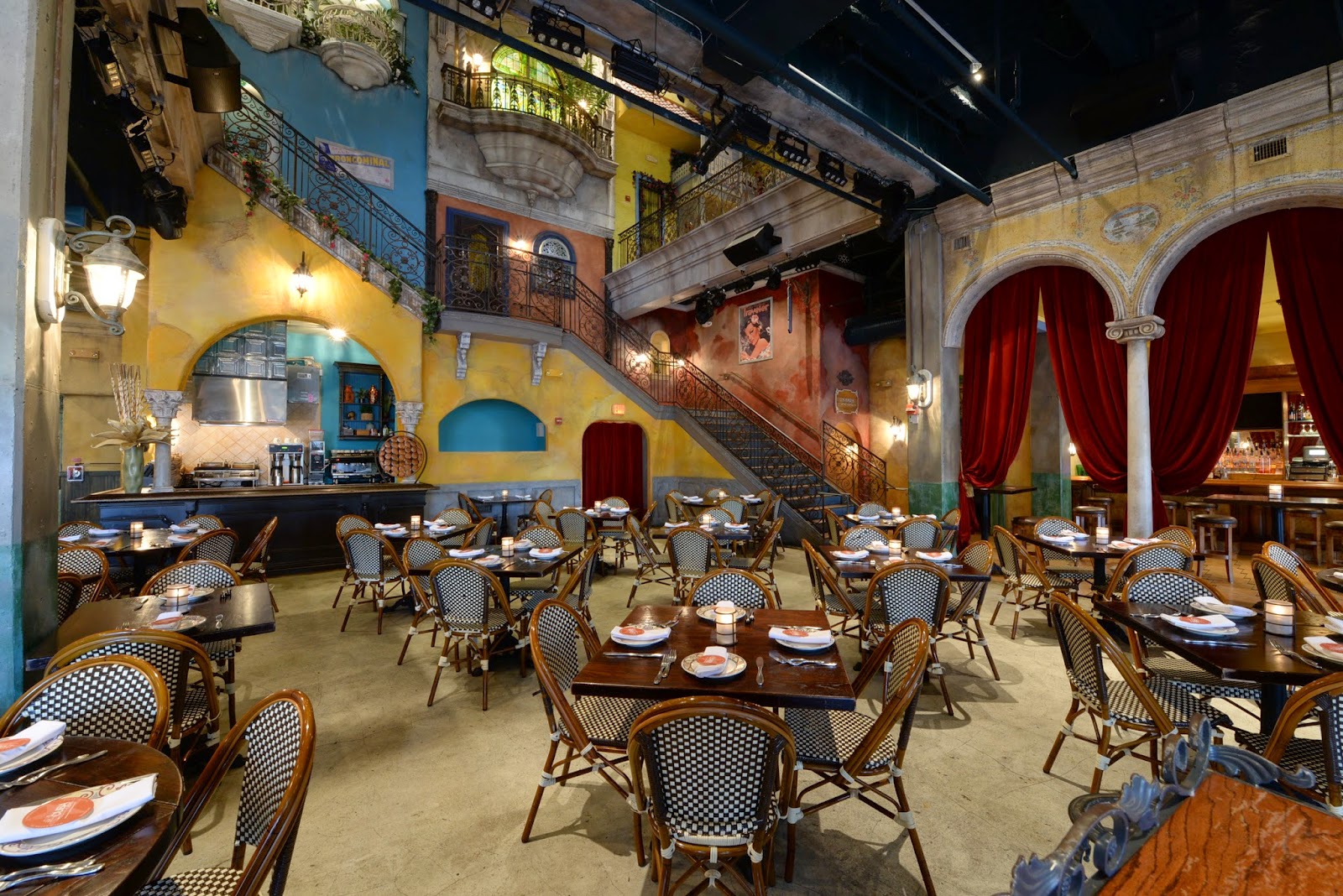 After checking in, we said hello to some friends and then headed right over to make our empanadas!  We could choose from beef, chicken or cheese.  I chose chicken and cheese together! 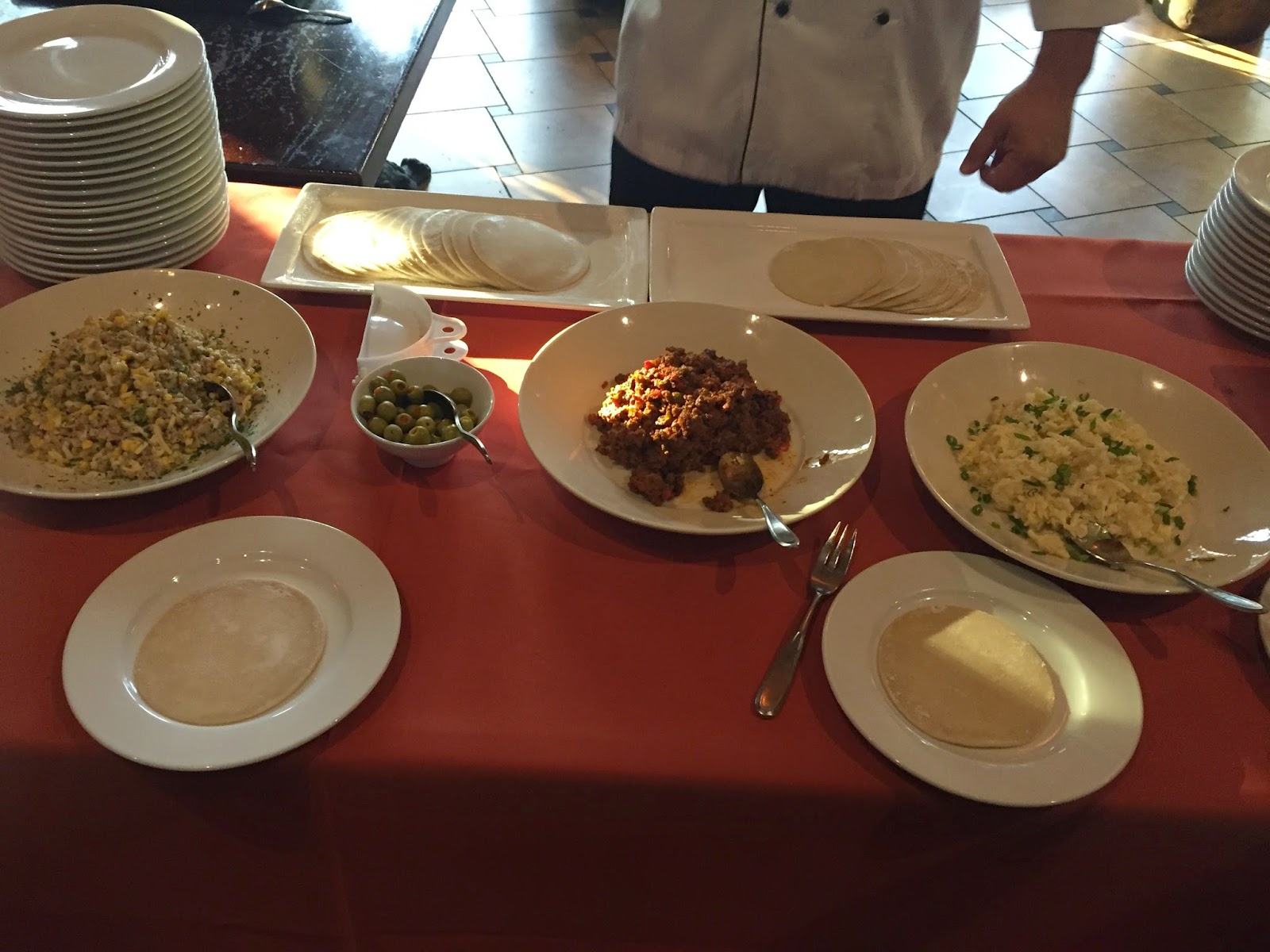 Executive Chef Jose Gonzalez walked us through the steps of filling the discs, pinching it closed, using a fork to make marks (which not only makes it look pretty but helps seal it!), and finally giving the empanada an egg wash. 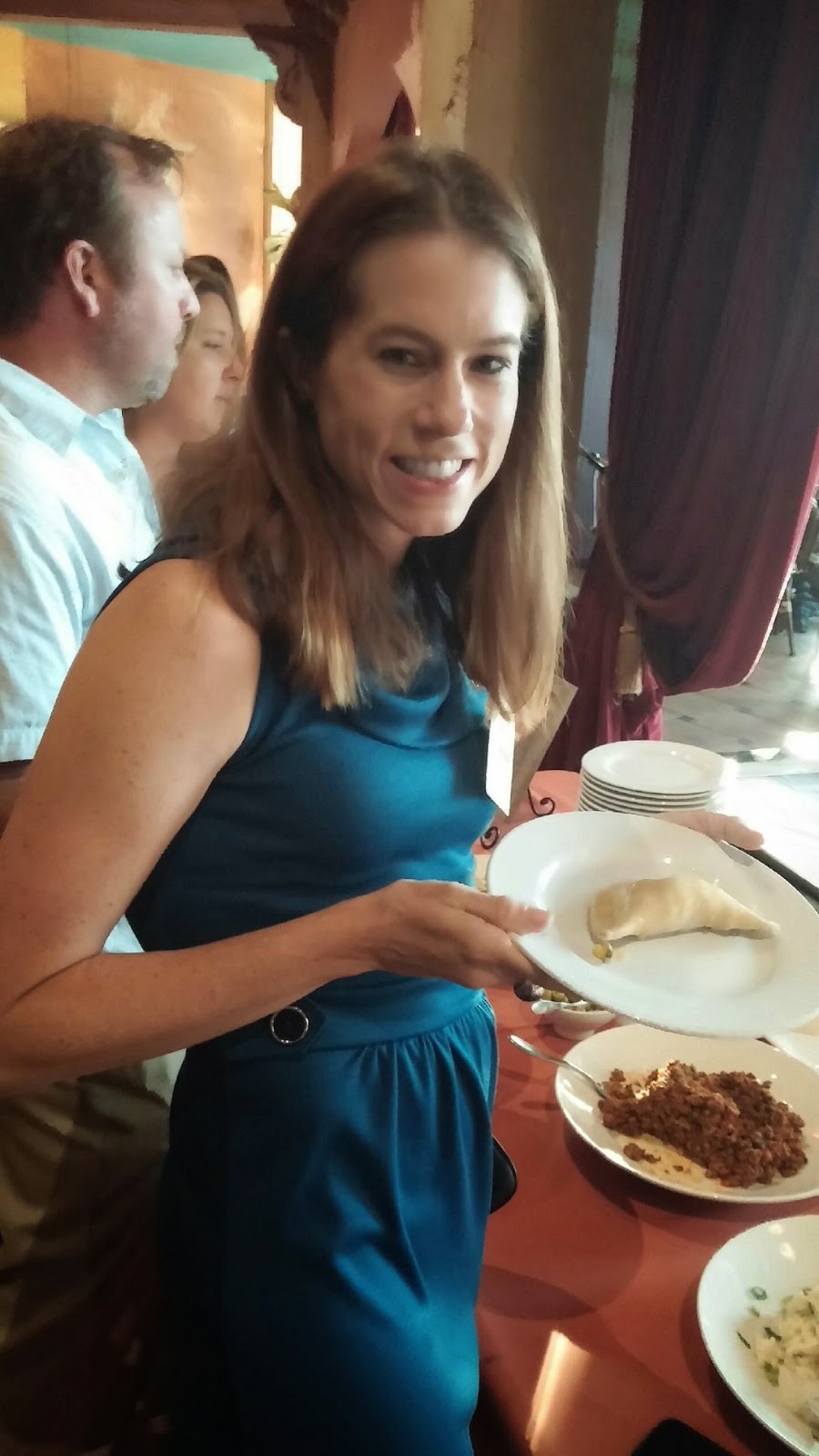 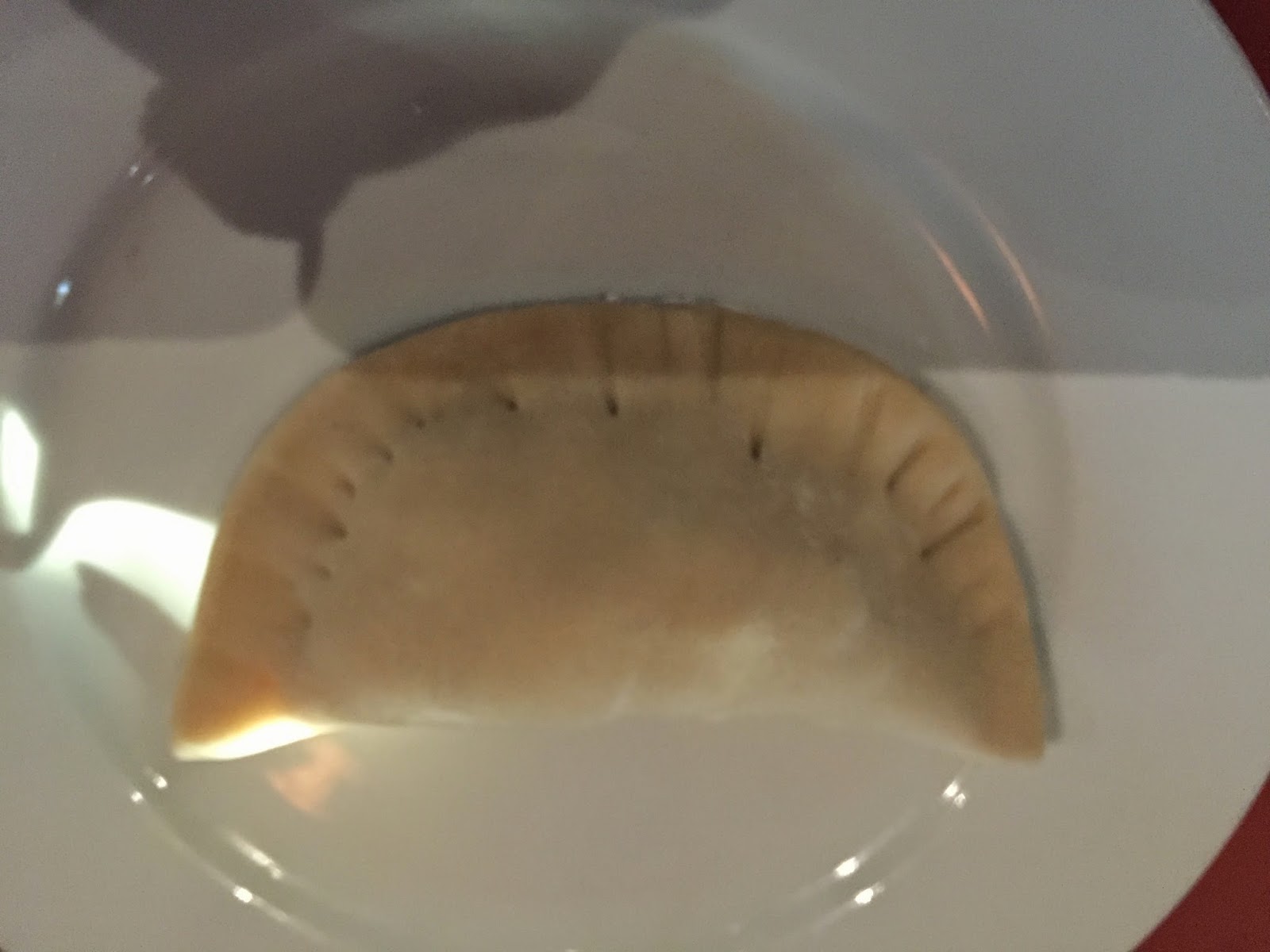 They were put on pans and popped in the oven!

While we waited for the empanadas to cook, we headed over to the Mojito station!

We were taught how to take 6 leaves of mint, break them in half, add a jigger (or two, cough cough) of their rum, some lime juice, and cane sugar. 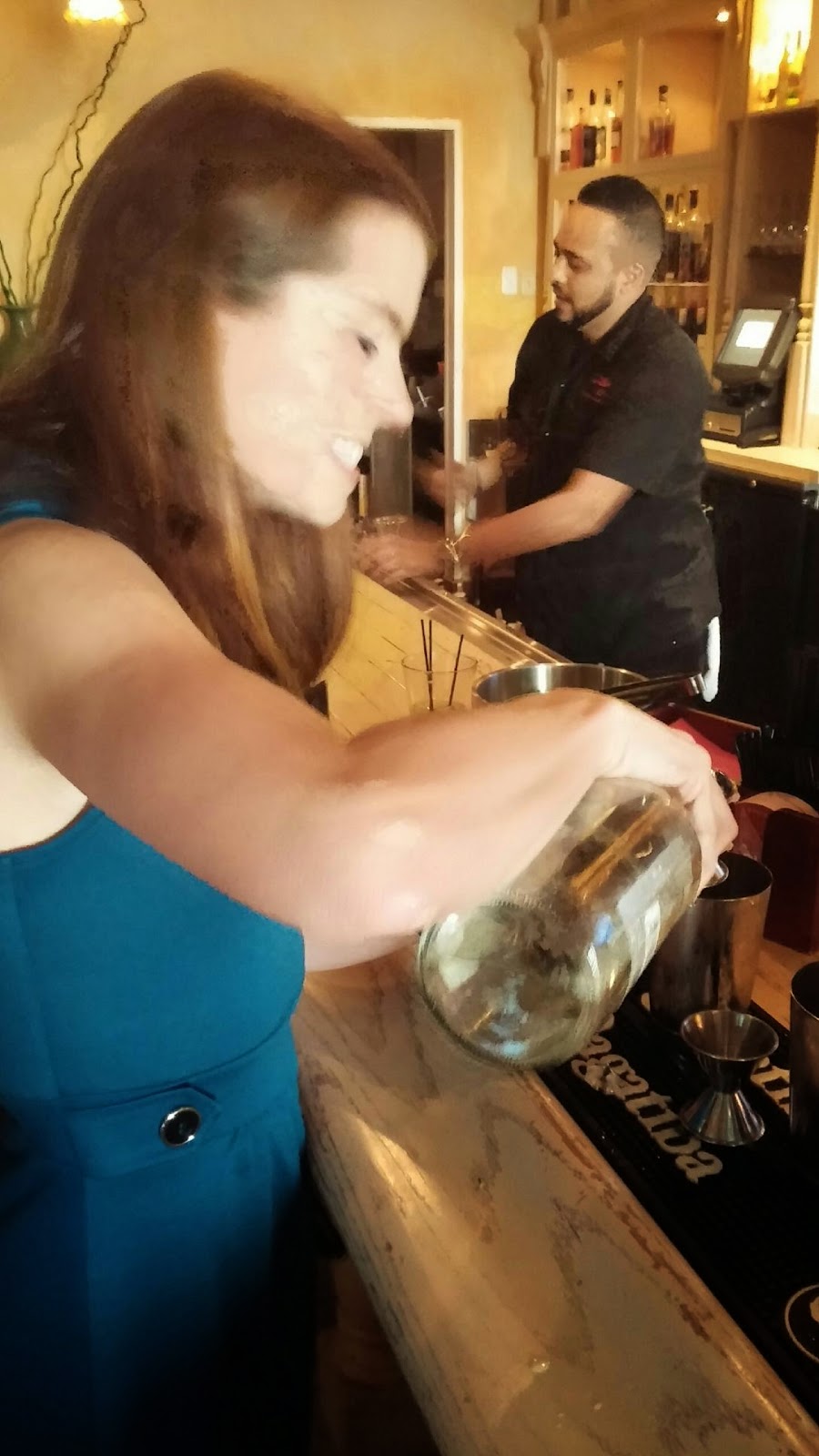 Then we added some ice and shook it up! 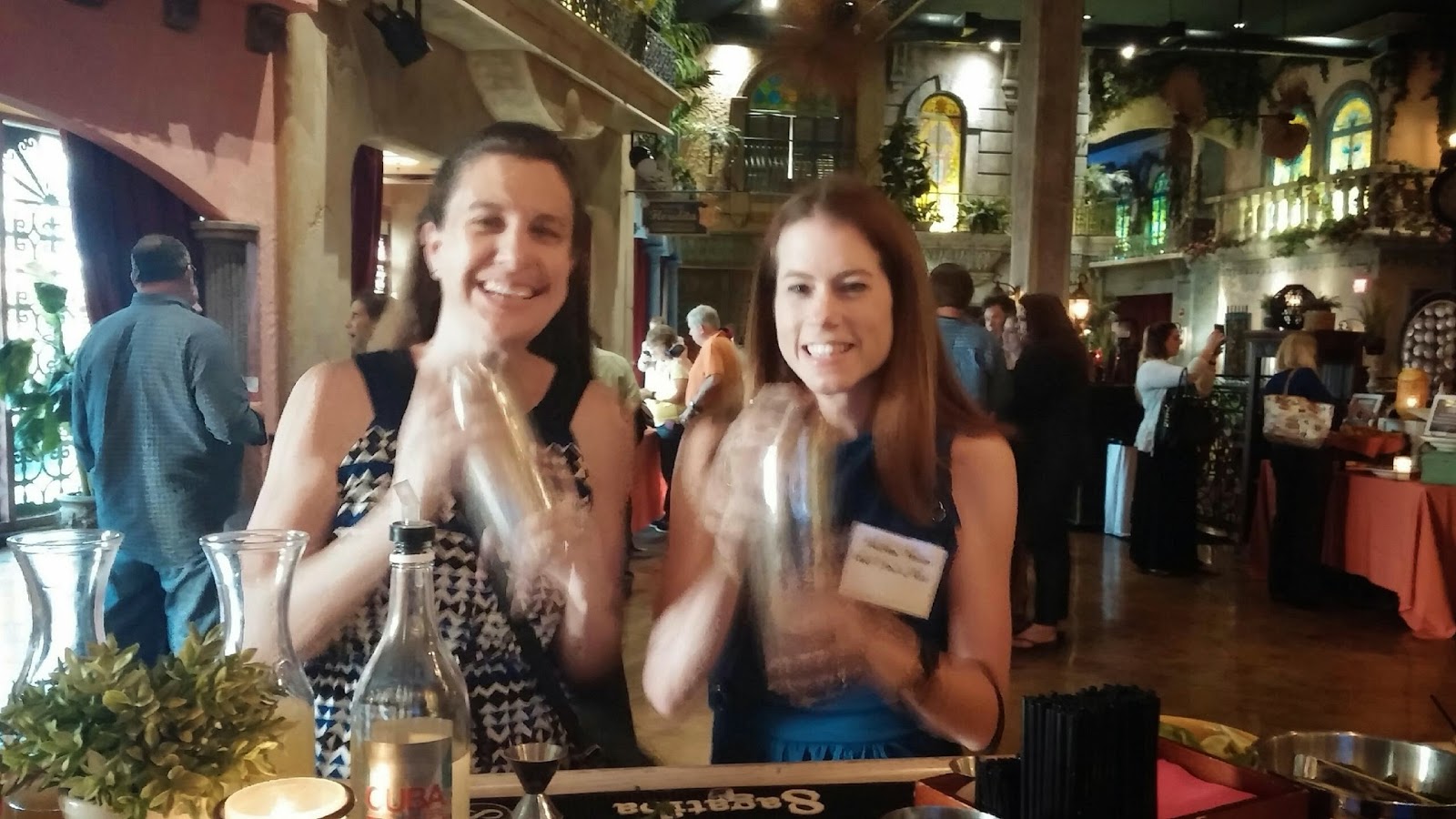 We topped it with a little soda water and lime! 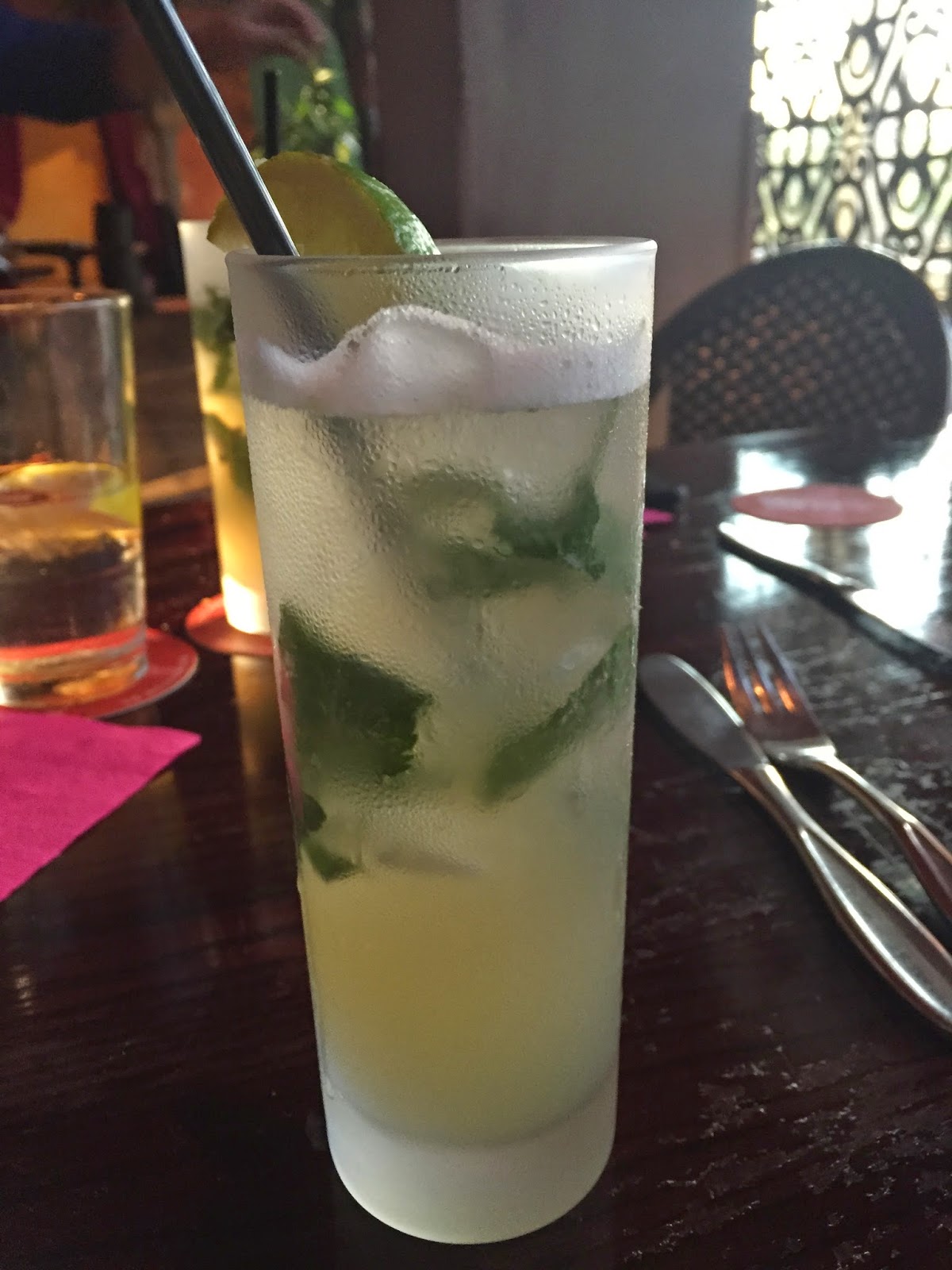 It was quite tasty! 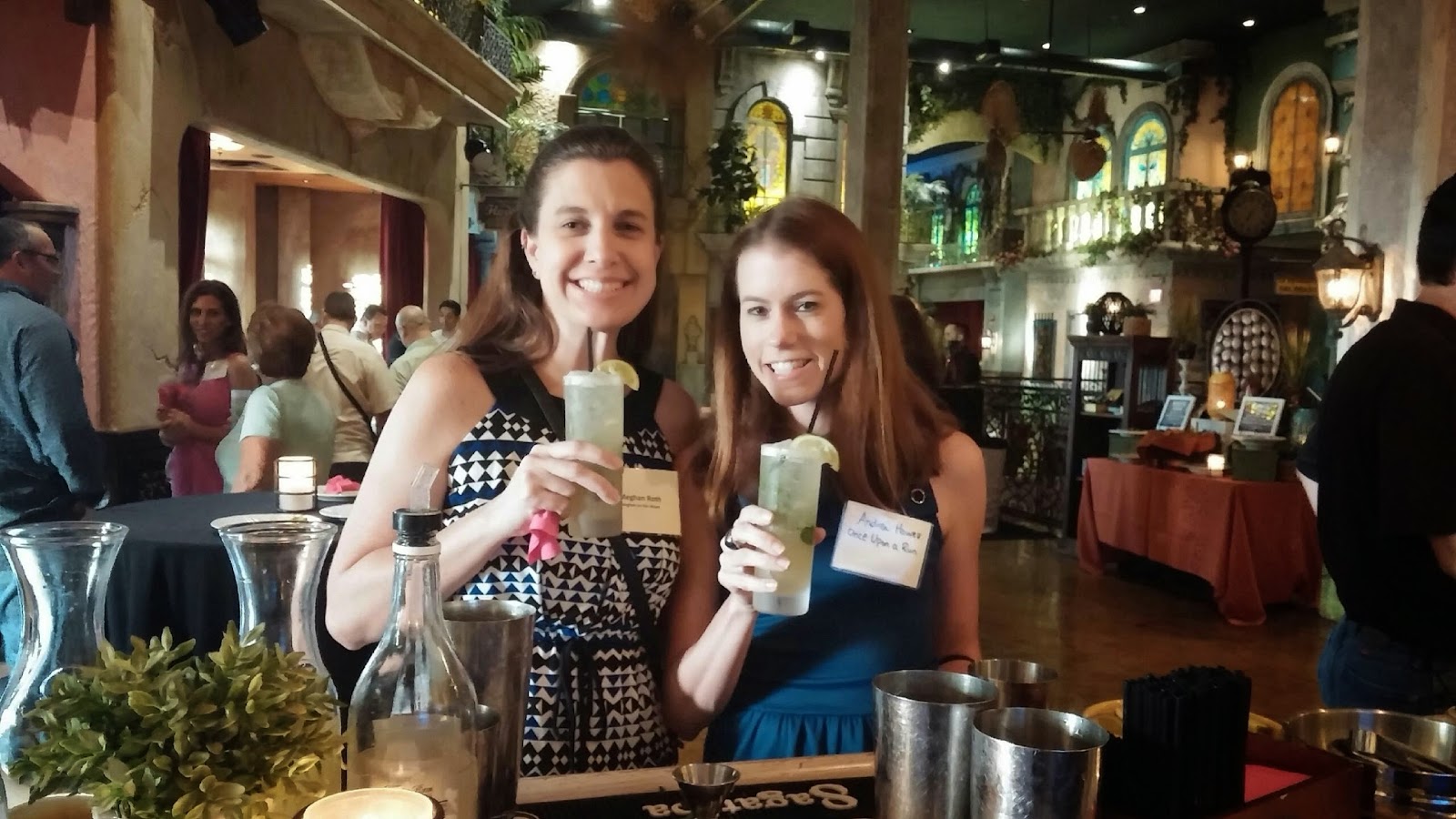 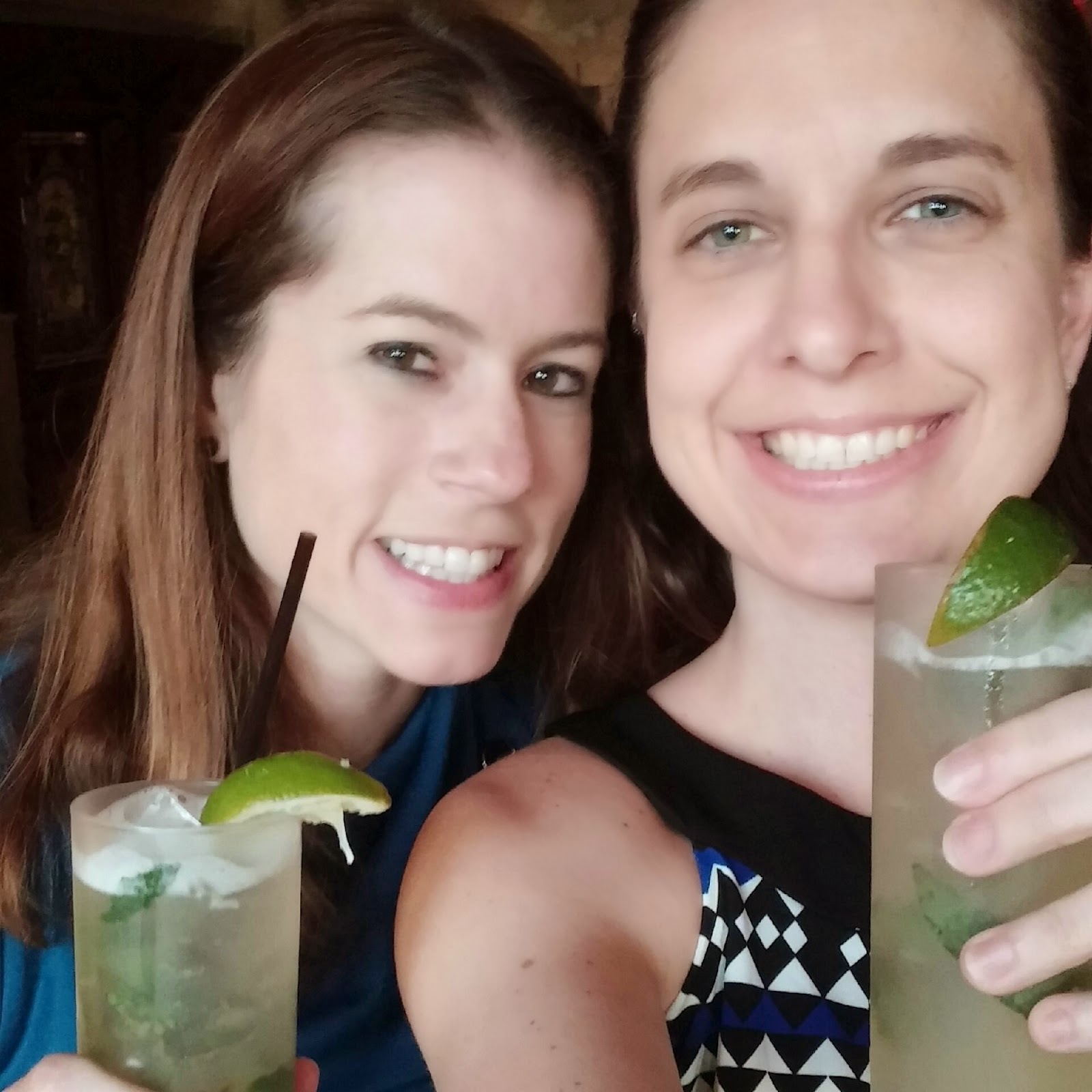 We headed over to get some snacks. 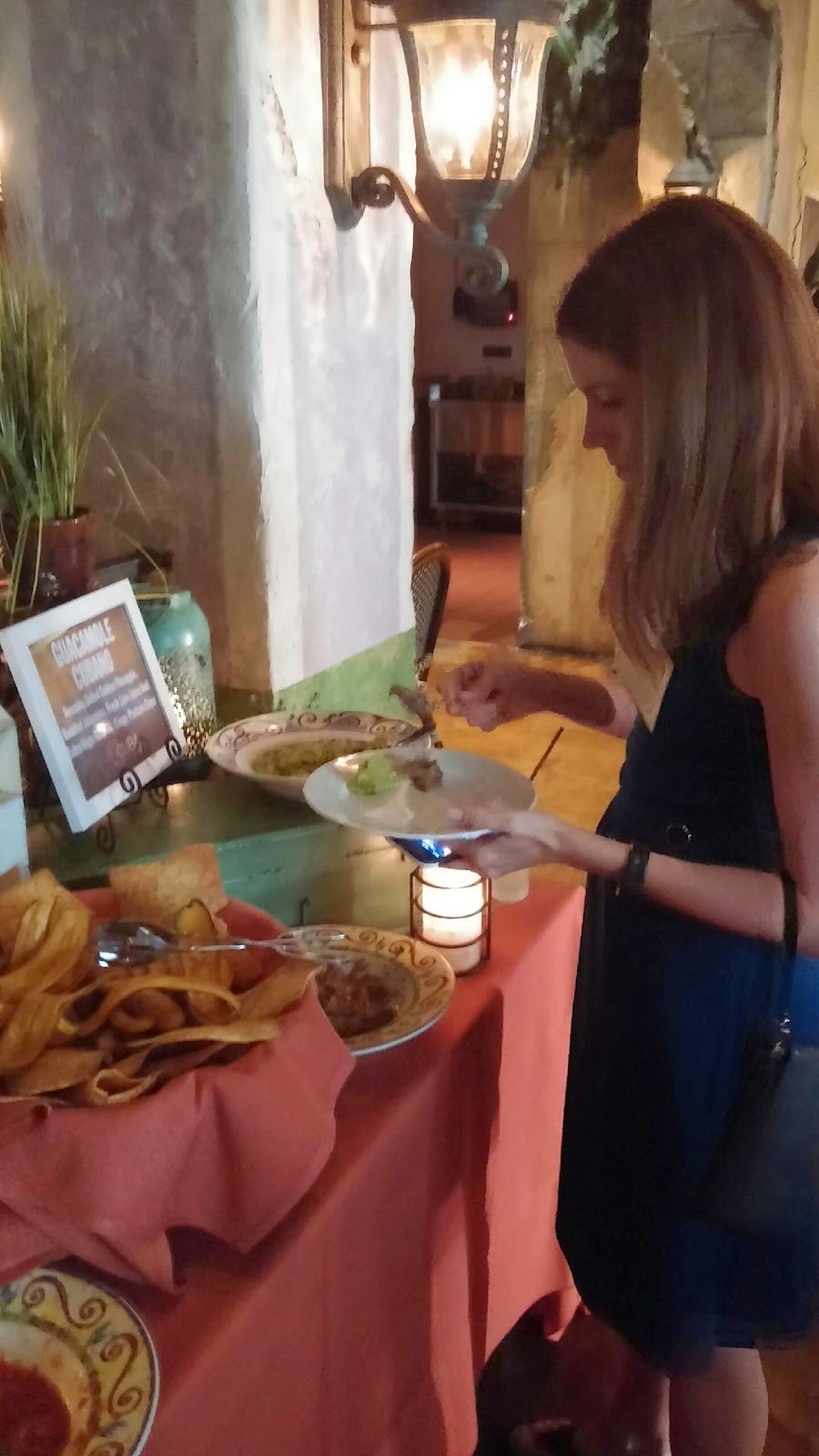 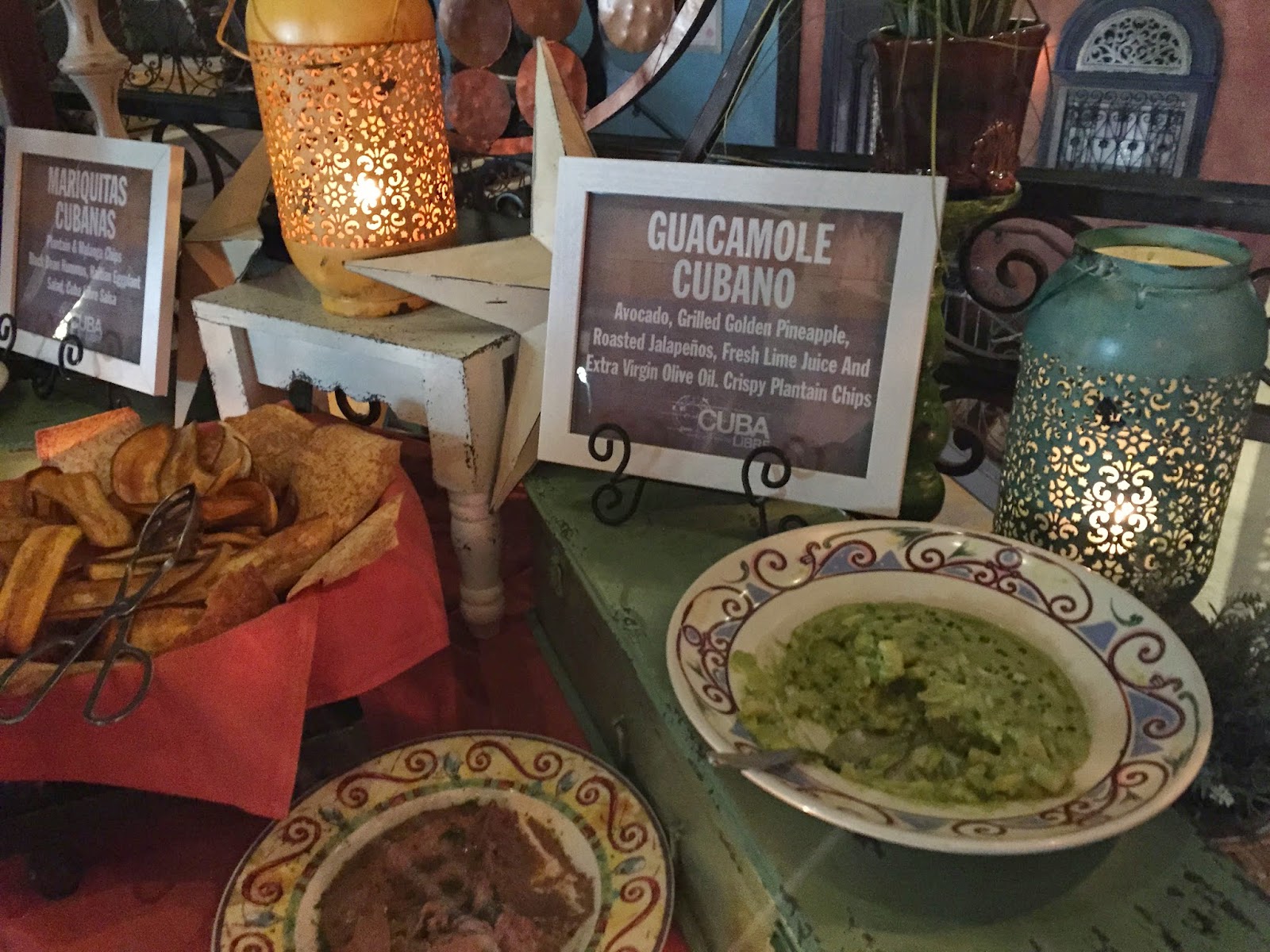 The Guacamole Cubano was soooo good!  I could really taste the pineapple in there which made it so flavorful. 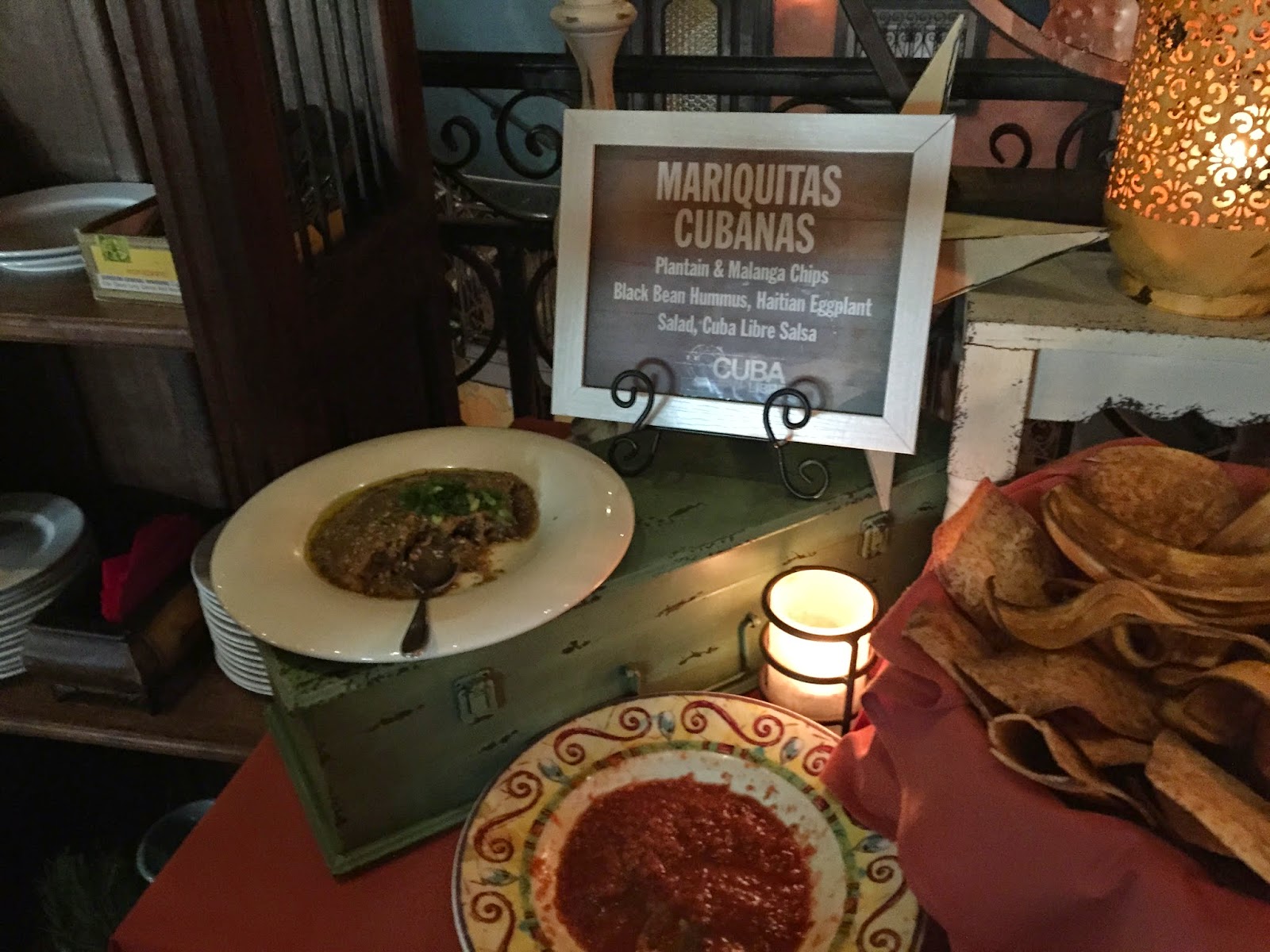 There was also Mariquitas Cubanas--other dips: Black Bean Hummus, Haitian Eggplant Salad, and Cuba Libre Salsa.  All of these were served with MASSIVE Plantain and Malanga Chips.

Our empanadas came out and it was sooo good! 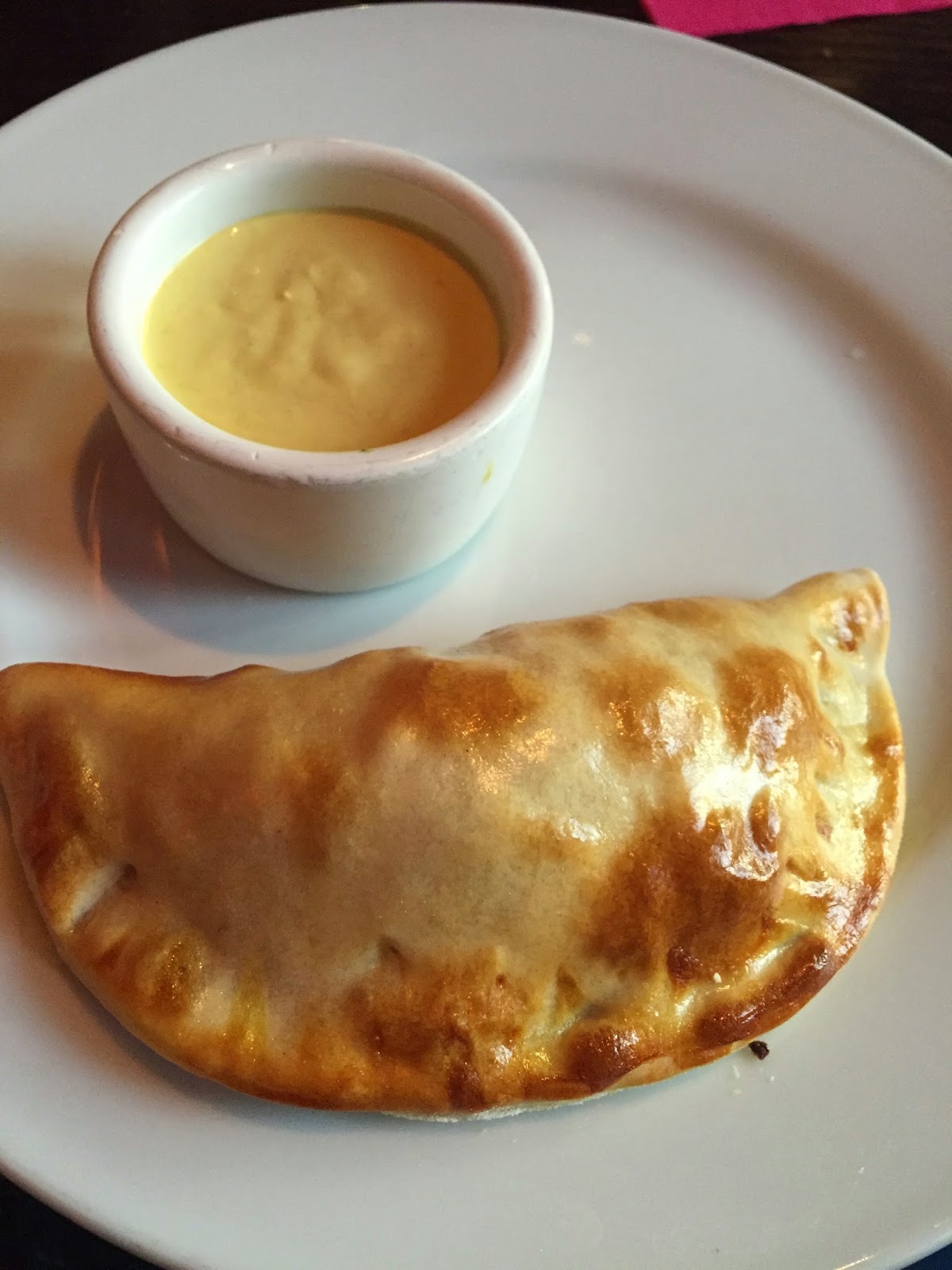 It was served with this dipping sauce that contained a really spicy pepper but was mixed with sour cream (and maybe something else?) so even this wimp could handle it.

Two other empanadas were brought around. 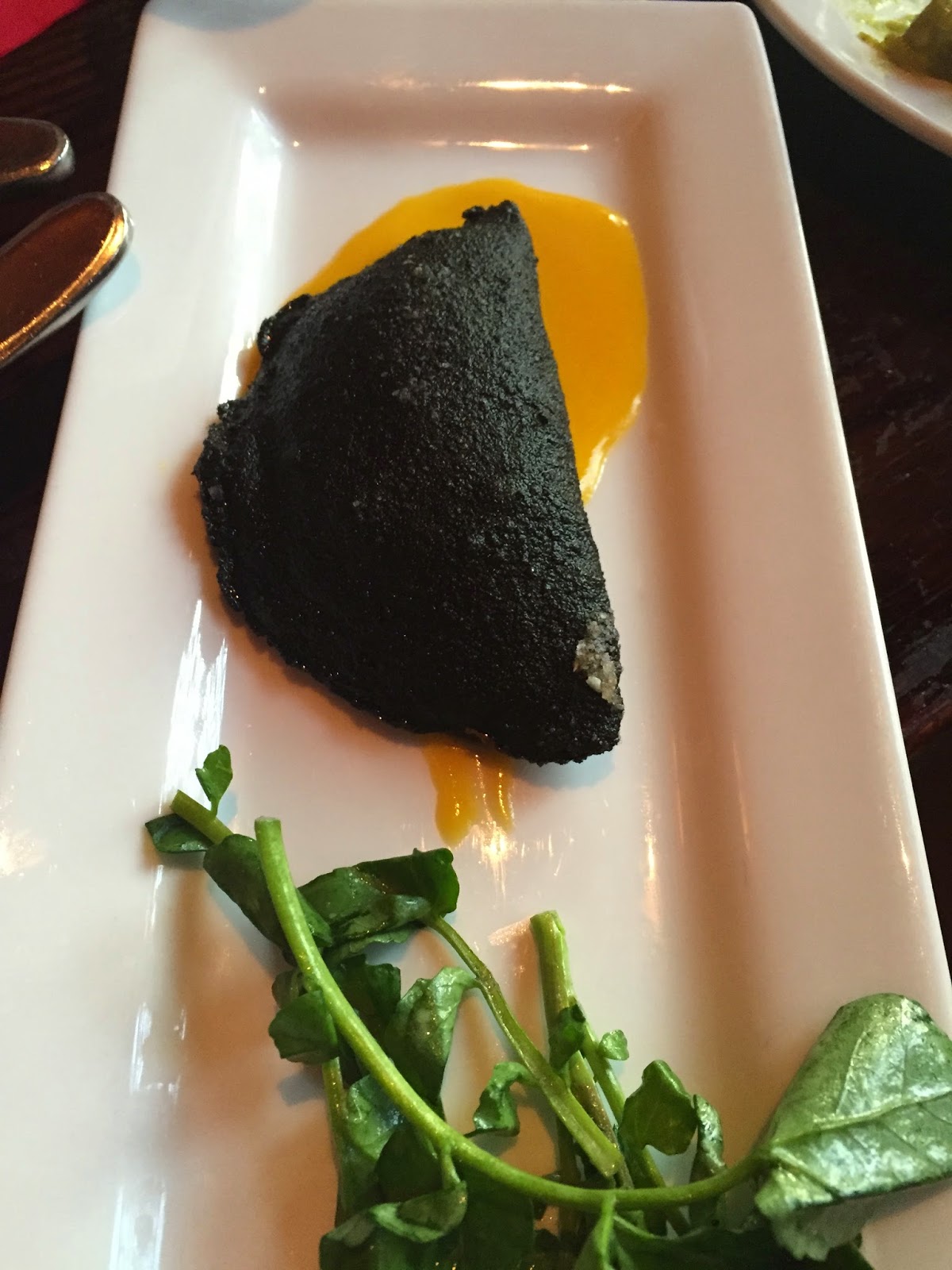 This was soo tasty!  And the Mango Mojo sauce would be delicious served on anything!

And then a dessert empanada 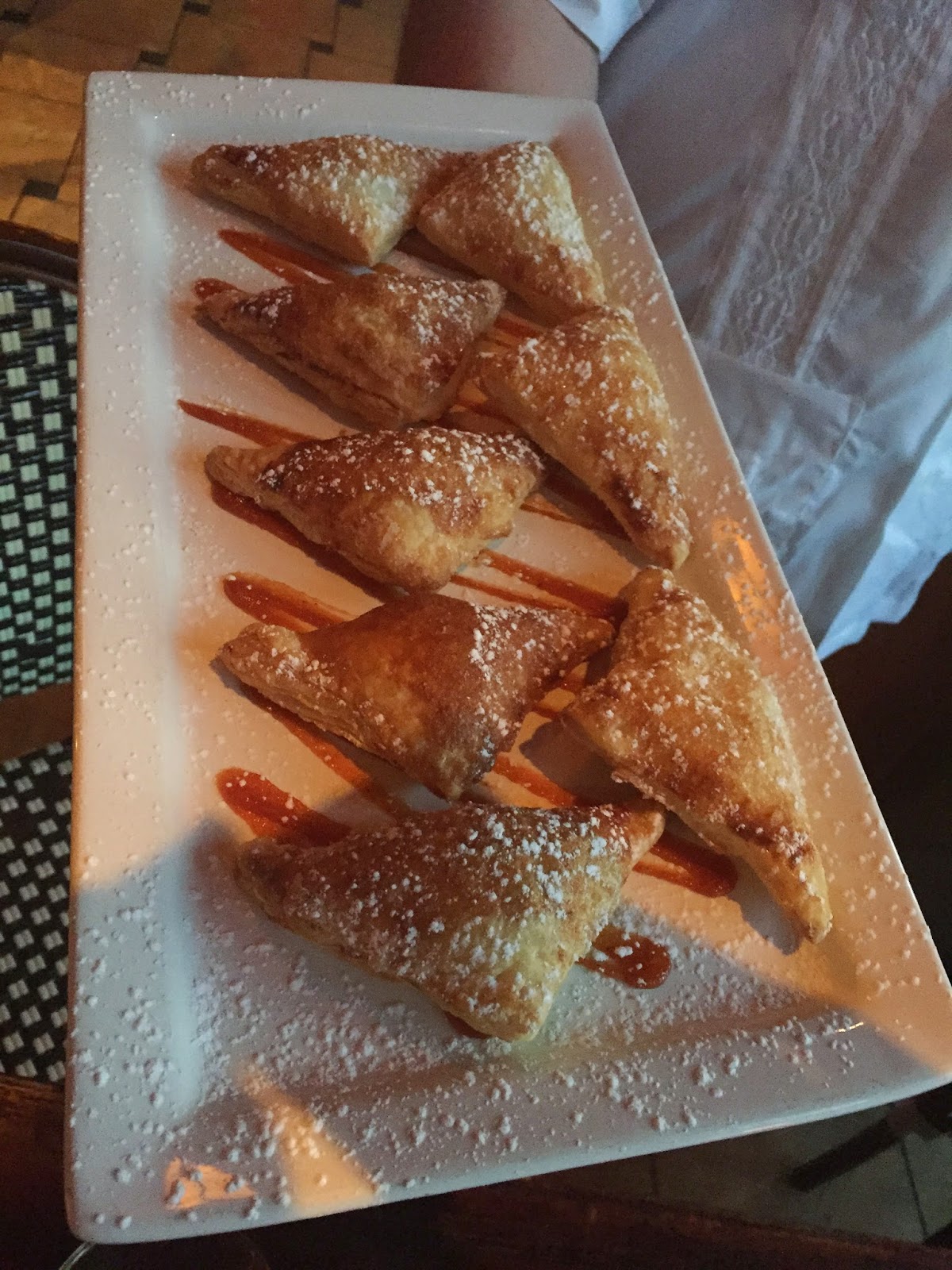 Guava and Cream Cheese stuffed!  It hit the spot!

We were also treated to a Rum Flight 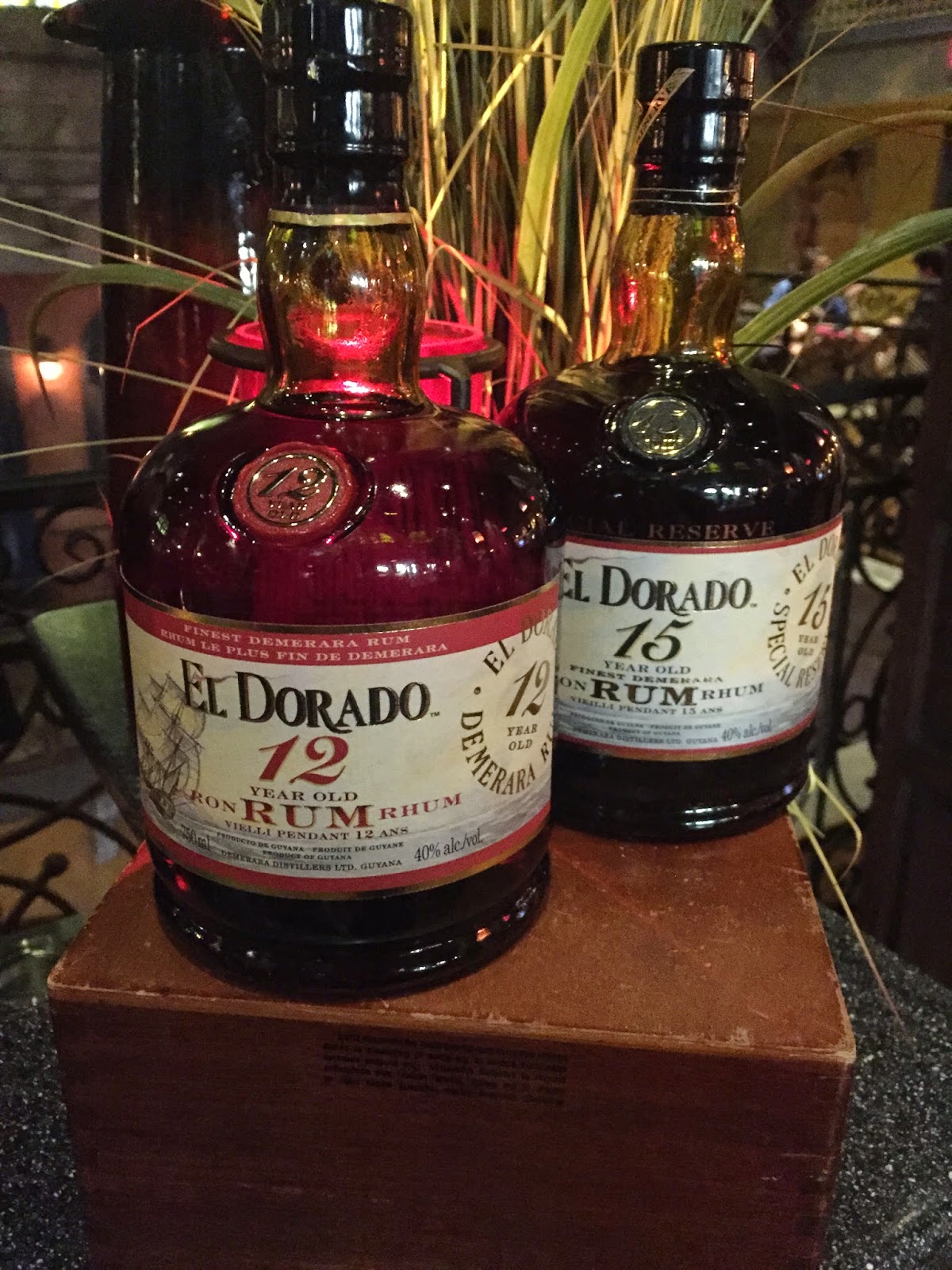 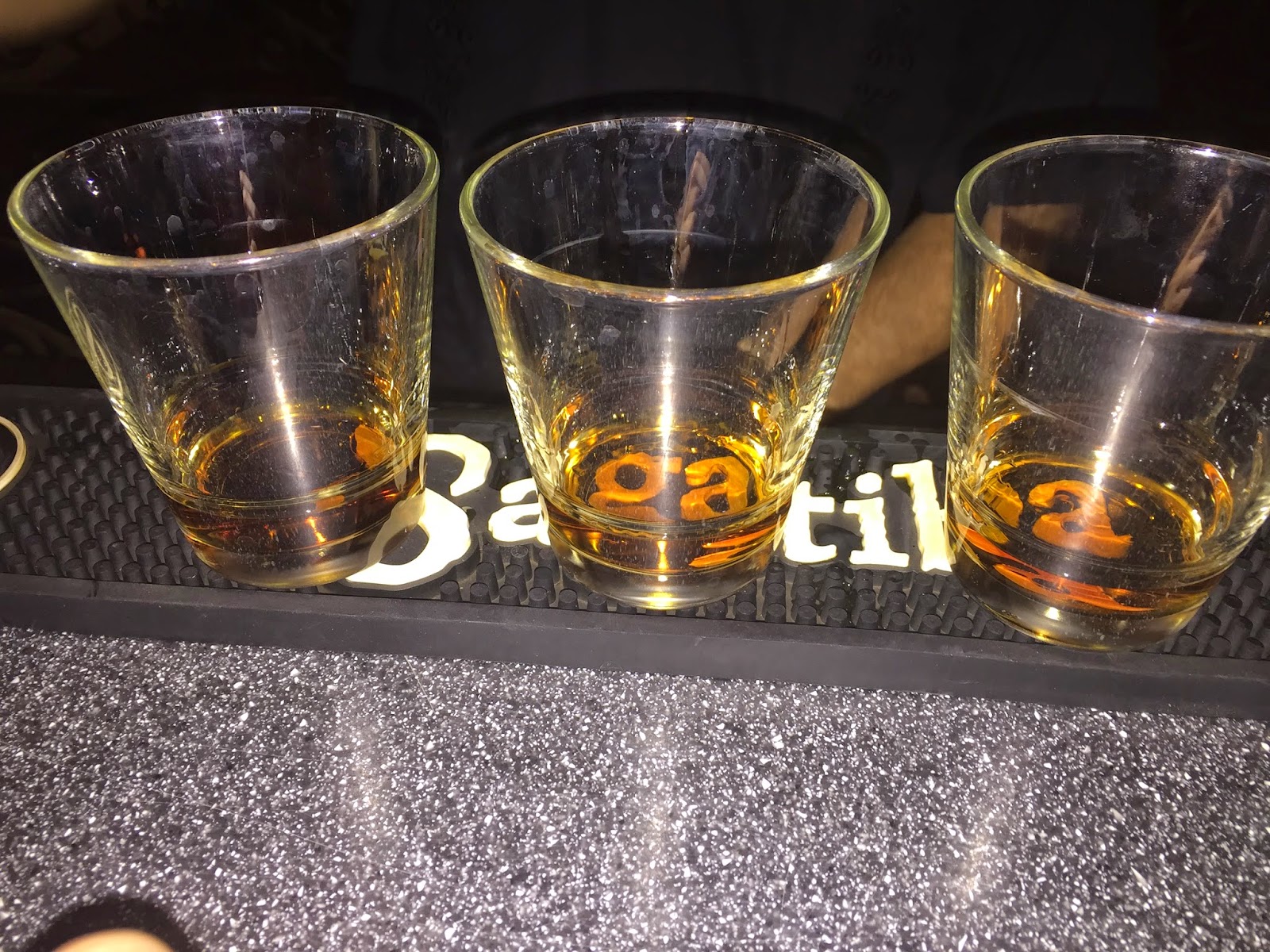 I'm not one for rum by itself so I passed on this one.  I did take a sip of the one Meghan thought I could handle best, the 15 year one, but it was still too much for me.

It was such a fun night!  Thank you Cuba Libre for this great event!

Fun fact: Throughout the month of April, Cuba Libre will celebrate National Empanada Day!  They will have the delicious Lobster Empanada for only $9!  On Wednesday, April 8th, they will have their Mama Amelia's Empanadas for $1 during happy hour from 5-7pm.  And on Thursday, April 23rd, they will host an Empanada making class!  Buy you tickets HERE!

Oh, and I have an empanada recipe to share with you!  Enjoy!

Directions:
Partially freeze the chicken.  Dice partially frozen chicken very finely, or grind to medium if possible.  You can also purchase ground chicken.  Strip corn kernels from ear of corn.  In a sauté pan, heat oil and sauté onions until softened, but do not pick up any color.  Add the ground chicken, oregano and crushed red pepper.  Cook chicken about half way and then add corn and salt.  Finish cooking, adjust seasoning and cool the mixture.  Once cool, add cheese before assembling empanadas.

Make an egg wash from the eggs and water; whisk well to combine.  Fill each empanada disc with 1.75 oz of filling.  Brush the edges of the disc with egg wash and close.  Press and crimp edge to seal.  Prepare a cookie sheet or baking dish by lining with parchment paper and spraying with nonstick spray.  Place empanadas on the sheet and bake at 400°F for 8 minutes.  After 8 minutes, remove from the oven and brush tops with a tin layer of egg wash.  Return to the oven and bake until golden brown, approximately 3-5 minutes.
Posted by Andrea at 10:09 PM