I was so excited to run the Give Kids the World Gingerbread Run 5k back in November!

I've been wanting to volunteer at the village and so was interested in getting a look around.

I met up with Kelly, Kacie, and some of their friends as well as Meghan. 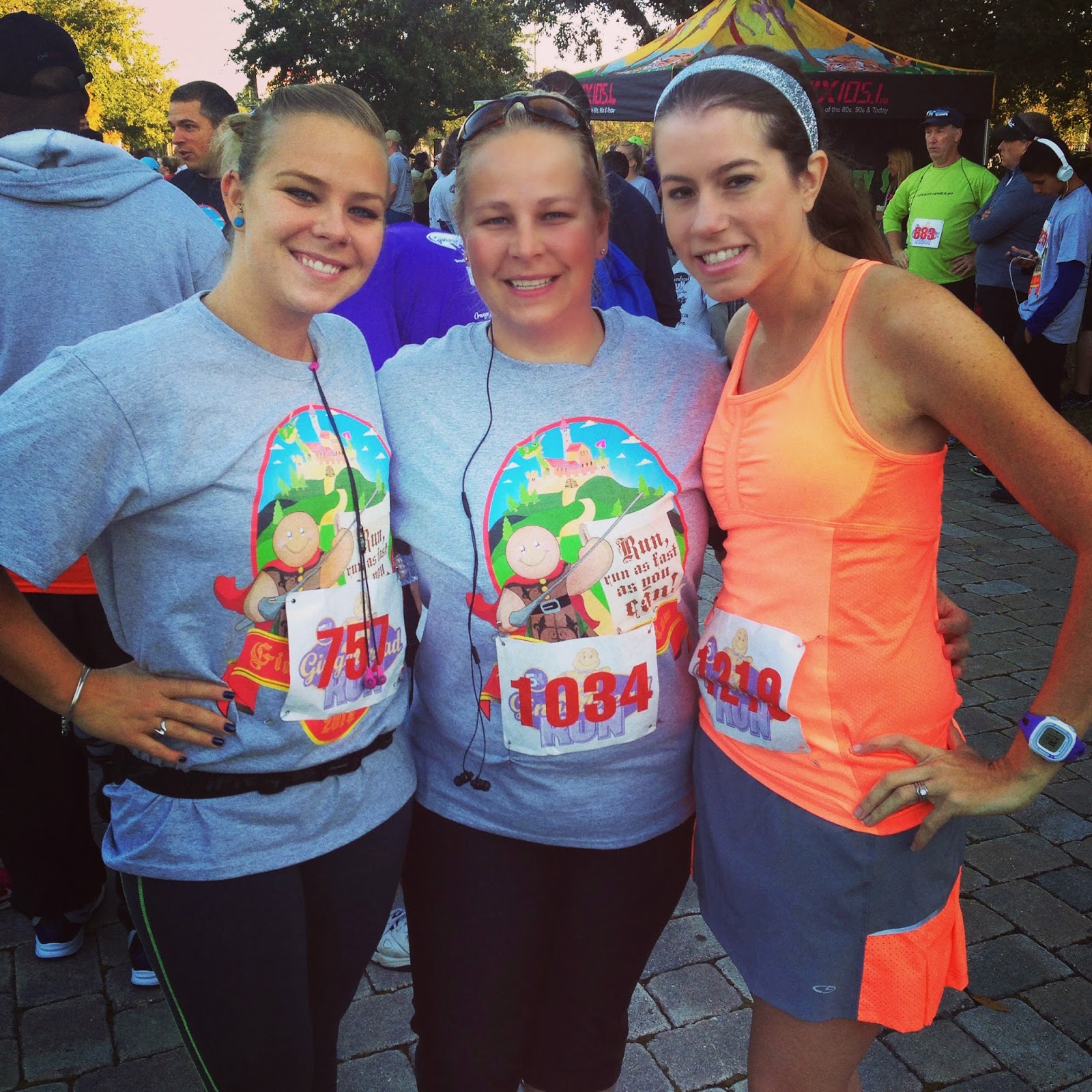 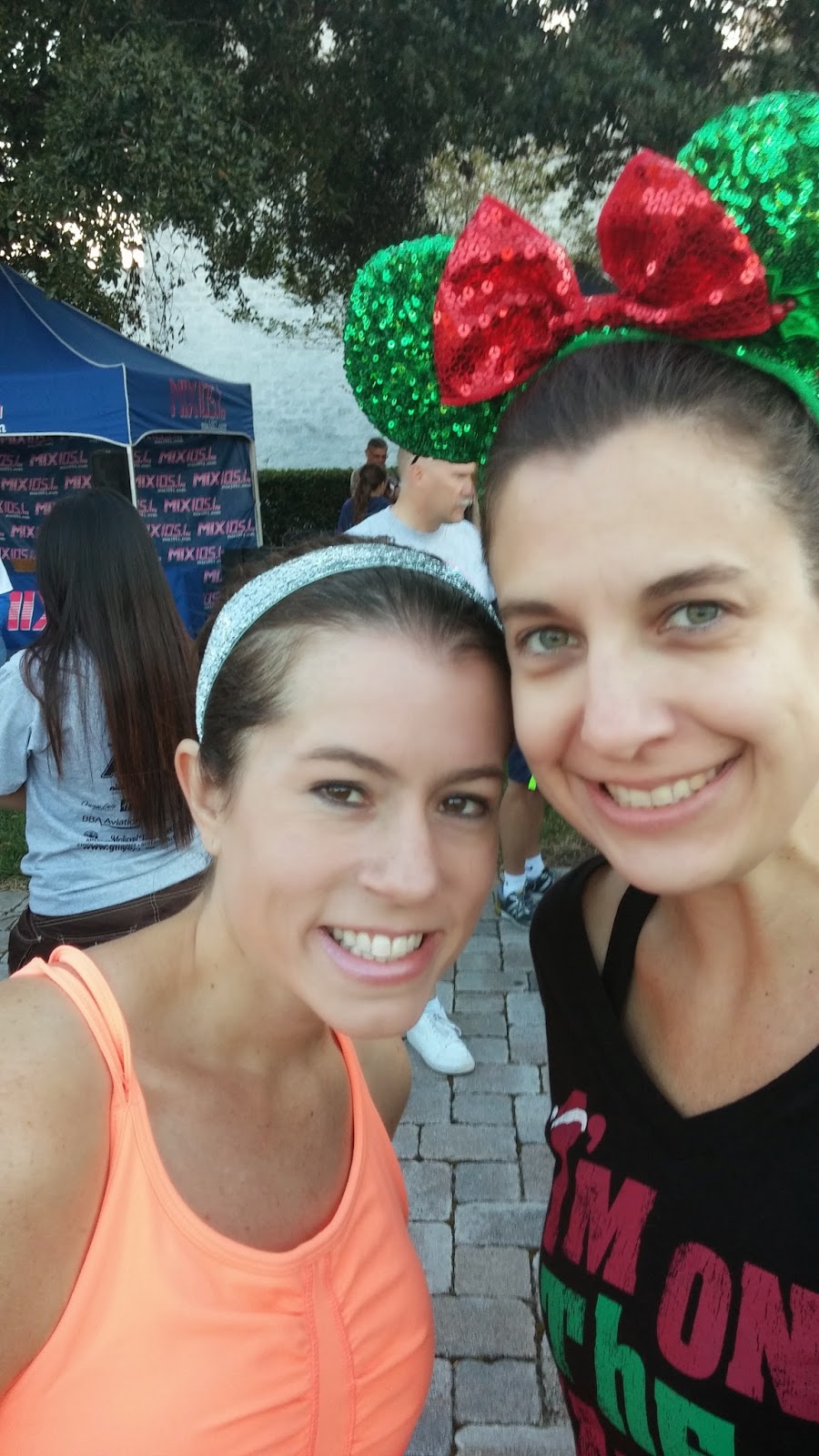 I wasn't quite sure what my plan was for the day.  I had the Wine & Dine Half that night so I decided to just run how I felt. 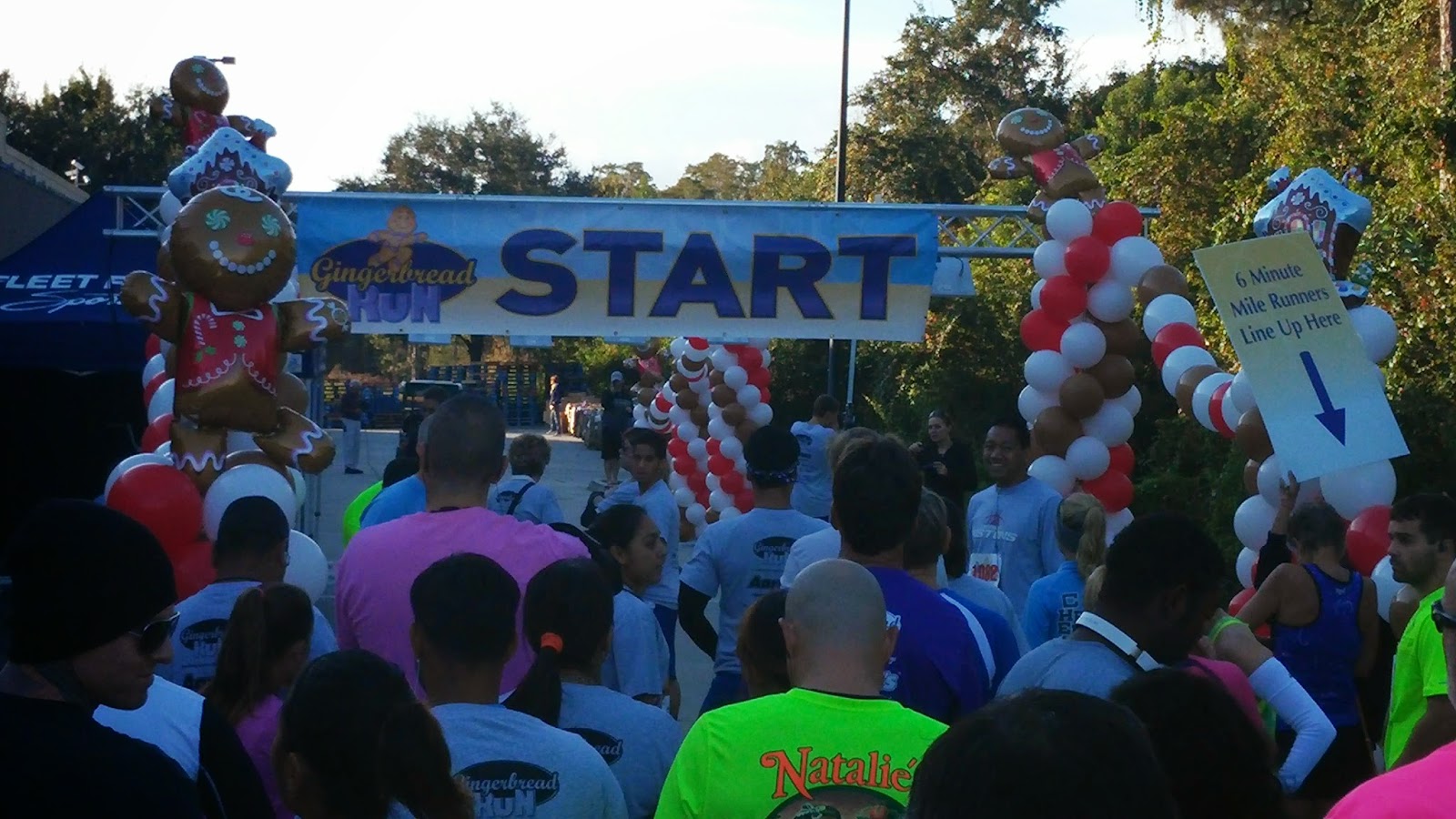 As soon as I started, I knew I felt good so I took off!

The run was absolutely amazing and inspiring.  The village was not at all what I was expecting.  It's like a themed neighborhood with all of these fun things to do where children can escape from their illness for a while.

All along the route, there were signs telling stories about the kids that were there.  There were also lots of characters out and about and families cheering the runners on. 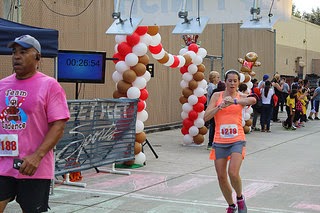 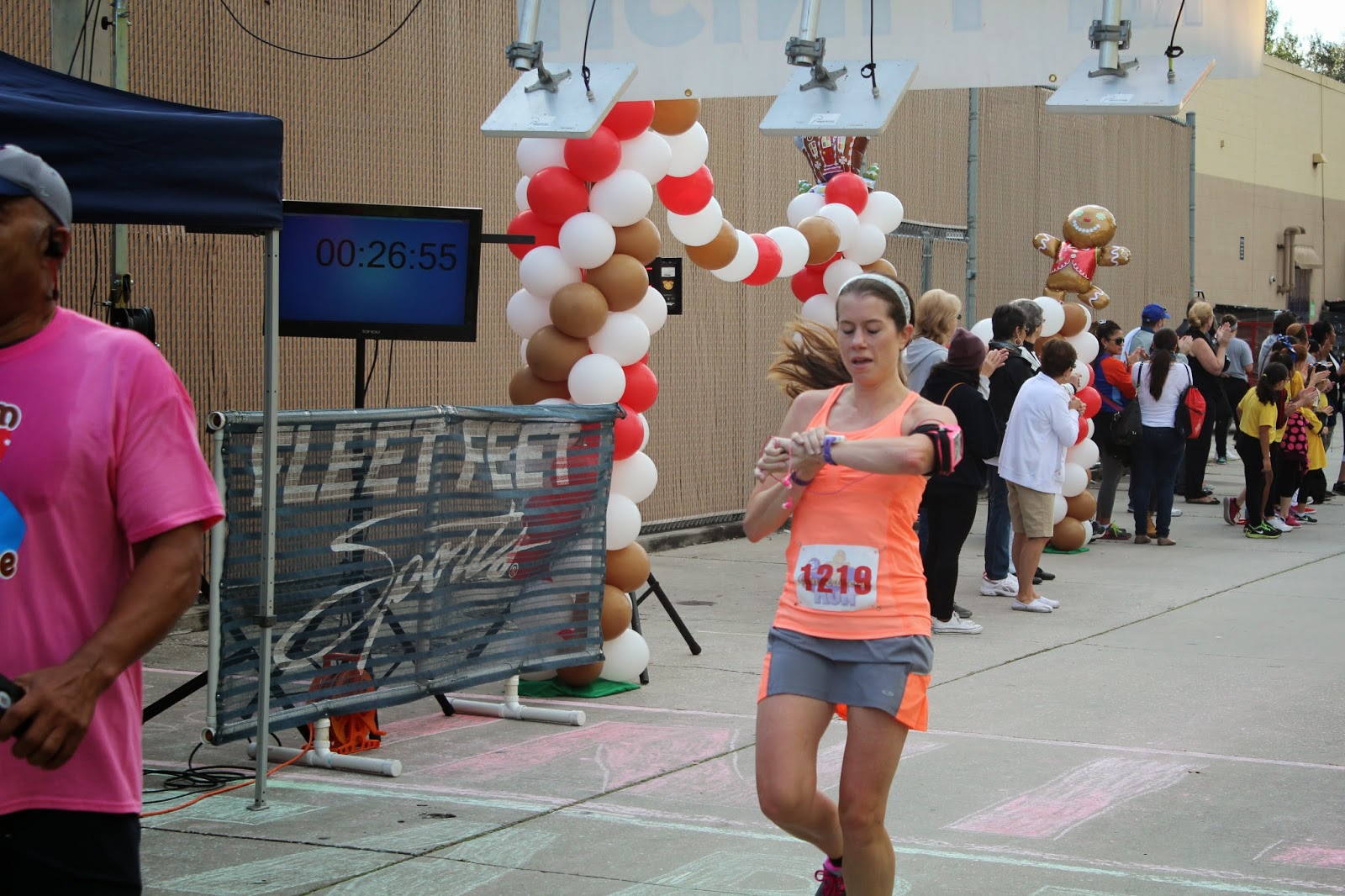 (Oh look, a picture of me stopping my watch--shocker!)

We walked around after the race was over.  There was some yummy treats and characters to see. 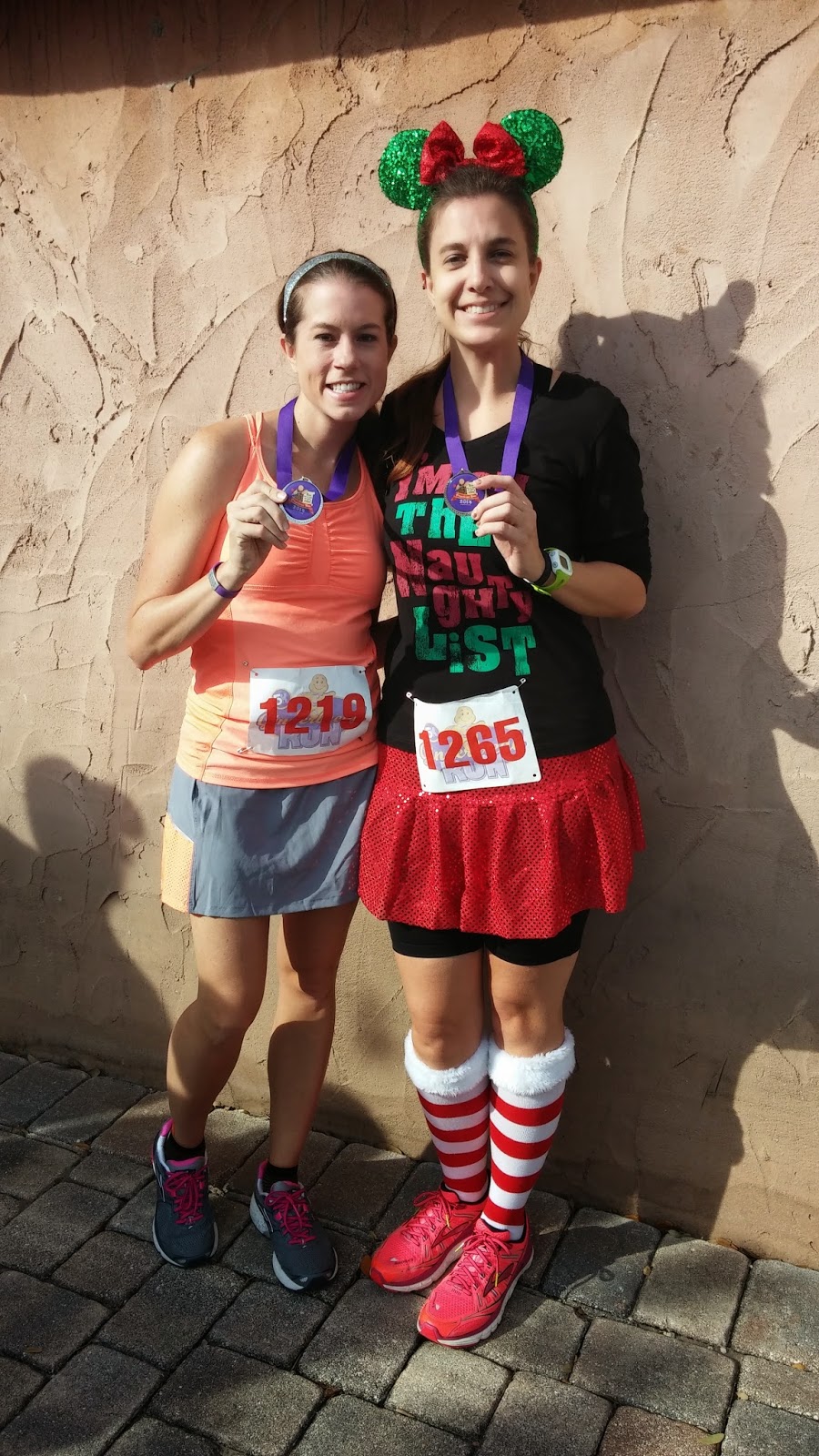 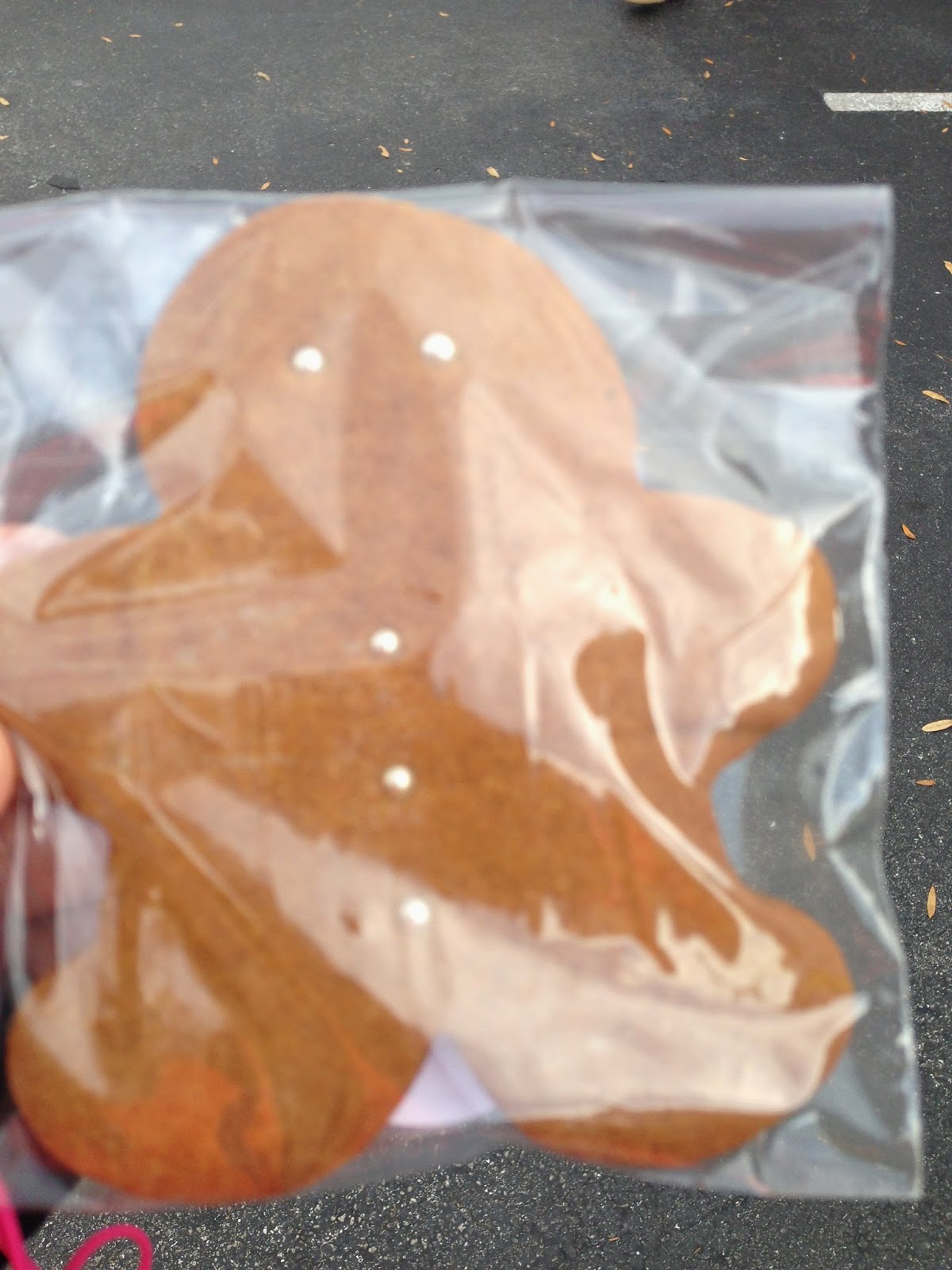 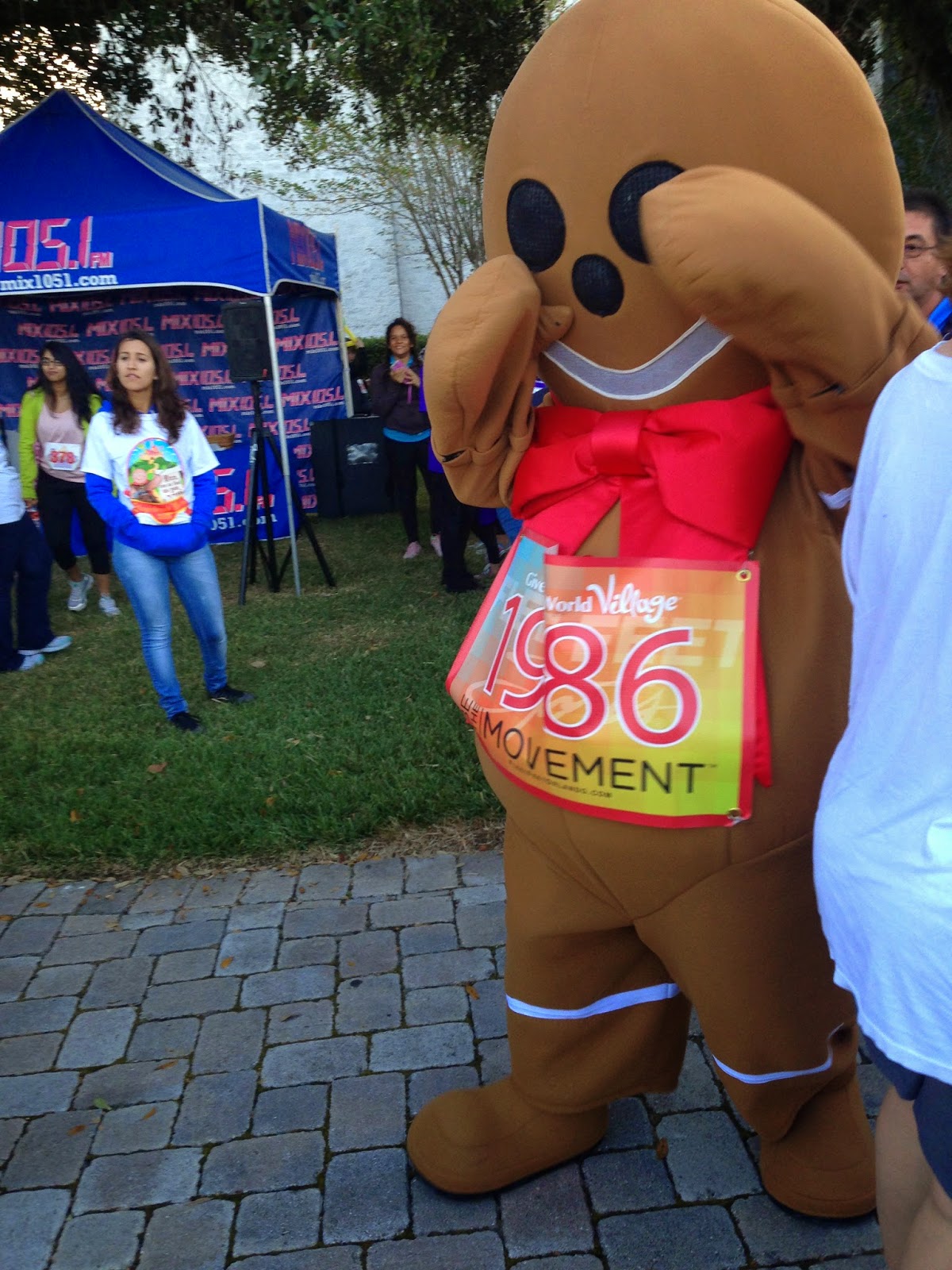 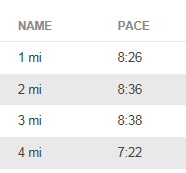 I absolutely loved this race.  It was small enough to where I felt competitive but large enough that I felt like it was a fun race.  And not only that, the race was for an important, inspiring charity.  I definitely think this is going to become an annual race for me!
Posted by Andrea at 10:53 PM