This year, for the first time (well, that I know of), Disney had a Disney Cast & Family 5k Fun Run.  Luckily I signed up pretty early because it sold out.  I was really excited to run it but had no idea what to expect.

I have to wear a new outfit for every race and I had the perfect shirt for this one.  I had won a shirt from Disney in Your Day and it was perfect!! 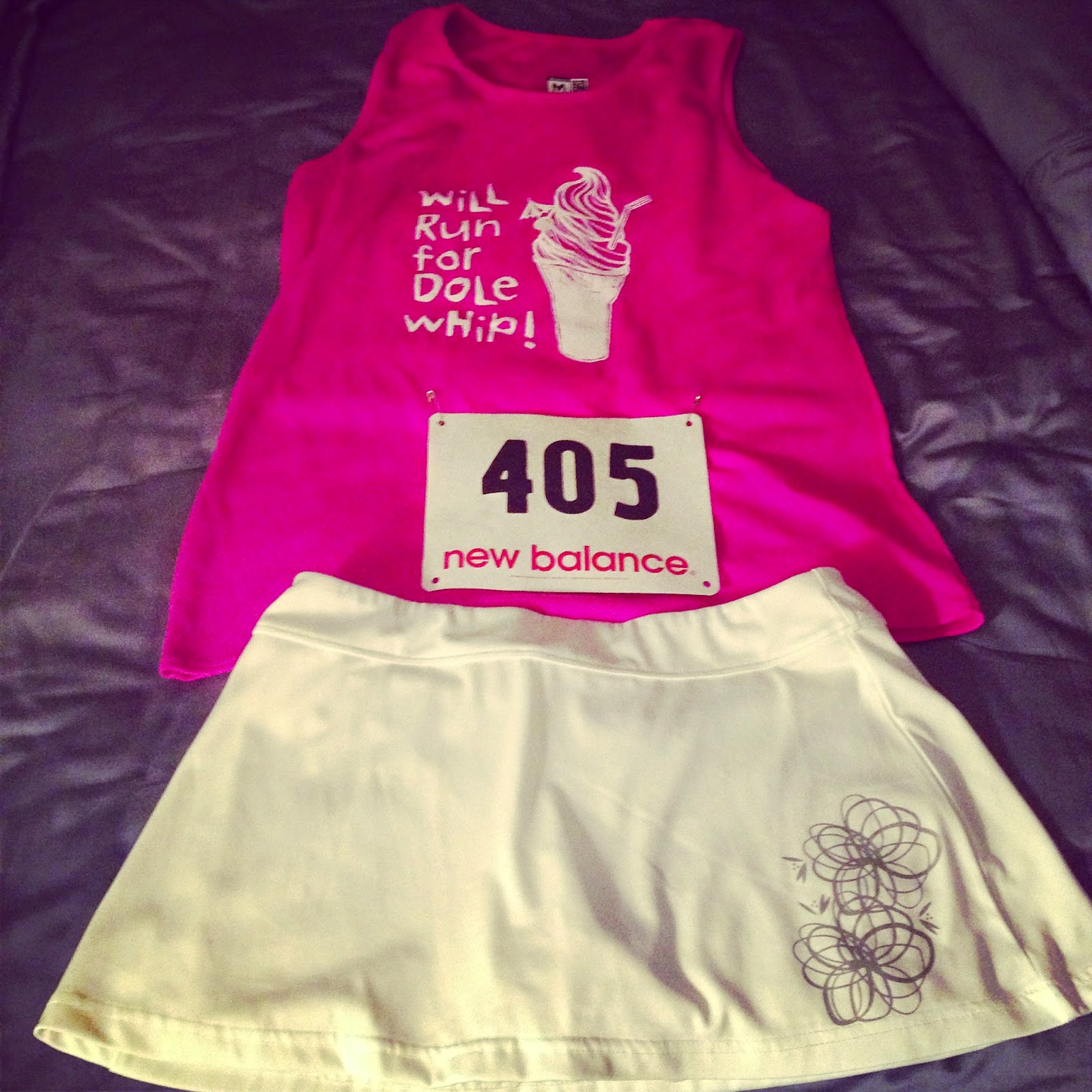 I met up with my friend Nicola and her hubby.  We chatted for a bit before the race began. 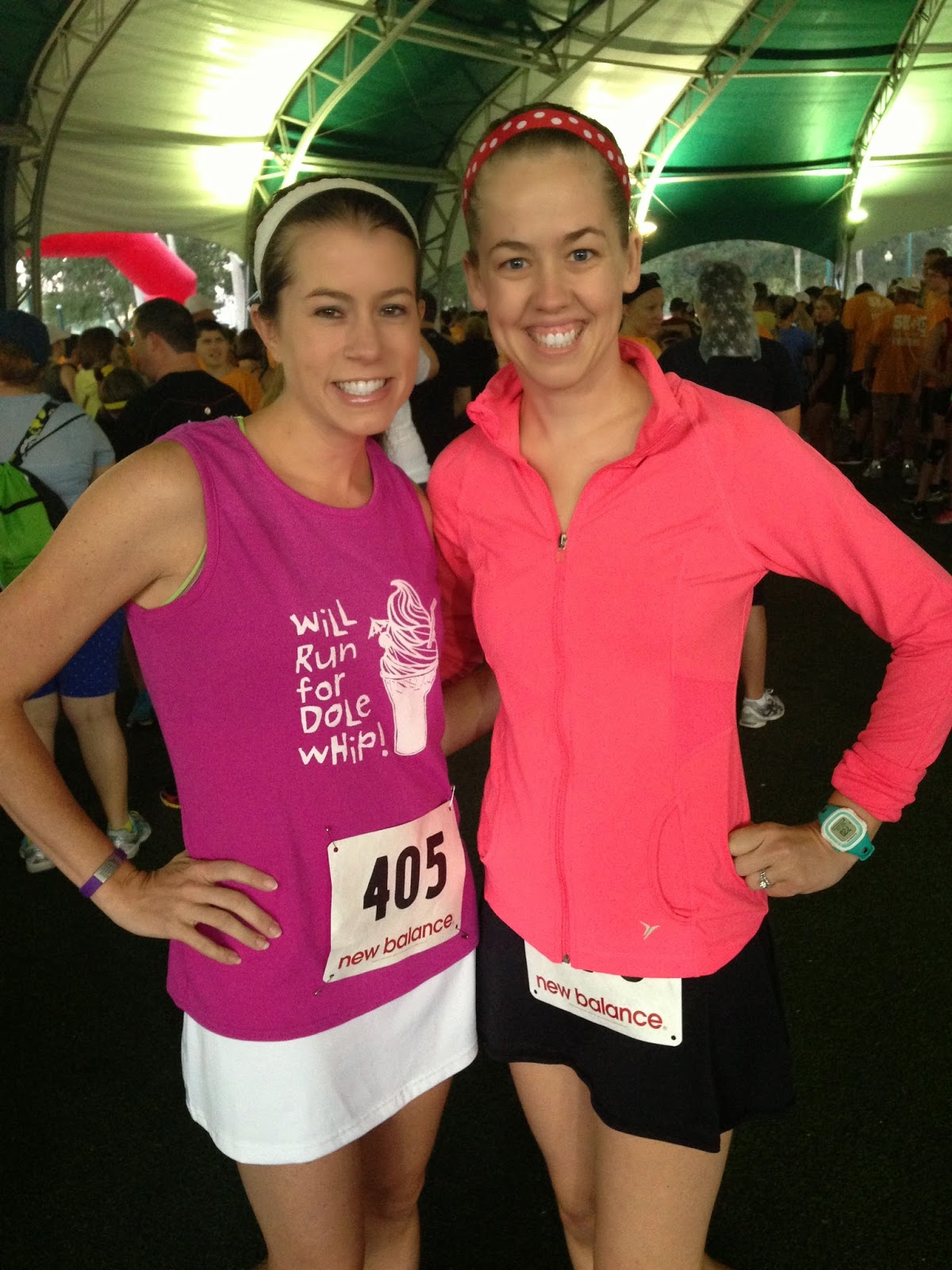 Soon everyone gathered to start.  The emcee announced that the faster people should be in the front but there were definitely a lot of people who were not used to races.  I started in the middle and had to weave around lots of people running, right from the start.  But I knew it was a fun run so it didn't bother me.

The absolute best thing about this race??  That there were character stops with no lines!!  And the pictures were free!  Call me silly but I was so excited by this!  First race I've ever stopped at every character stop!! 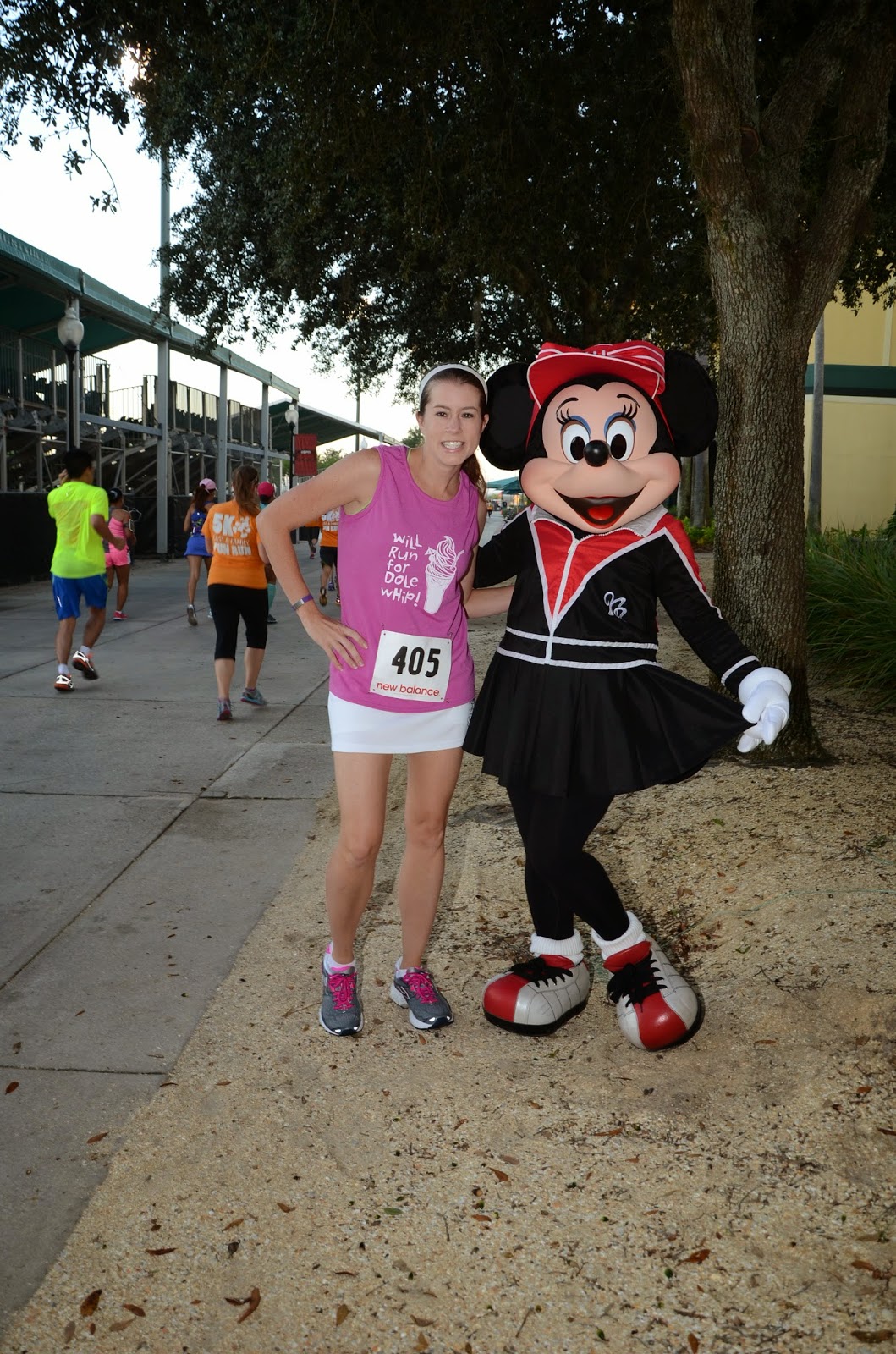 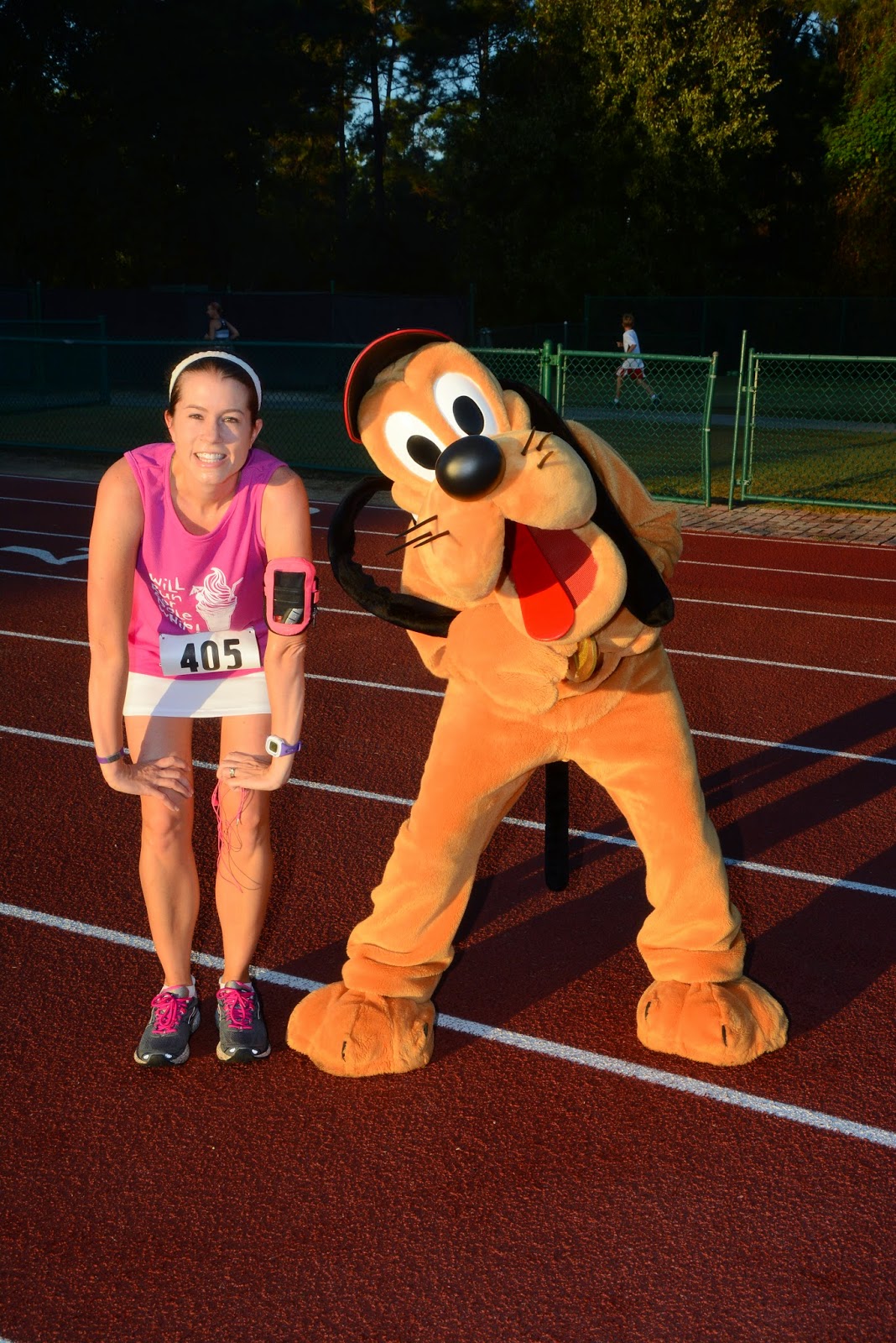 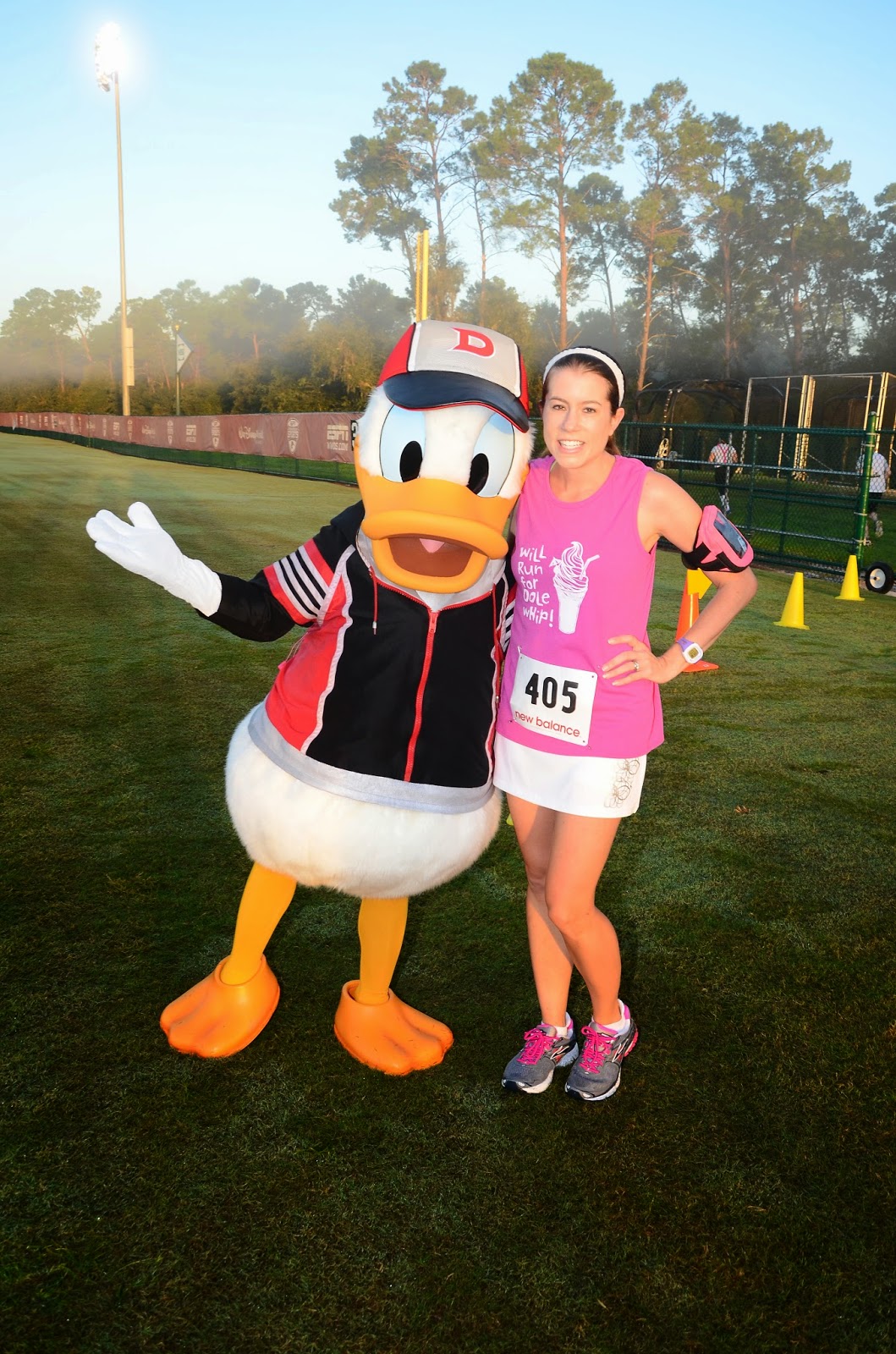 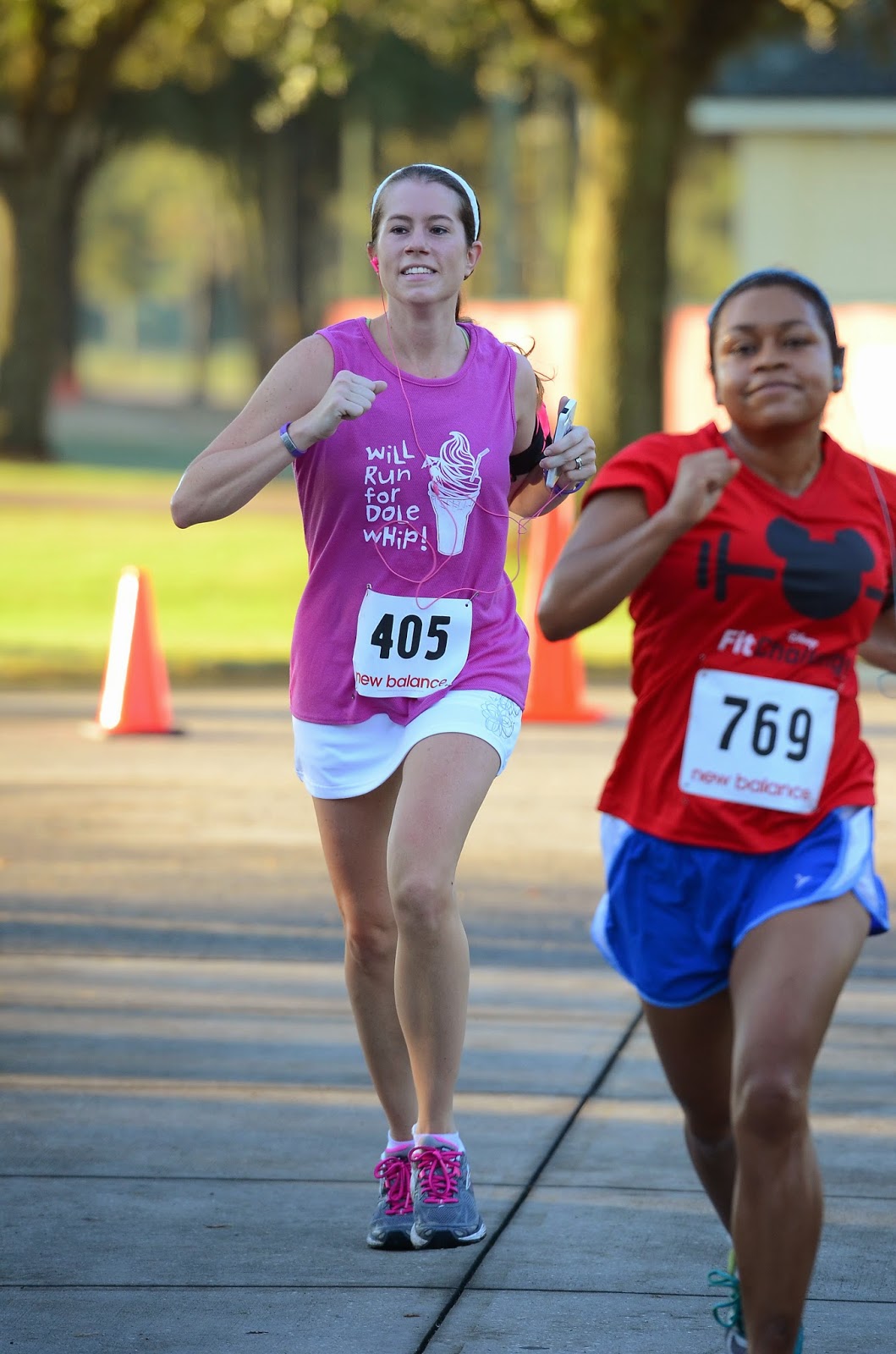 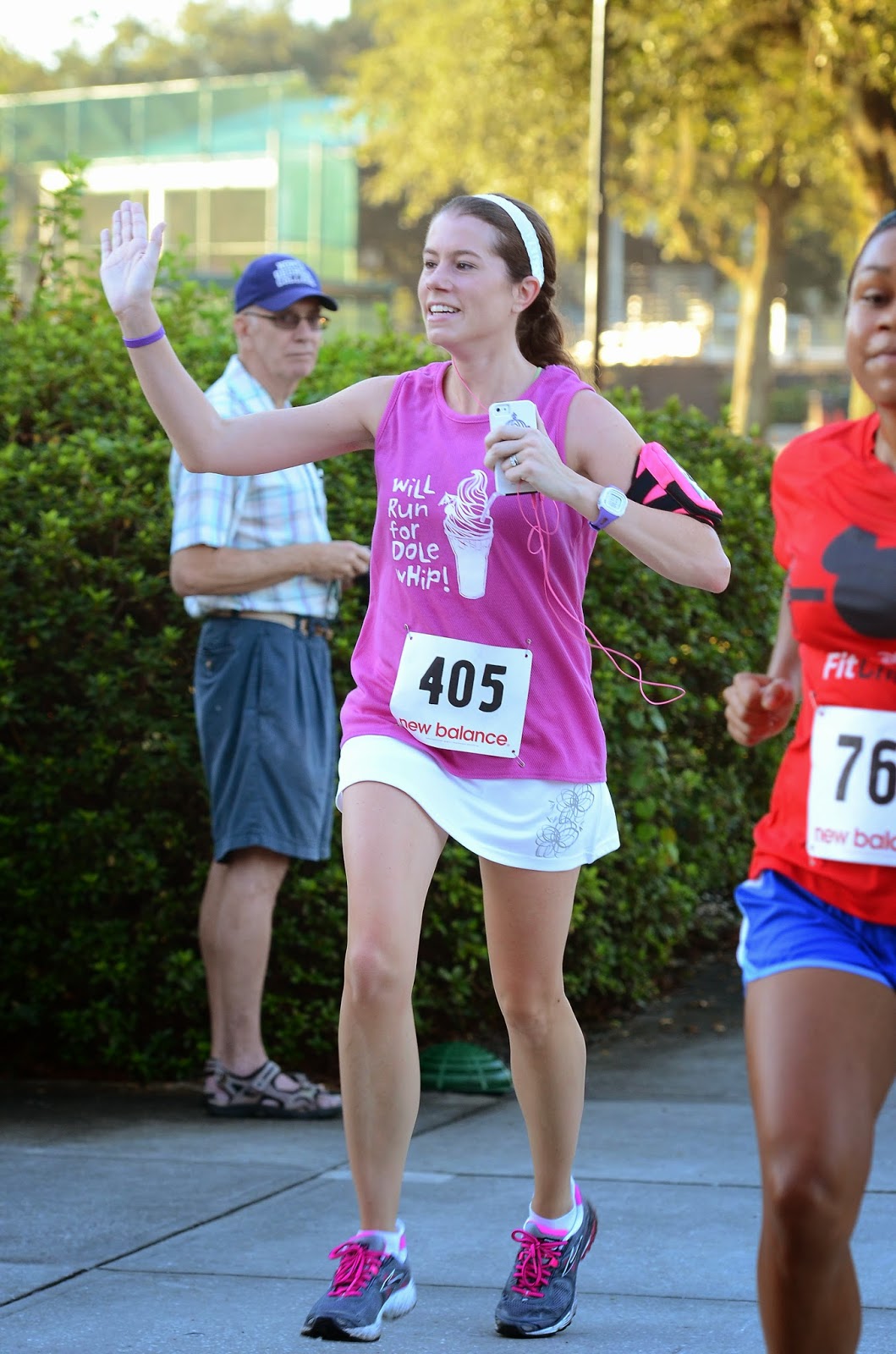 Here I was waving to the person who shouted out that she loved my shirt and wanted it! 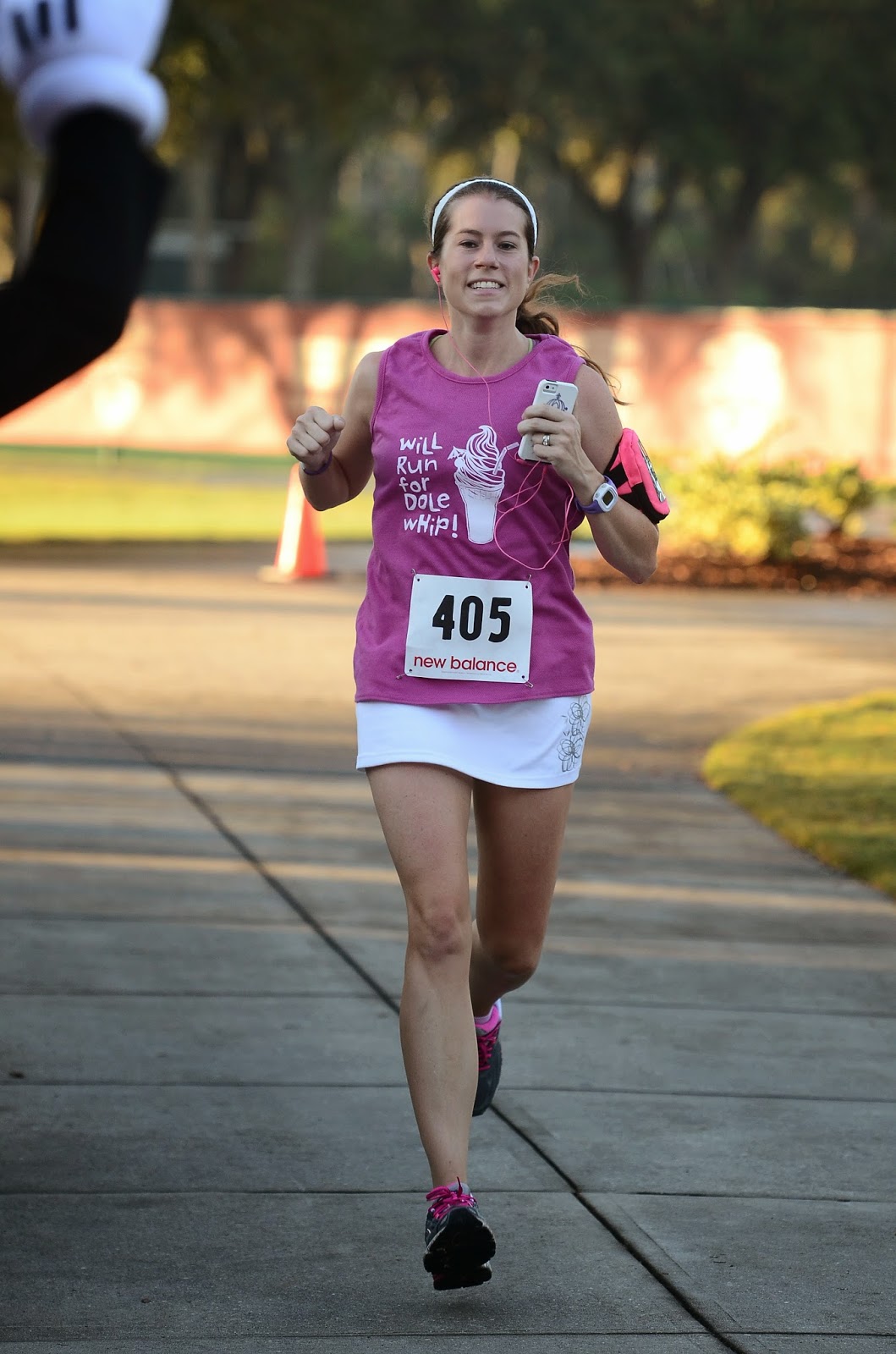 I love that you can see Mickey's hand in this one!

There were also "fit stops" with little activities like kicking a soccer ball into the goal but I skipped all of them.  I just wanted the characters!

They would only let the winners take a picture with the Boss but I snapped a quick one. 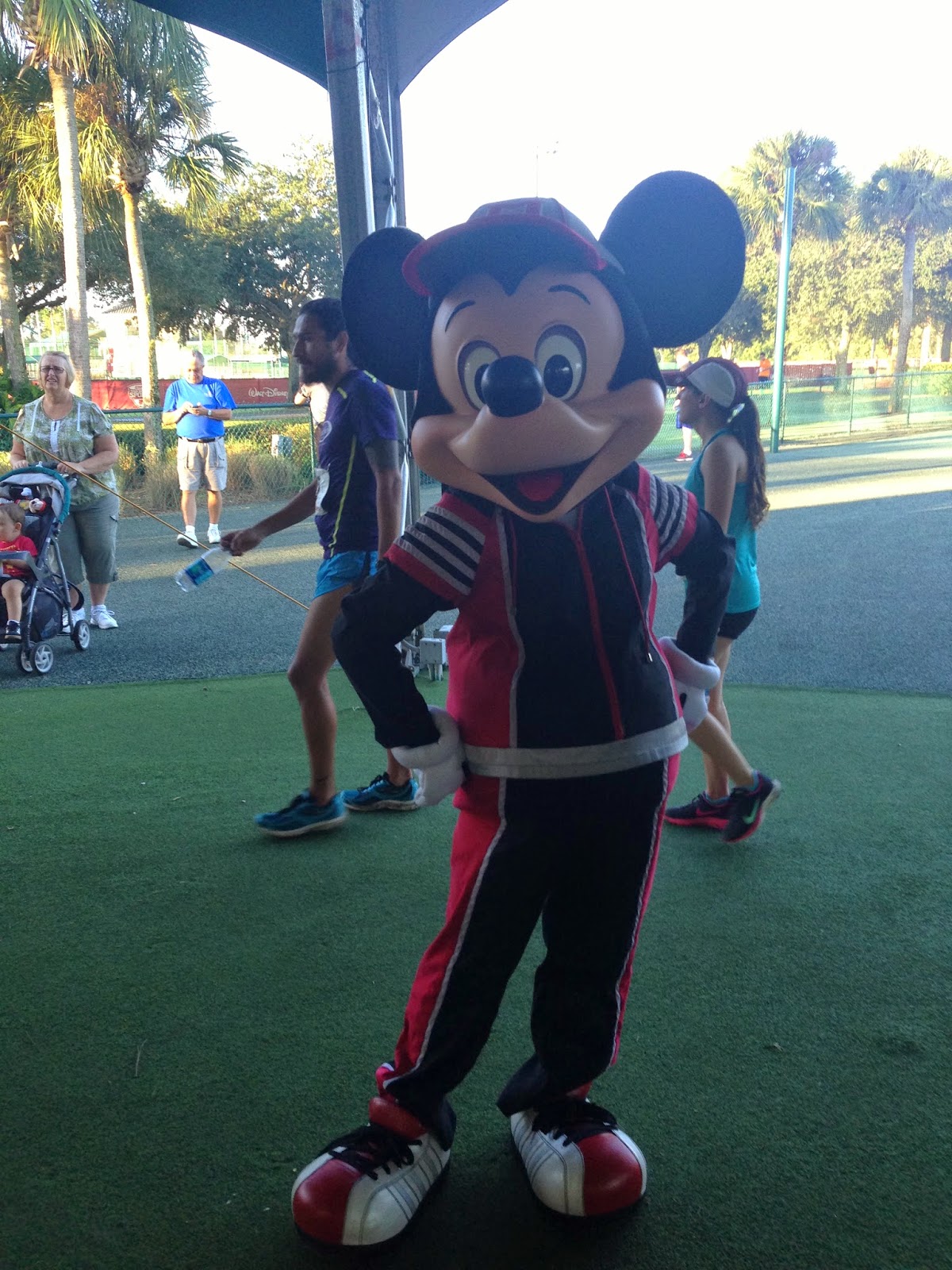 It was a really fun race/fun run and I hope they do it every year! 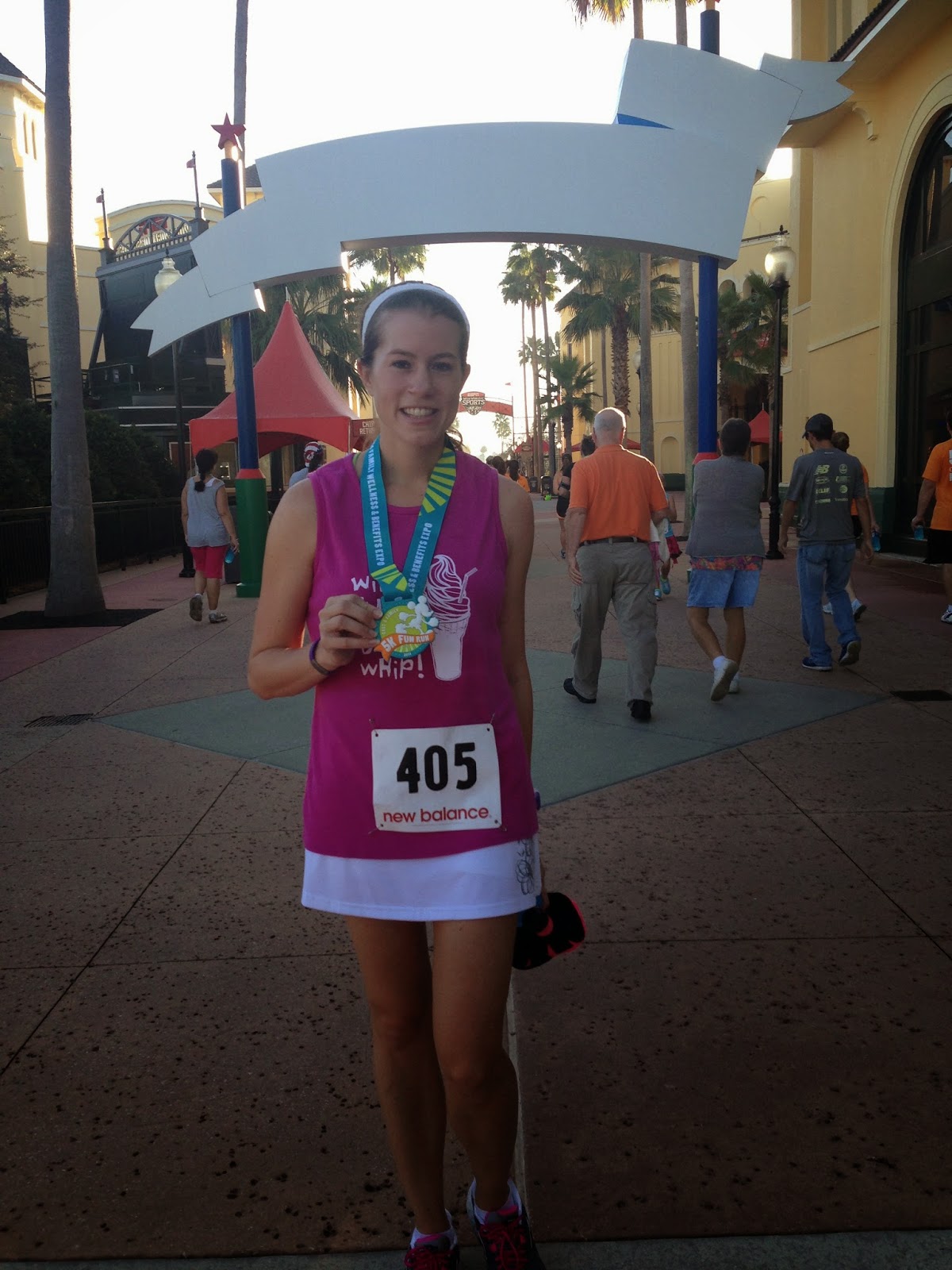 Oh and there was a cute tee too! 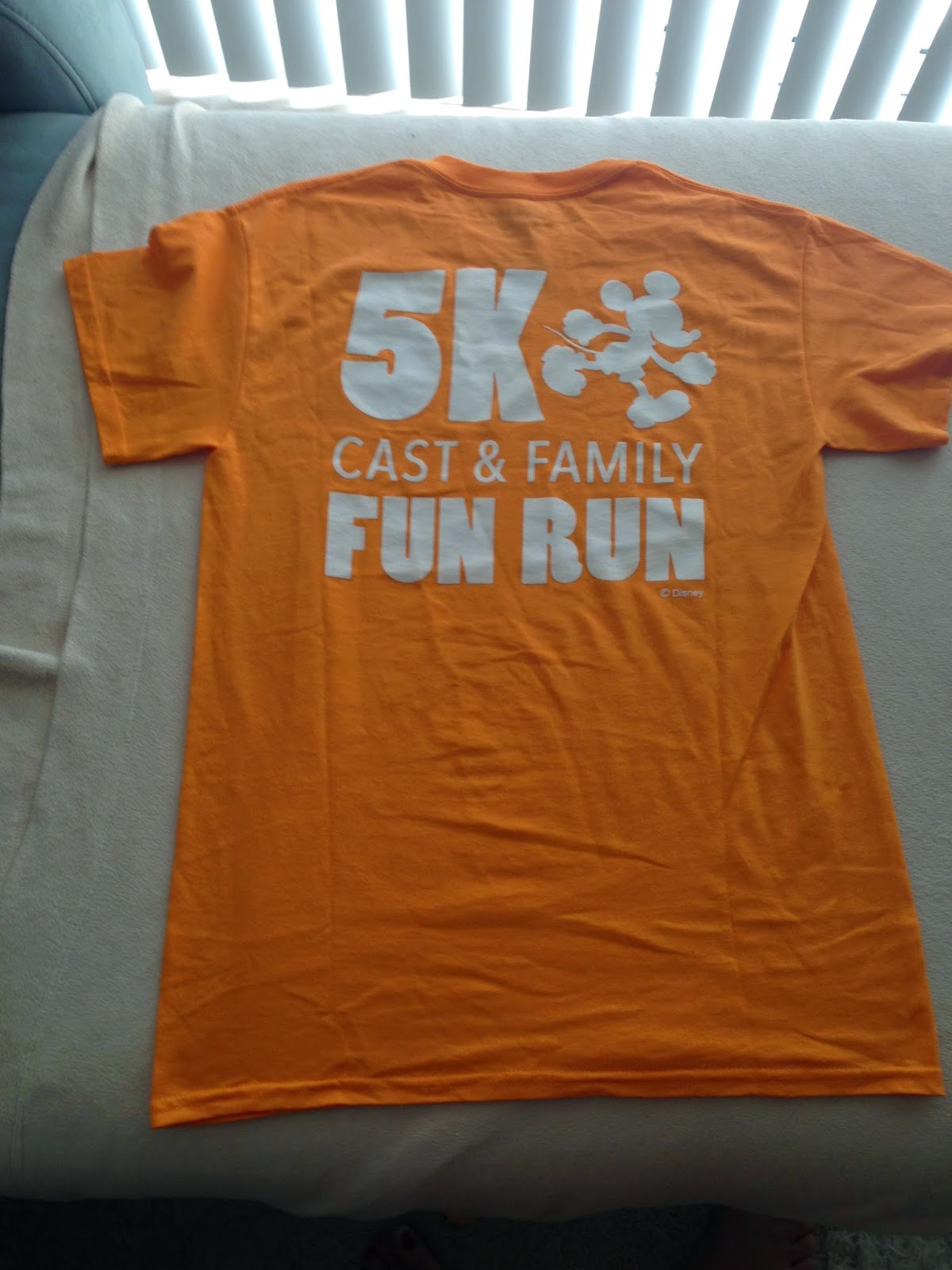 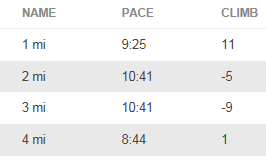