I love runDisney races.  I get so excited for them.  And the Tower of Terror 10 Miler is no exception!

Cori and I were dressed as the Queen of Hearts and her Card. 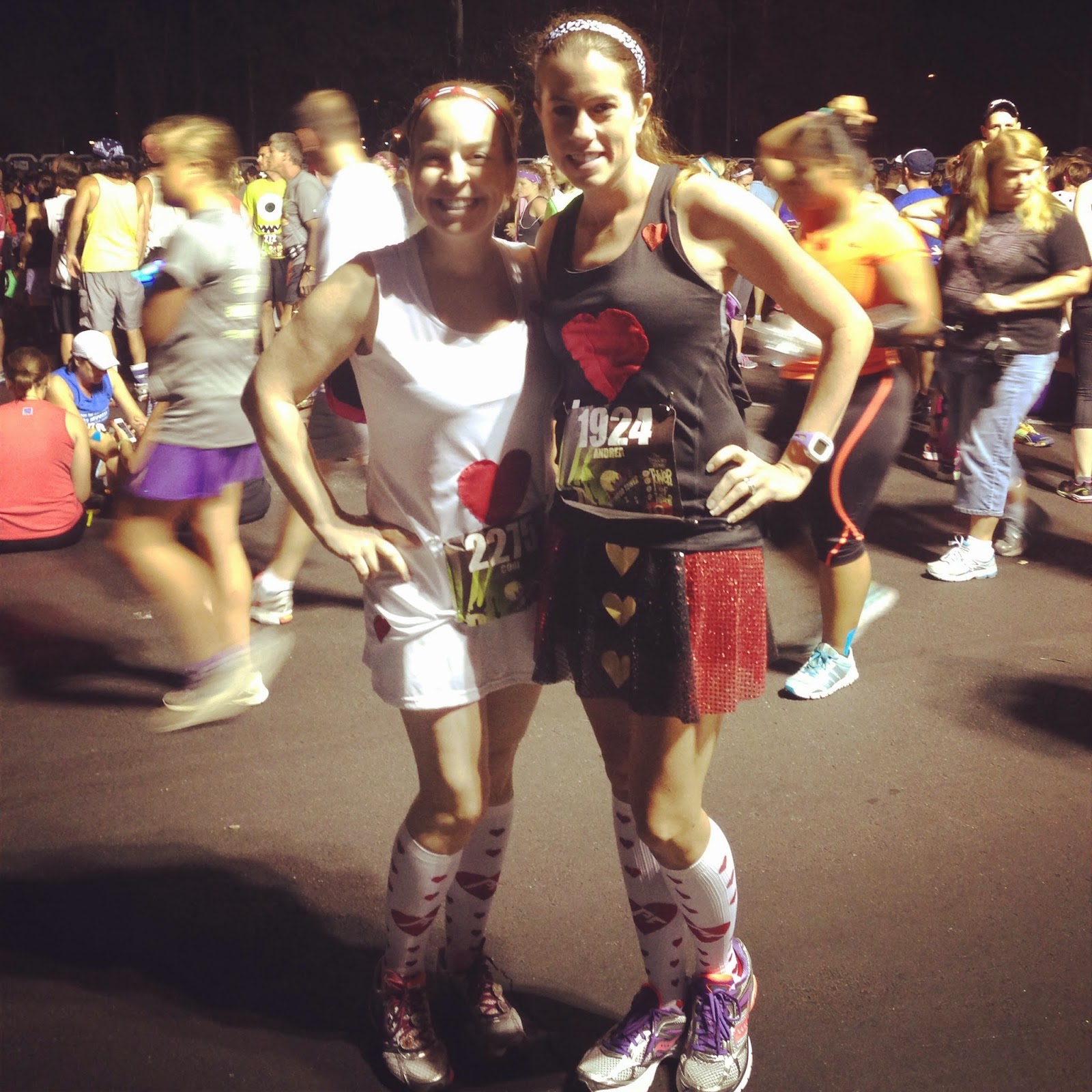 A bunch of DisBrides were running the race, so we met up with them.  And unknowingly (to me & Cori) they had all dressed up from Alice in Wonderland too!! 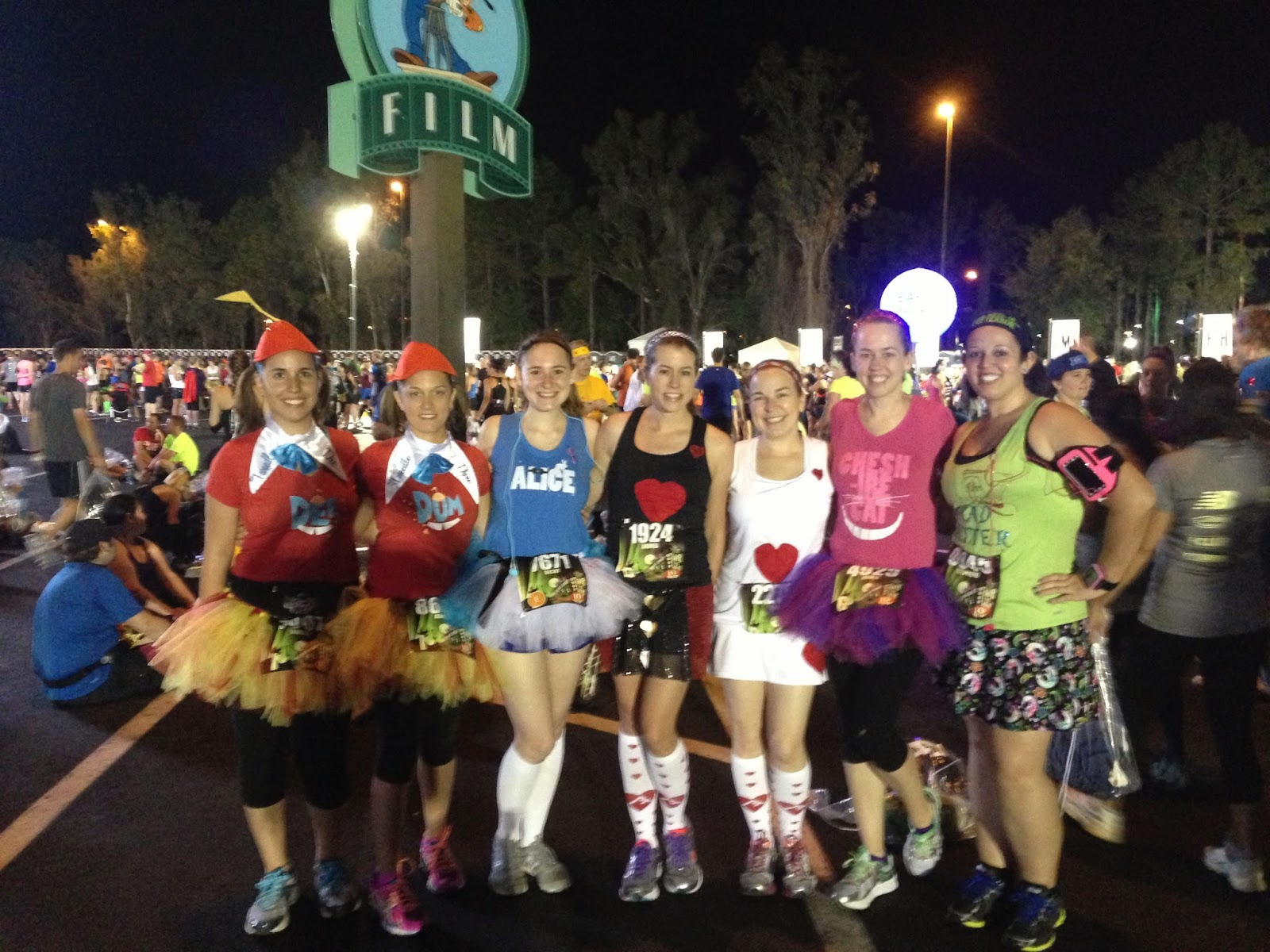 We fit right in!

We also met up with Kate from Raw Threads. 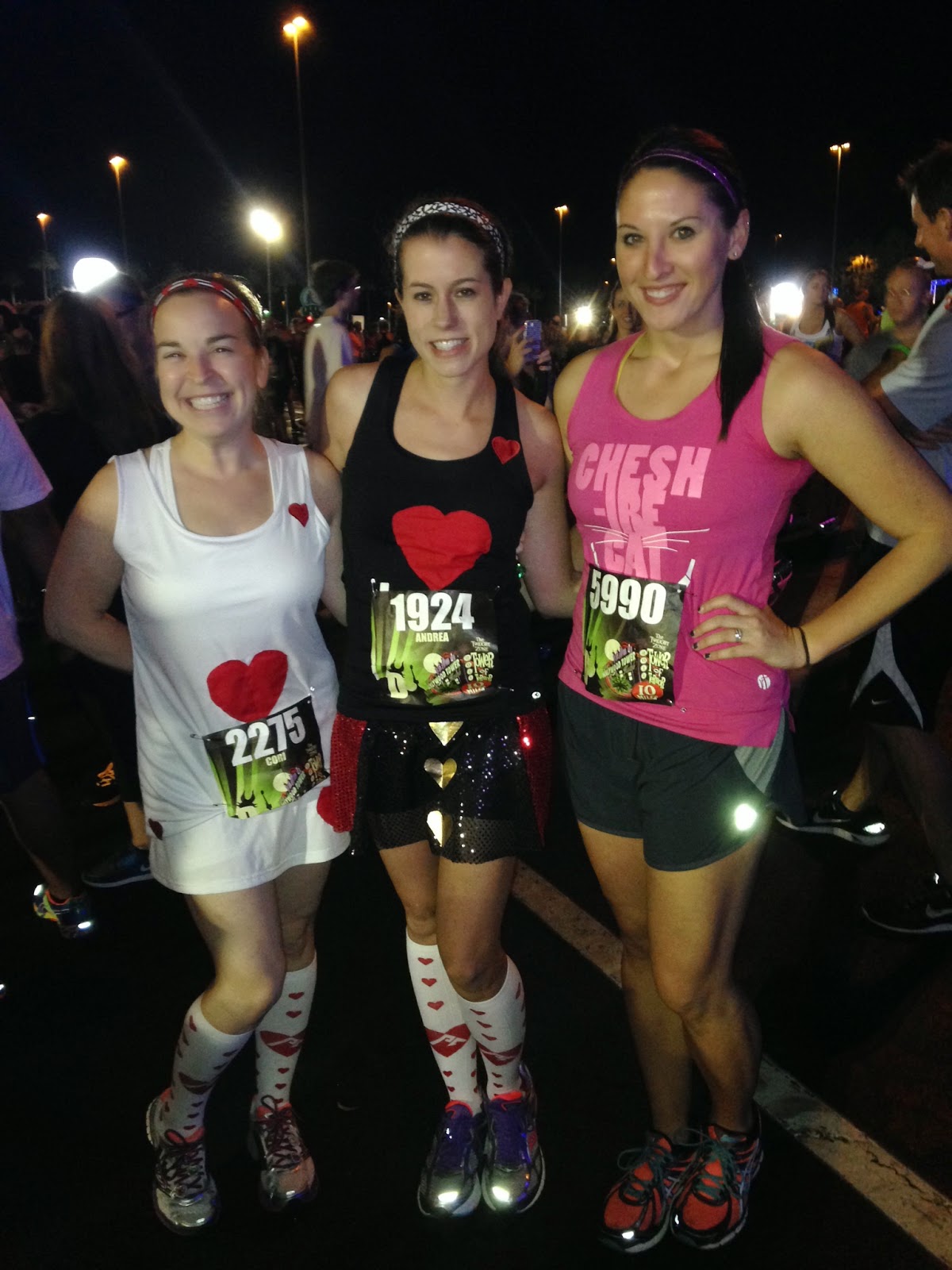 Soon it was time to head to our corrals.  After not too long of waiting, the fireworks went off! 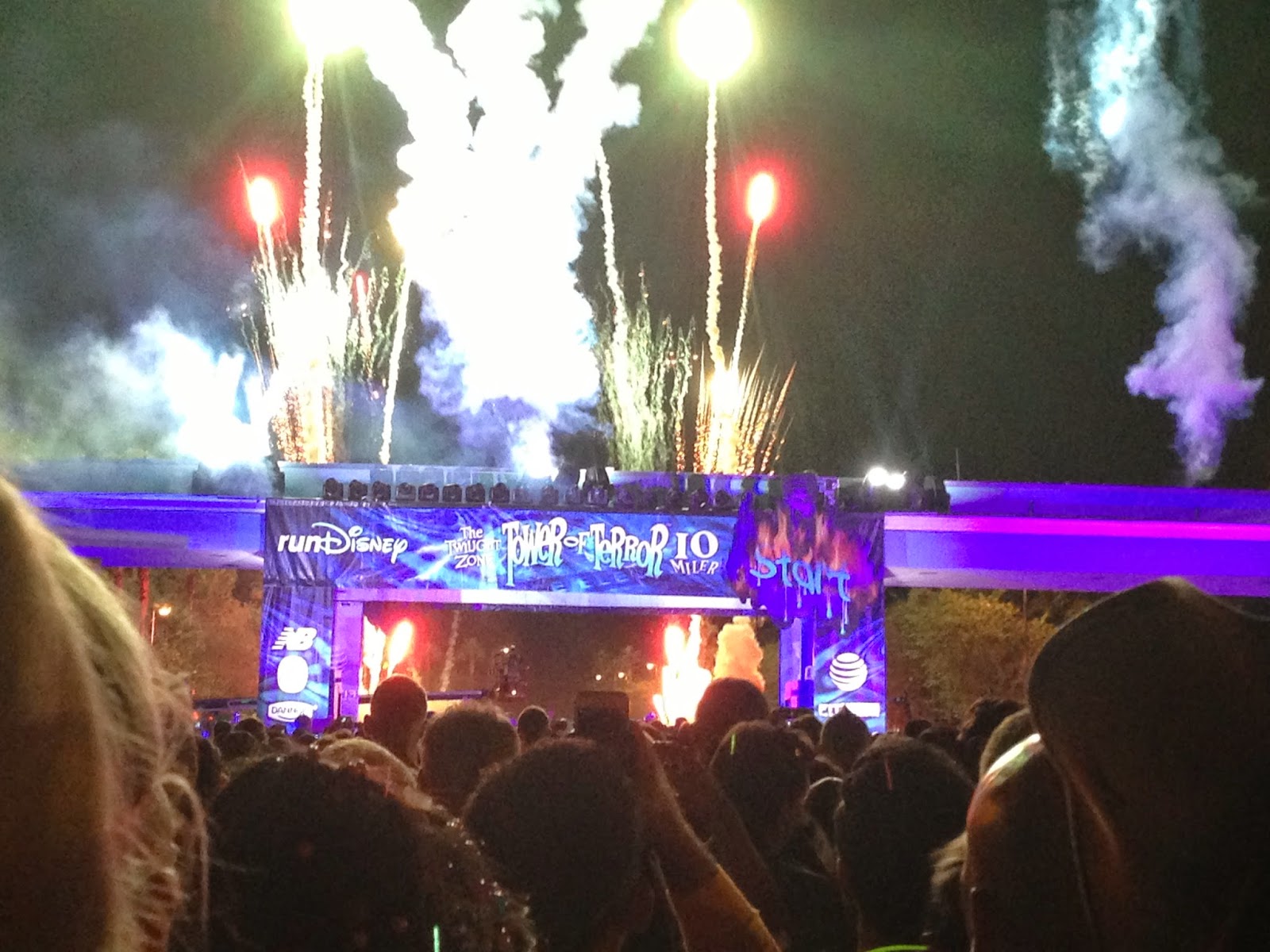 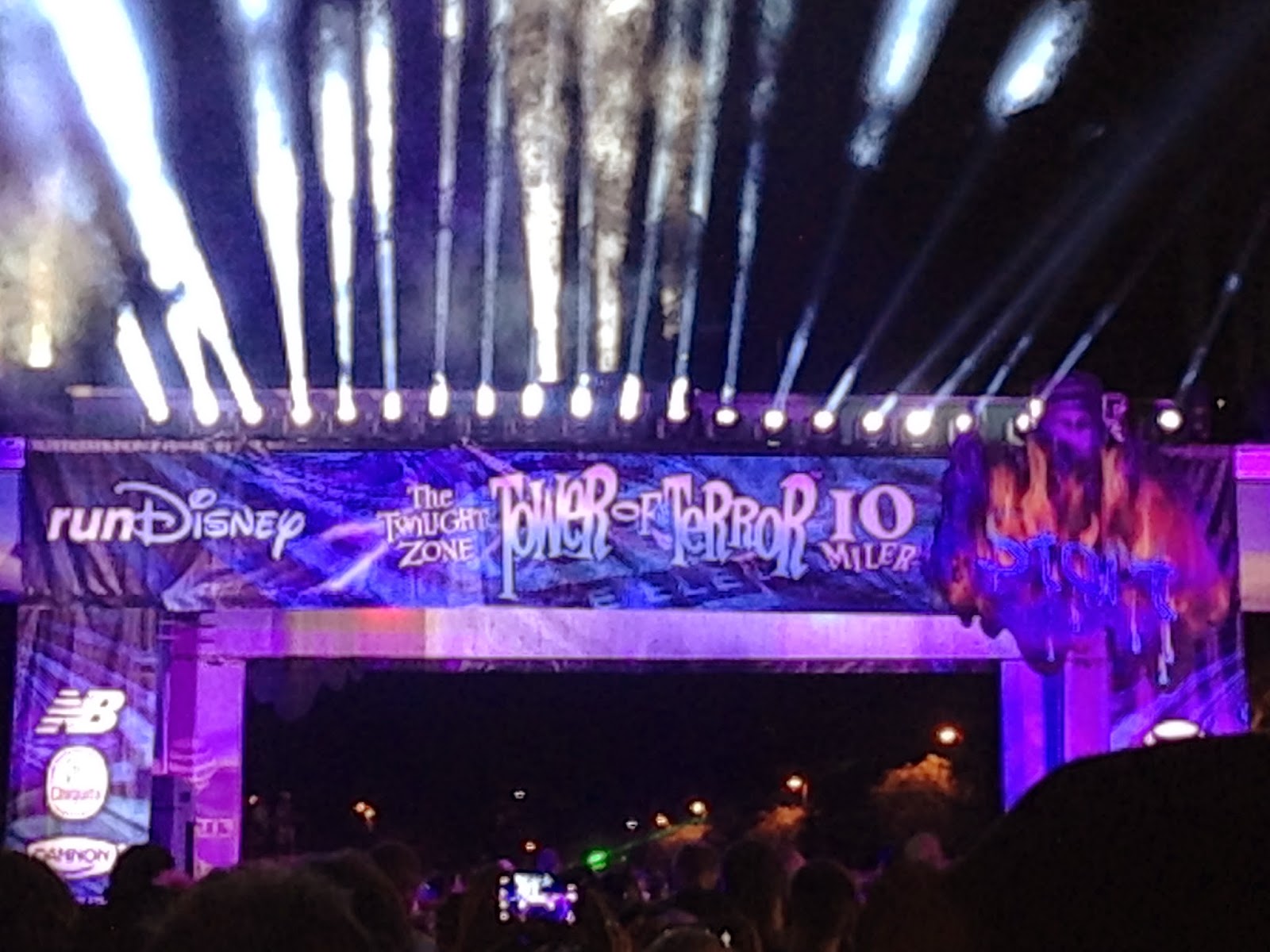 I started off with Cori but ran the race on my own. 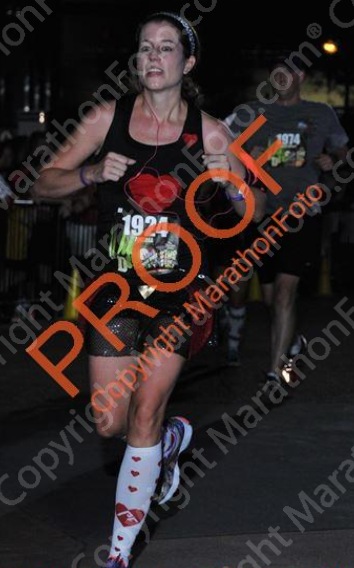 As I entered the Wide World of Sports, Christianna caught up with me.  We ran together briefly and then played tag for quite a bit of the racec--quite literally.  We'd run by each other, tapping each other and saying "tag!"  It made the time pass by quickly! 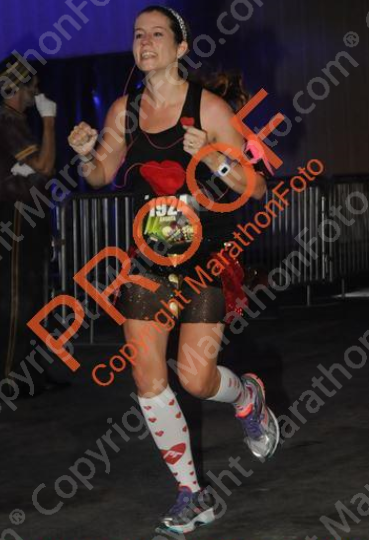 I didn't stop for any pictures until I got to the end.  I had to have one with my medal in front of the Tower of Terror! 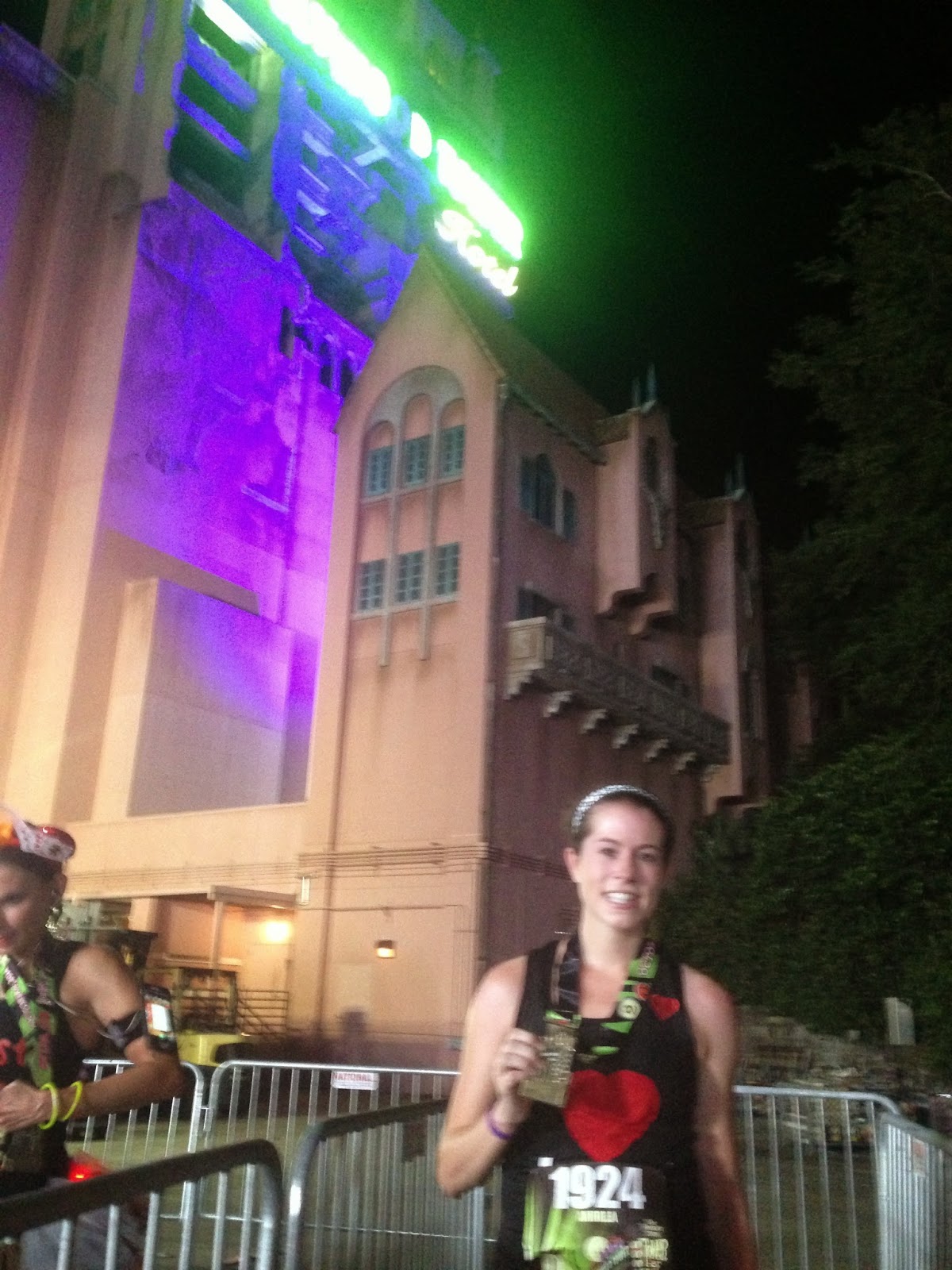 I waited for Cori to finish and then we went and got changed and met up with a bunch of Raw Threads people.  Then we grabbed some food.  Peanut butter and jelly, fries, and chocolate milk is the perfect post-race treat! 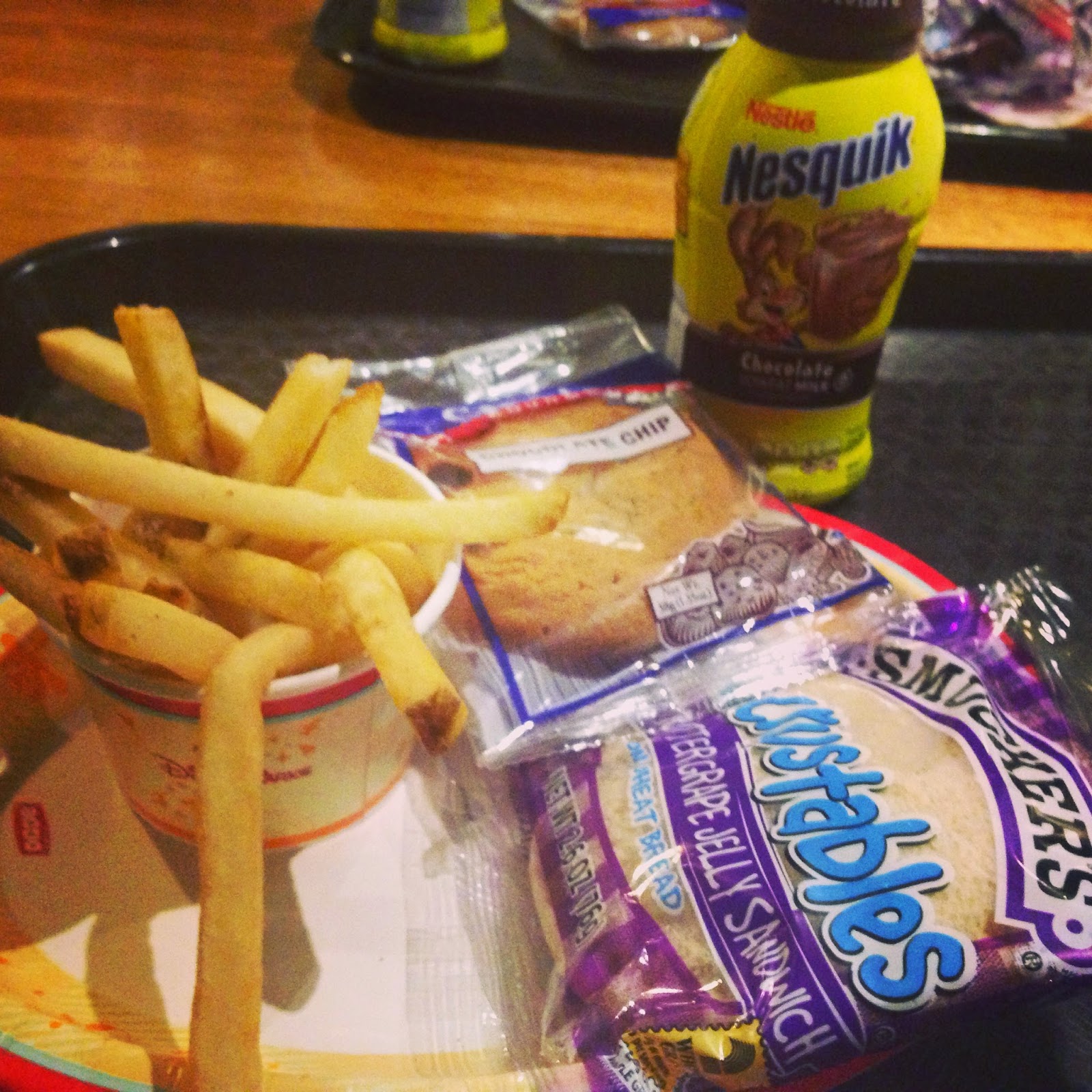 We were pretty tired but had to stop for a quick picture with Pain and Panic since I don't think I have one of them. It was another great runDisney race and I have to say that I'm quite sad that they won't be  having it next year! 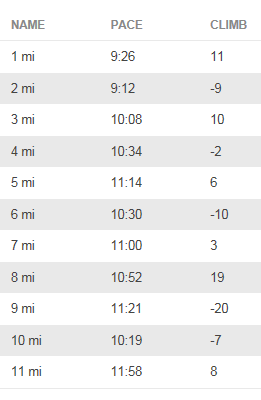