Race # 58- Wine and Dine Half Marathon

The day before the race, I hit up the expo to get some goodies, as usual. 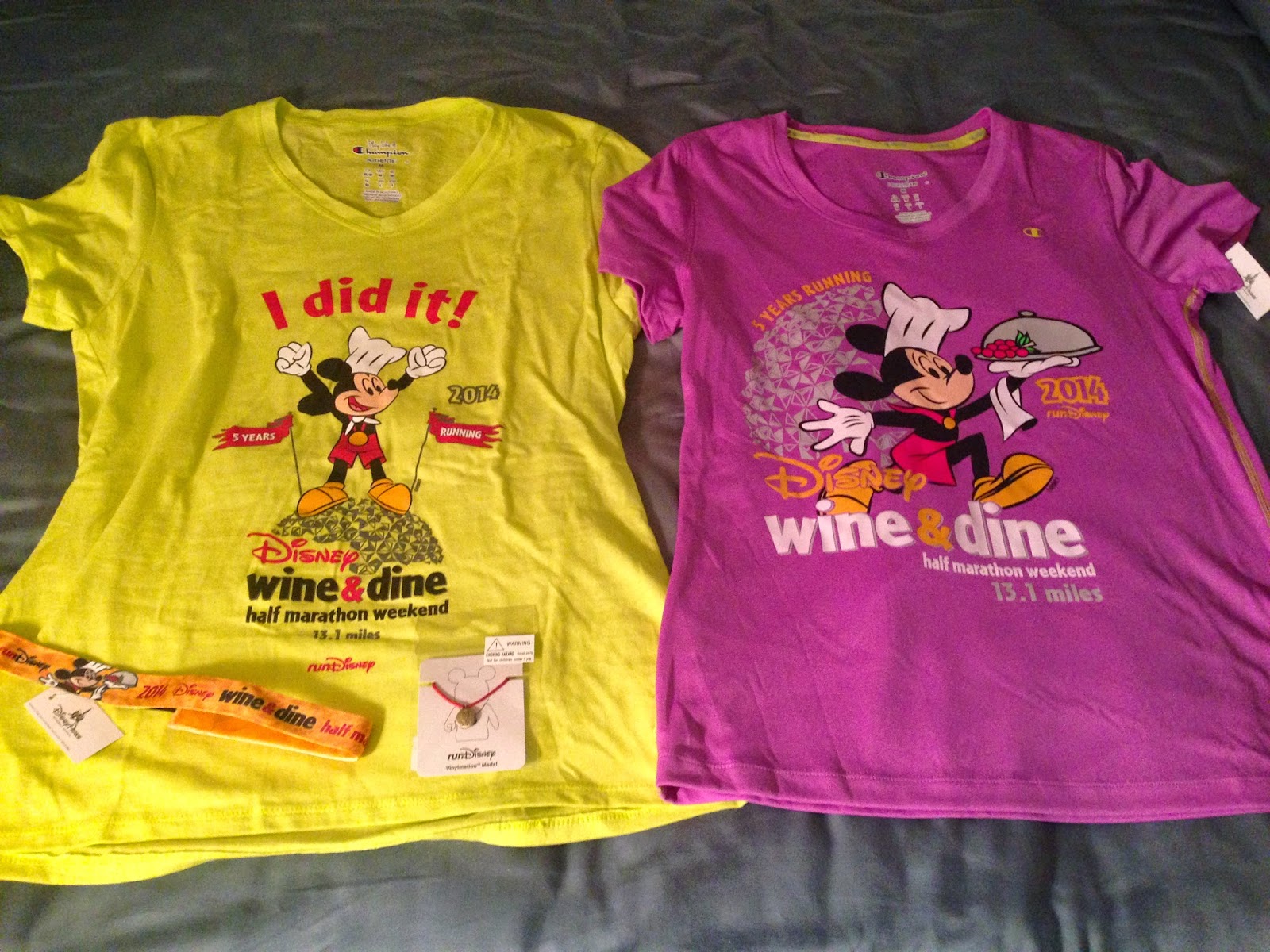 I picked up the usual I Did It Shirt, the necklace, sweatyband, and a short sleeve tech shirt since the race shirt is long sleeved.  I don't like the Mickey on these.  He looks weird! 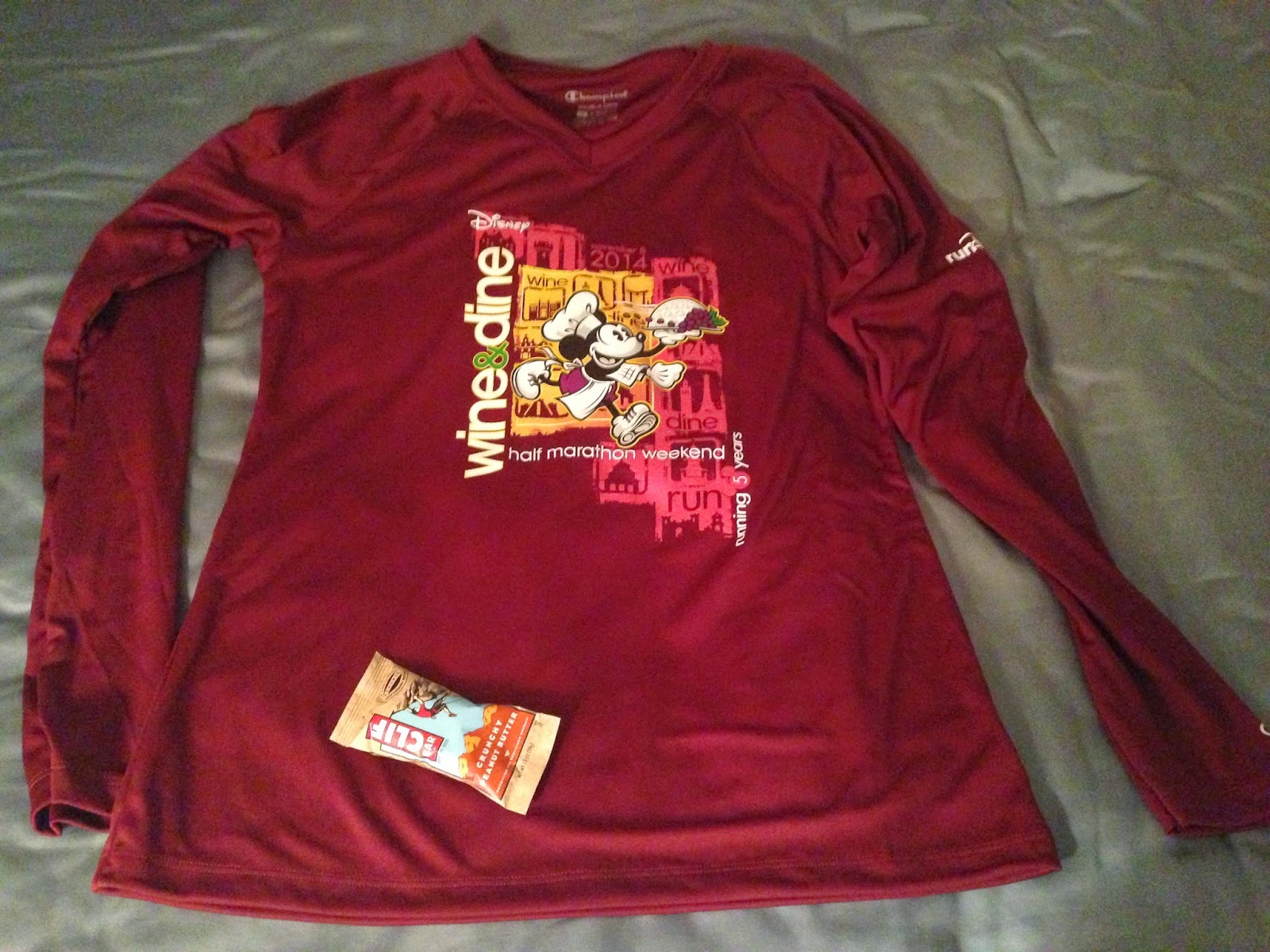 And the race shirt.

Earlier on race day, between the Gingerbread 5k and the Half, I attended a cupcake meetup held by Krissy from Outrunning the Monorail at the Boardwalk Resort.  It was a lots of fun and great to meet up with some friends that I'd made online in the running community, along with others I had met before. 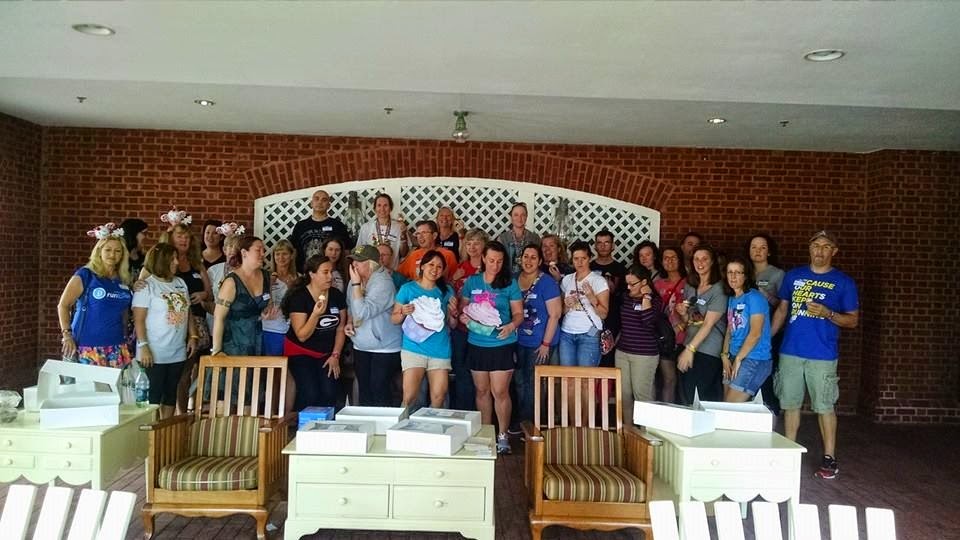 Ashley (The Pavement Princess), her hubby Joe, and I headed over to Epcot for a few minutes. 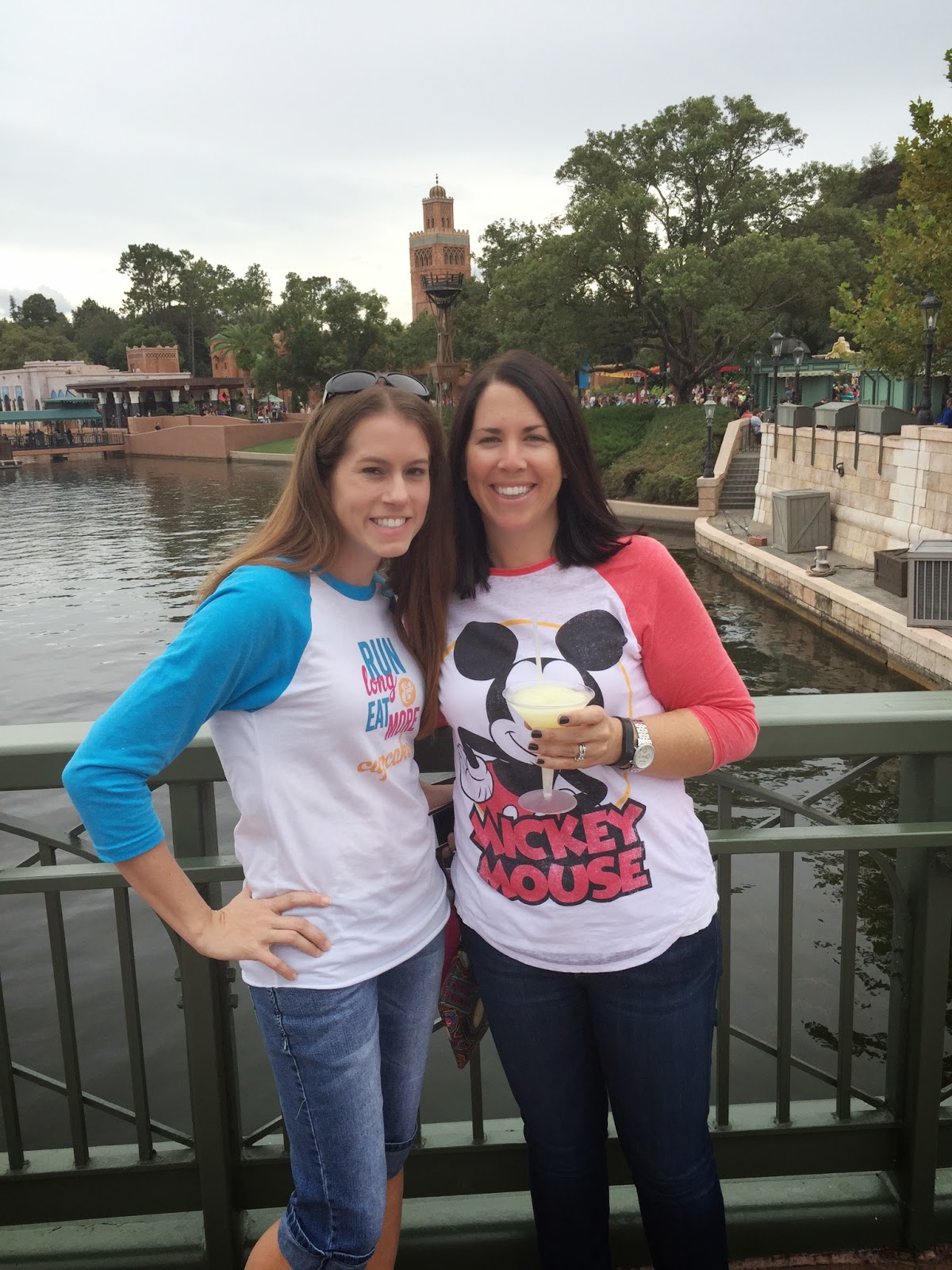 It was really crowded so we quickly left but I did see these characters with no lines!  They were probably the friendliest and chattiest ones I've ever met!  Fun! 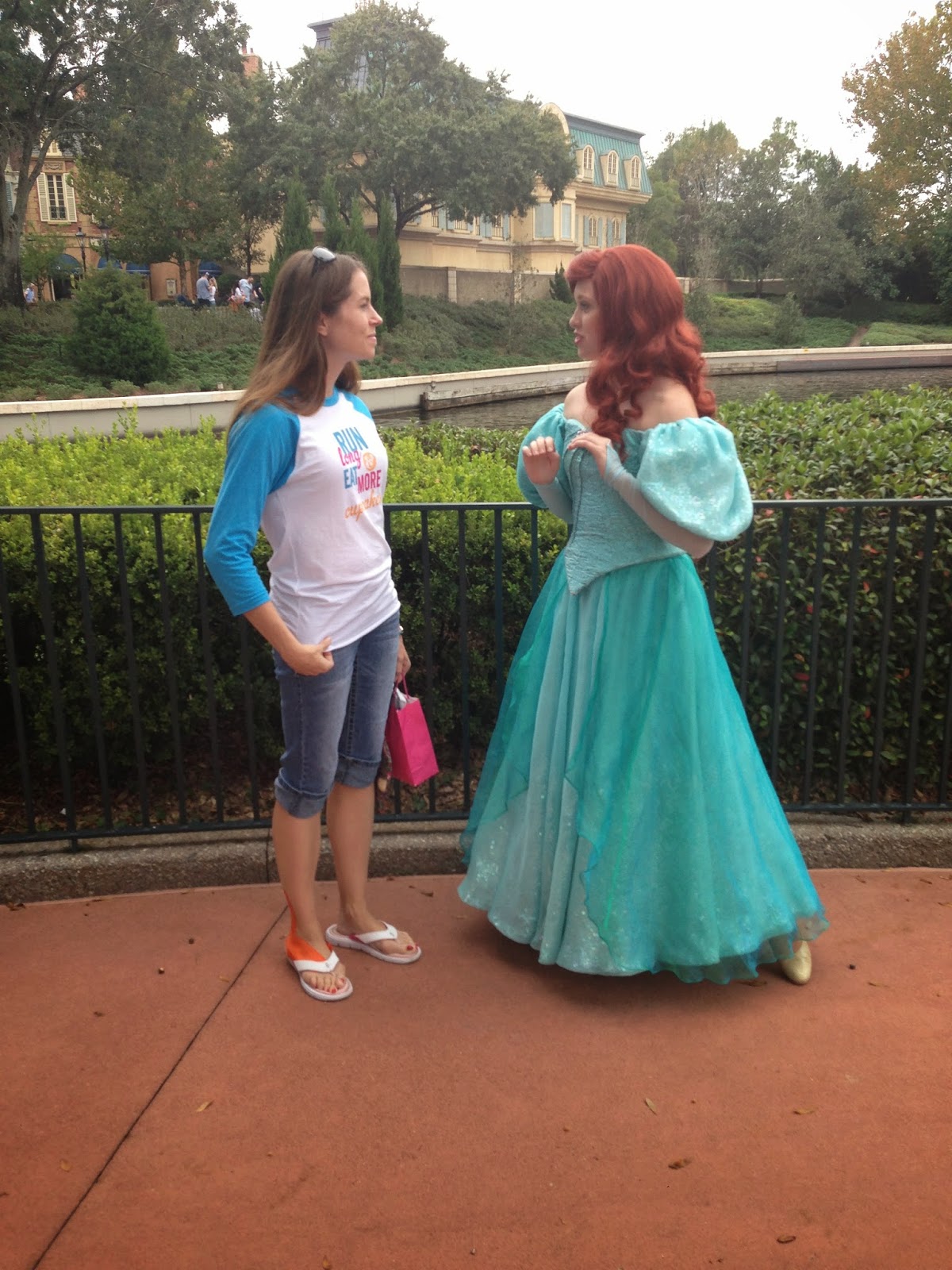 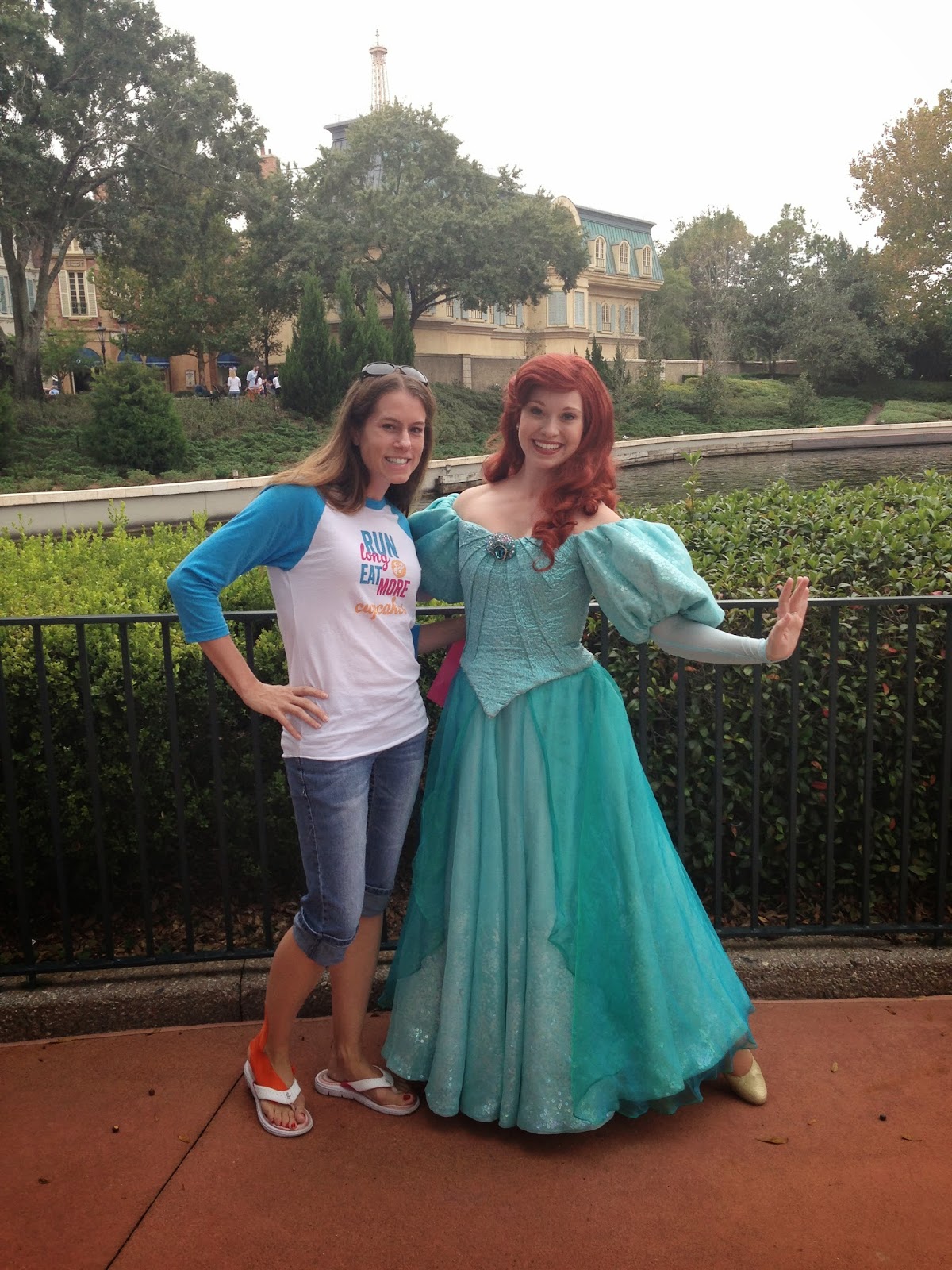 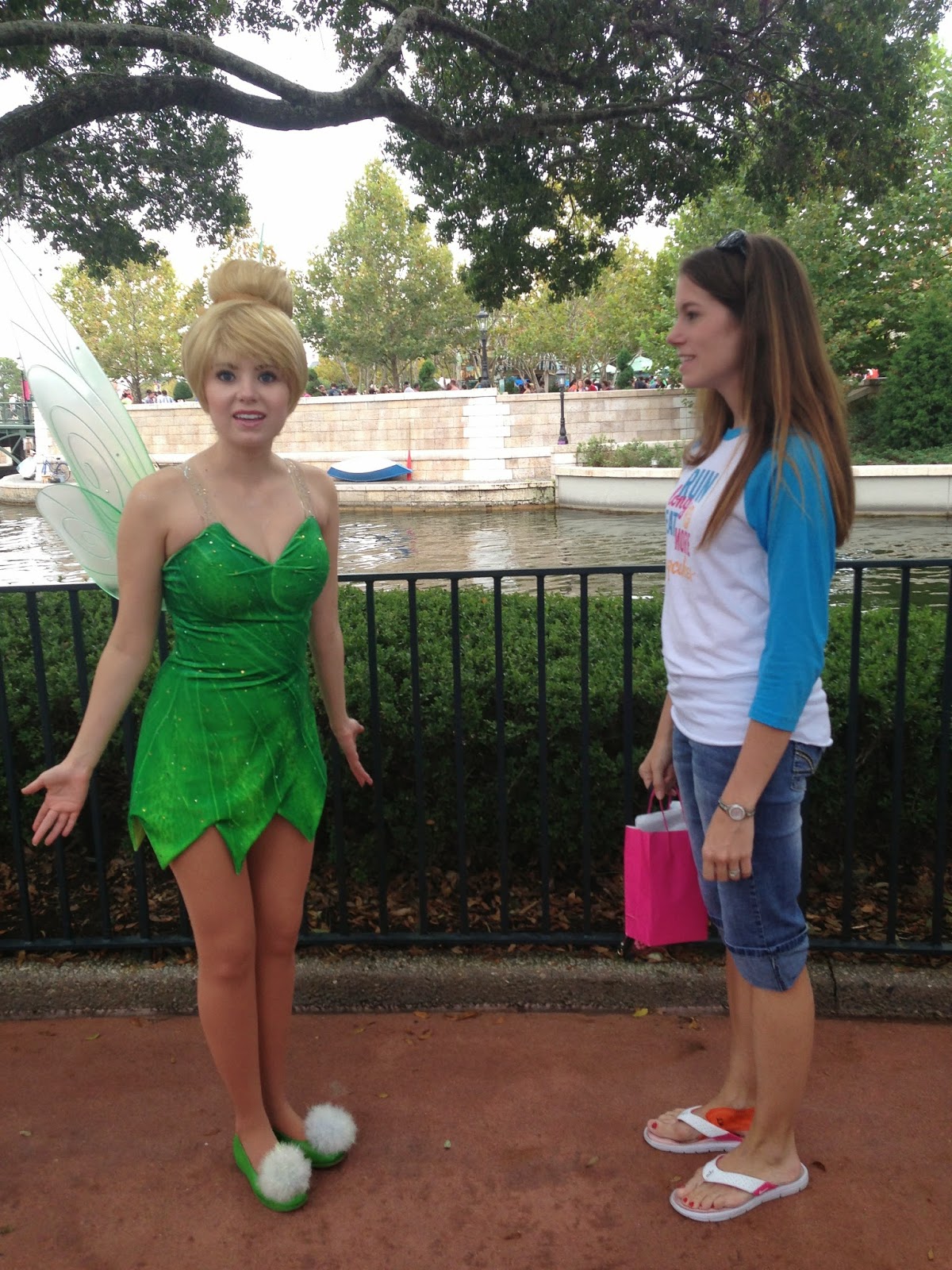 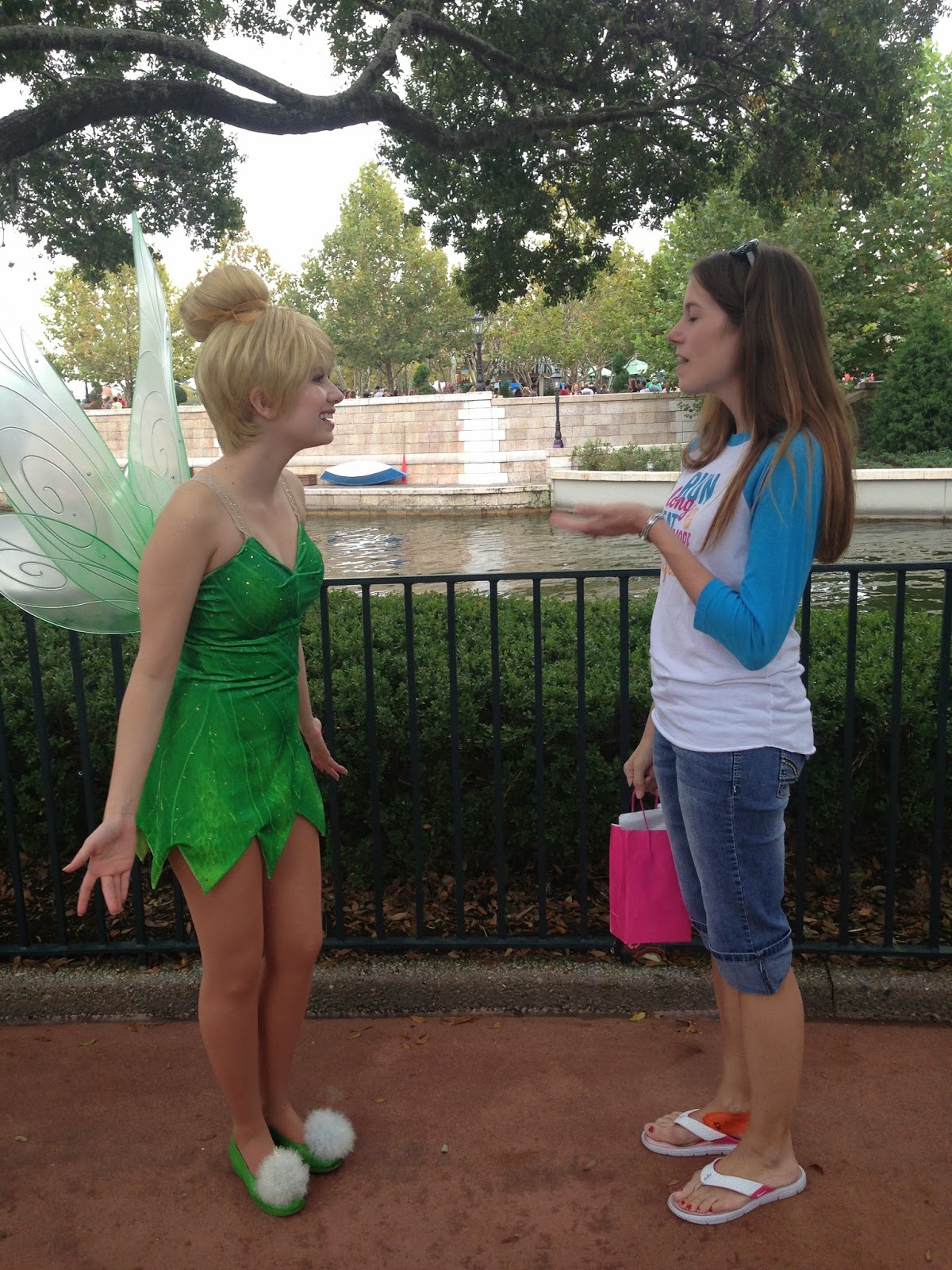 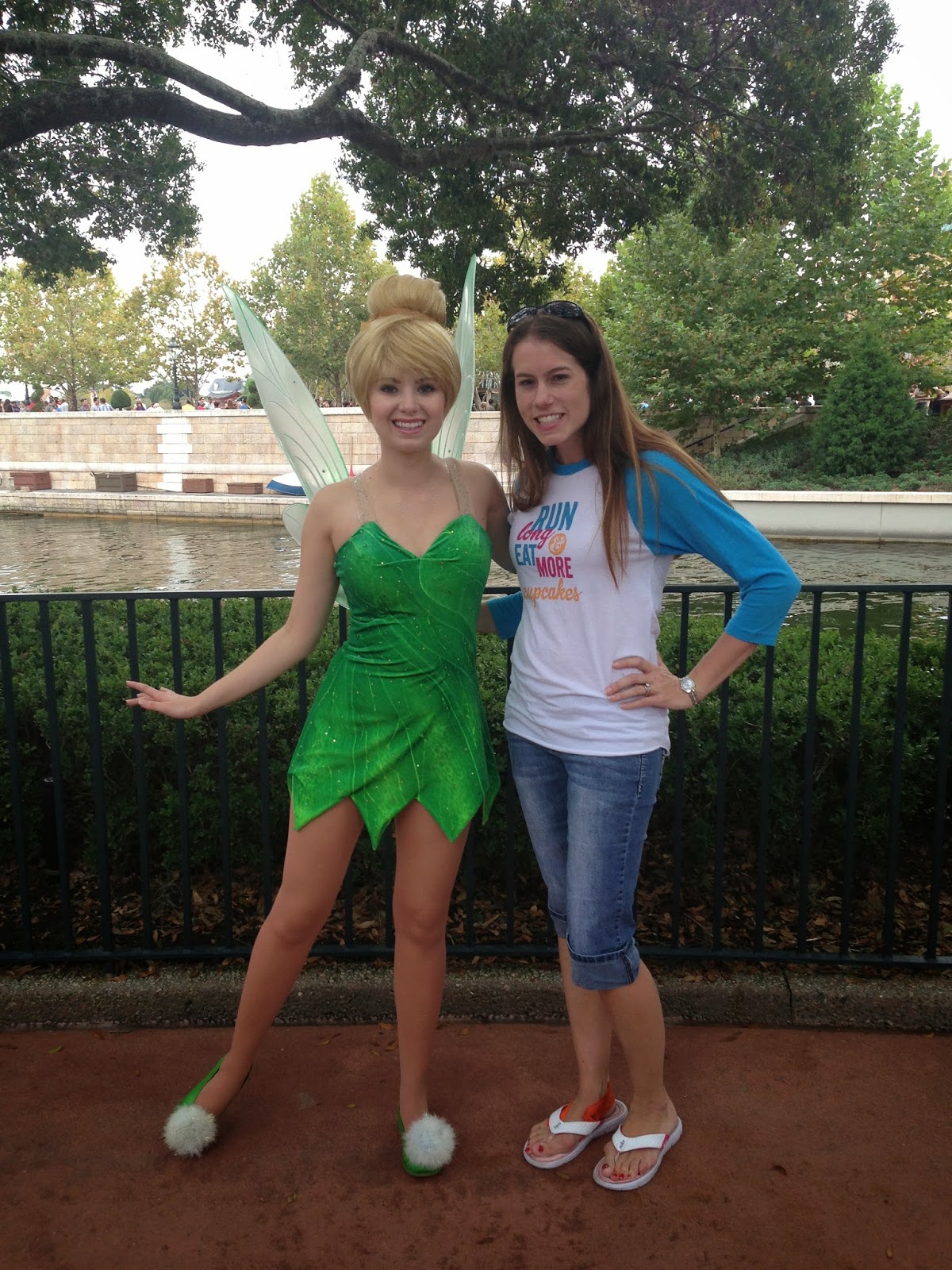 The topic of conversation for the whole day was the weather.  We knew it had the potential to be bad and we were right.  Check out the radar. 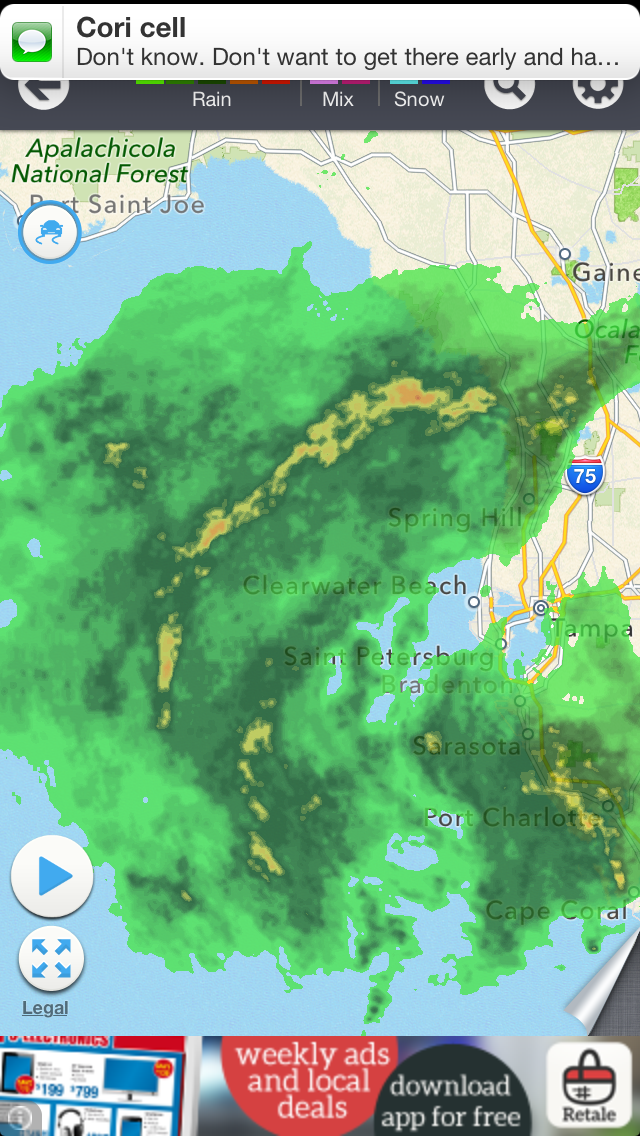 That thing was coming right for us.  I decided to stop by the expo again to pick us up visors to help keep the water out of our face. 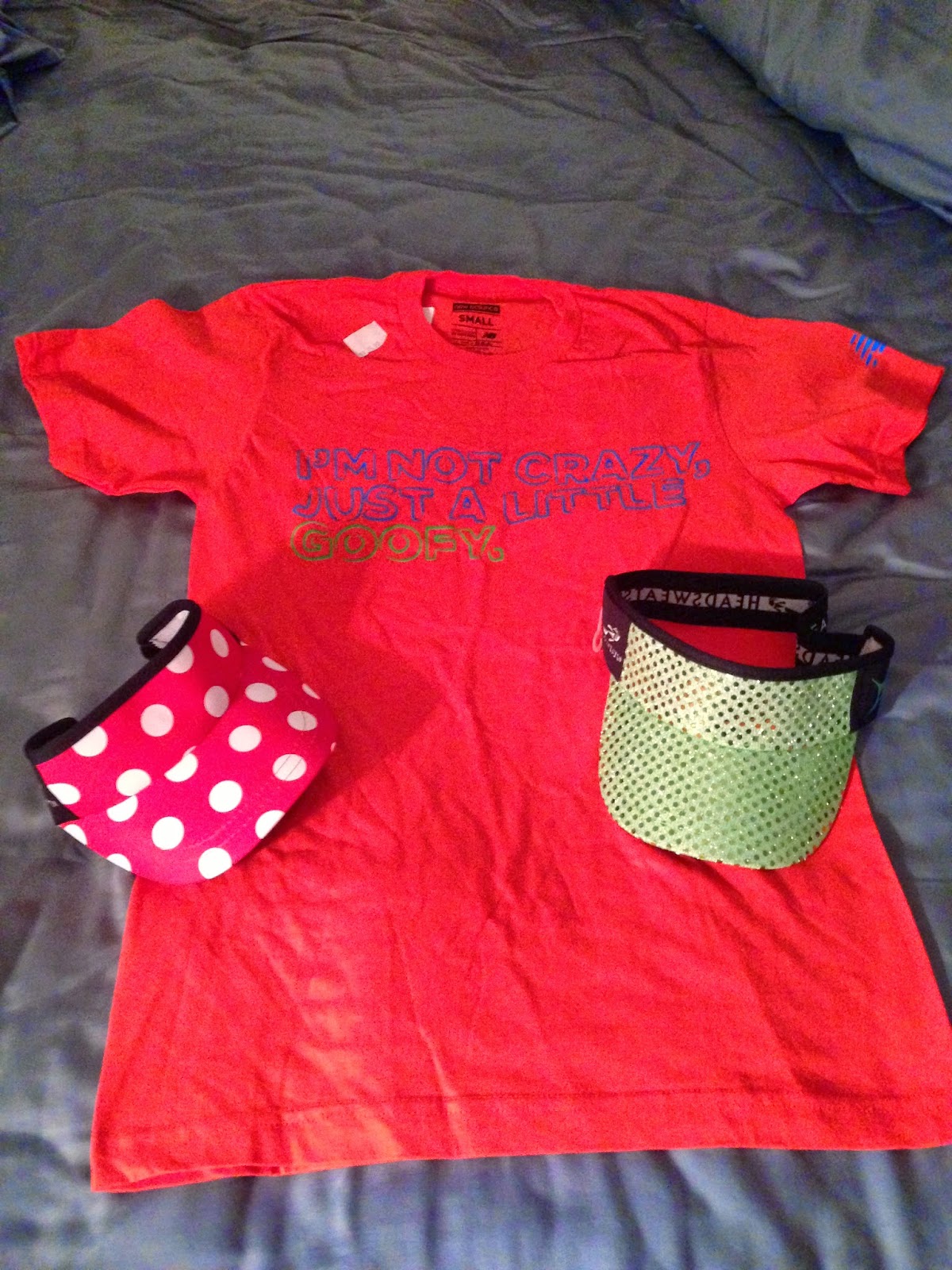 I ended up buying the Minnie visor that I needed for my costume for the marathon in January, along with a Goofy shirt to wear after I ran the Goofy Challenge.

That night, we hoped for the best.  Our costumes were the aliens from Toy Story.  We had really cute hats to go with it. 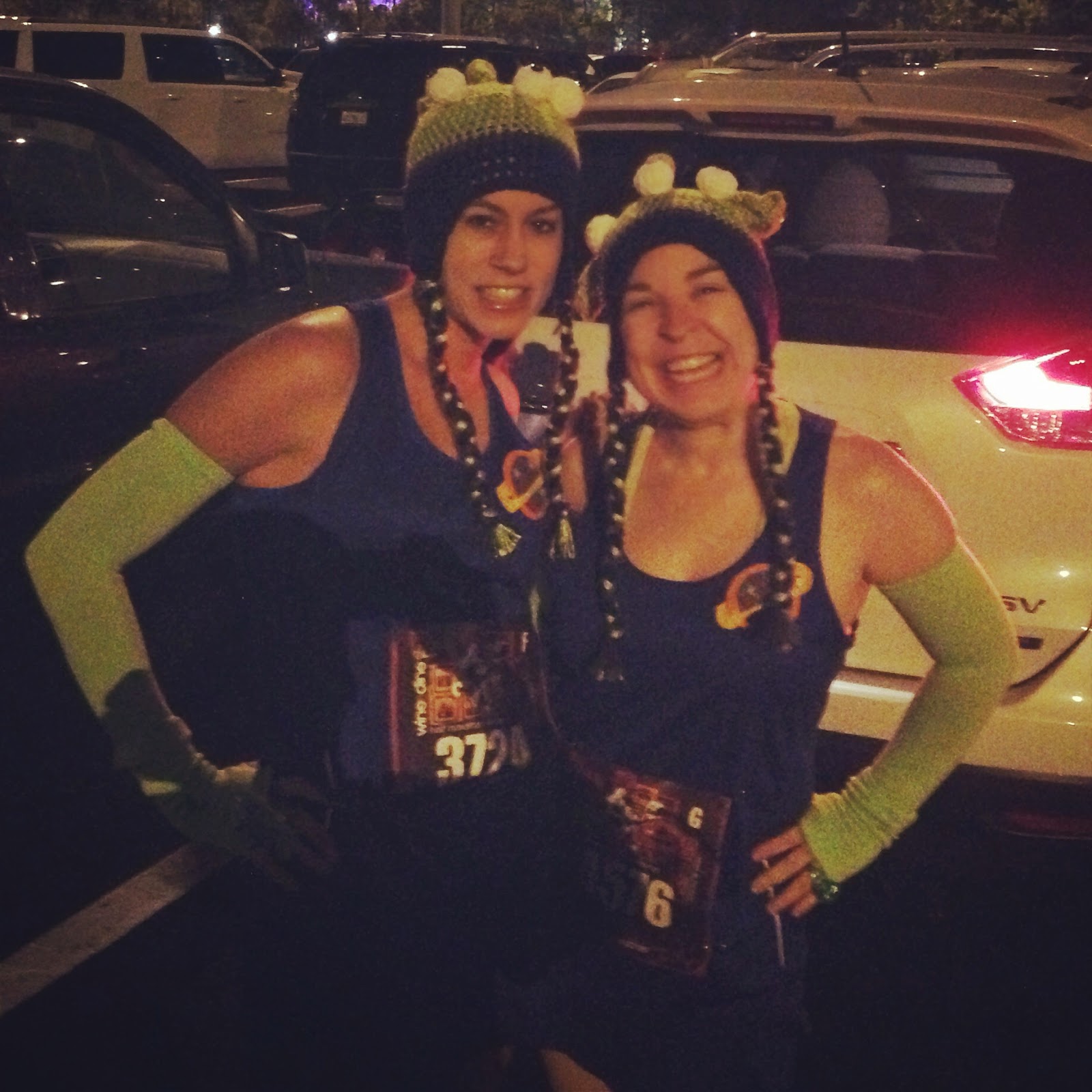 But we knew wearing them in the rain wouldn't be practical since they would be waterlogged so we switched them out for our visors. 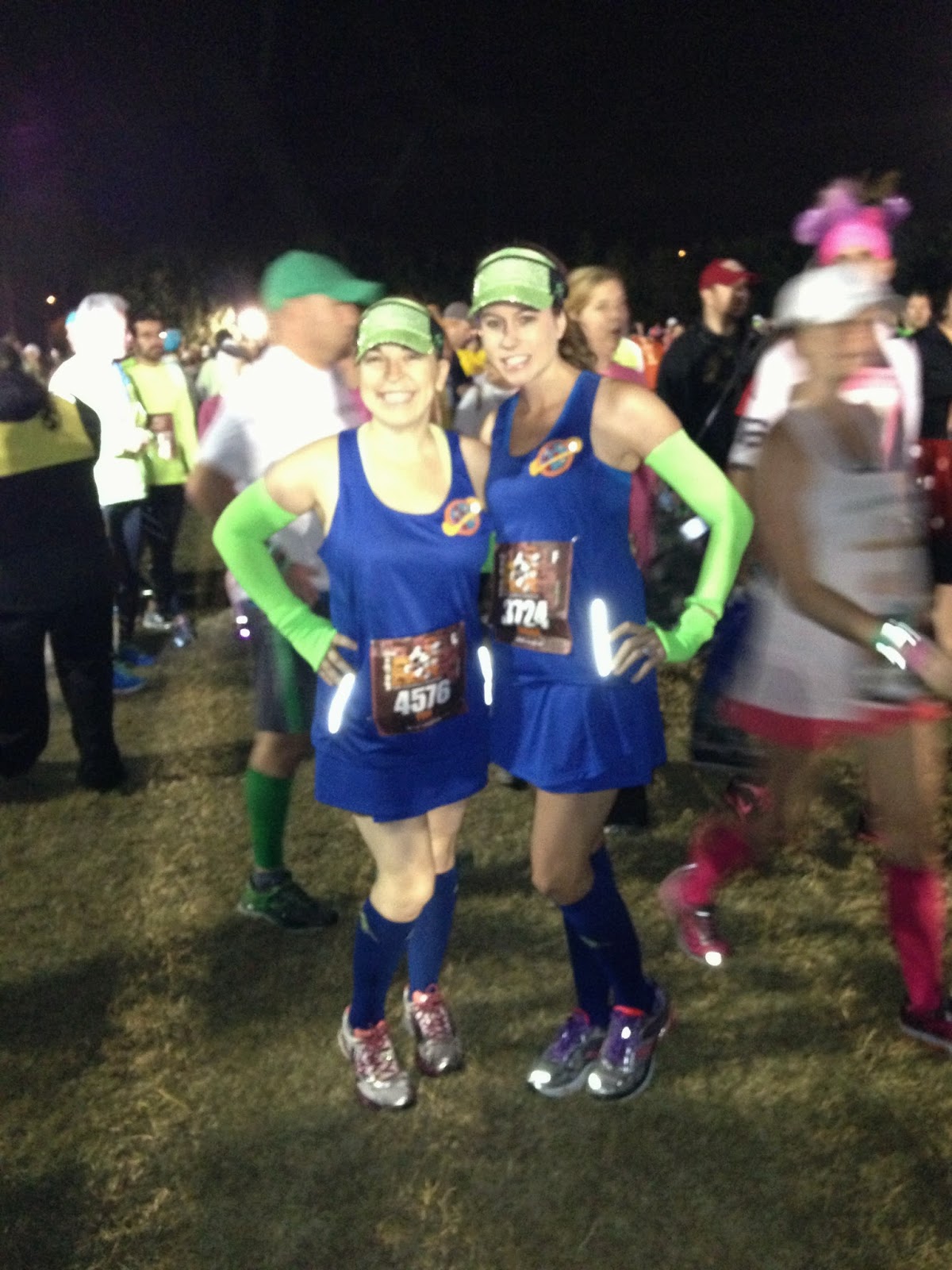 We met up with Kristin and Adam briefly.  We were supposed to meet up after the race but it didn't happen. 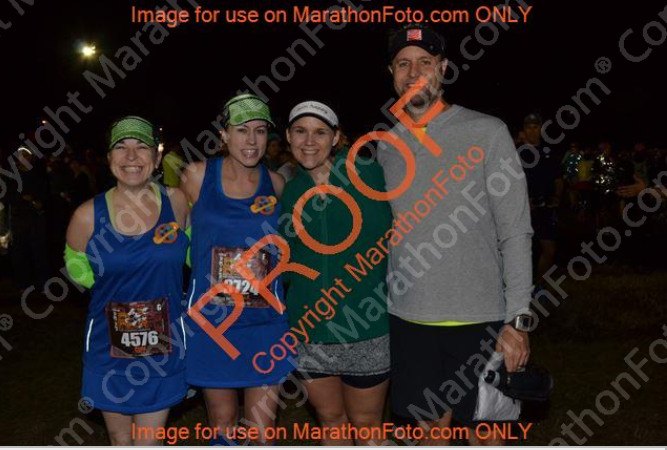 It was supposed to start raining early in the evening but luckily it didn't start sprinkling until we were in line for the porta potties.  I had bought us some cheap disney ponchos to wear so we threw them on.  We were freezing too!  We met up with  Kate for few minutes too. 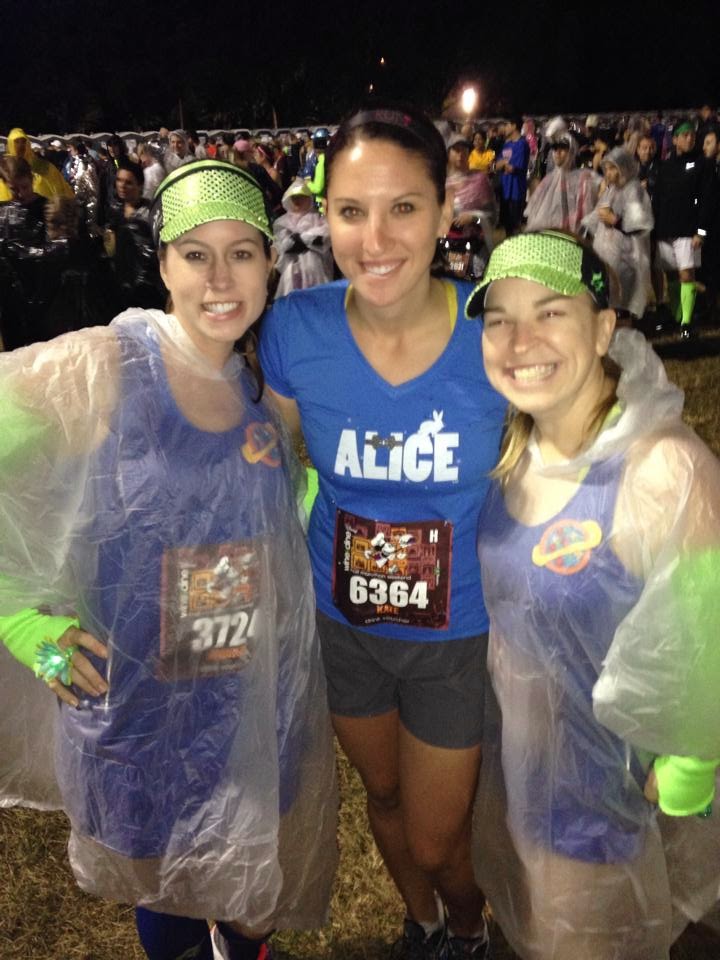 Right after the first corral or so took off, the rain started pouring.  And it didn't really stop for much of the race.  I ran with my poncho on for the first mile or so but it got hot and the flapping was bugging me so I tossed it.  I regretted it later when my muscles were stiff from shivering in the rain and dodging puddles and I slowed way down and was freezing. 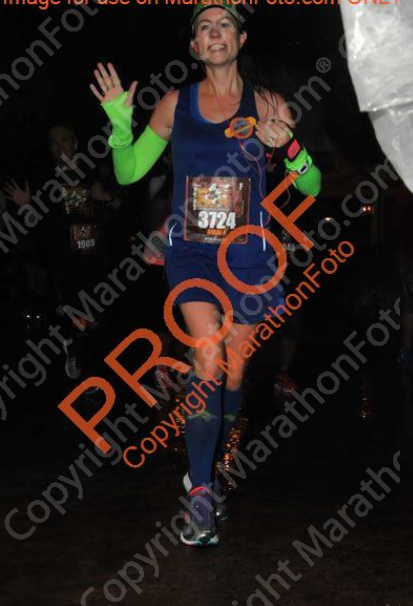 Kory and I got engaged at the Osborne Family Spectacle of Dancing Lights so every year during the race, I have to stop there to get a picture.  But with how much it was pouring, I wasn't about to get my camera out.  I kept hoping it would stop by the time I got there.  And the rain gods were listening.  It stopped just while I was there and then started up again. 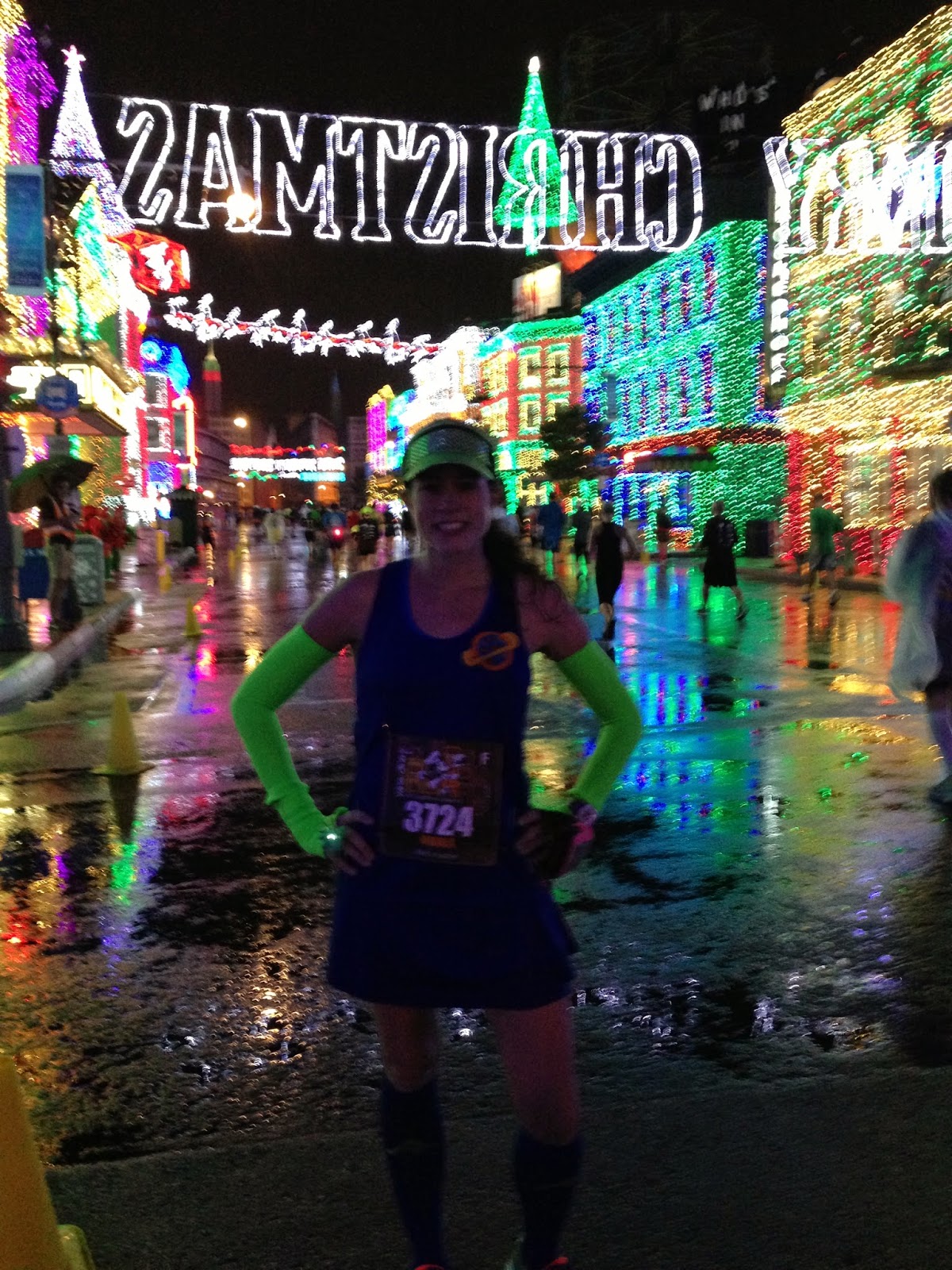 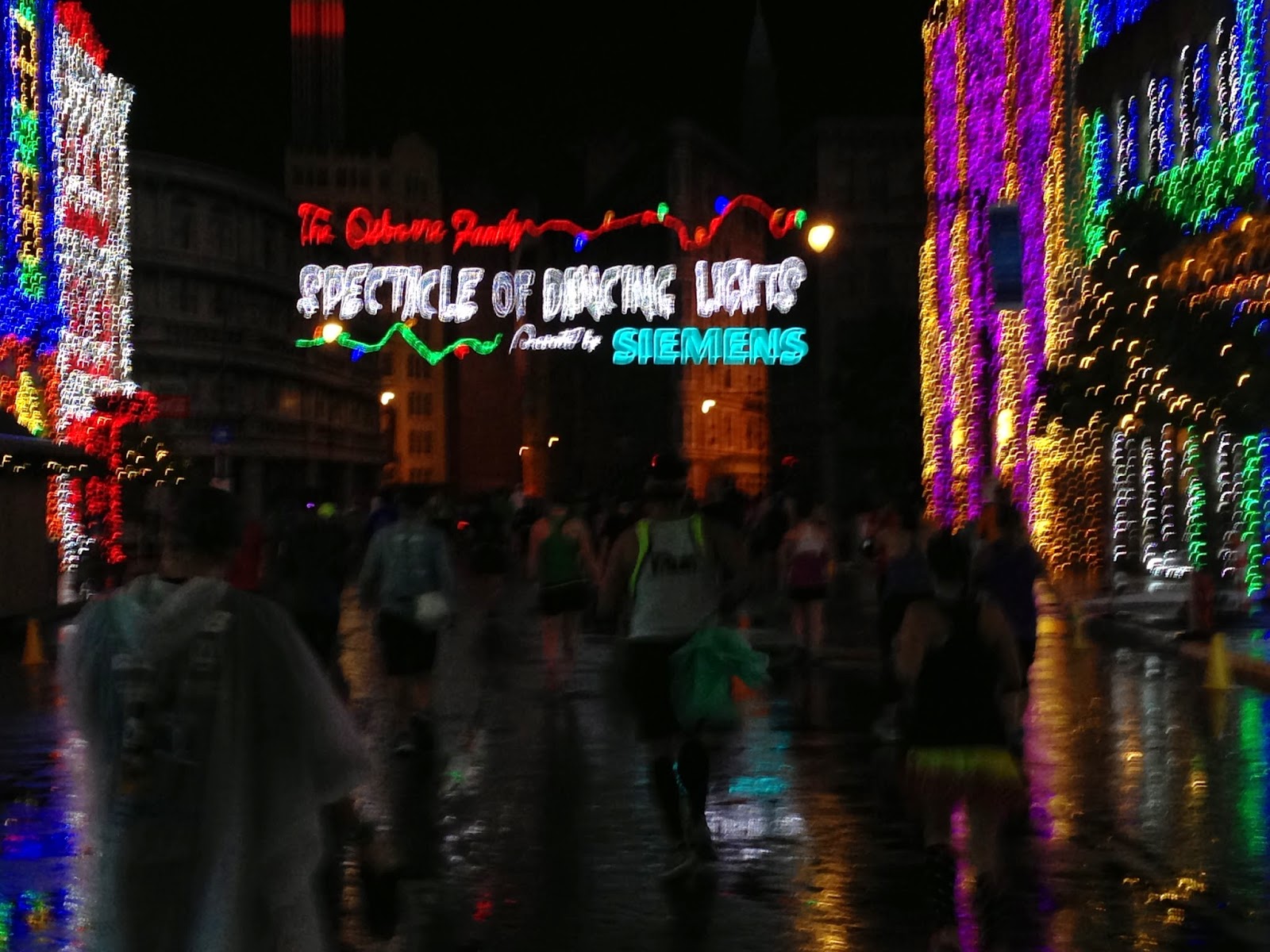 But I got my picture!!

I finished wet and miserable. 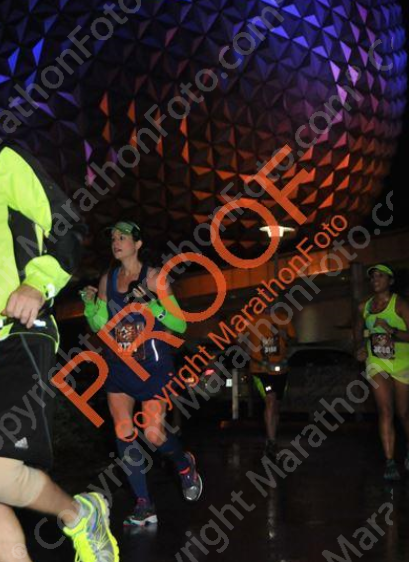 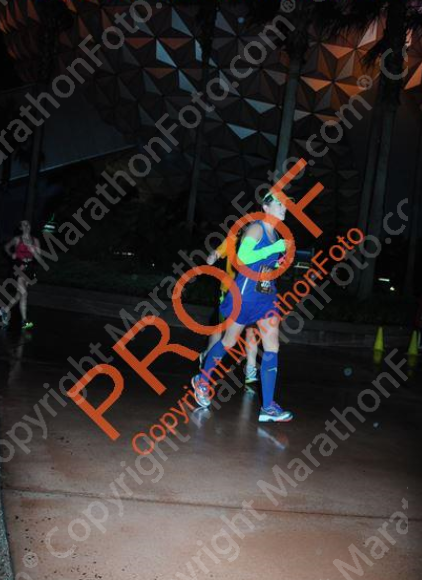 Boy, I sure stood out!

It was the worst race I've ever done. 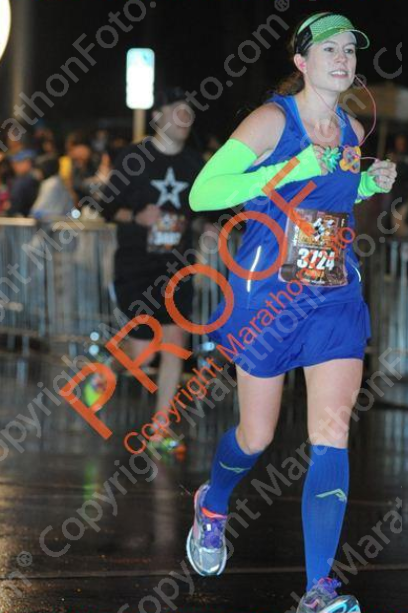 But I was still smiling.

Maybe if I stayed with Cori I could have enjoyed it more but I really just wanted it to be over. 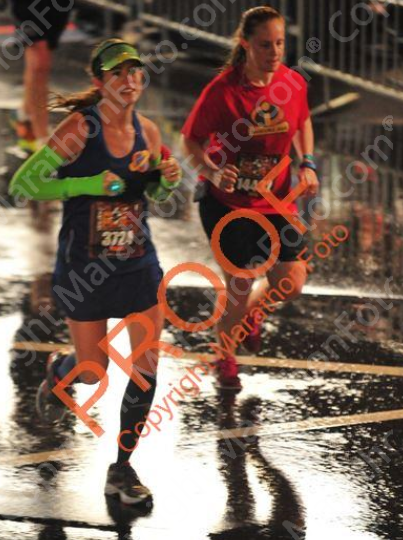 I grabbed my medal and high tailed it to the car. 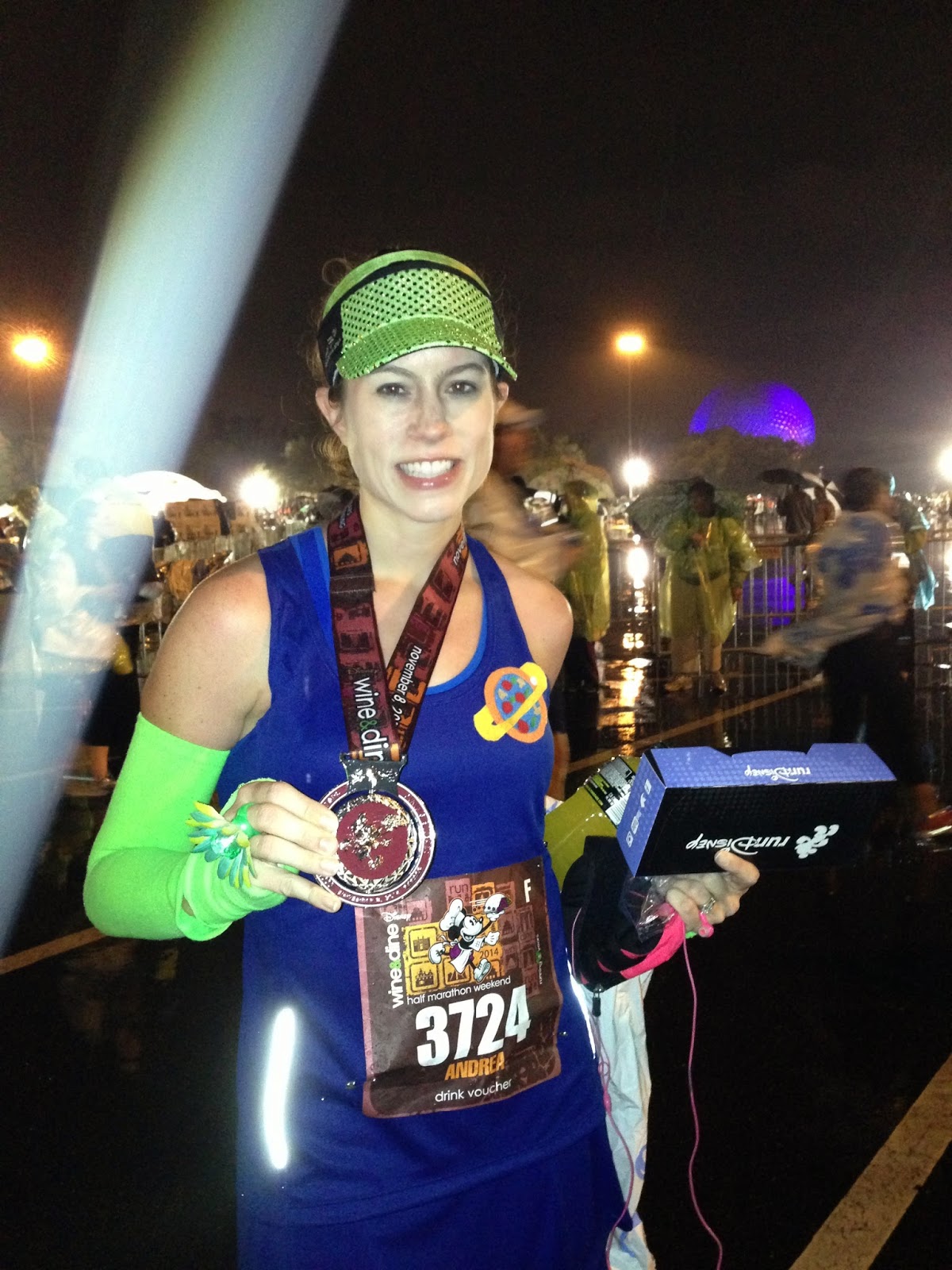 The plan was for me to change while I waited for Cori to finish, then she'd quickly change and we'd head into the after party like we do every year.  So we both changed, I drove up to a closer parking spot, we walked up some and I just couldn't do it.  I was freezing cold, soaking wet, shivering and just not happy.  I couldn't imagine walking around the after party and eating and drinking food would be difficult while holding an umbrella so we decided to just head home without even entering Epcot. 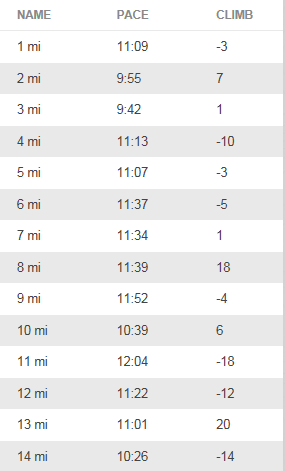 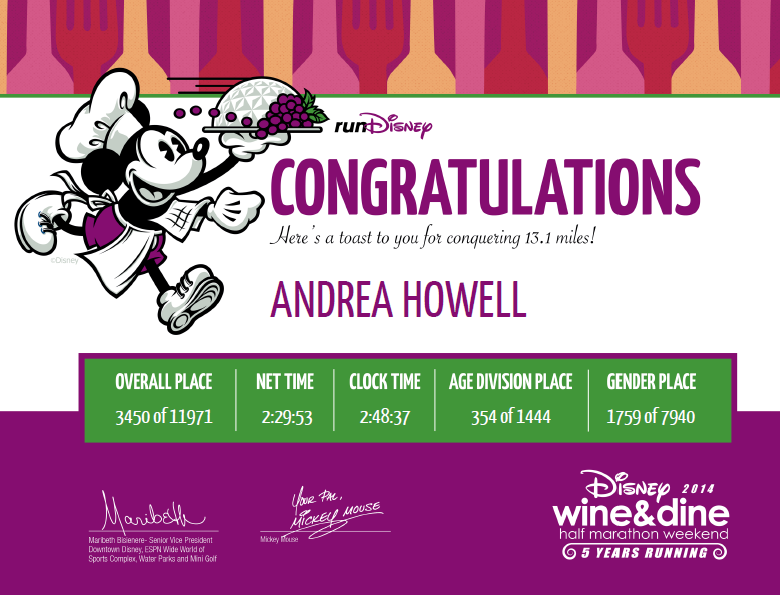 Sad to say, this is the race that I now say was my worst race ever.  The entertainment wasn't up to par because the characters couldn't be out.  And I was just over it from the start.  I know not every race is going to be amazing so I just chalk it up for what it is and look forward to Wine & Dine 2015!
Posted by Andrea at 11:15 PM