I was so looking forward to running the Space Coast Half Marathon.  Since the only other half marathon that I had run by myself wasn't 13.1 miles, this would be my next shot to get a PR.

I got up early on Saturday and headed to the Kennedy Space Center for the expo. 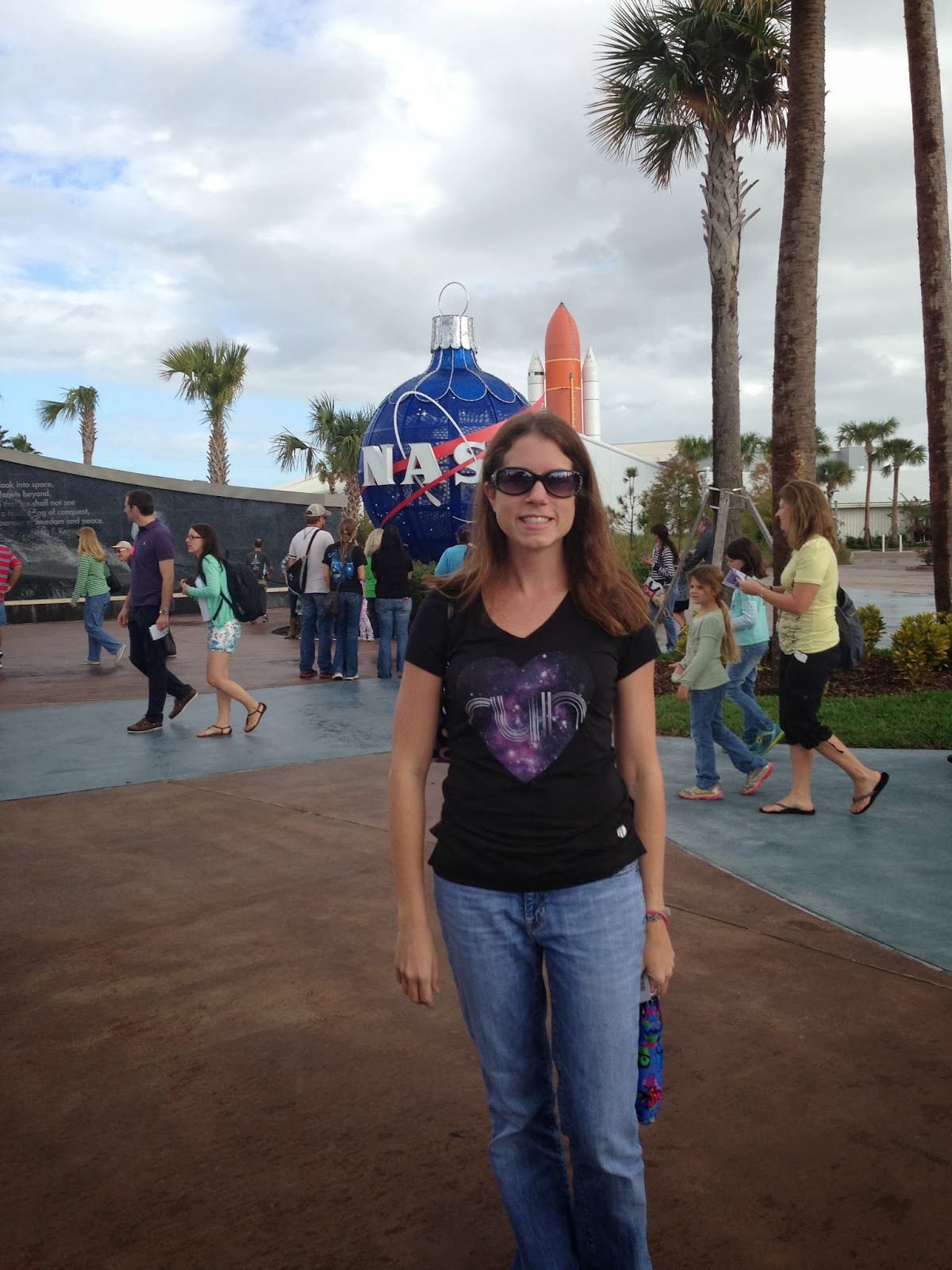 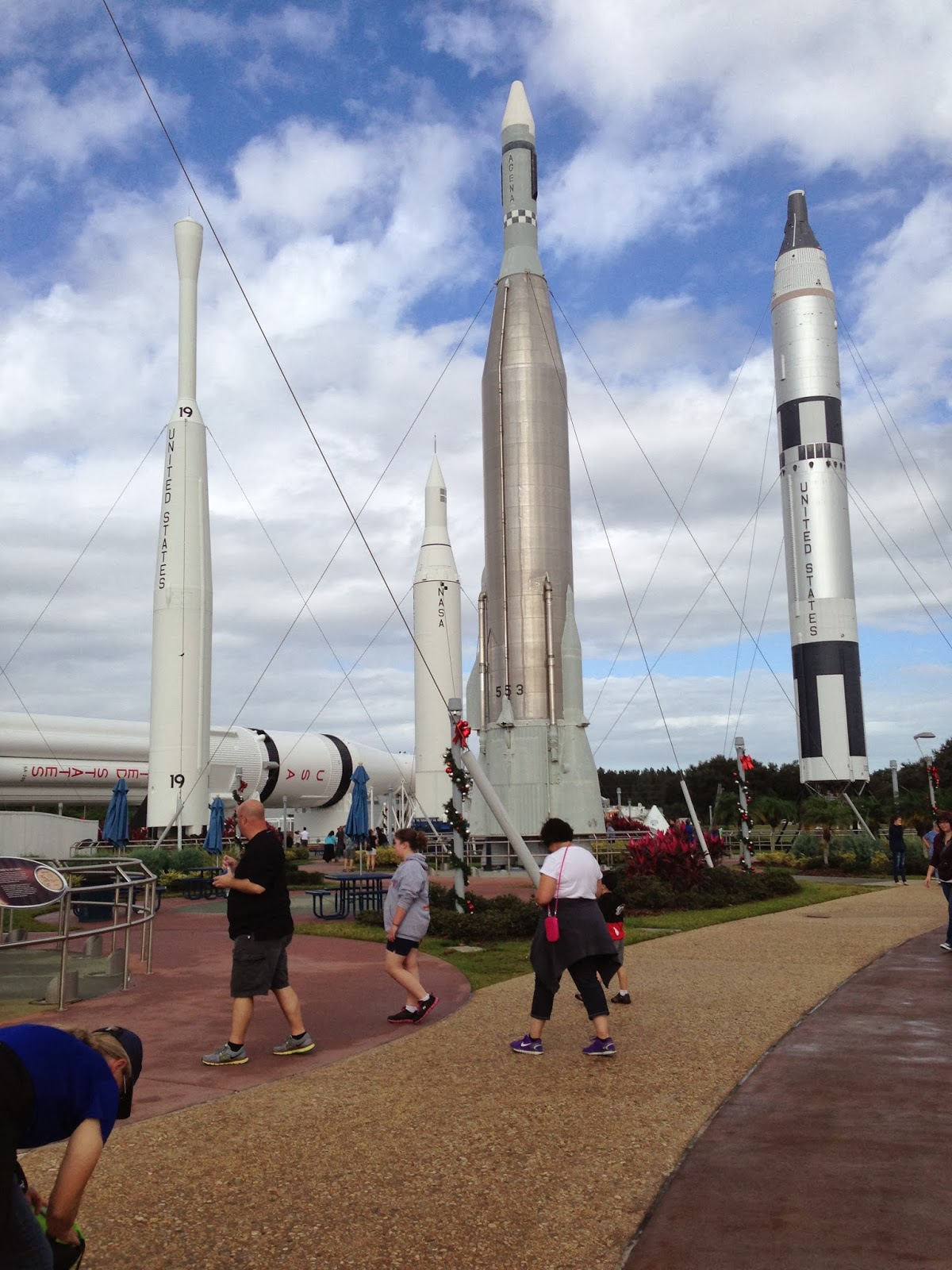 I do have to say that I was a little disappointed by the expo.  Maybe because I'm spoiled by Disney ones.  But I thought that the space was waaay too small and it was way too crowded.  I literally could not walk around without bumping into  people.  And I thought there would be more vendors.  But I picked up my packet and race shirt.  (We totally forgot about the moon pies.  Luckily Ashley (The Pavement Princess) was able to grab some for us! 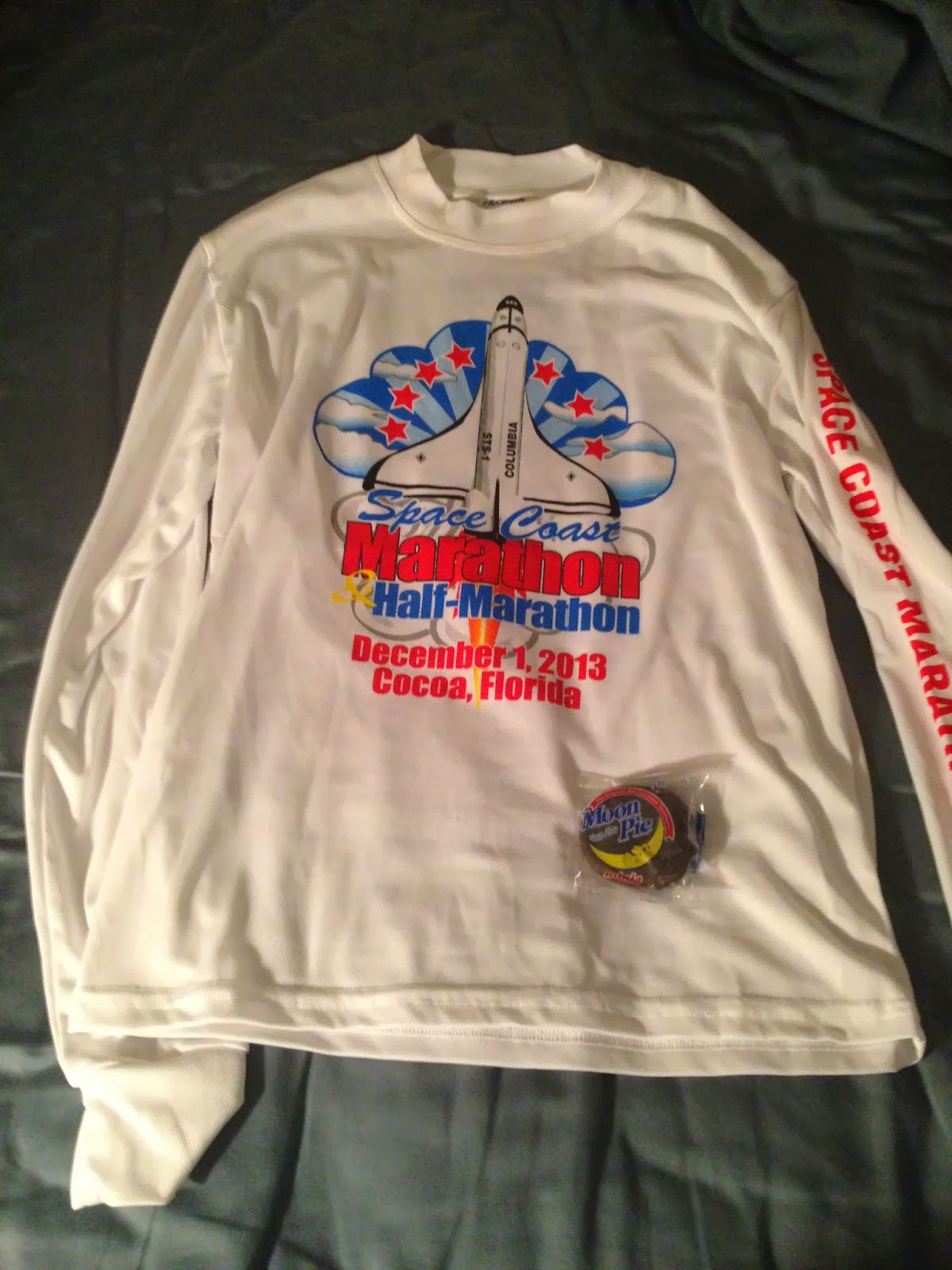 And I bought another shirt that fit better along with my favorite Gu (Salted Caramel) and Gu Chomps (Peach Tea).  I always buy some at expos because for some reason I am afraid that I will forget it on race day. 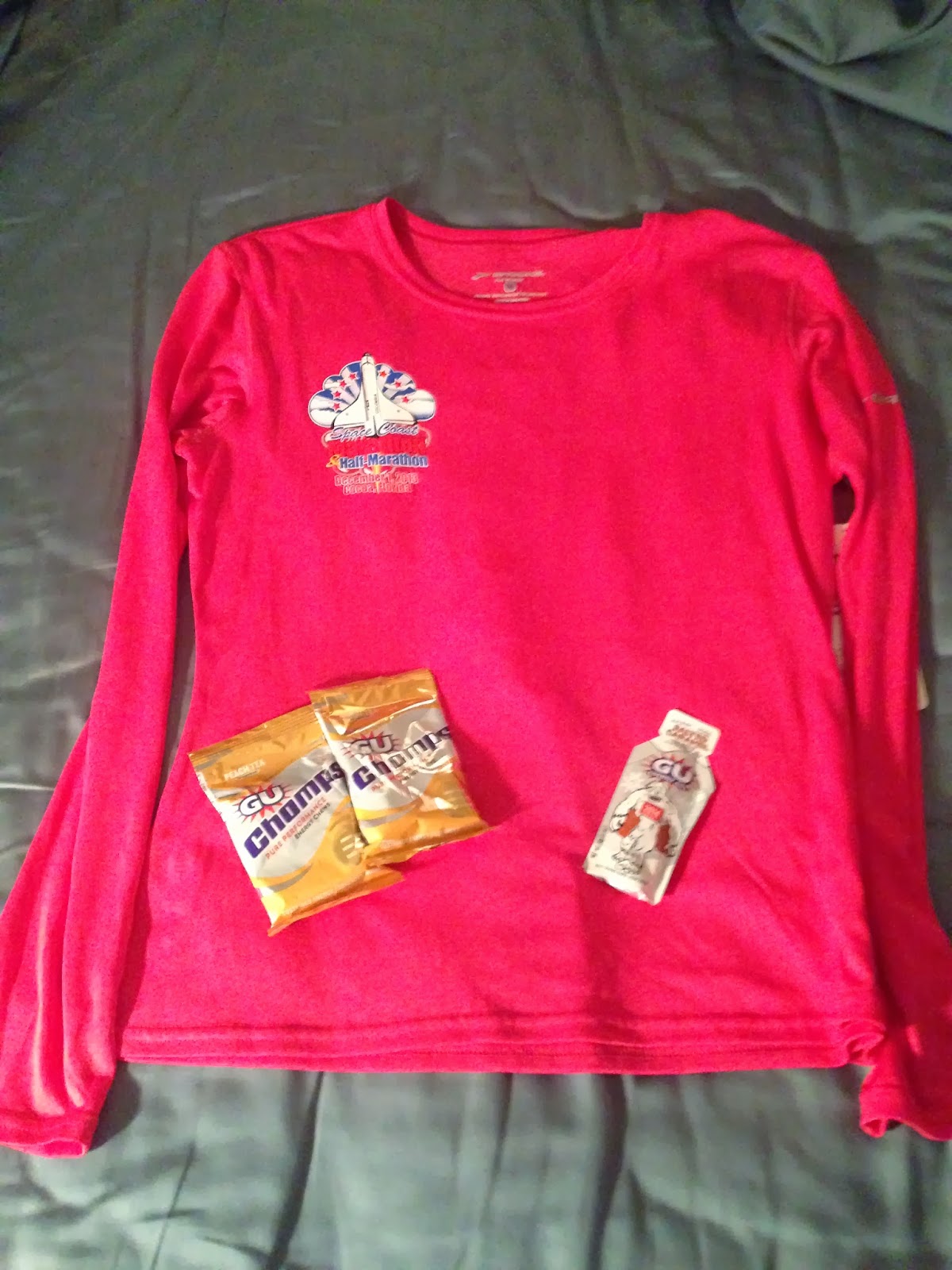 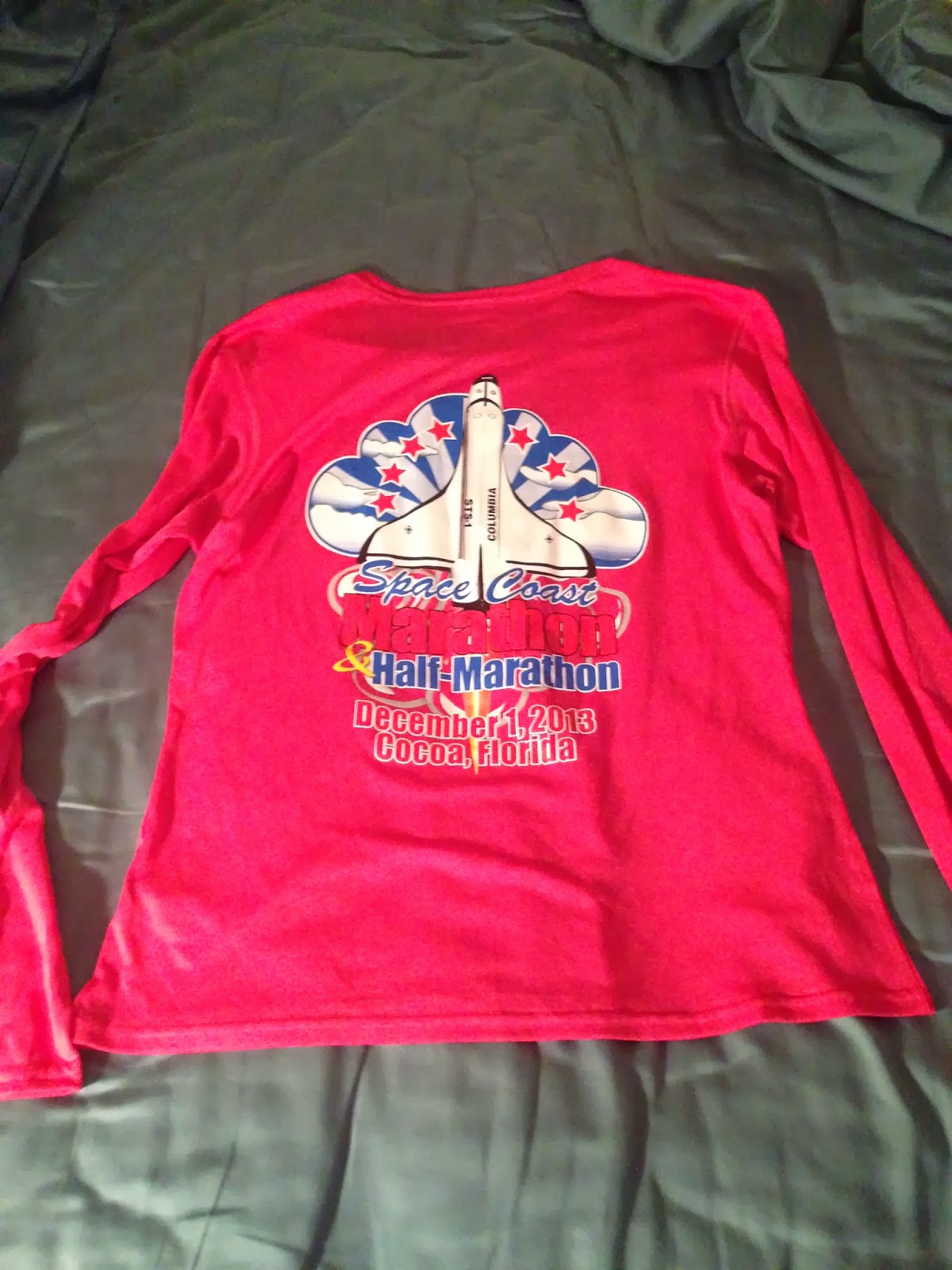 I met Kristin (A Mom on the Run), her hubby and Jenn (Runs With Pugs) on the way out.  They were heading in for a minute and then we were all meeting some of their friends at Norman's Raw Bar & Grill a local bar and Gator Viewing Party location to watch the (sad) Gator Game.

I have been lucky and never had to worry what I eat before runs.  So I had some steamed oysters, bbq wings, fries, and a beer while watching the game.

Then we headed to our hotel--the Best Western Cocoa Inn.  It was a host hotel (although really, it's a motel) and I'm not sure why.  Unfortunately we waited too long to look for our hotel room so this was the only choice.  And while not disgusting, it definitely wasn't a place I'd want to stay.  (Let's just say that Kris had to keep her water running for a while to get it to be clear).  Luckily our room seemed clean enough so I'll keep it at that.


We got our outfits ready for the following day then headed out to figure out where we were going the next morning and then had dinner at Carrabbas.  I had a pasta with a lemon garlic sauce.

Then we headed back to the room and went to bed.  Jenn and I chatted for a while and watched some football.  It was so great to really get to know her!

I was excited for the race! 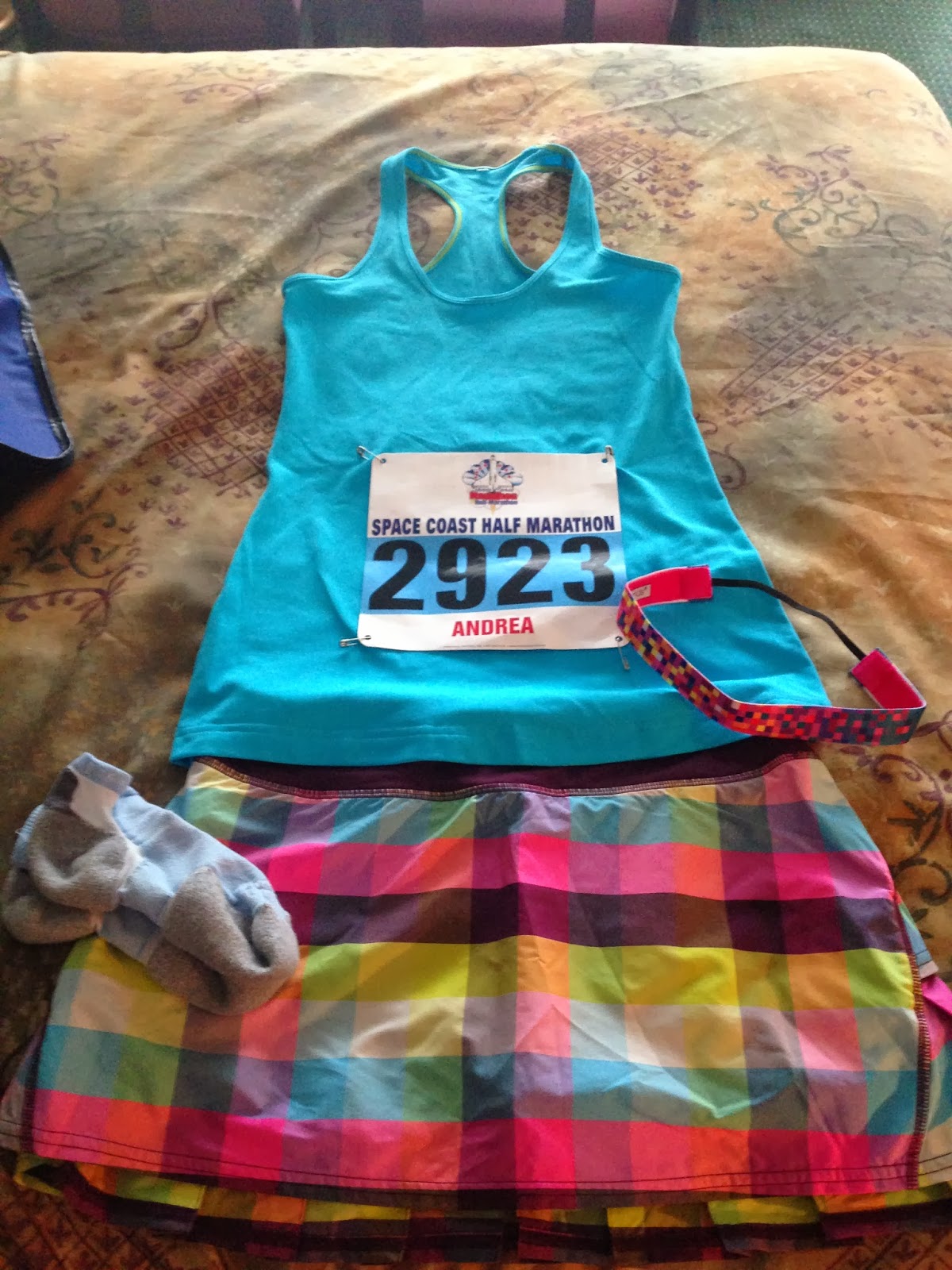 Email ThisBlogThis!Share to TwitterShare to FacebookShare to Pinterest
Labels: half marathon, race