I knew I wanted to run a race on Thanksgiving morning. I read so many people doing it the previous year, so I looked for one up in Jacksonville, where my parents live.  I found the Subaru Distance Classic which had a 6k and a half marathon.  I knew that I had Space Coast Half Marathon the following Sunday, but I didn't decide which Classic race I wanted to run until last minute.  I decided the 6k would be smartest.

I hate a cute Thanksgiving-ish outfit to wear, however I realized a little too late that it was going to be super cold that morning so I bought a cold weather outfit last minute.  (and apparently I forgot to take a picture of the race shirt...oops!) 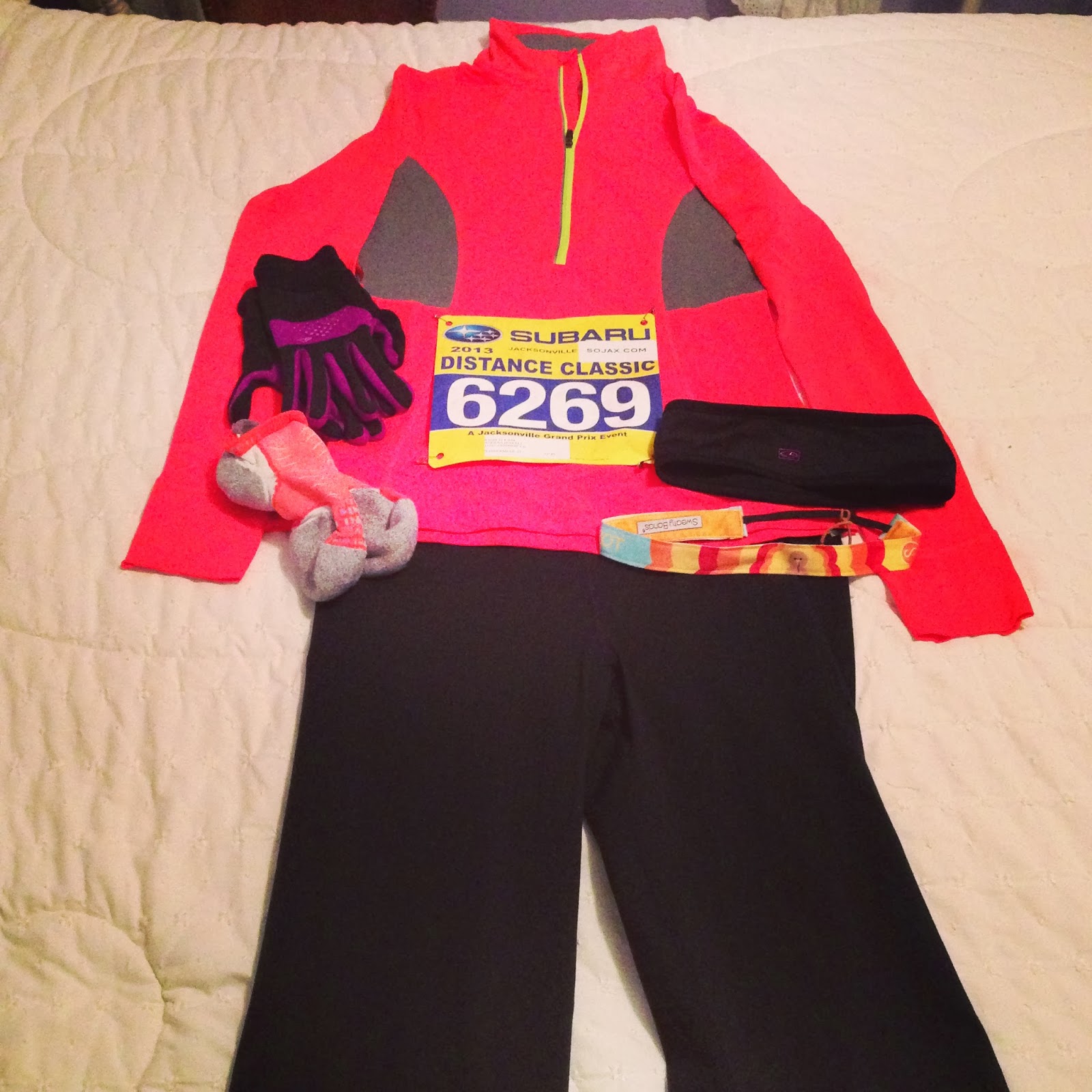 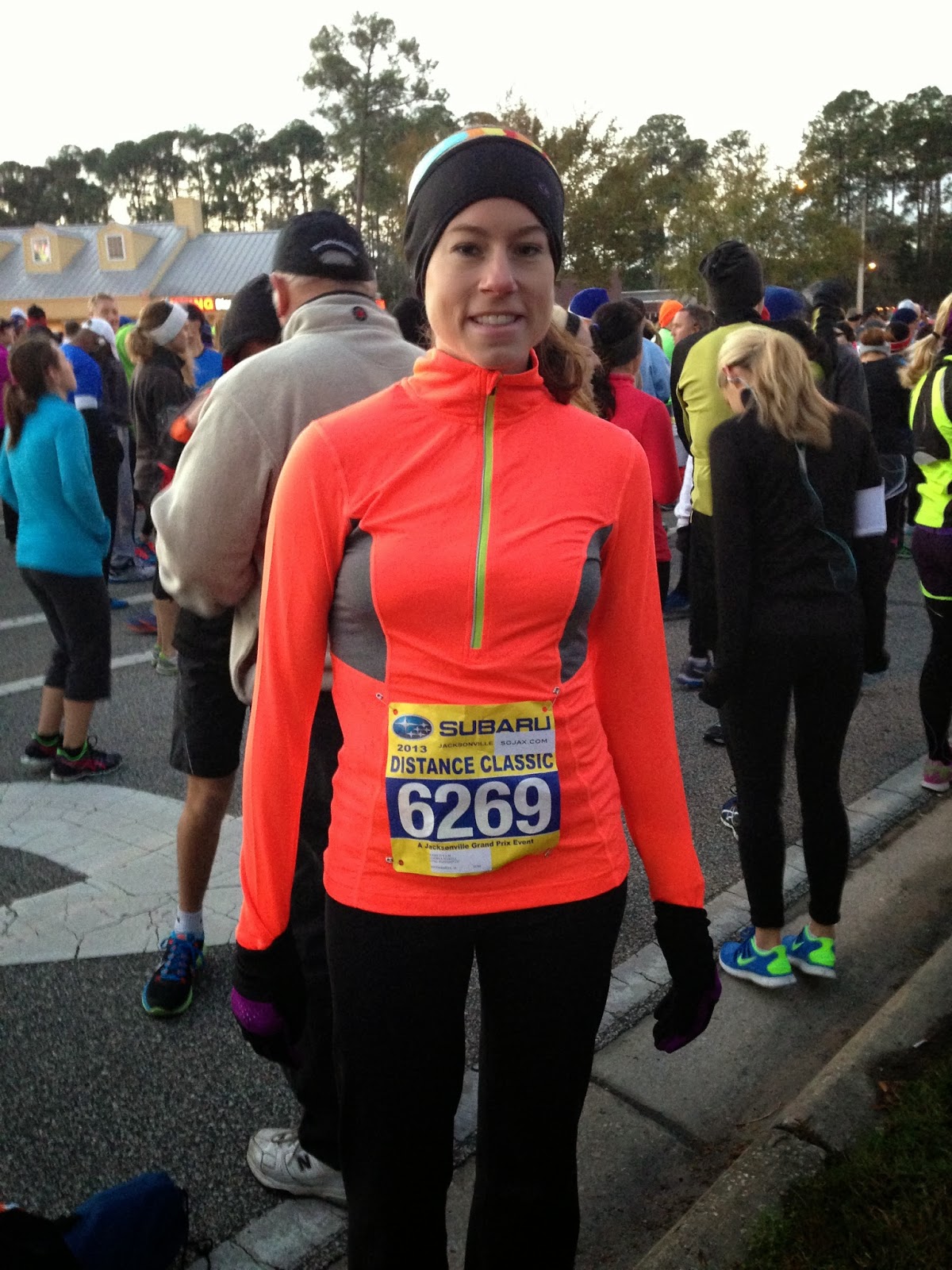 This is my face when they announced that the start was going to be delayed because of last minute registration.  People, it was 34 degrees with a wind chill of 24.  IT WAS FREAKING COLD!!  A lot of people were not happy and talking about how they should have cut registration off.  If people wanted to run, they shouldn't have waited until last minute. 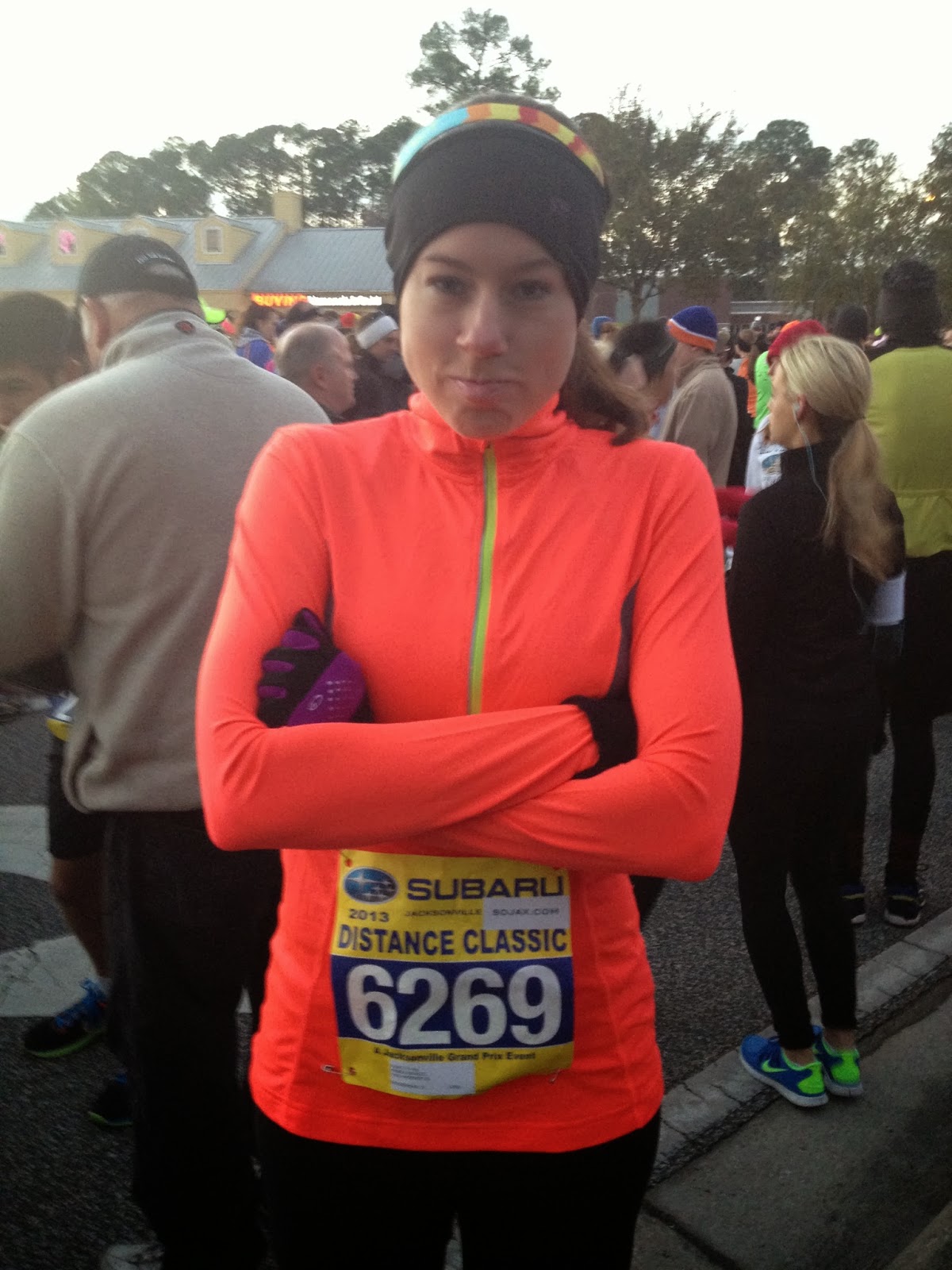 While we were waiting for our delayed start, we were told that we were not allowed to walk over the starting mats--we had to jump over them.  Apparently they had gotten ice on them and it wasn't safe for us to walk over.  Yeah.  No one was prepared for the cold apparently.

Anyways, the race started and we took off.  My original plan was to try to run the whole 6k.  I'd never run father than a 5k before starting my intervals but I figured I could do it.  WRONG!  By mile 1 my knee was killing me.  And I was so mad about that!  The knee pain had finally gone away during my long training runs, but apparently the cold weather brought it back.  Gah.  But endurance-wise, I was feeling good so I did 3:1s instead of my 2:1s.


This is the only photo of me running...not so great 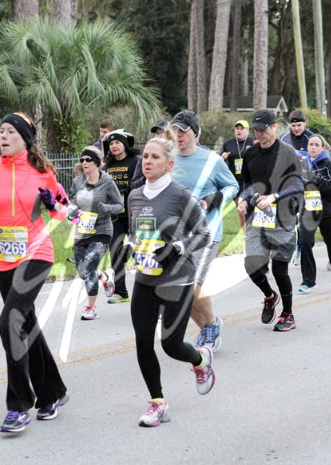 A 6k is supposed to be 3.72ish miles.  My Runkeeper said 3.6.  Who knows.  All I know is that I was expecting to go 3.7ish and then all of a sudden I turned a corner and the finish line was right there!! 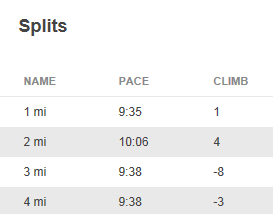 So while I wasn't too happy about the cold (I decided that if I lived up north, I wouldn't be a runner), I was really happy about my time!!
Posted by Andrea at 10:52 PM