Still trying to catch up here!

So I was supposed to run the Best Damn Race Orlando on March 1 and I was so excited since I am ambassador for the race series.

I helped out at packet pickup the night before.  It was fun to be on the other end of things! 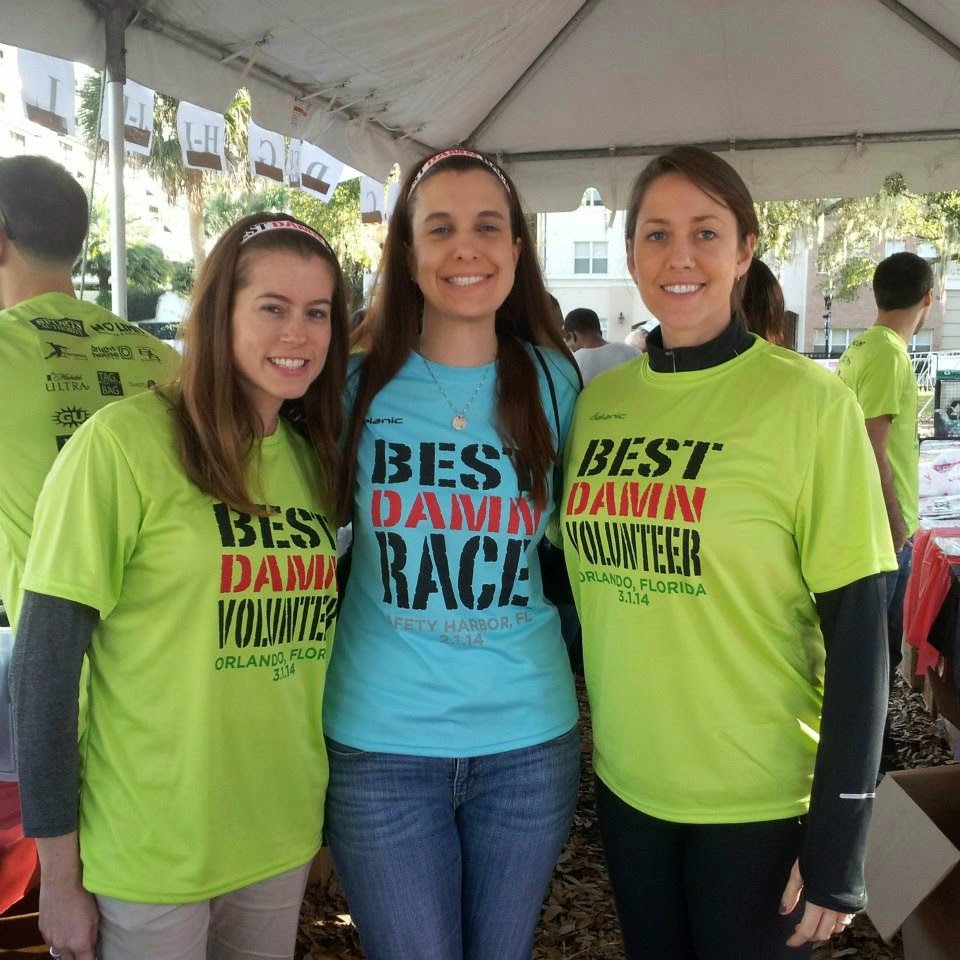 Unfortunately, I was still hurting from Princess weekend.  The doctor said I wasn't supposed to be running and I toyed with dropping down to a 5k but after talking to friends and the race director, I decided it just wasn't worth it.

So I volunteered instead.  This would be my first time volunteering at a race and I helped out at bag check.  I had no idea it would be mentally tough.  Waaah Waah.  I know.  But it was so hard to be helping out knowing that I should be out there running.  I saw so many friends come through to check their bags and saw everyone  having such a great time.  I think it's probably different when you choose to volunteer a race from the beginning, but when you have to do it because of an injury--that  just sucks.

The race looked and sounded like a blast!  I heard so many people get PRs.  And they have a PR bell that you can ring if you do get one!!  Next year I WILL be ringing that bell!  The expo was pretty cool and free beer at the end---I will be looking forward to that part too! And check out this medal!

I can't wait until next year's race to run with this group! 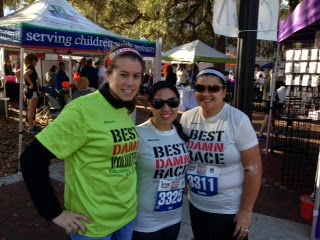 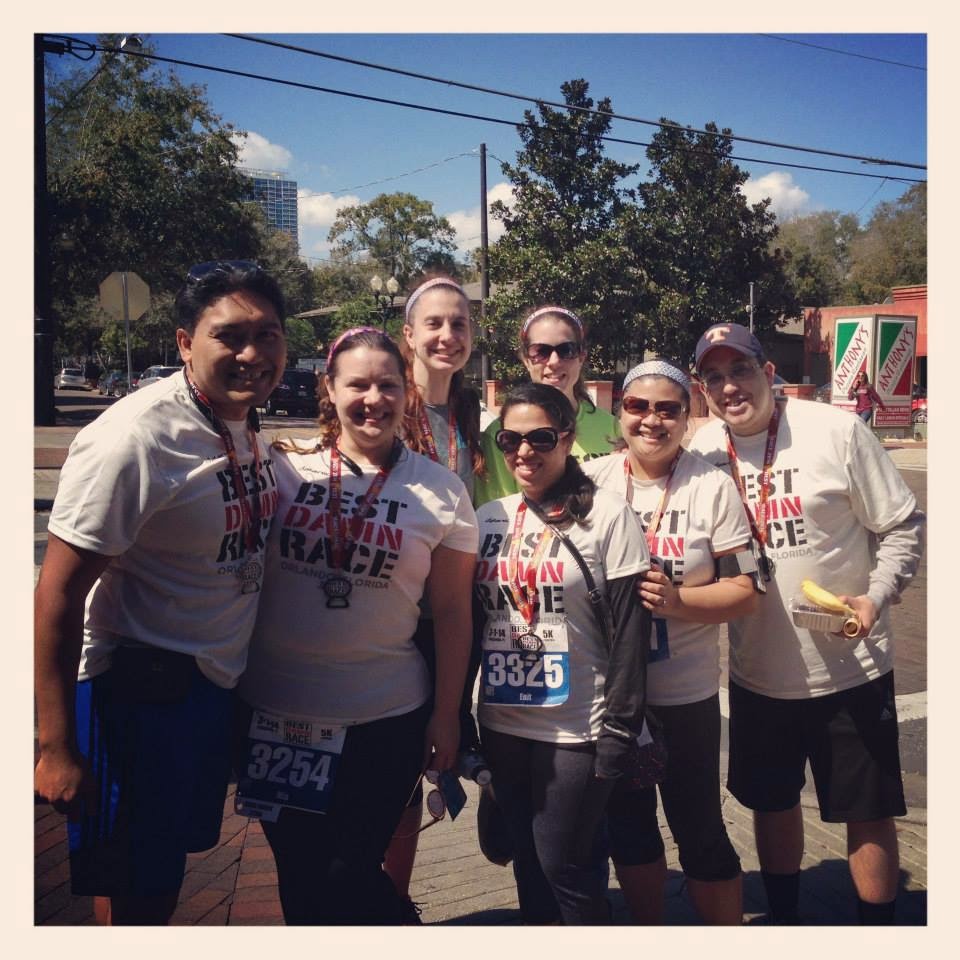 Oh, yeah...if you're interested in running any of the Best Damn Races--Cape Coral, Safety Harbor or Orlando, you can use code AHOWELL to get $5 off any race!!
Posted by Andrea at 9:29 PM