Yes, I know I still need to write up my post about the marathon.  I'm soo close to being caught up.

But this weekend we were busy.

My car is 8 years old and I had been thinking for a while that as soon as we got pregnant, we'd buy a new car--an SUV.  But the house hunting hasn't gone well and I want a house before trying for a family.  Fast forward to a few weeks ago when I've realized that my tires were shot.  And they're quite costly to replace.  I kept going back and forth on whether I should buy the tires or just use that money for a down payment on a new car.  Well then this past week I realize my AC wasn't blowing cold air, only slightly cool air (doesn't sound like a big deal, but when you live in Florida, it is!!)  So I decided it would just be wasting money to fix the AC and buy tires.  And then I realized President's Day was this weekend so there would be good sales.

So the research began.  I narrowed it down to a top 3: 1) Ford Edge, 2) Mazda CX5, 3) Nissan Rogue.  We test drove them in reverse order so that my favorite would be fresh in my mind.  Well, it turns out that the Rogue was my favorite!  After test driving all 3, we drove to another Nissan dealer so I could drive it one more time.

I went home and did research on the cheapest one around town, in the color that I wanted.  The best option was in Lakeland so we drove over there after I got off of work yesterday.  The salesman was really helpful.  I thought I had been so good in estimating what I could afford.  But I got screwed with the trade-in.  They were only going to give me 1500 below what the worst price I had found for my car was going to be.  So then I was stressed that we weren't going to be able to afford it.  Luckily it was the end of the night so I think the finance guy was just ready to be done with us.  I kept saying no to what he was trying to offer and finally straight out told him that if he couldn't make the payment what we wanted then it just wasn't meant to be.  He definitely wasn't happy with it but he got it done.  And I got my car!

(And wow--this post turned out longer than I meant--I was just going to write that I got a car and post a pic!)

Anyways, here's my new ride!! Going from a little tC to a big SUV is scary!!   But I'm getting used to it! 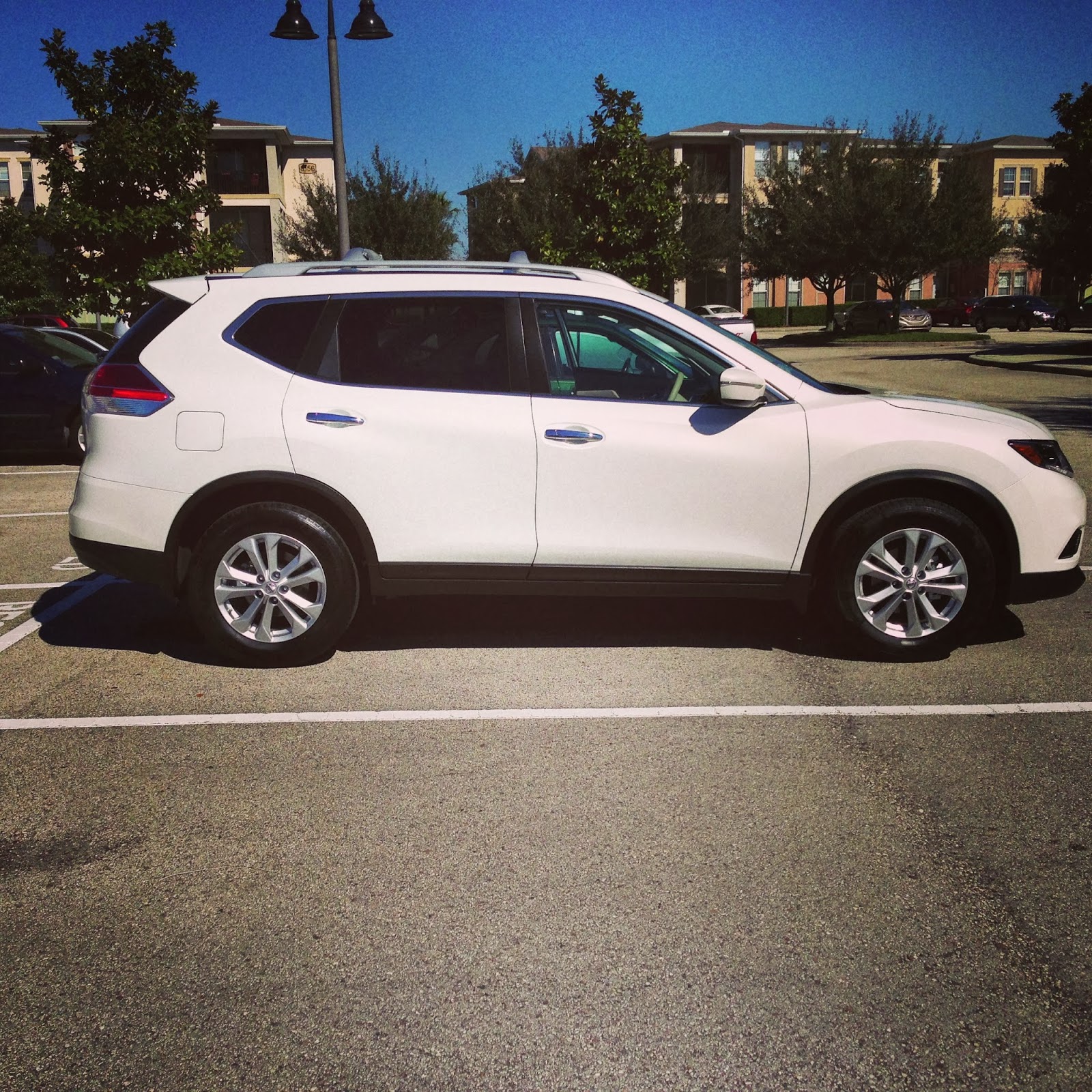