I Was Getting Ready for the Marathon

I'm not sure why I've been dreading writing the marathon recap post.  Maybe because then it means it's really over?  I'm not sure.  But with Princess Weekend looming this weekend, I need to hop on it!

We ended up going to the Expo every day from Wednesday to Friday (and we helped Raw Threads set up the day before!)  So I was a little Expo'd out.

I was worried that the first day was going to be packed with all the Dopey runners but it wasn't.  I think maybe it was because of all the snow storms happening. 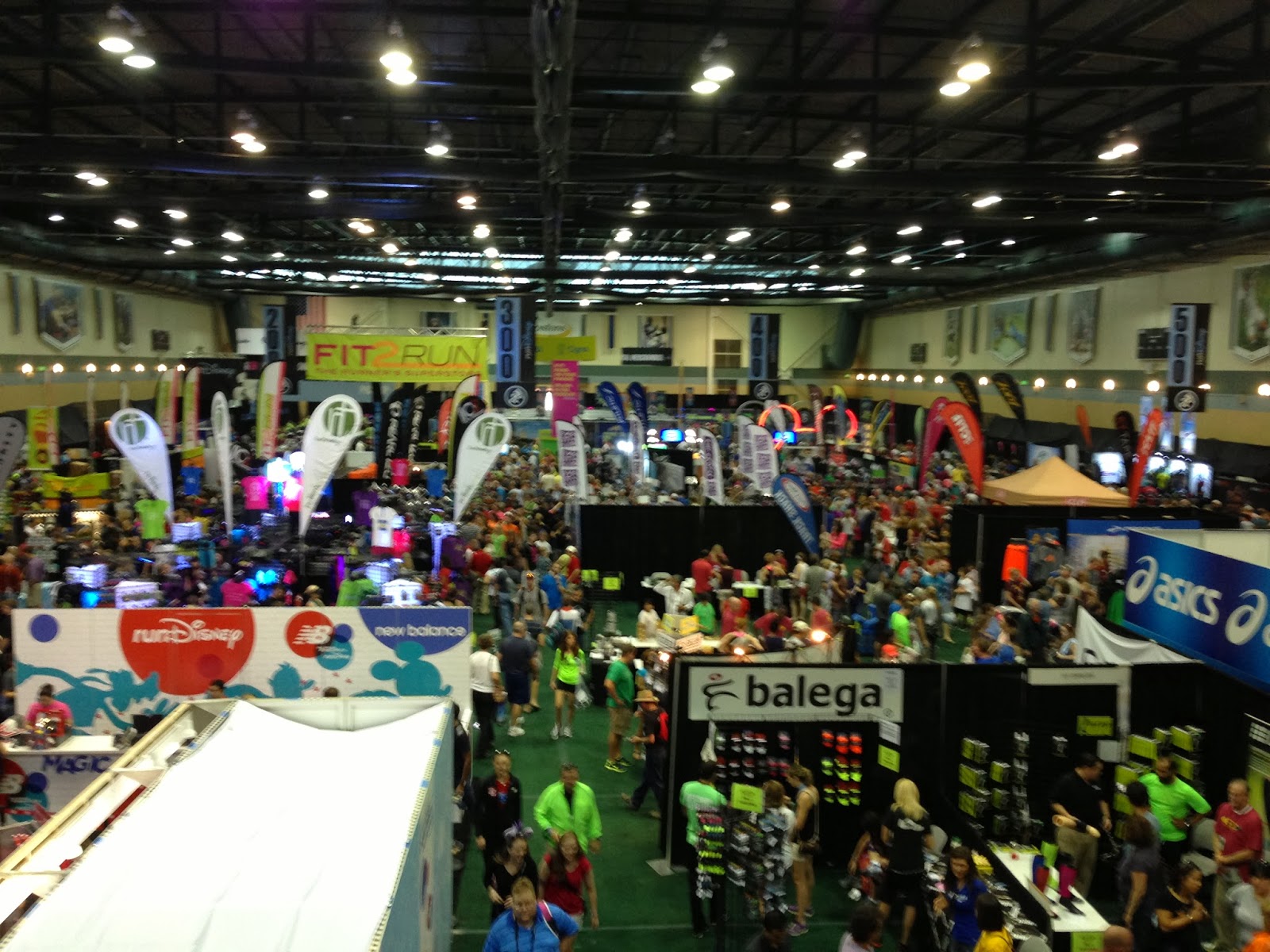 We got lots of goodies as usual!

I had to buy the Dooney & Burke purses.  I absolutely LOVED the design this year!  I couldn't decide if I should get the big purse to celebrate my big accomplishment or the wristlet, which I would use more.  So I got both!  (thank you cast member discount!) 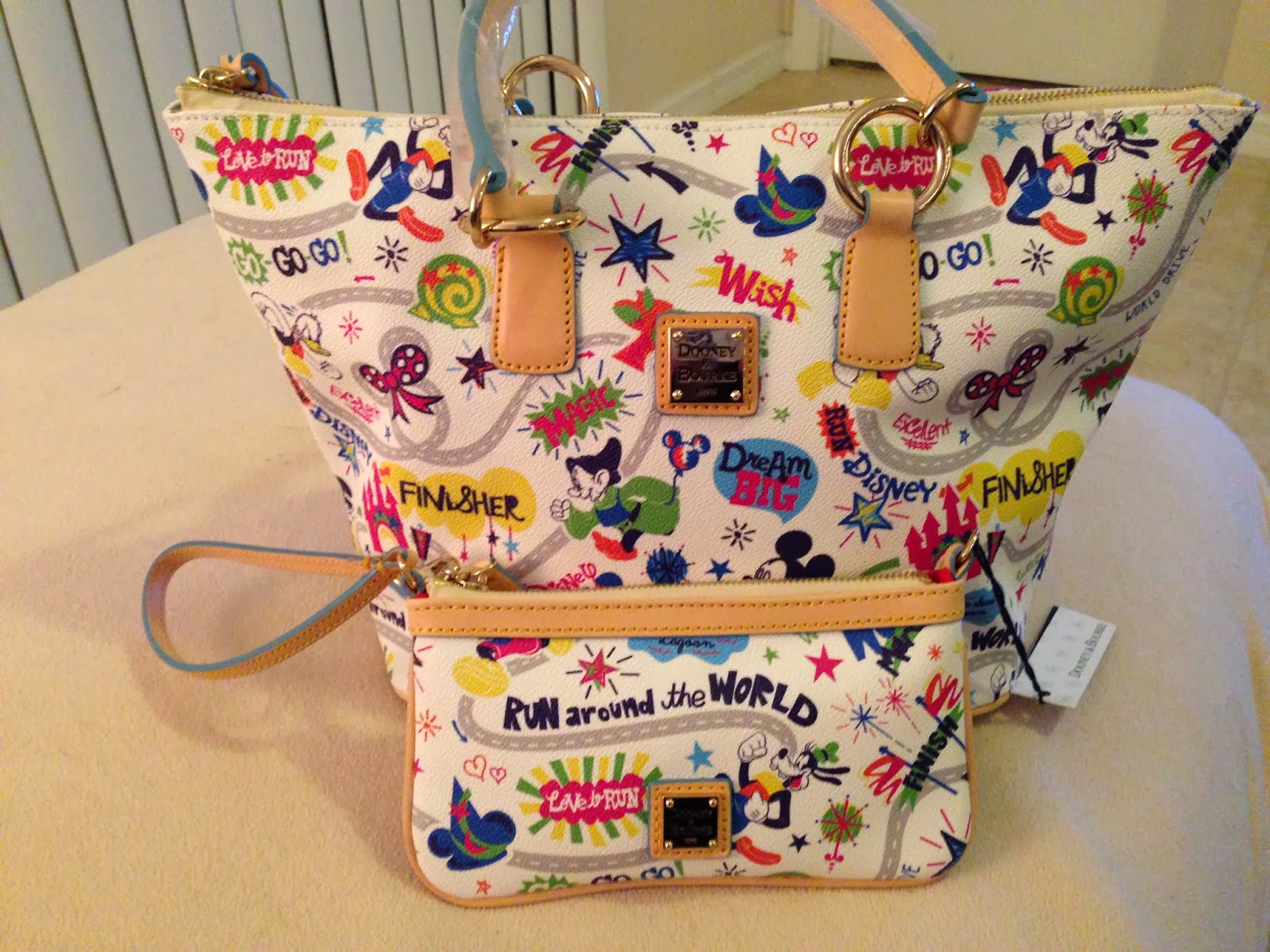 At the runDisney merchandise tent, I got 2 Sweatybands and the necklace. 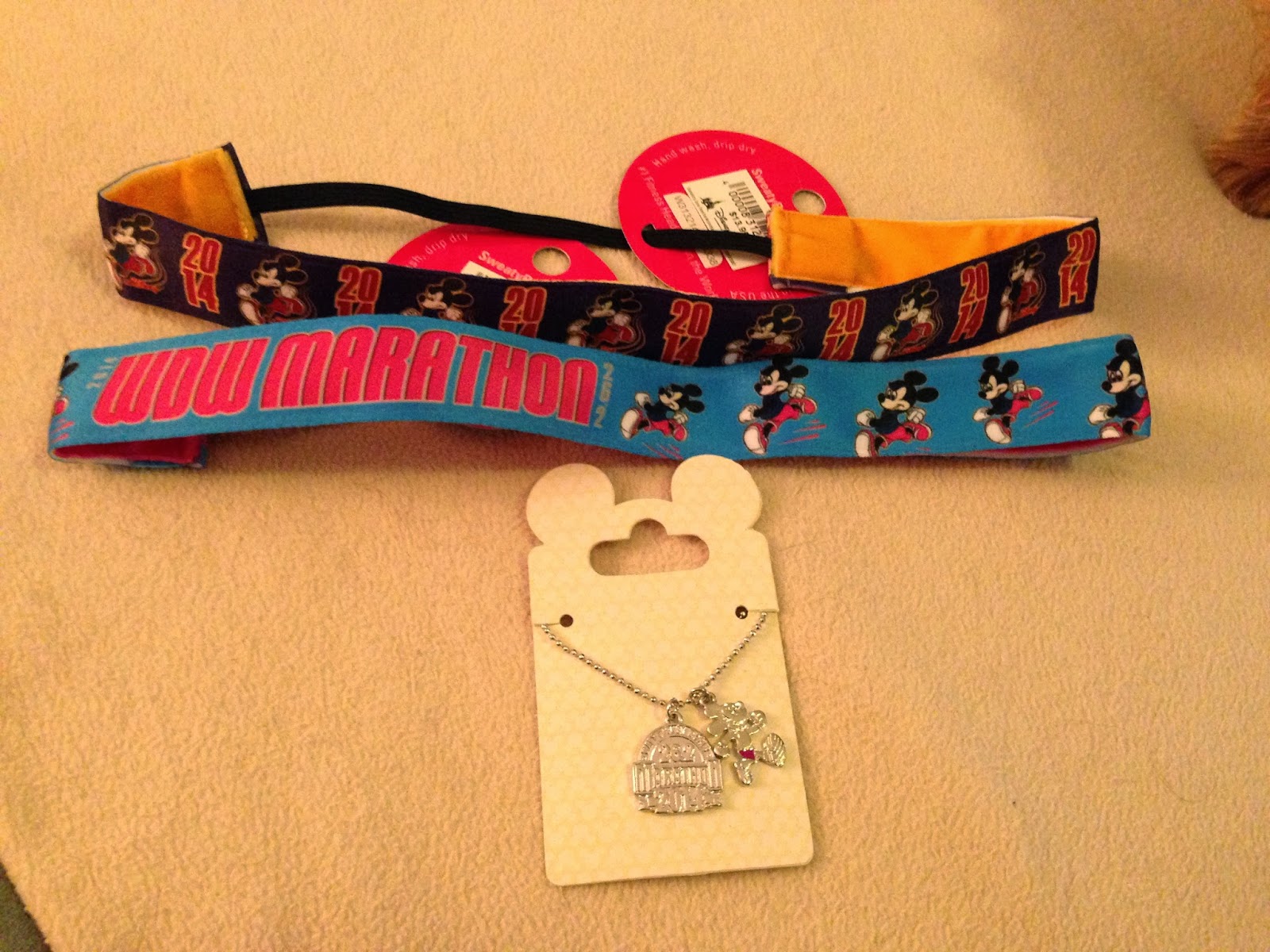 I actually ended up returning that bottom one and getting this one below. 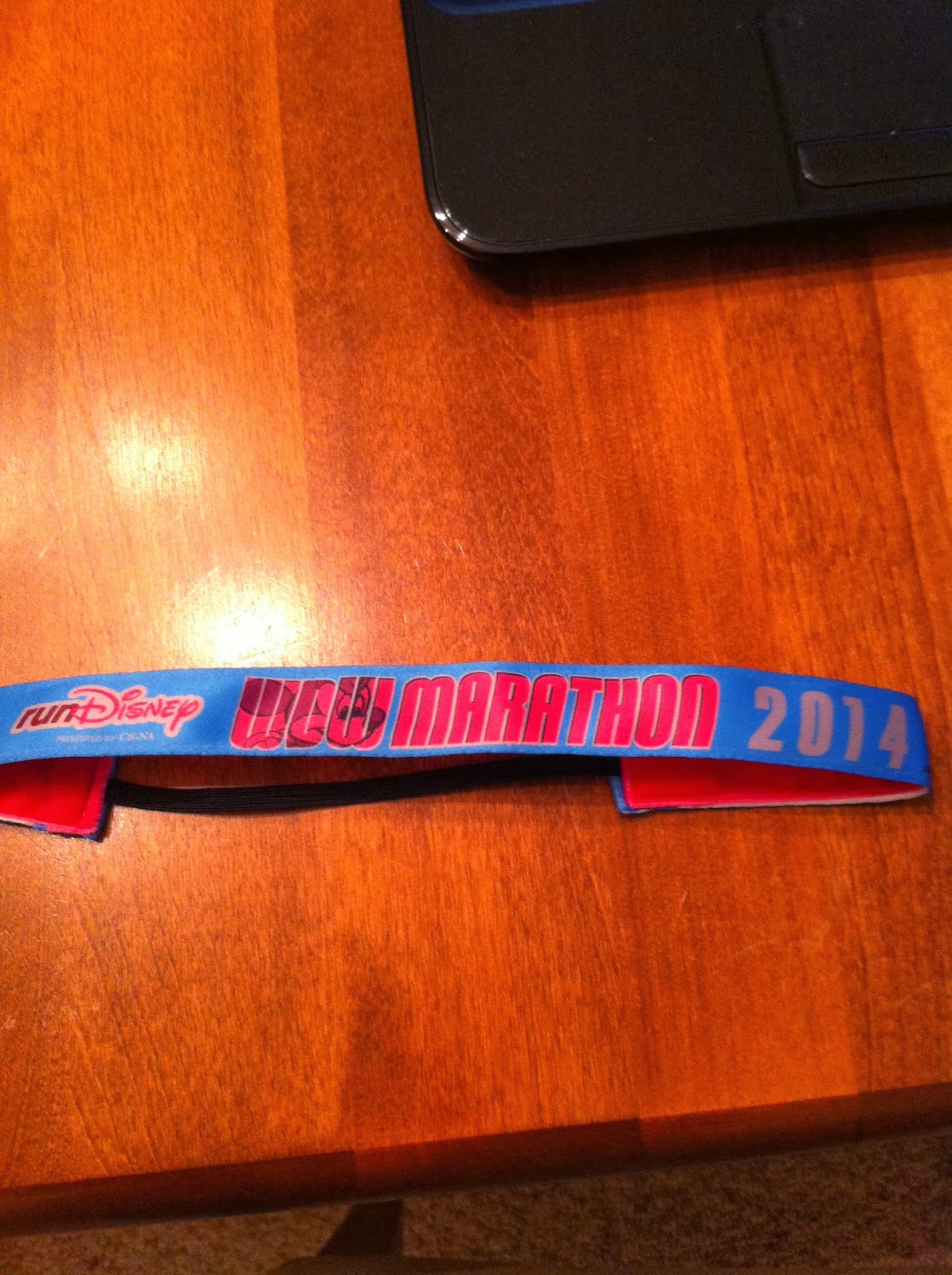 We also got the I Did It! shirt like normal and another shirt along with the magnet. 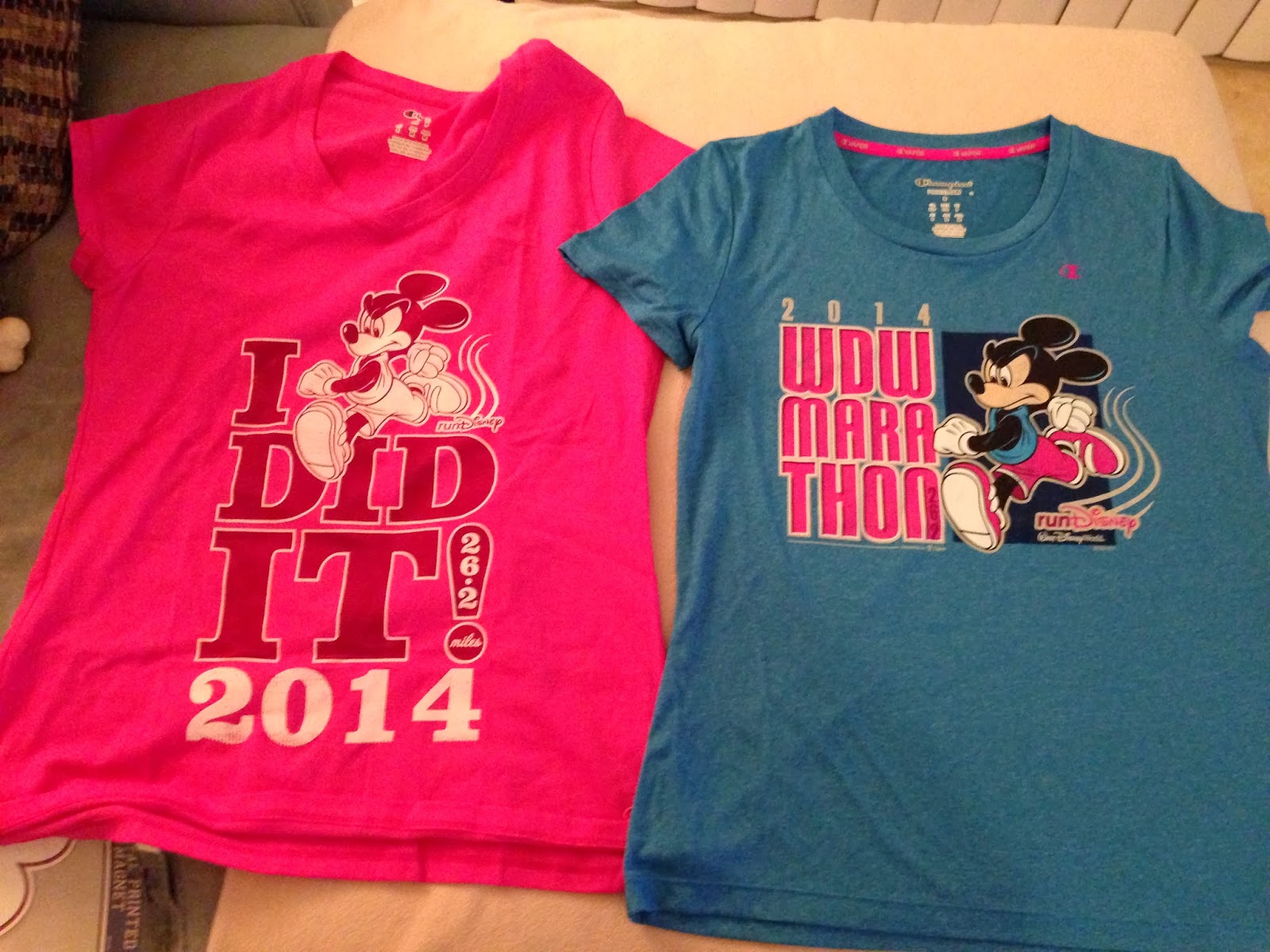 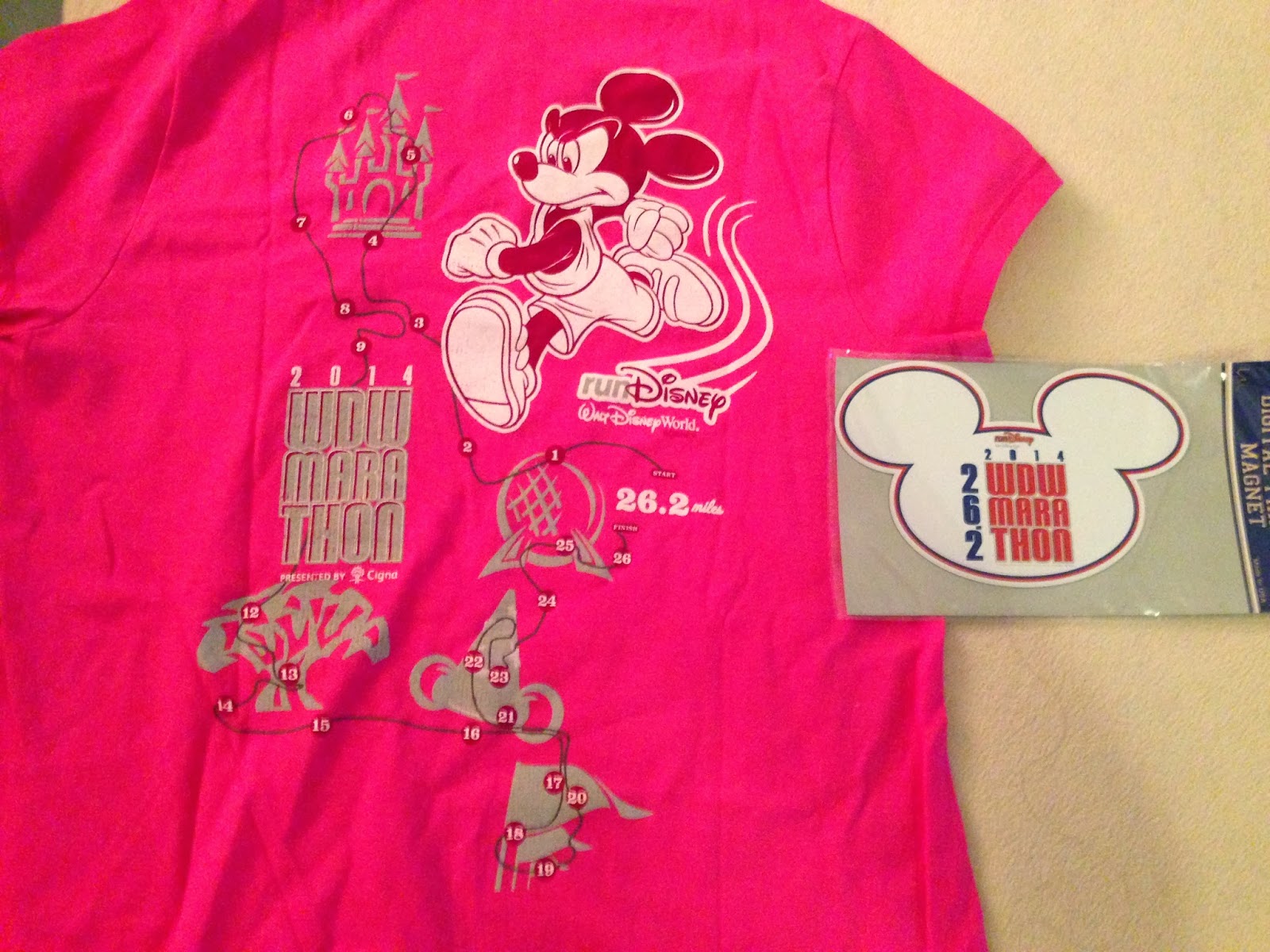 Over the course of the next few days we were lucky enough to get the New Balance Cinderella shoes!  They're so cute!  As was the seating for when you were trying them on. 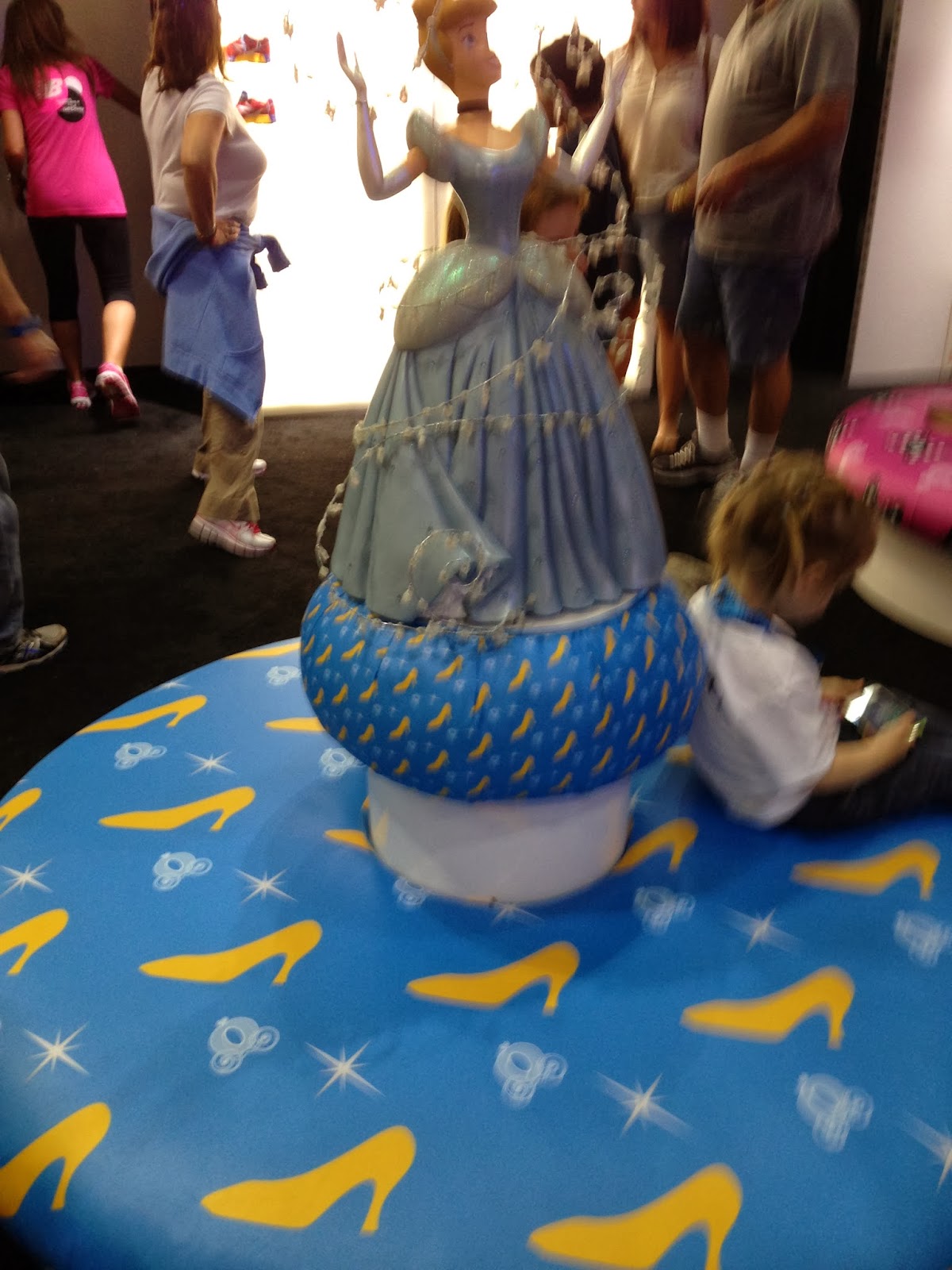 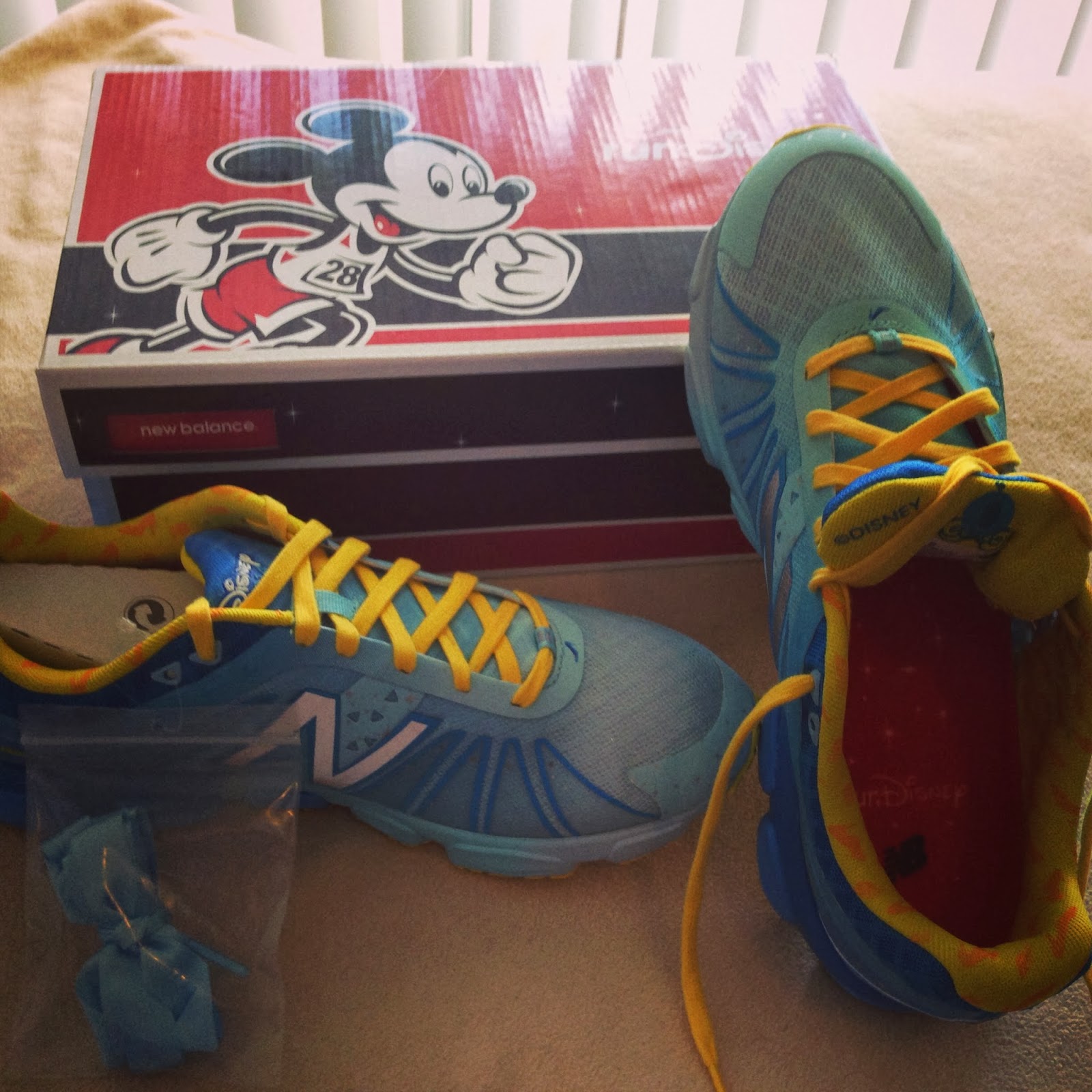 On Friday, I got this cute Asics tee. 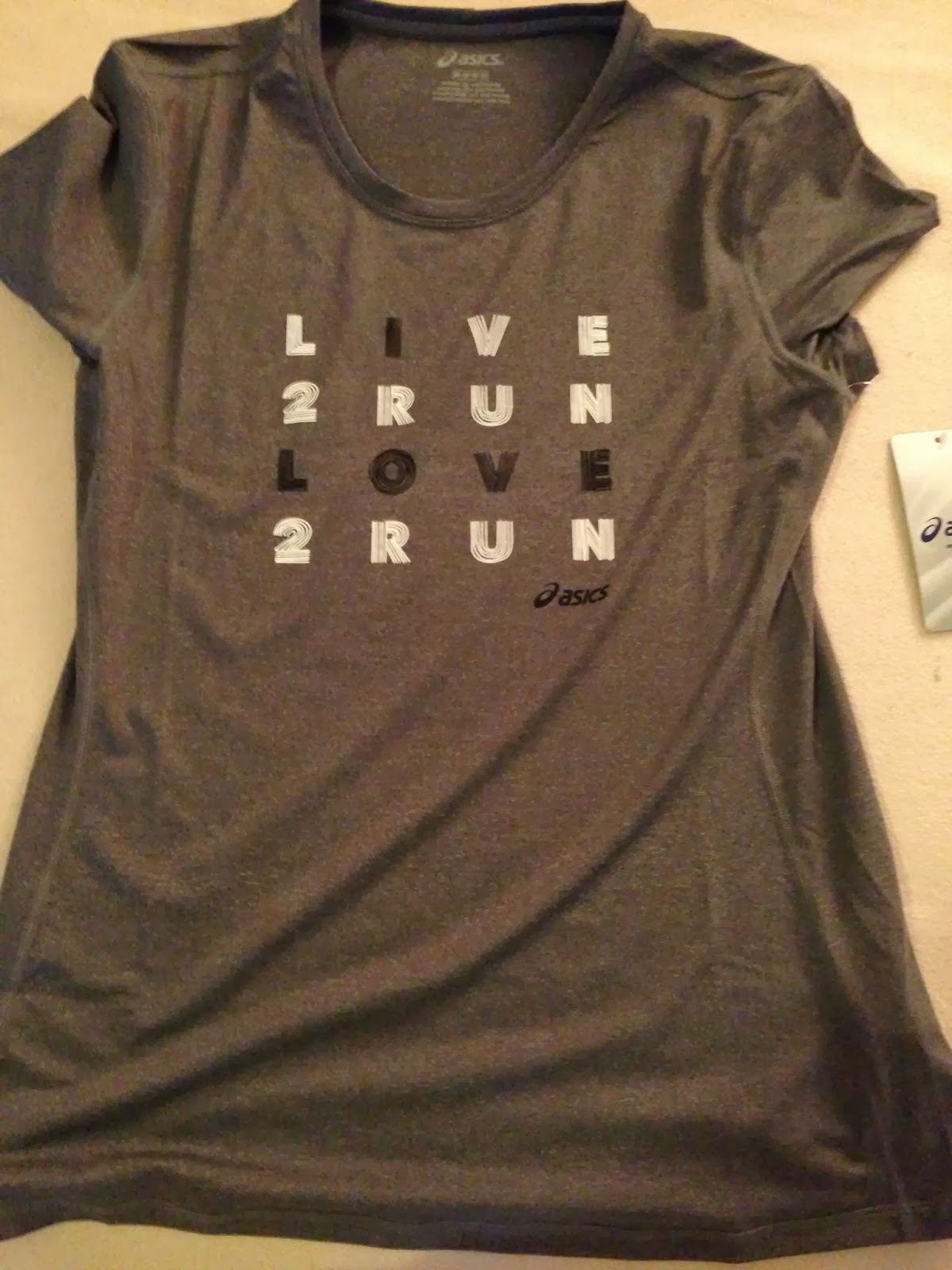 For the race shirts, this year they were gender specific--yay!  I was so excited and I thought it was so cute! 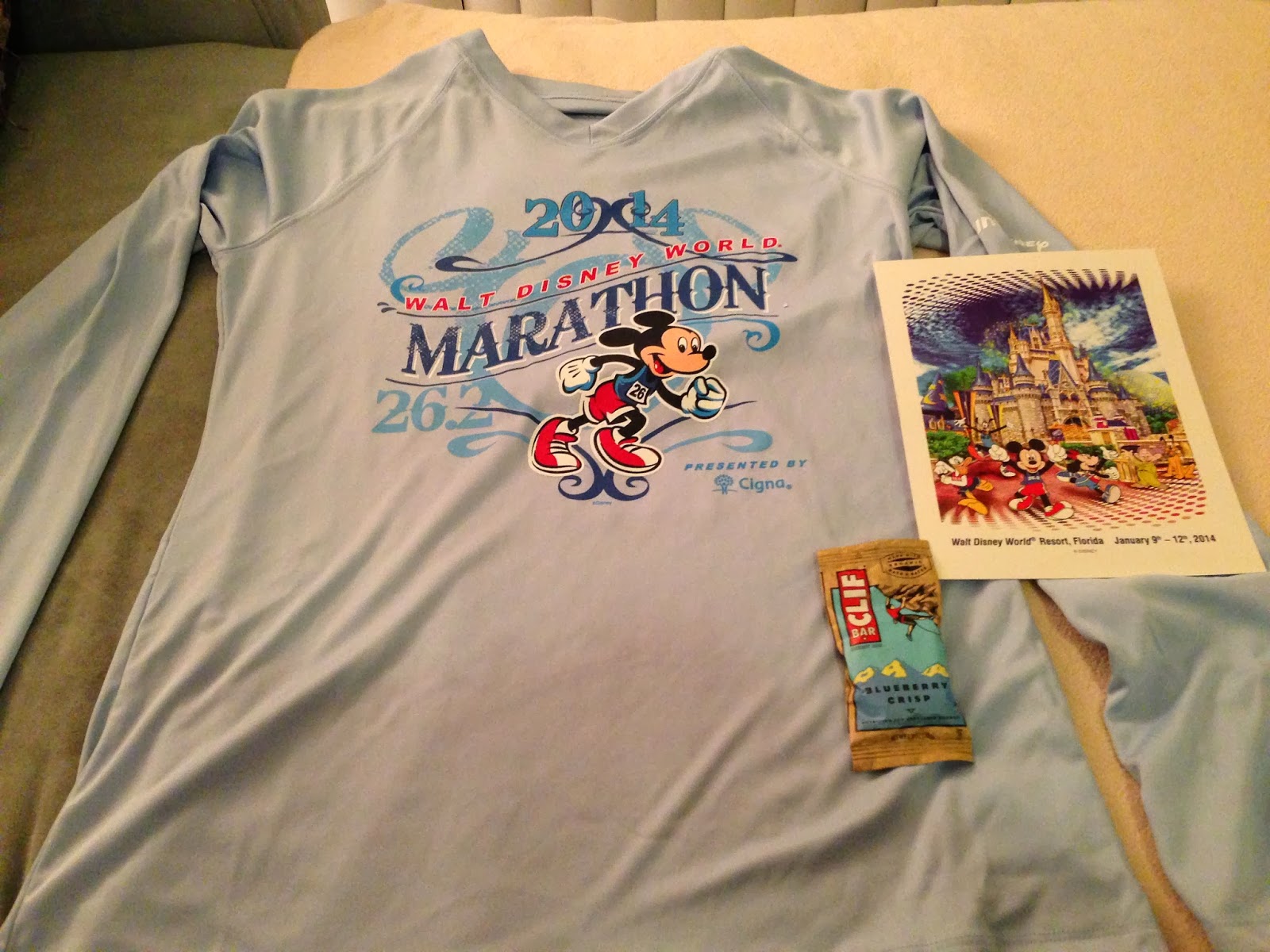 I also met up with some Twitter and Facebook friends.  On Friday night we met up at the Grand Floridian.  Then Kory and I headed to Olive Garden for dinner to carb load.  I've never carb loaded before and I've read reports saying you should do the night before and different reports saying you should do 2 nights before.  I knew I didn't want to run on a stomach full of pasta so I opted for 2 nights before.  And I'm thinking it worked well! 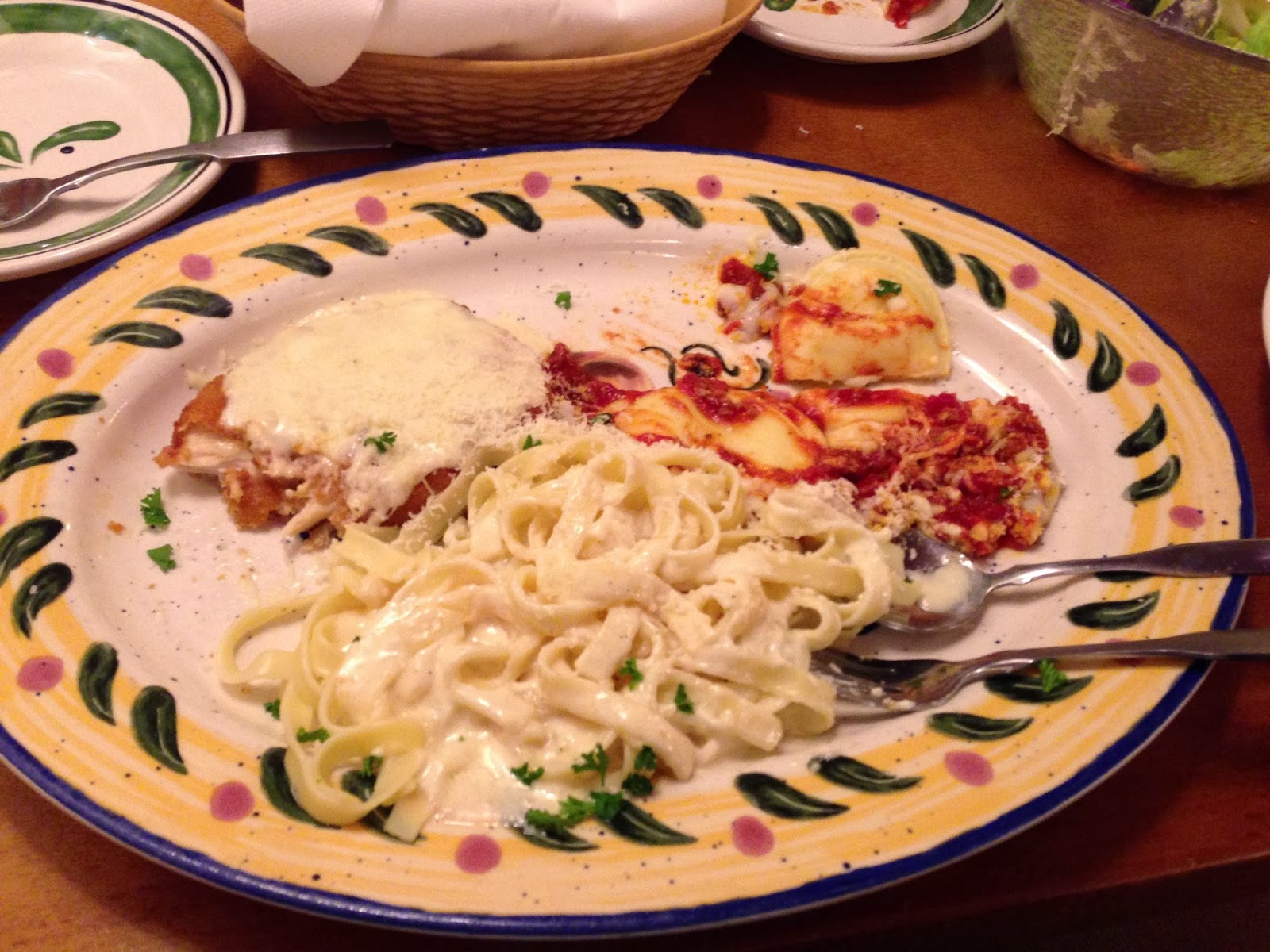 On Saturday, Cori and I got up and headed to the Sparkle Skirts warehouse to check out their sale and try on their skirts.  I ended up getting the Rapunzel skirt for the Princess Half.

Then that afternoon I met up with several other friends at Via Napoli for some more carbs. I had the white pizza and it was so good!  And the conversation was even better! 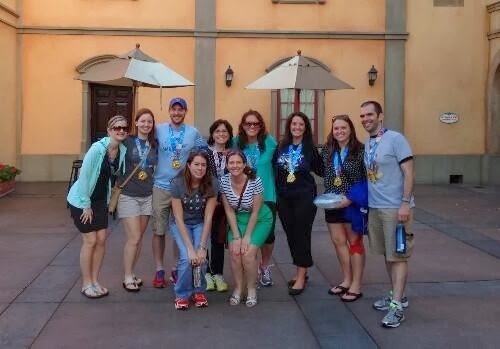 (Karen, Devin & Justin, Cyanne,  Crystal, Sasha, Kristin, Leigh and more!)
I headed home for a couple of hours and made sure I had everything ready for the next day.

I was sure I was going to forget something.  I was going for Aurora and had a cuter pink shirt with white around the top that was perfect, but I did a trial run in it and it bugged me so I wore an older pink shirt.  I liked the way it turned out. 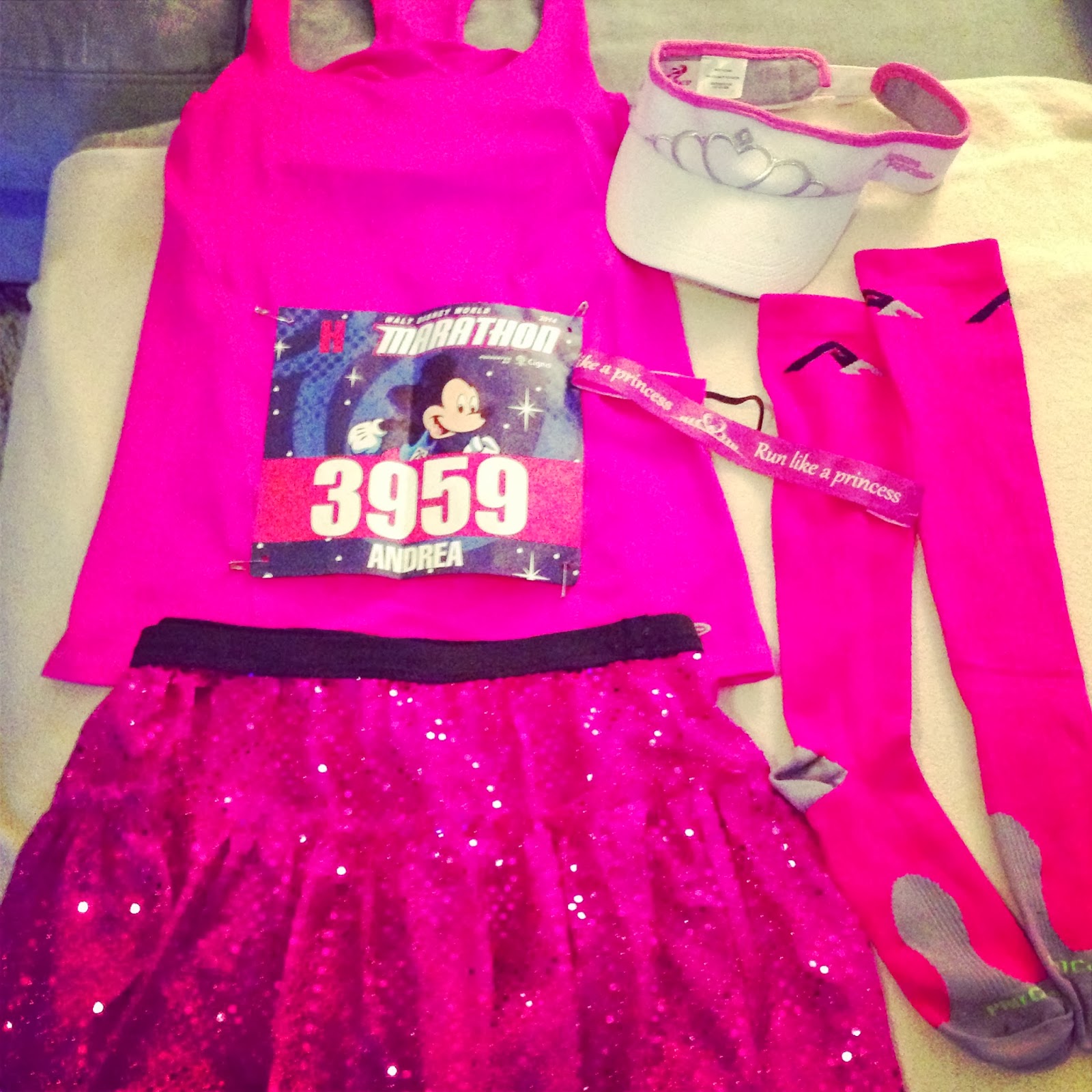 Then I met my parents, who were in town to watch the race, at the Ale House so I could have my semi-new pre-long run tradition dinner of chicken and baked potato.
I headed home early so I could try to get in bed at a reasonable time but I'm not sure it worked.  I was so nervous.  I had no idea how far I was going to get before my injury acted up.  But I was ready to go.  The alarm was set for 3am!
Posted by Andrea at 10:11 PM

Email ThisBlogThis!Share to TwitterShare to FacebookShare to Pinterest
Labels: Disney, marathon, Ready for the Race