I can't believe the Chicago Marathon is over!  It was rough and I'm still hurting.  Pretty worried about Marine Corps Marathon in a week and a half.  It seemed like a good idea at the time!

Dad and I tried out High Tide Harry's.  It had yummy seafood.

Beth and Paul were in town so we met up at the ESPN Club for dinner.

It was time to fly to Chicago!  Faith and I took a trip on United up there. 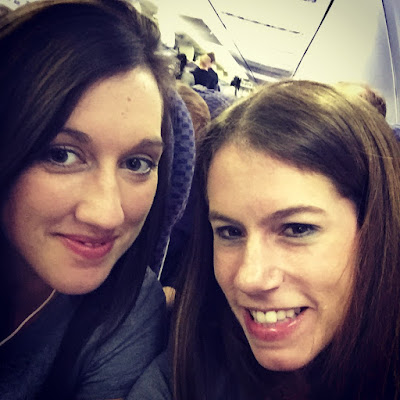 The airport was pretty neat.  They even had this huge sign of runners in front that's up all year long. 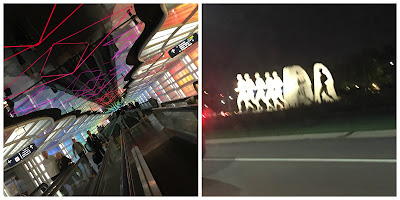 We ate dinner at Portillo's.  I had to try the Chicago dog--mustard, relish, onions, a full slice of pickle on a poppy seed bun (I kept the peppers and tomatoes off).  It and the cheese fries were delish! 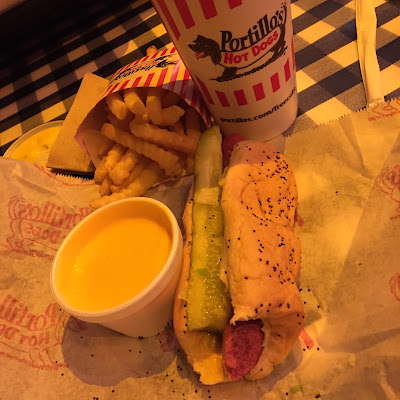 Then we headed to Faith's friend Stephanie's house (where we were staying for the weekend).

We got up and headed to the Bank of America Chicago Marathon Expo!!  We met up with Olivia and Jeff at the end. 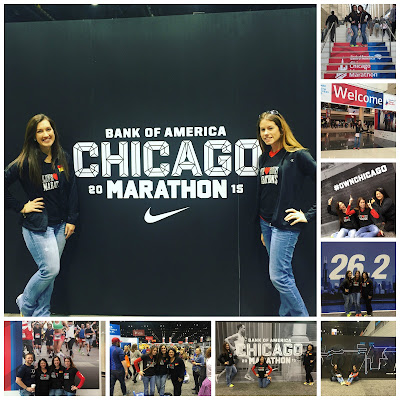 We picked up our race bib and shirt. 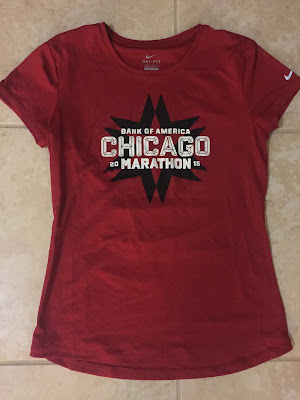 I did lots of shopping! 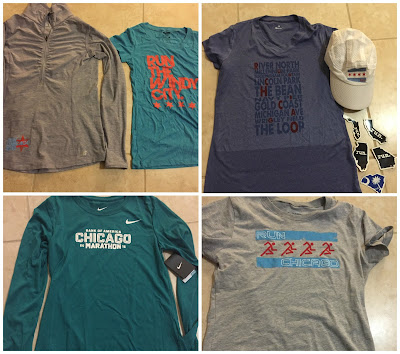 This is a pic of Faith's shoe, but I have a pair coming to me for Christmas! 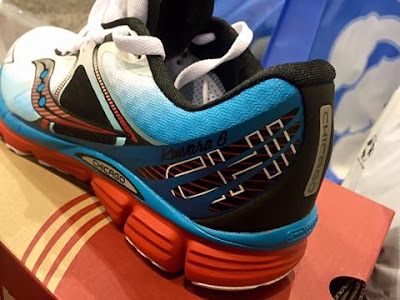 Then we met up with Stephanie, her boyfriend James and her roommate and walked around Millennium Park some and saw the Bean. 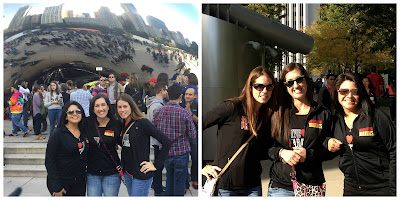 We went to Berghoff Bar where I had a pretzel literally the size of my head! 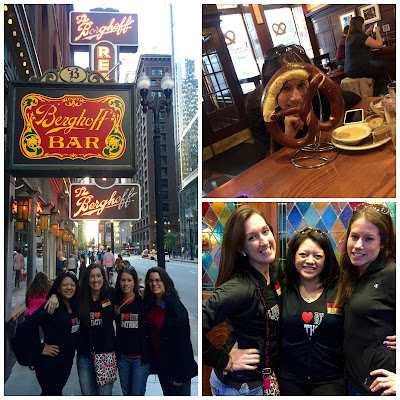 We headed back home to rest up for the race the next day. 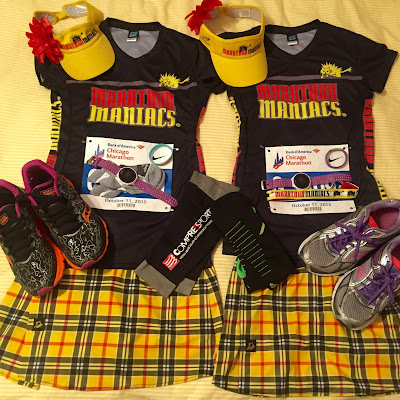 Sunday--Chicago Marathon  26.2 miles in 5:04:38  Neither my Runkeeper nor Garmin liked the tunnel or the buildings in Chicago and so my mileage and splits are way off. 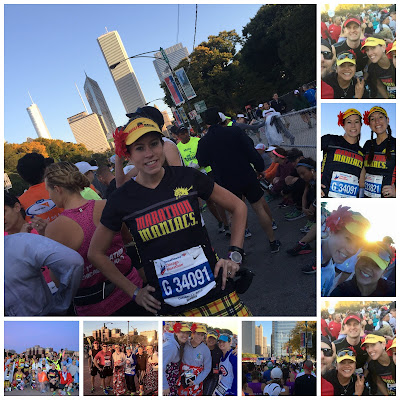 It was a rough race.  It was a lot hotter than we were expecting and my legs and feet were killing me.  I'm still a little sore and my knee is still bothering me.  I was hoping for a sub 5 but it was still a great race!  The crowd support was simply amazing--there wasn't a single section where there wasn't people cheering the runners on.  I gave so many high fives and laughed at so many signs--it really kept me going.  And I used a new app called Motigo where friends & family can leave you messages and it plays through your headphones at certain miles.  It was so nice to hear them and helped push me through! 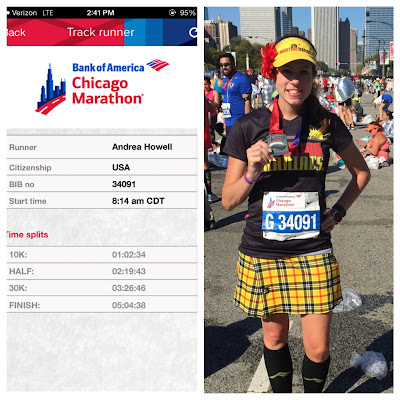 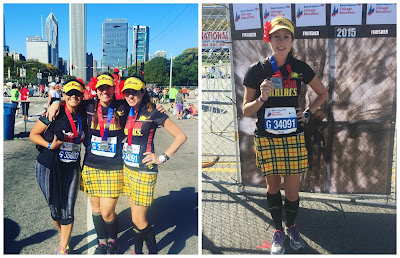 We headed to the Nike store for the after party and to pic up a Finisher's shirt. 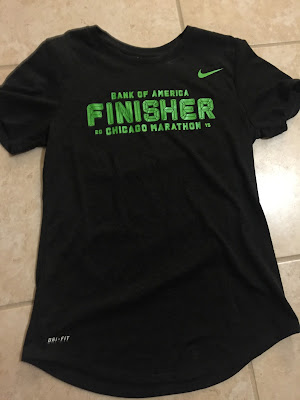 Then went back to Olivia & Jeff's hotel to shower before going to Lou Malnati's to meet a large group for a celebratory dinner. 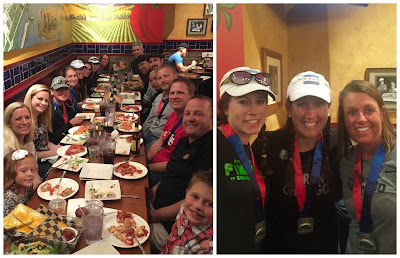