I freely admit it.  I LOVE the runDisney expos and spend way too much money there.  And I knew Princess weekend would be the worst.  We took the day off from work so we could head to the expo first thing and help out the Raw Threads booth.  We were fortunate to get everything we wanted!

And like marathon weekend, starting the day before the expo, Cori and I were there every. single. day.  It just can't be helped!

On Wednesday night, we stopped by because we were going to see if Sweatybands  needed help.  They were good, but we did pick up their newest Disney-inspired Sweatybands.  Oh how I love these! 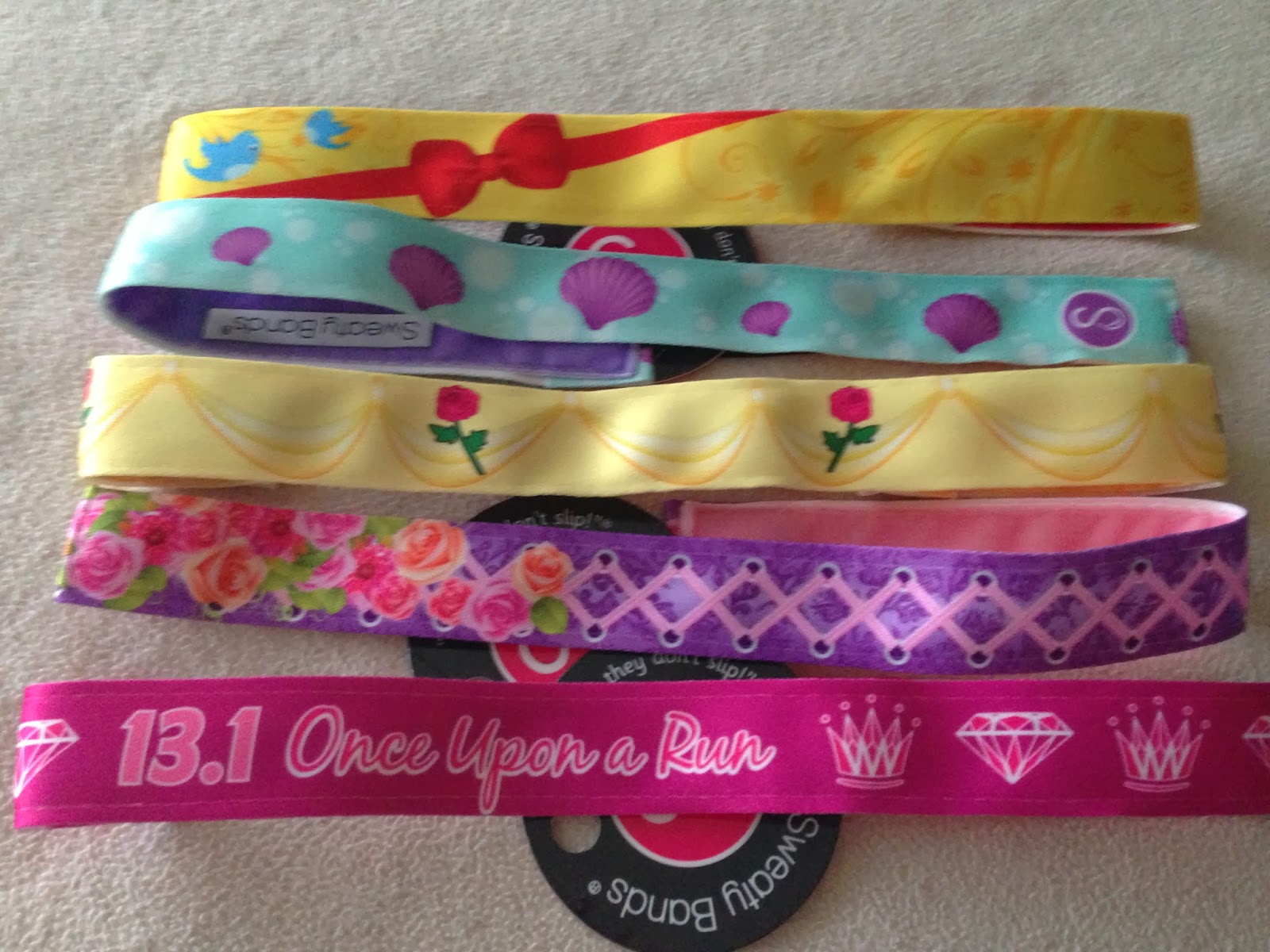 We also took advantage of the fact that no one else was around. 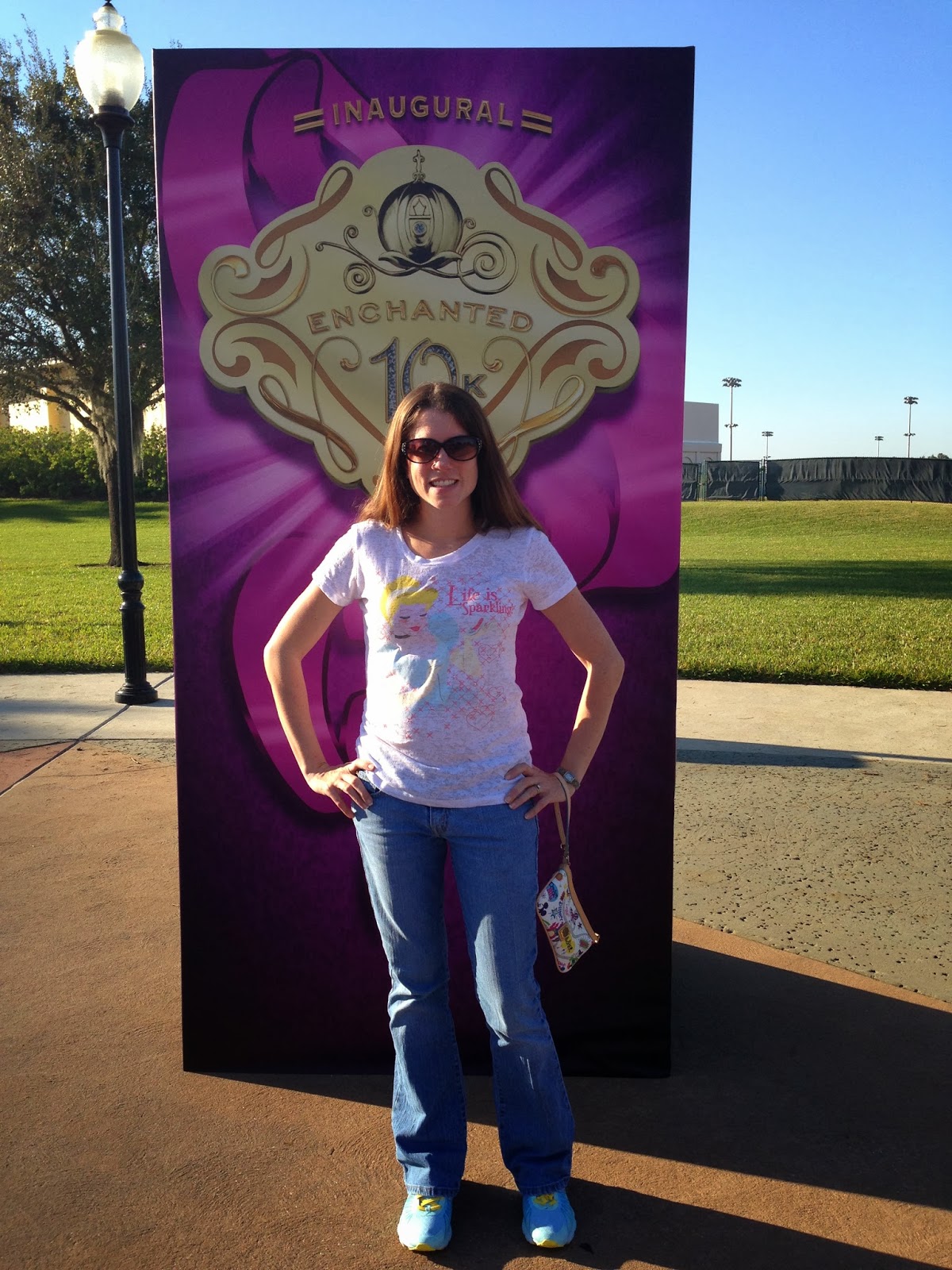 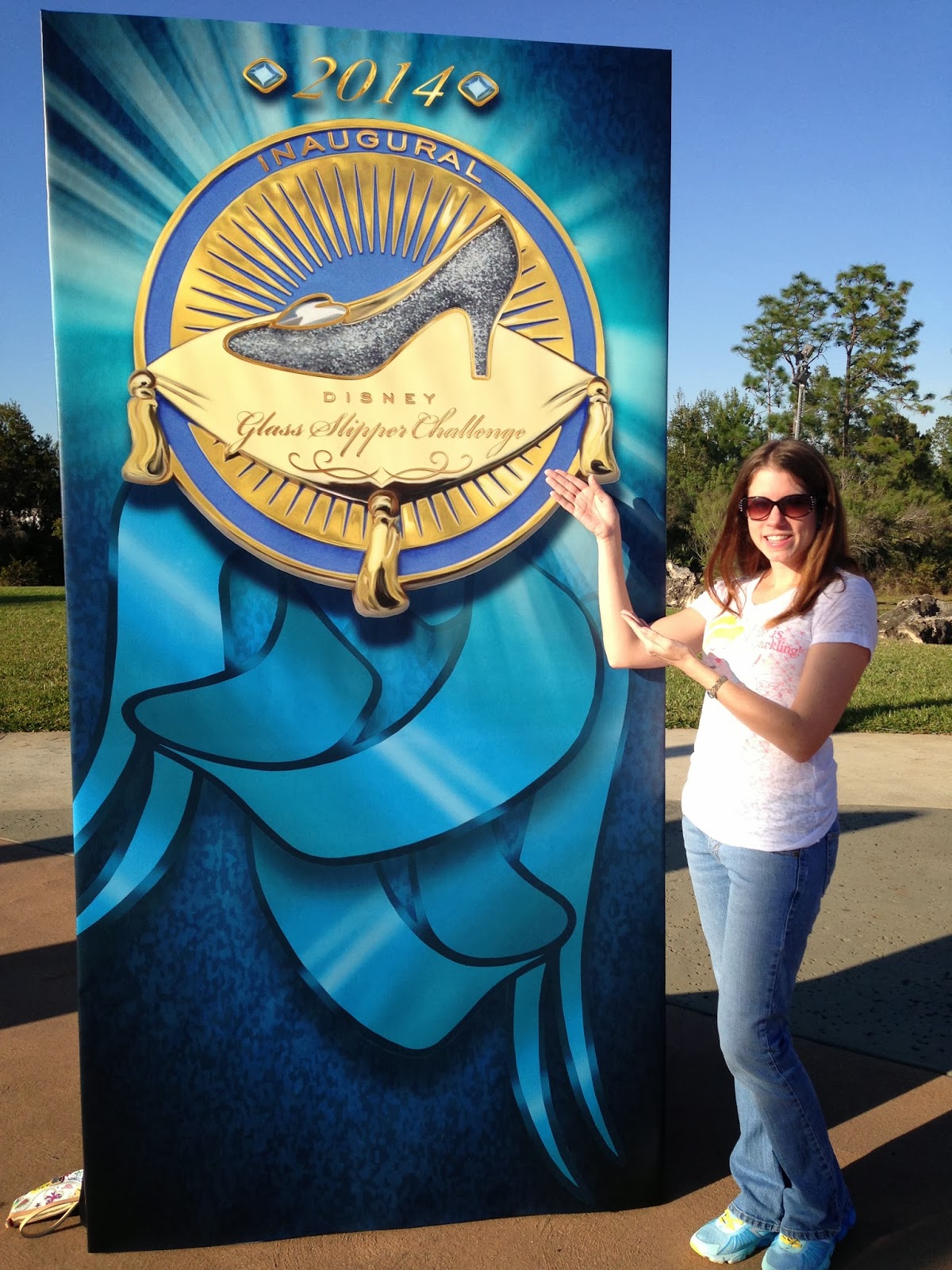 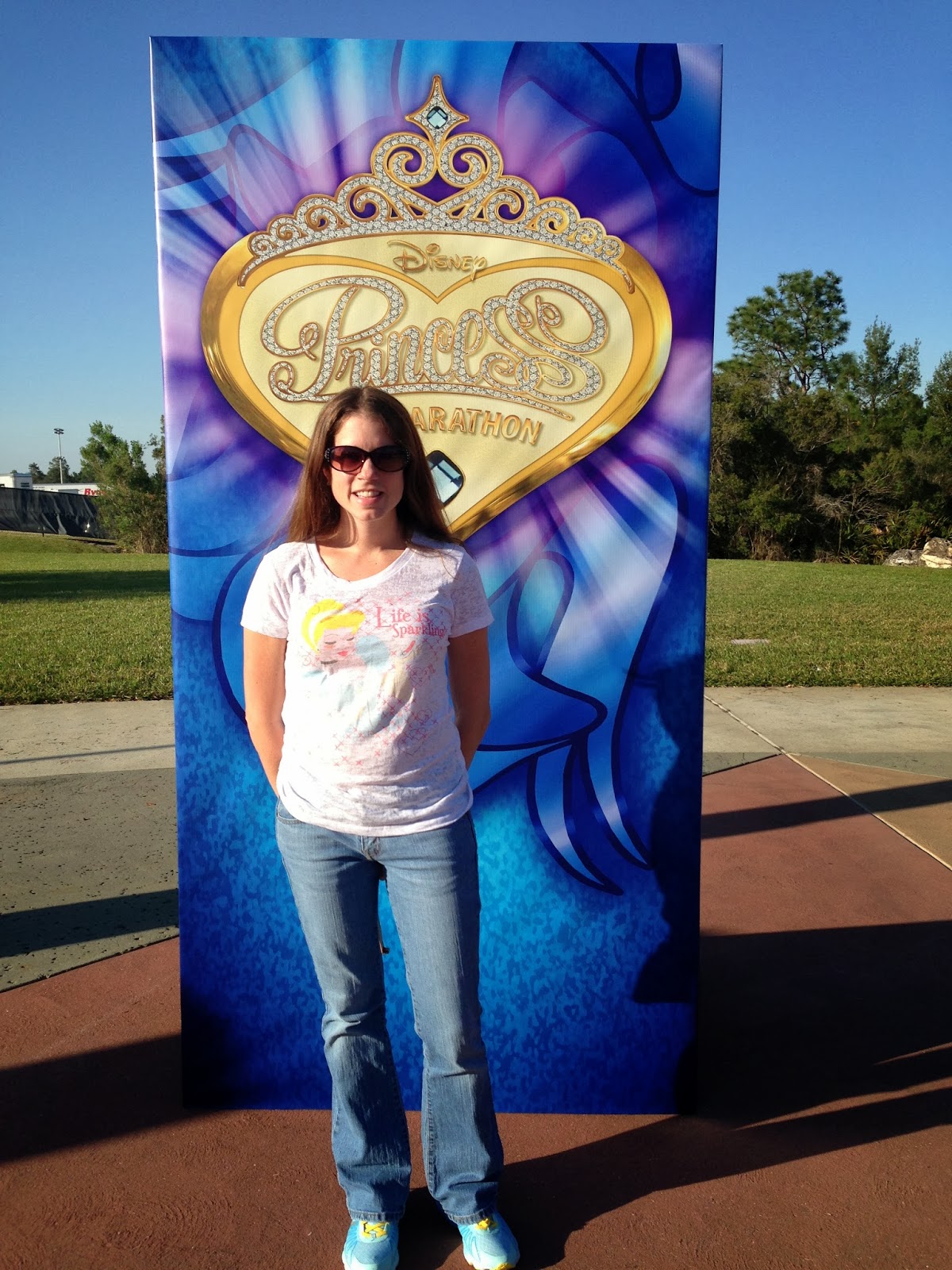 We headed back to the expo early on Thursday morning to help Raw Threads set up.  We grabbed one of their cute new designs to wear (they had some great new things!) 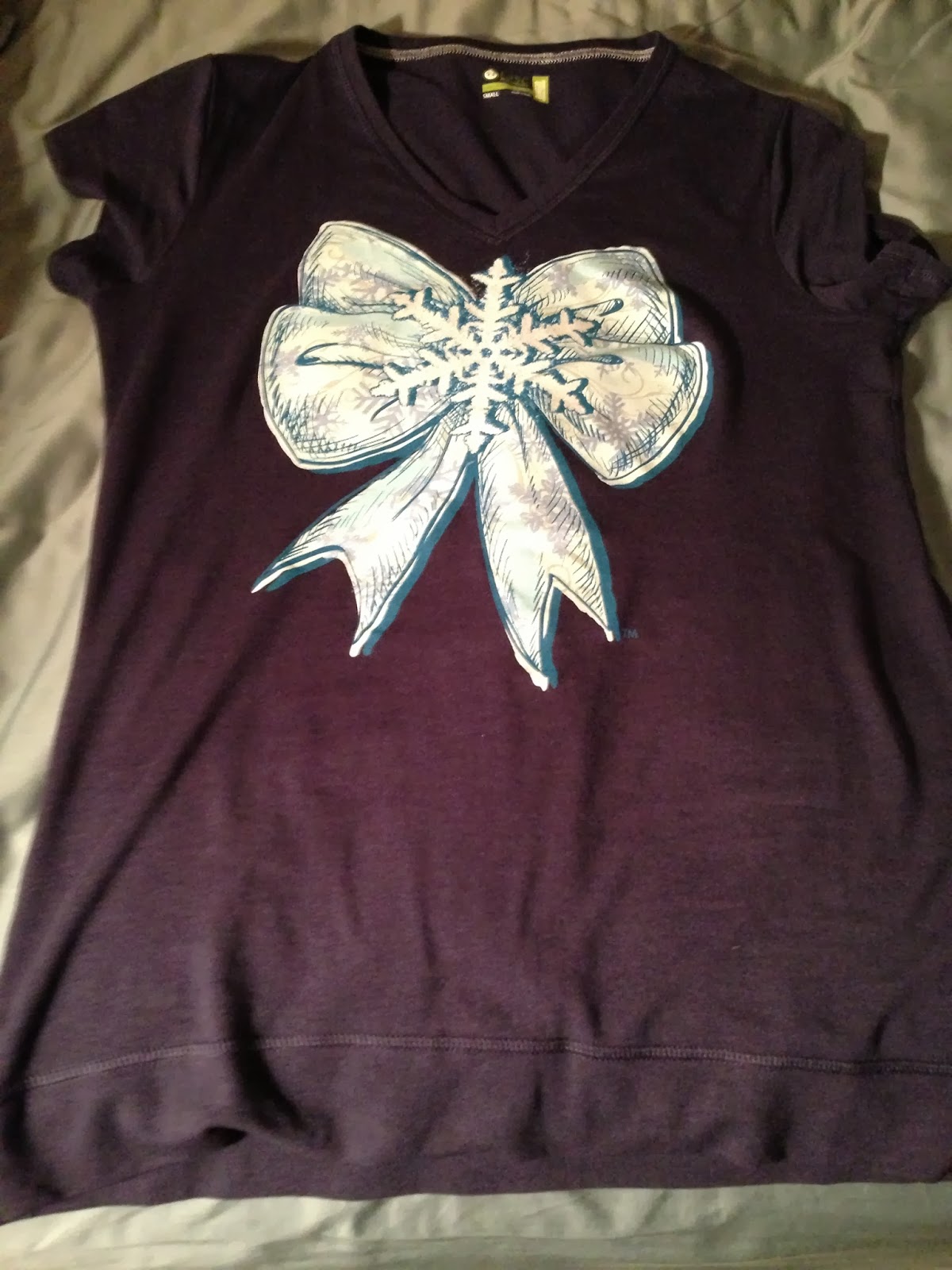 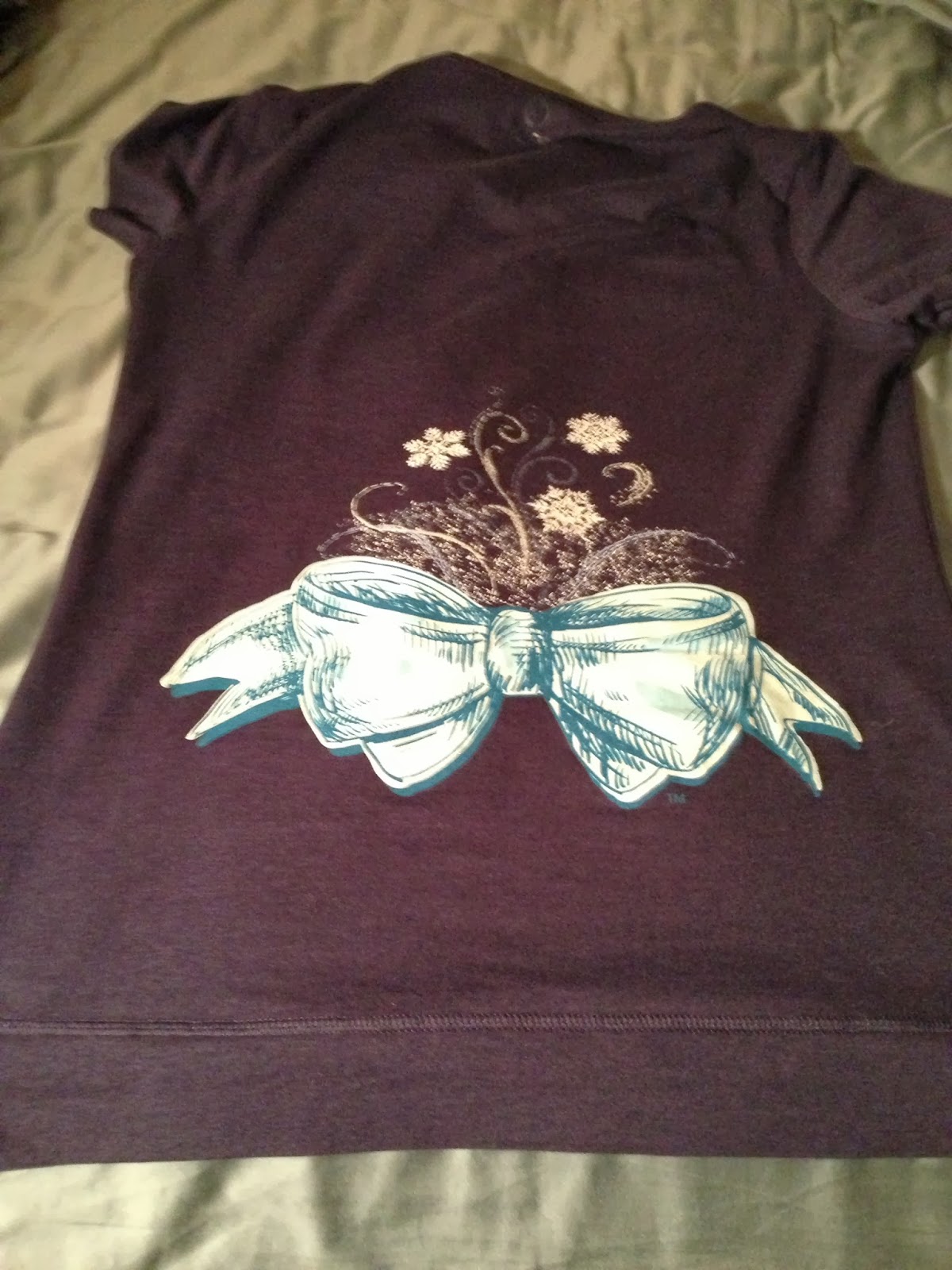 Then we headed around the Expo to grab the things we knew we wanted. 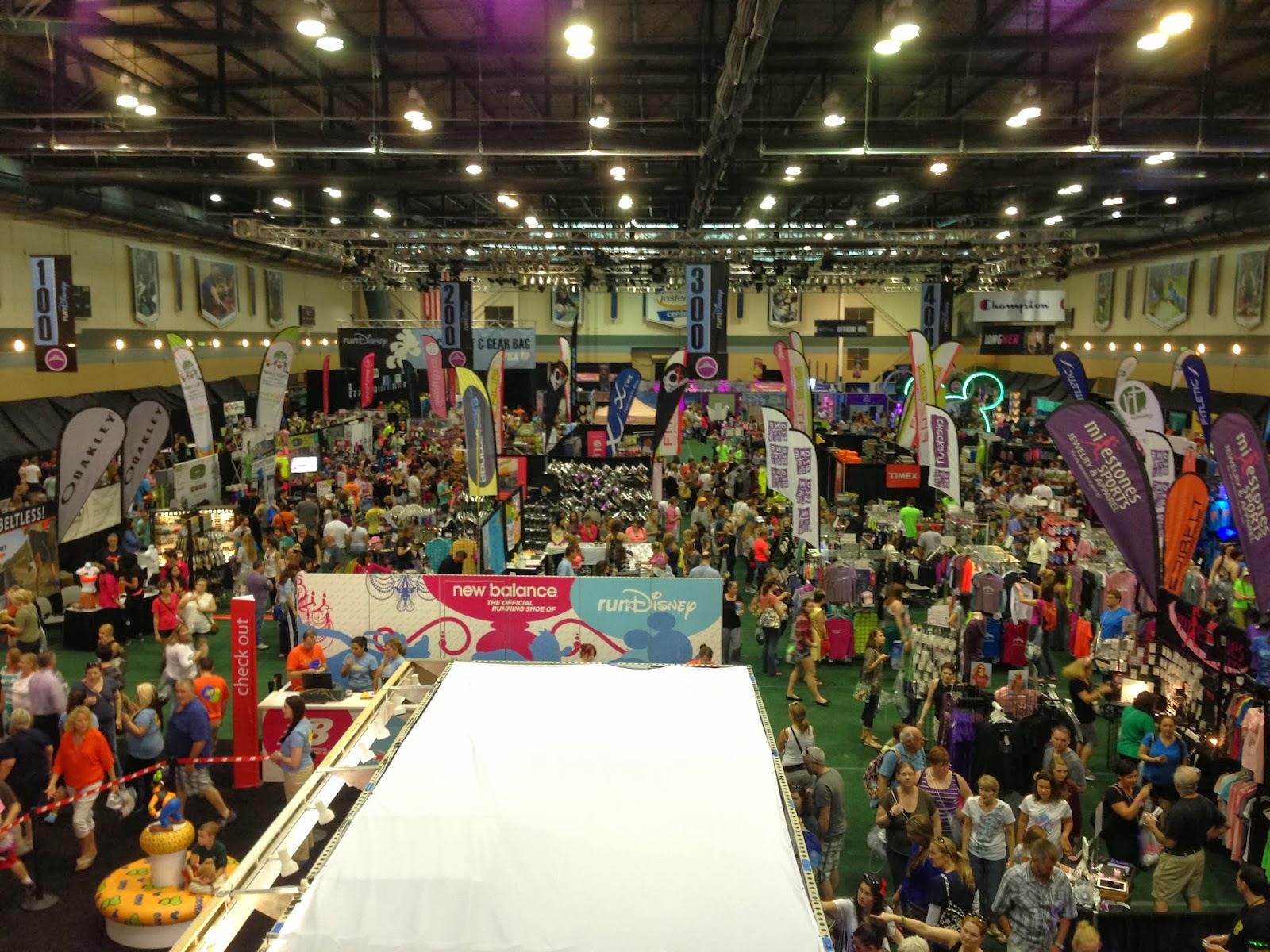 My wedding was Cinderella's Carriage, Glass Slipper, and Castle themed so I love these items! 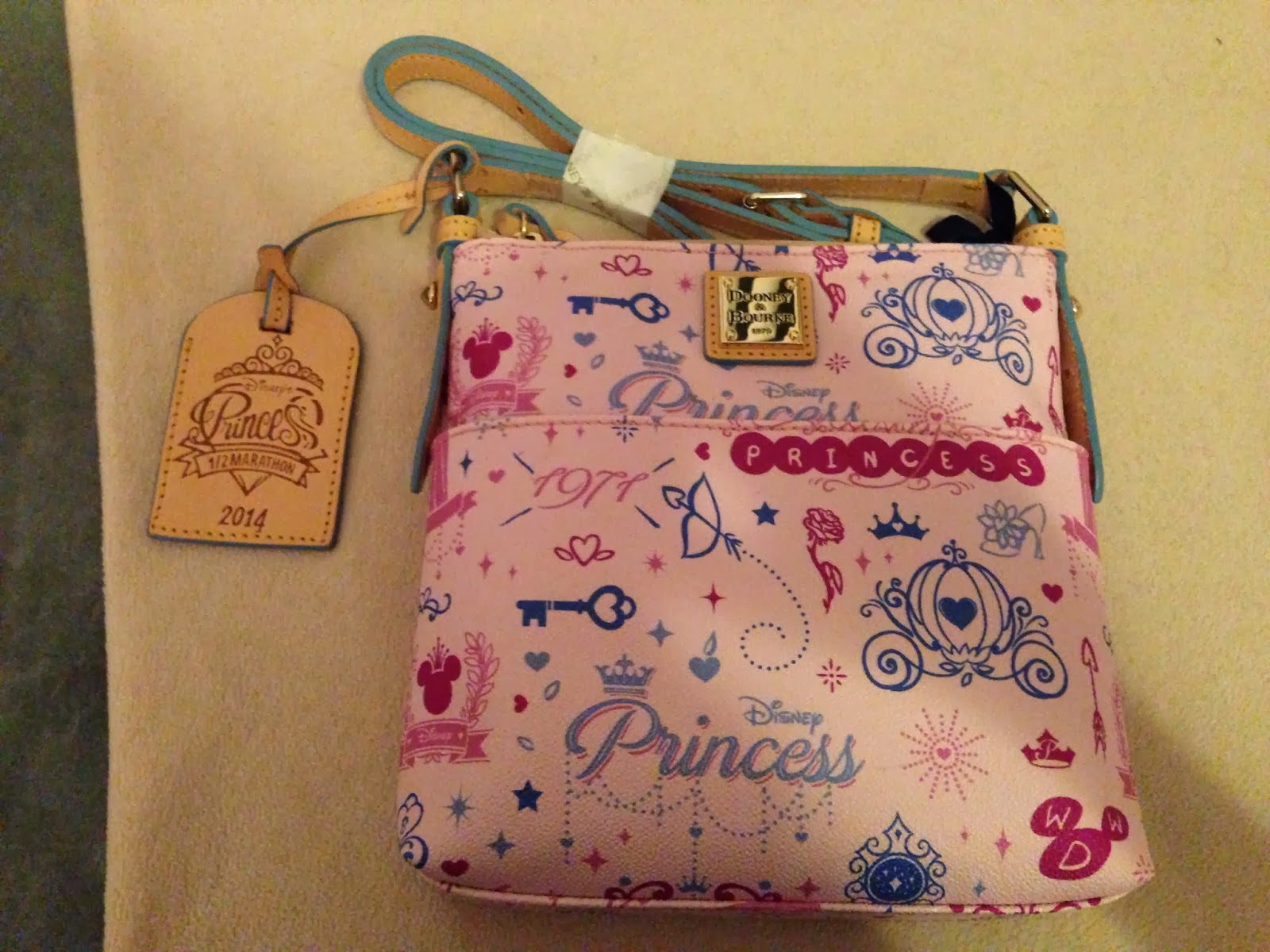 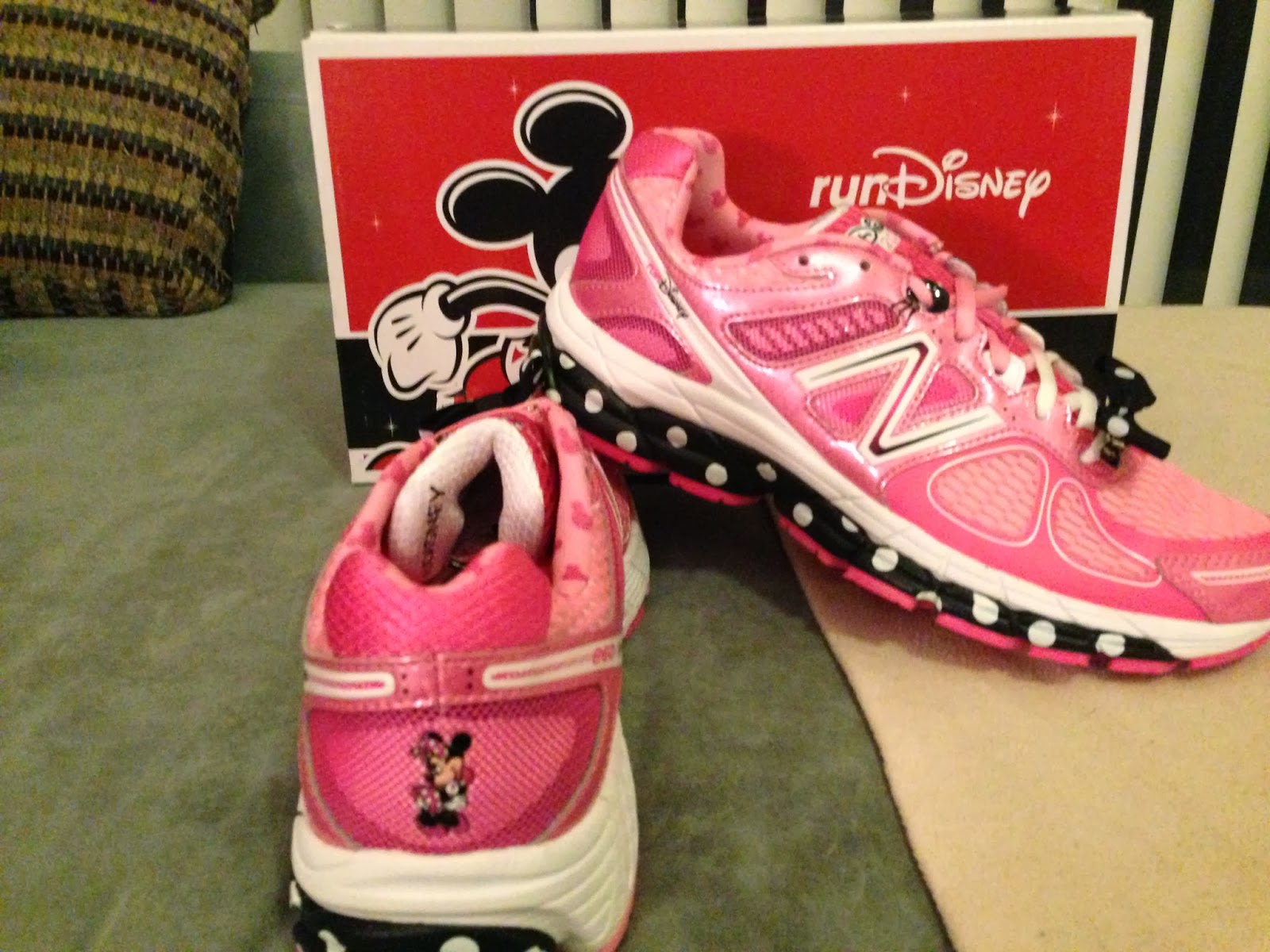 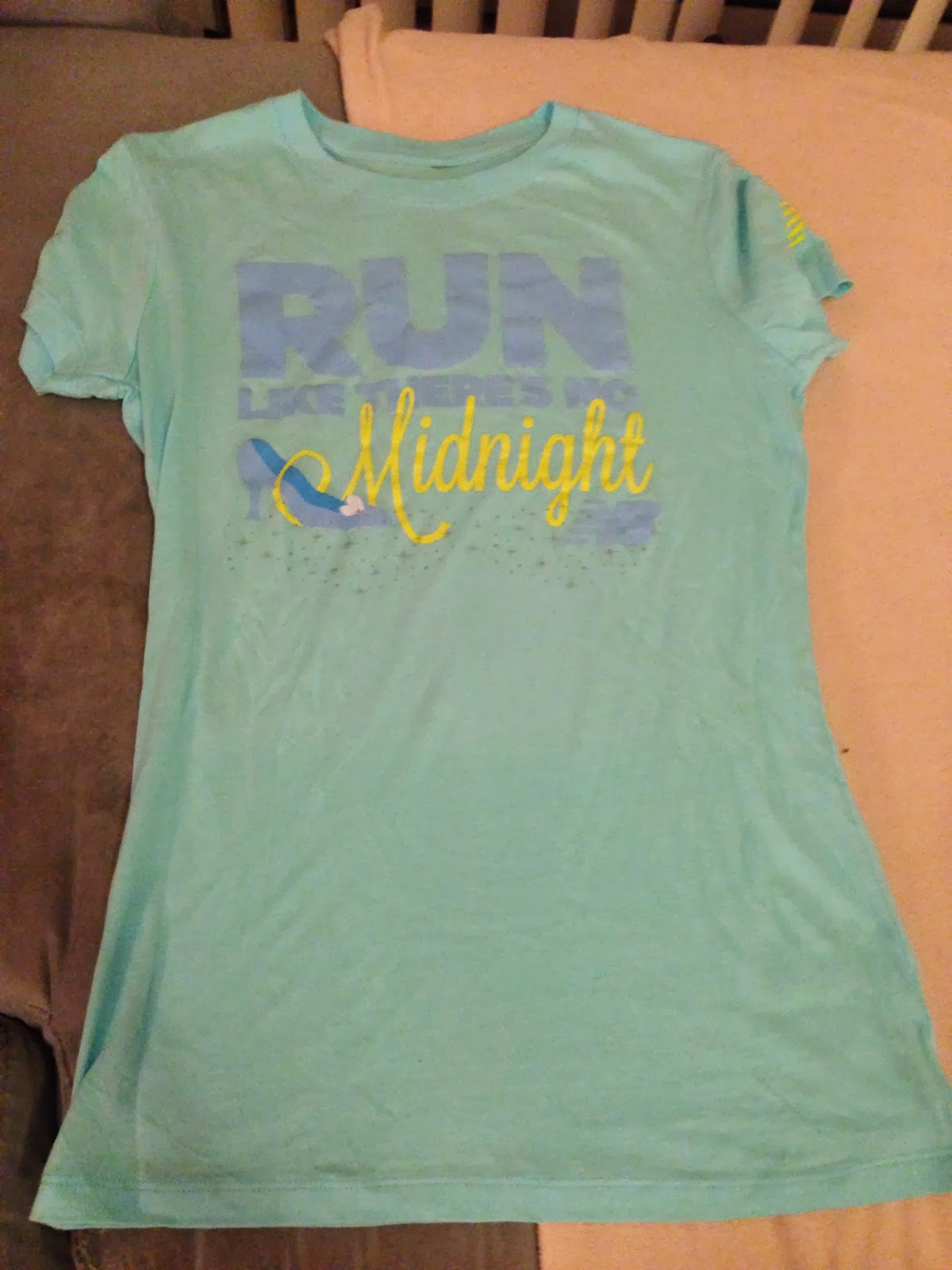 Once inside the runDisney merchandise booth, we got: 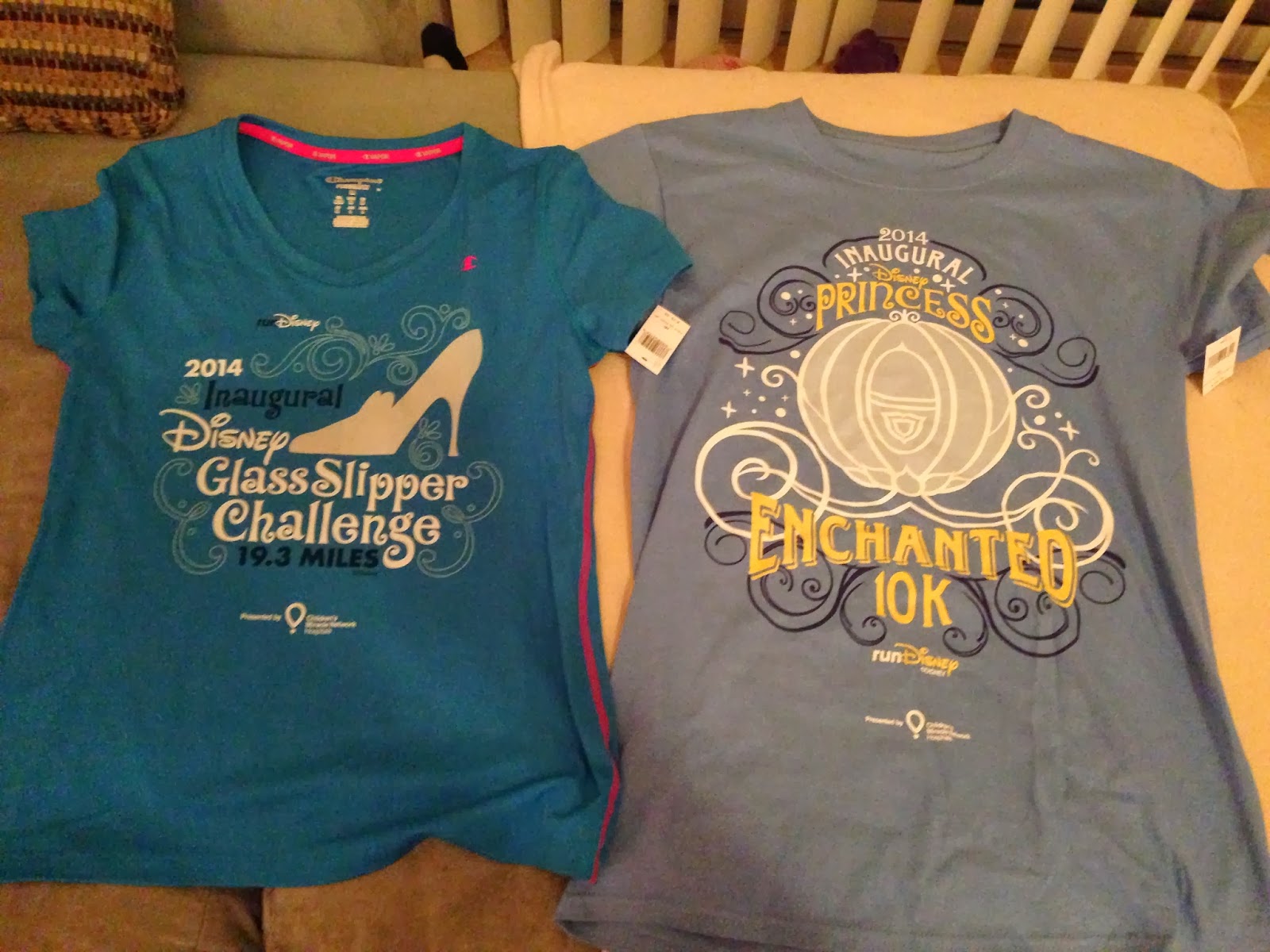 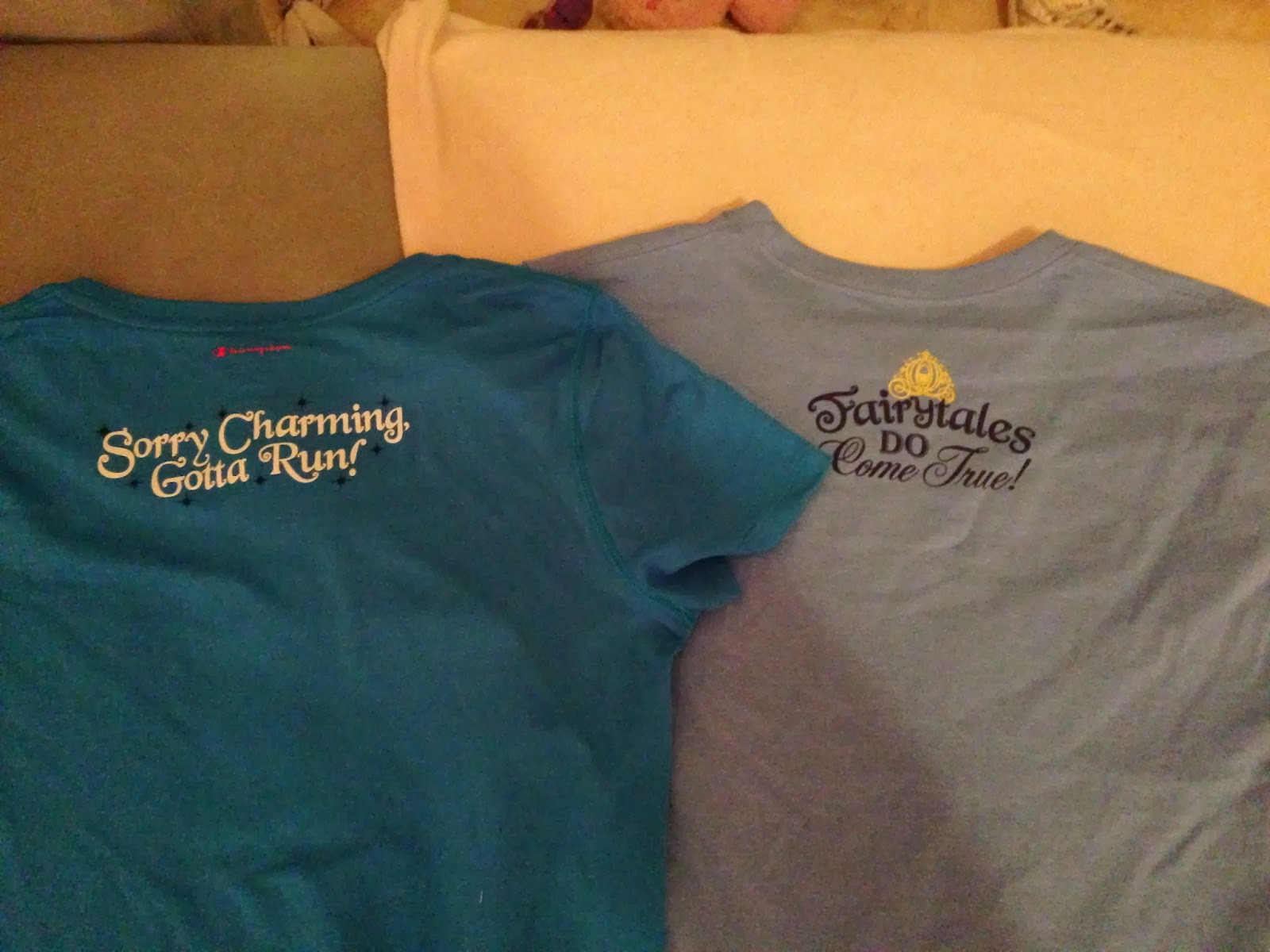 We always have to get an I Did It shirt.  I also got a window cling (since magnets don't work on my new car--boo) and a wine glass 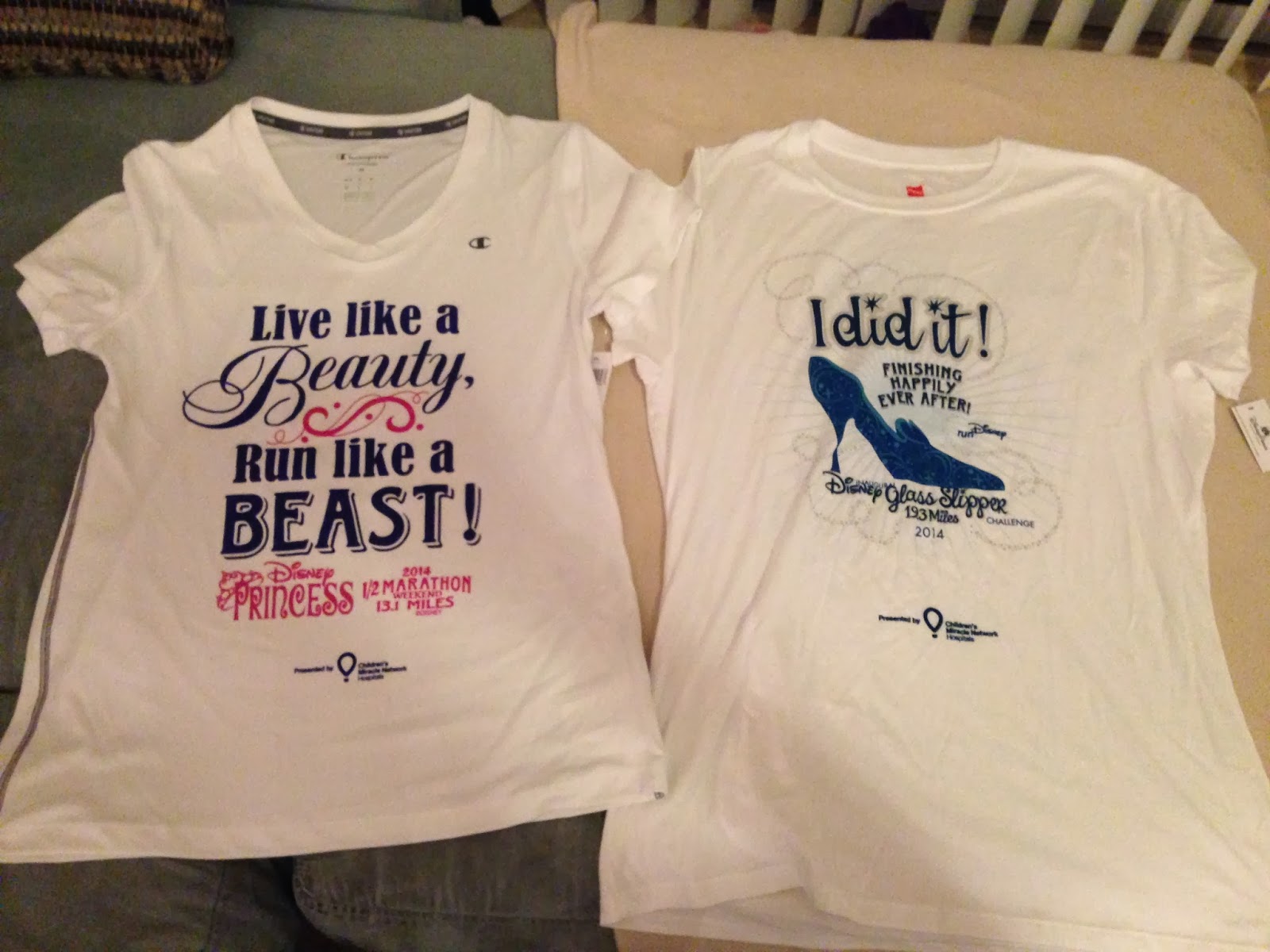 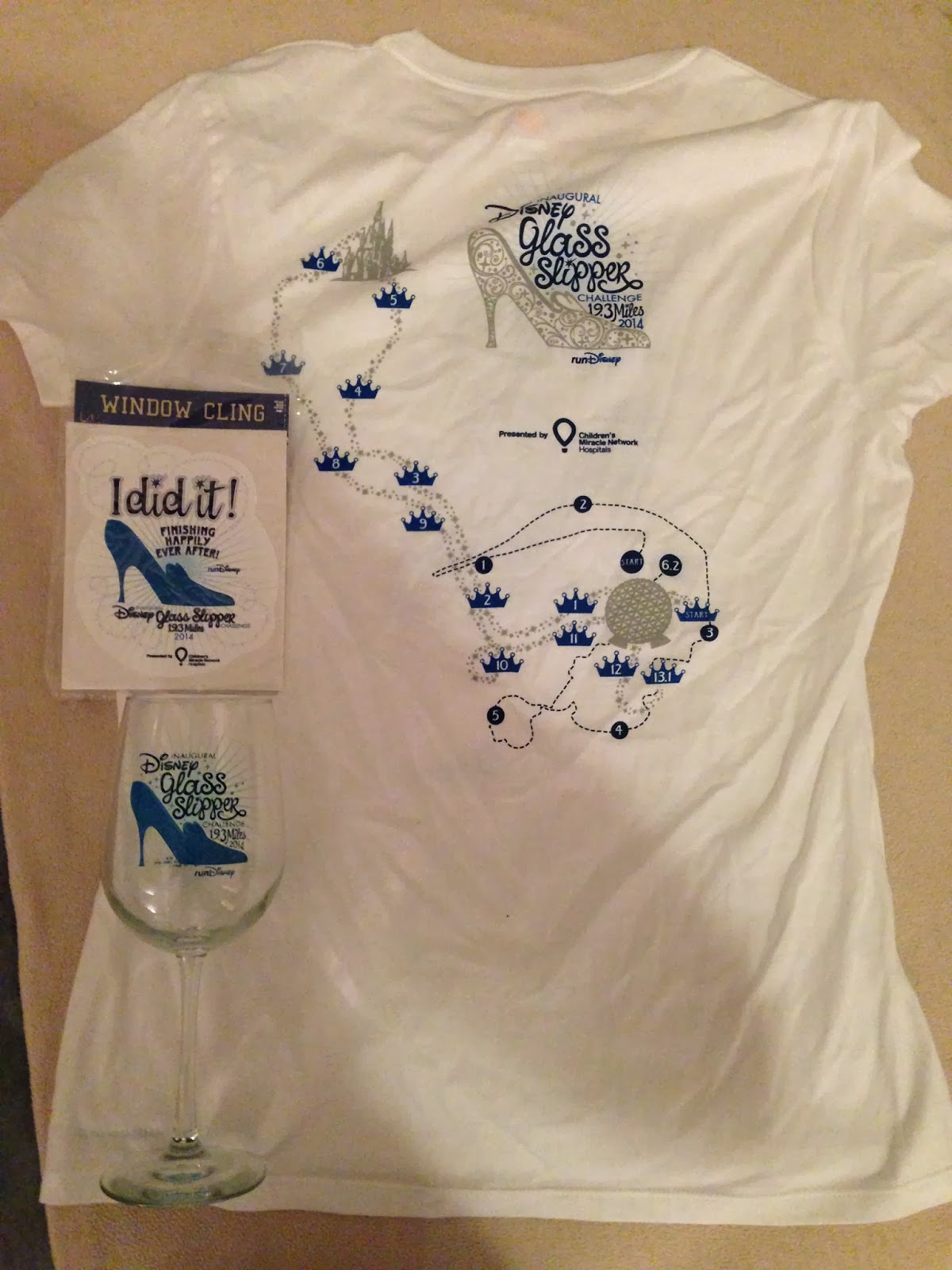 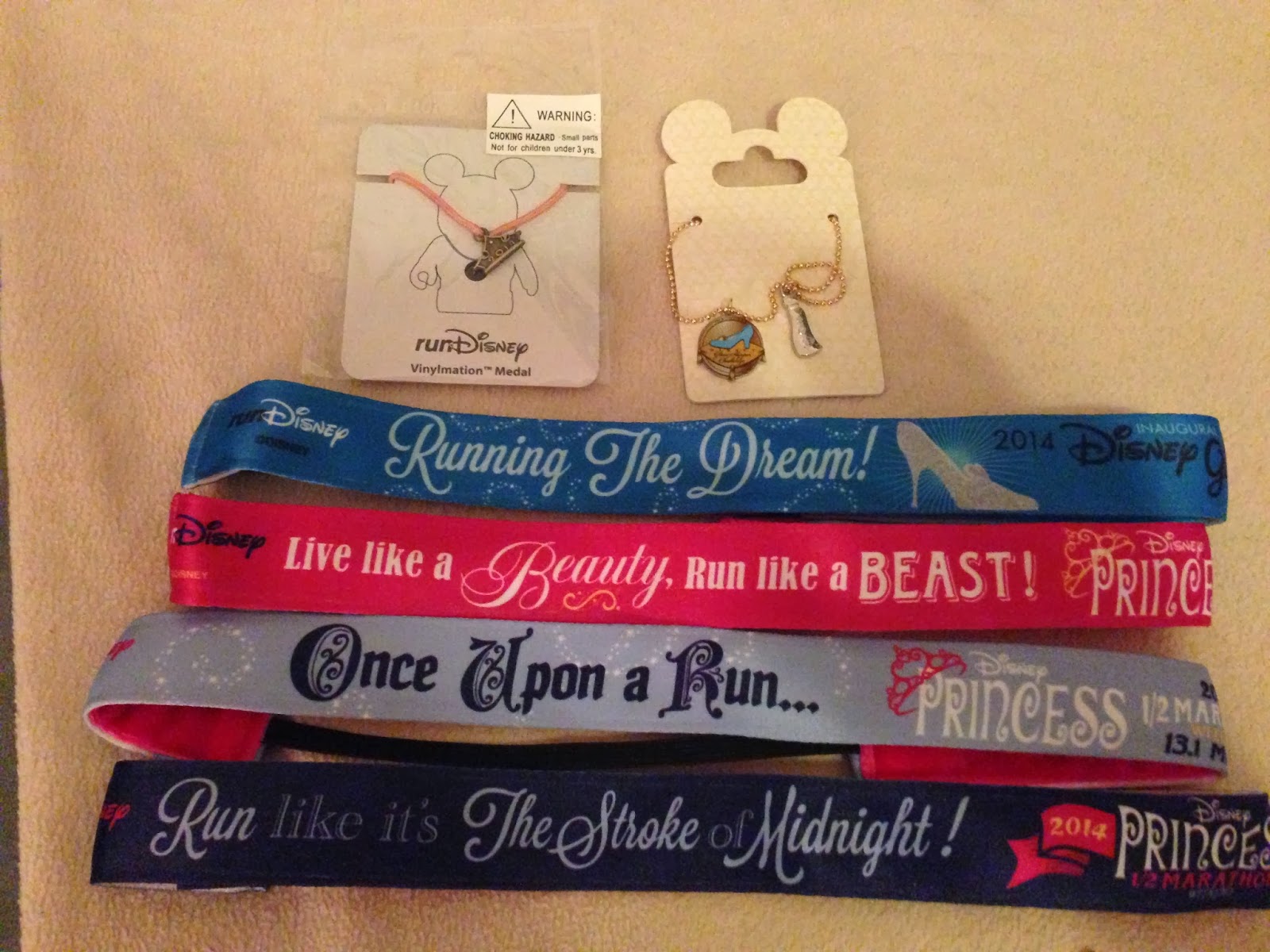 Then we headed back to the Raw Threads booth to help out for the day.  It was so much fun to talk to all the runners!

Later that afternoon, we headed to packet pickup and got our tech shirts 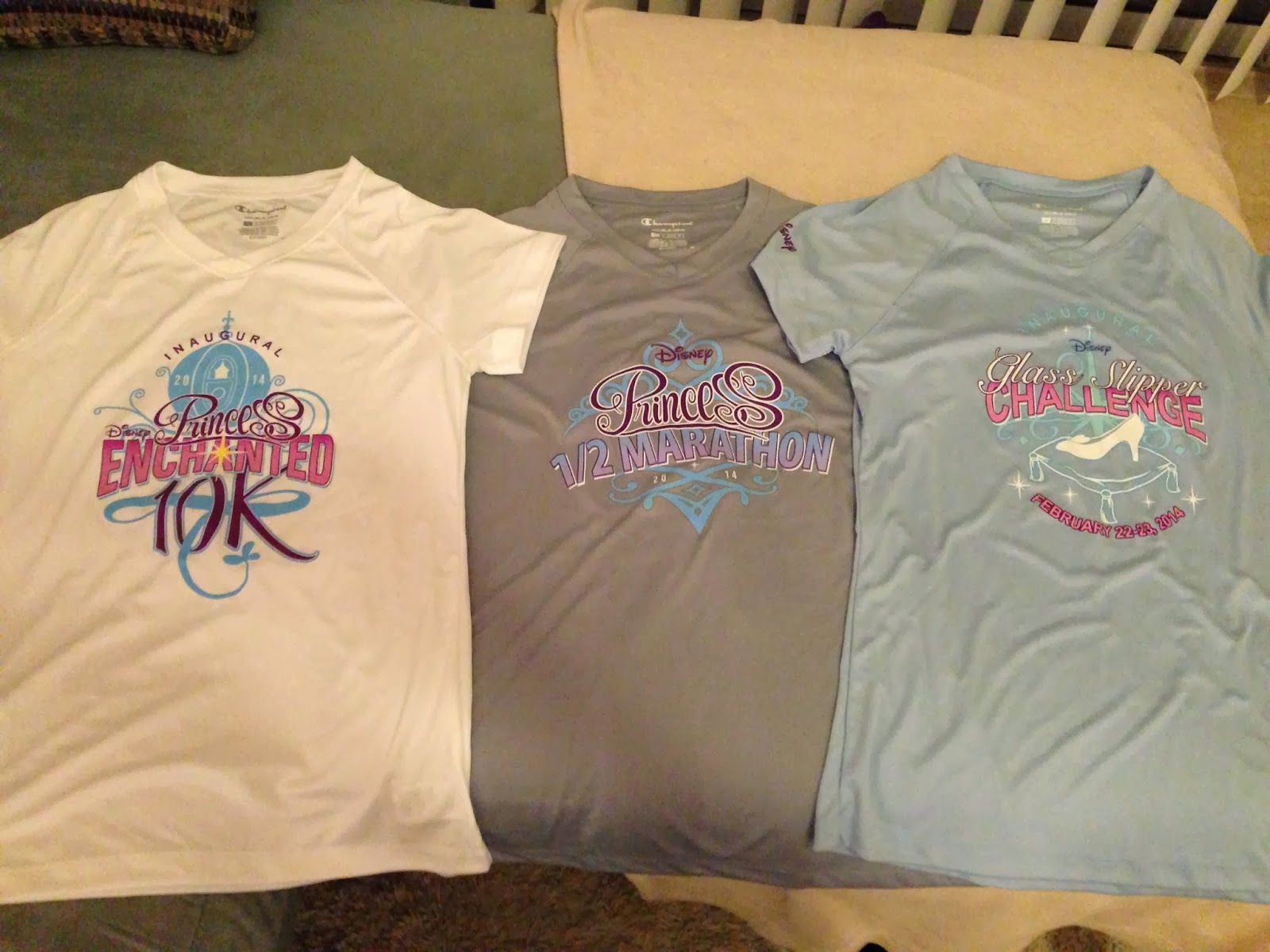 Then I headed to a DisBroads meetup at the Wave restaurant at the Contemporary.  It was fun to hang out with Ashley (The Pavement Princess) and her hubby and meet lots of running fans I talk to on Twitter.

Then when I got home that night, I realized that none of the items for the Princess Team that I signed us up for where in the bag.  I had a moment of panic.  I was sure I signed us up!  I checked my emails and saw that I did.  So I sent a quick inquiry out into the Twitterverse and Facebook world to find out that we were supposed to be told to go to another desk in the area where we got our packets to get our Team goodies.  Grr.  Looked like we were heading back the next day.

On Friday, right after school, I went to the #runnerslove meetup at the Poly.  This was another great meetup and I won some KT tape! 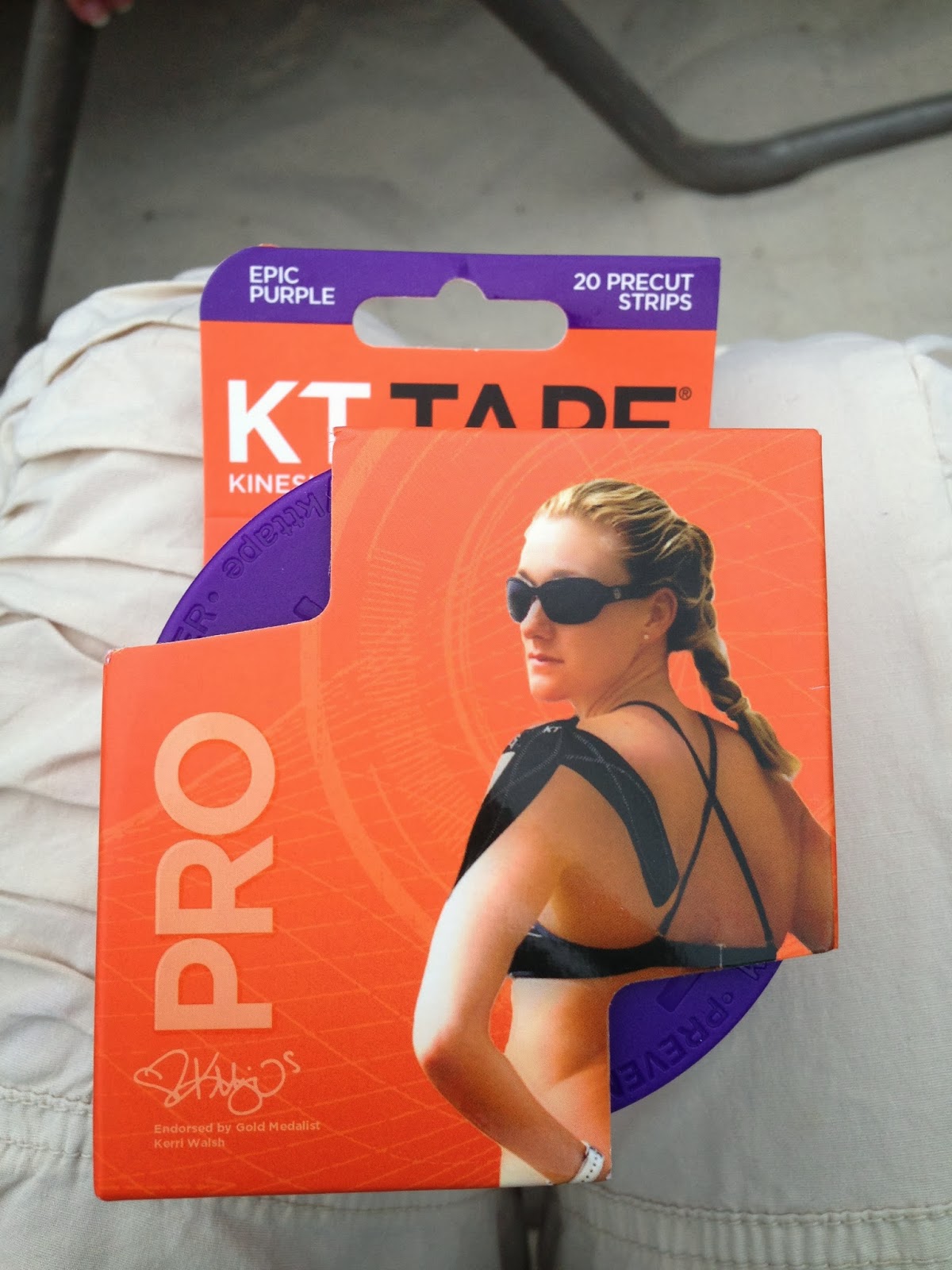 Then Cori and I headed back to the expo for a brief stop to get our Team goodies.  We were going right before dinner with our hubbies.  We thought the Expo was open until 8 again but it was only open til 7.  We got there at 6:55.  All of the cast members were yelling that we had 5 minutes.  We hauled booty but honestly, I probably would have said something if we were stopped since we were supposed to be told about the items the day before but weren't.

Anyways, we got our goodies for Team Tangled Feet 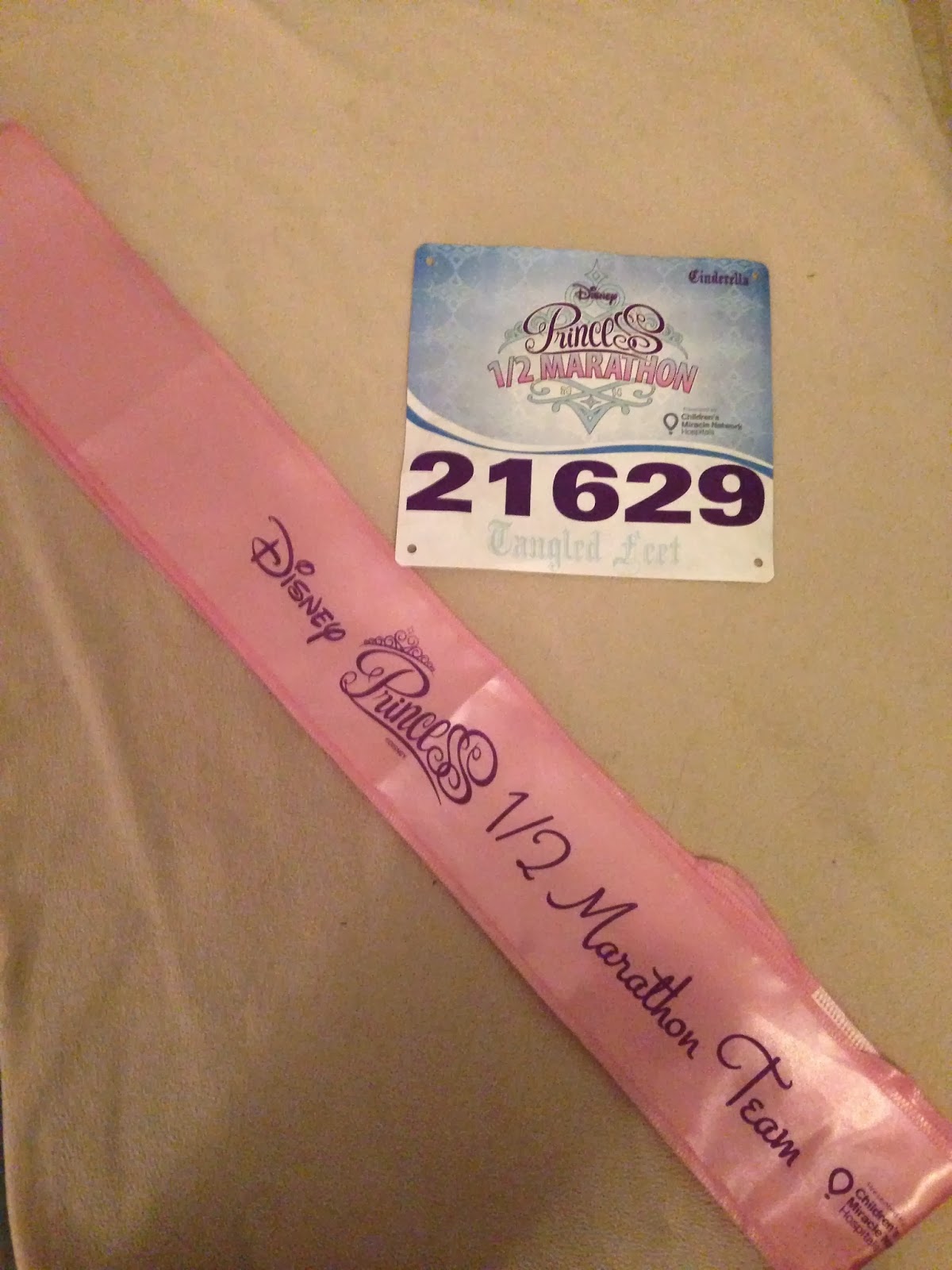 Honestly--$15 for those two things wasn't really worth it.  We didn't wear either item during the races.  Oh well.

We also stopped for another photo opp. 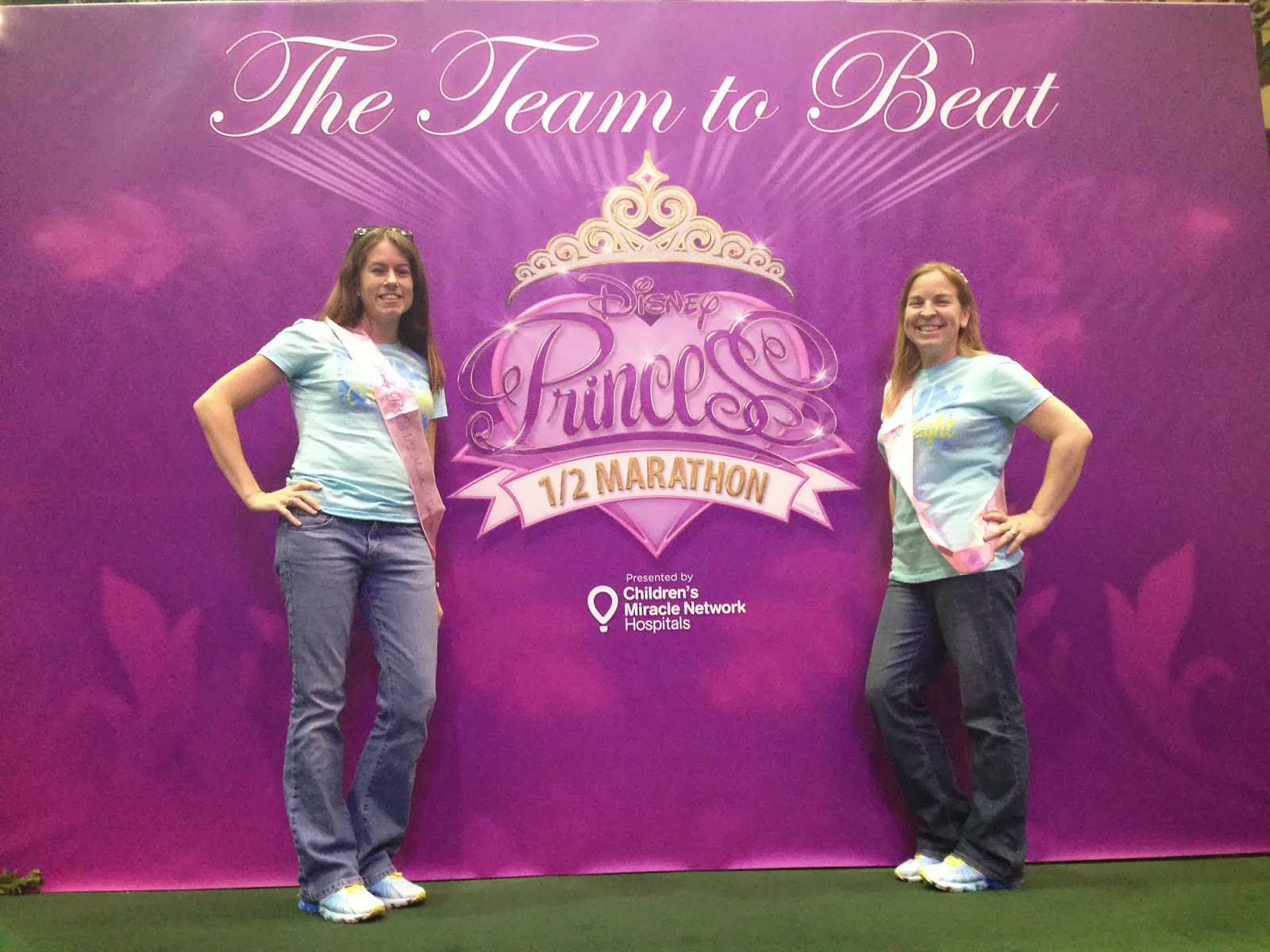 After dinner, I headed home to get my outfit together for the Enchanted 10k 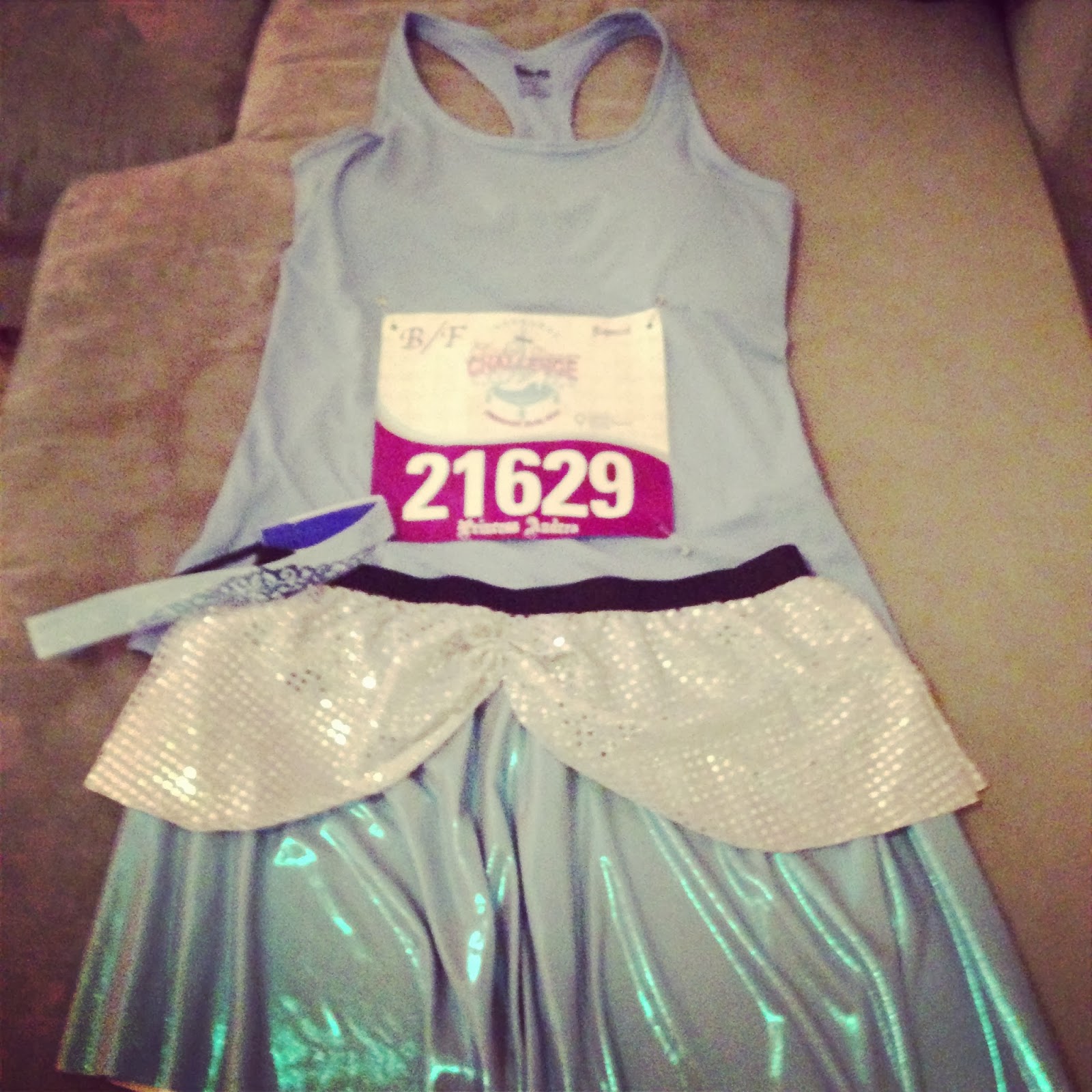 On Saturday, after the 10k, Cori wanted to head back to the Expo to go to the KT tape booth to tape her knee.  Admittedly, we did get there pretty close to closing time (about 2 hours before).  But the KT tape booth was completely out of KT tape and were only taping if you brought some from home.  Grr!  I would have brought mine if I knew that!  Before they always had plenty (even at marathon weekend!!)  so we made a couple of laps around the expo to see if we could find some at another vendor.  No dice.  Cori was also looking for a purple shirt or tank to match her costume for the following morning since the one she had made wasn't tech material and it was going to be too hot to wear.  She found her shirt...and we also found more goodies:
Another New Balance tee we had seen during marathon weekend and wasn't out the first day of the expo and an Asics shirt.  I loved this shirt but decided not to buy it at first.  We went back right at the end and I was debating when they announced it was 50% off.  Yeah, I was sold. 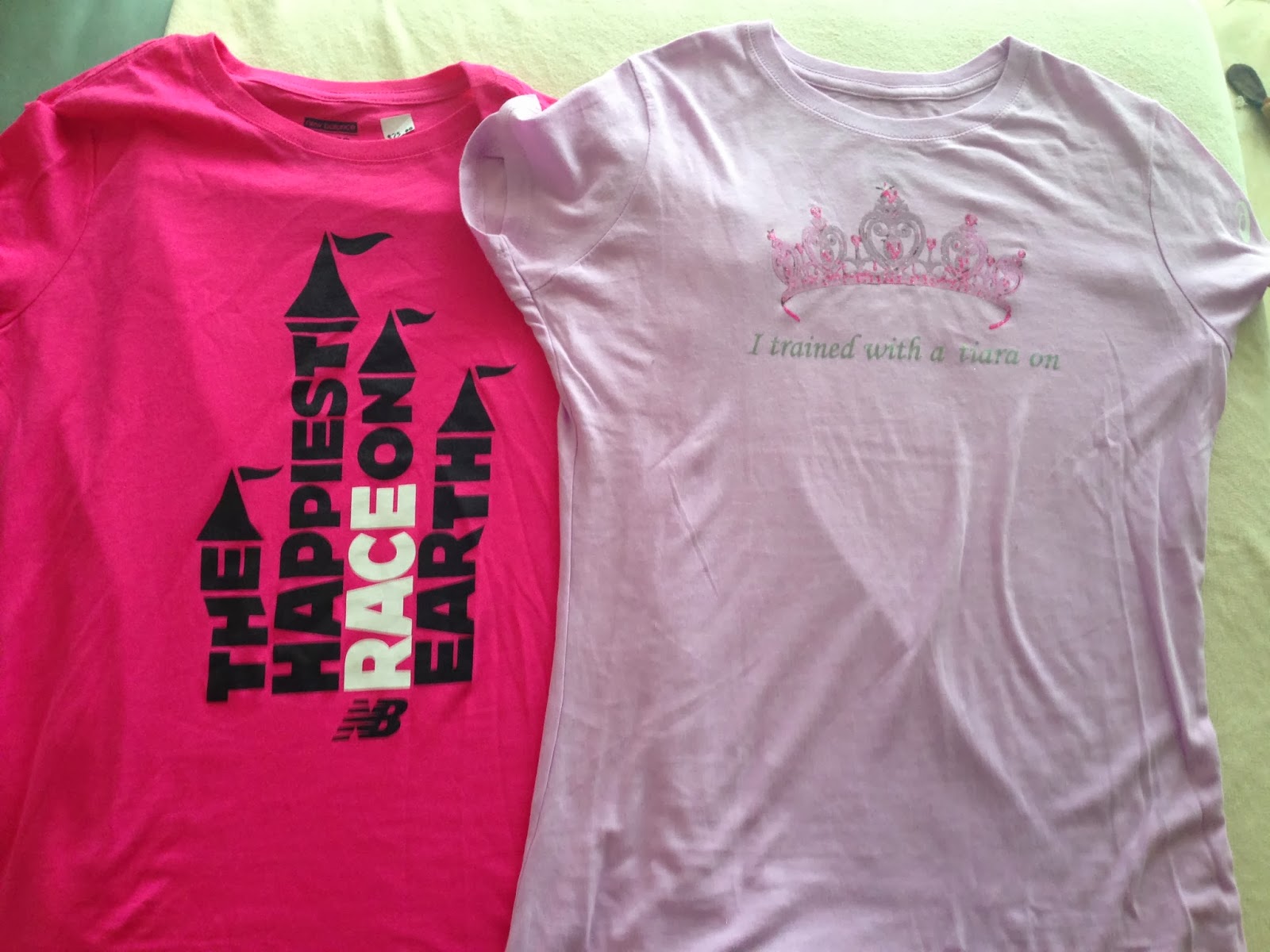 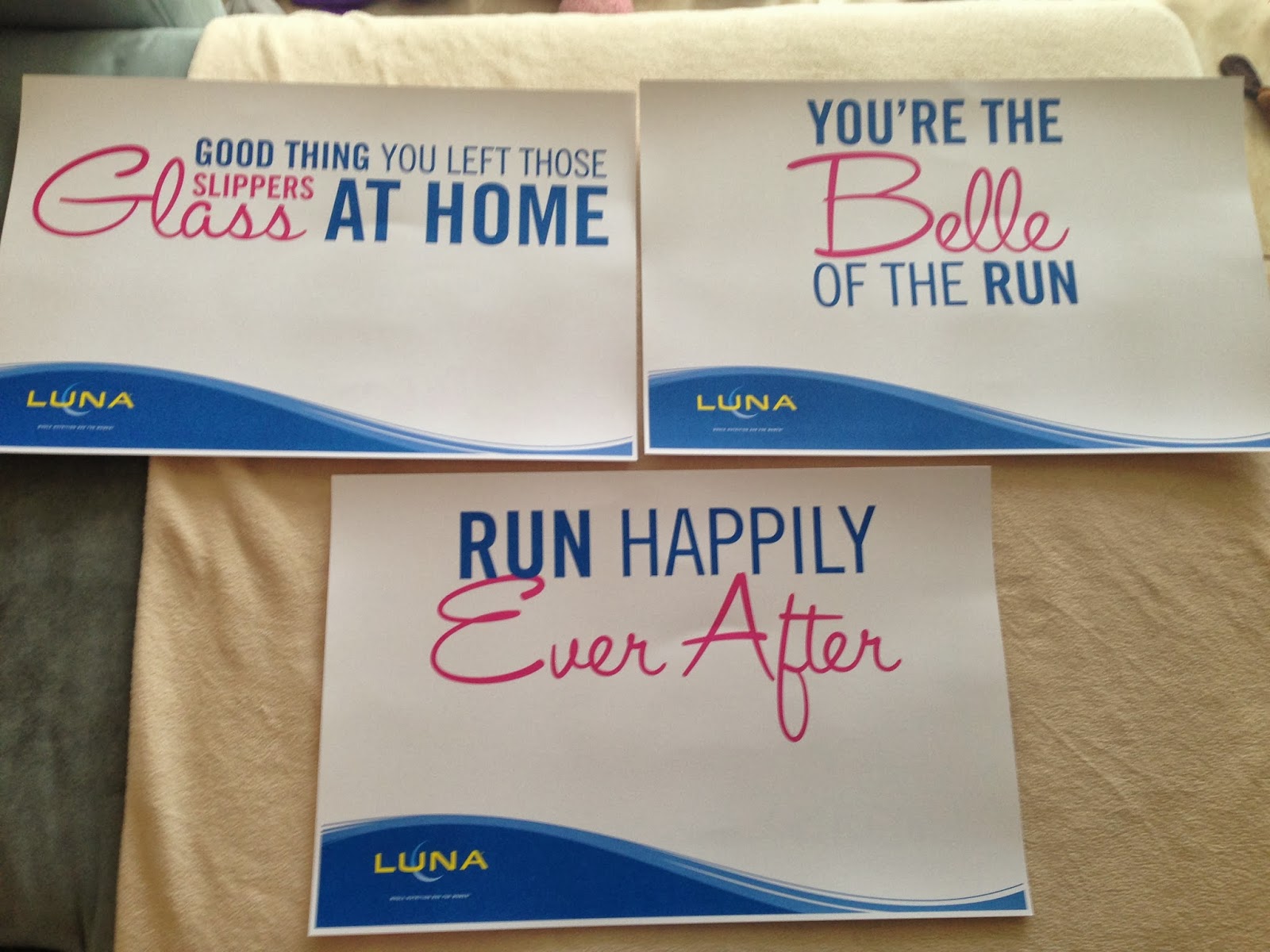 Then I headed back home and got my outfit ready for the Princess Half Marathon! 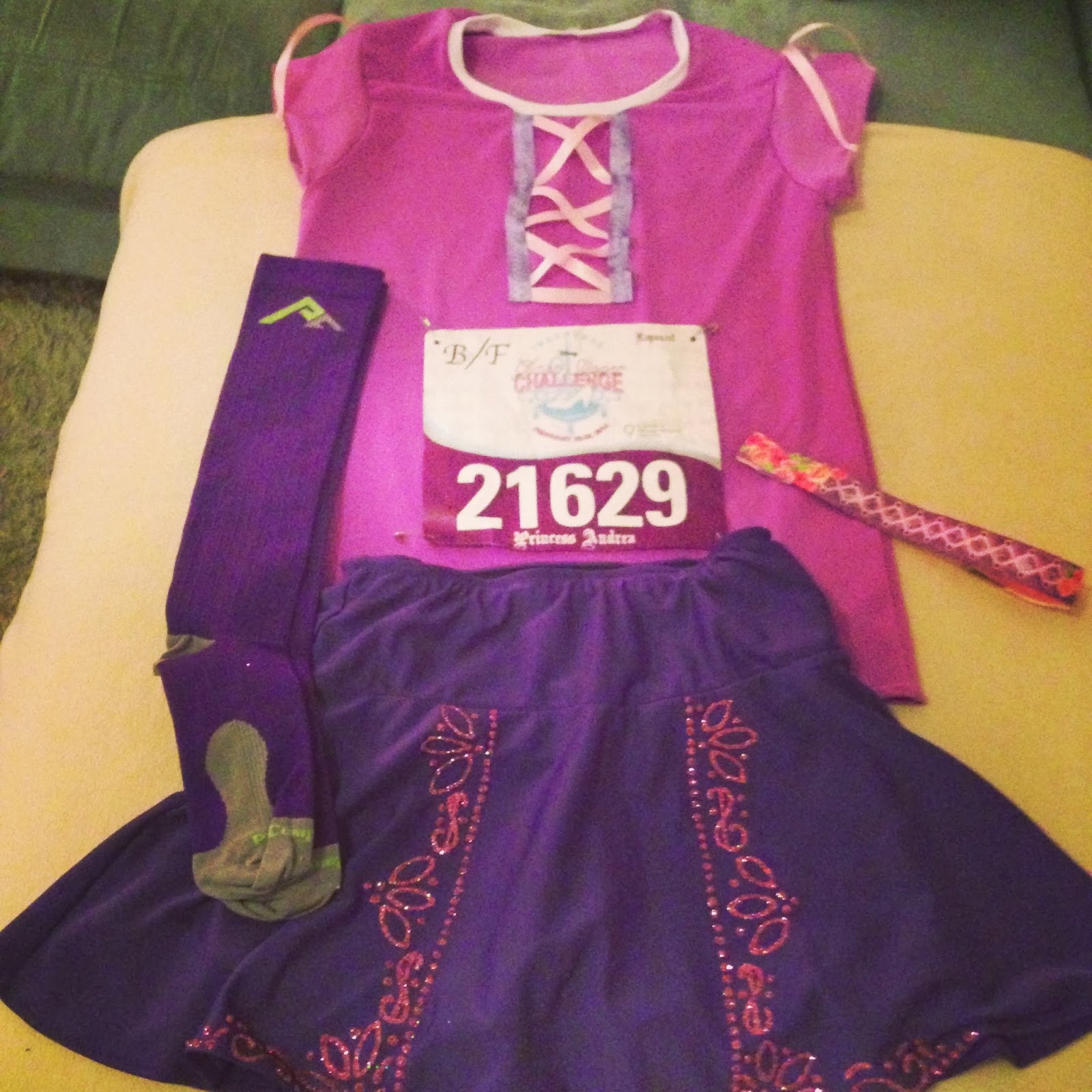