I headed to Marlow's Tavern over in Lee Vista recently to try their Ribs and Whiskey menu.  And it was delicious!!

The Lee Vista location is new.  It's only been open a few months.  And it feels like a place where all the locals can get together to eat, drink, and be merry.

But on to the food and drinks!  The Ribs & Whiskey menu ends on October 17th so you have one more week to enjoy it! 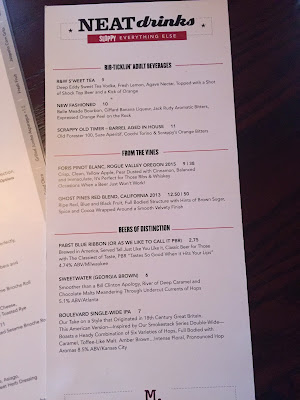 I started off with the R&W S'Weet Tea which was Deep Eddy Sweet Tea Vodka, Fresh Lemon, Agave Nectar, Topped with a Shot of Shock Top Beer and a Kick of Orange. 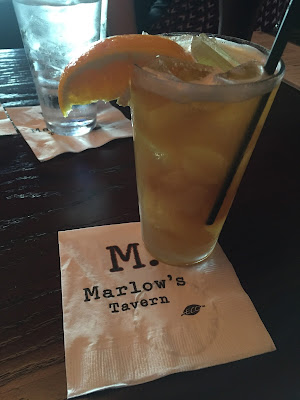 I have to admit.  If I can taste the alcohol, I don't really like it.  But this was delicious!  But warning--it packs a punch! 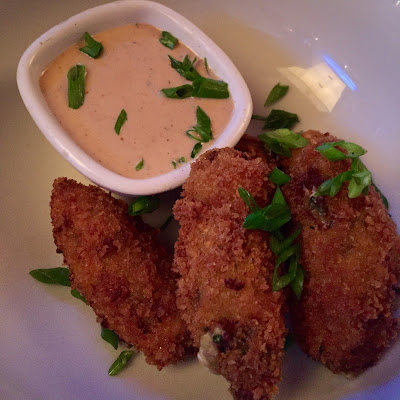 I'm also a weakling when it comes to spice.  But there were so many cheeses that I had to try it.  And the spice wasn't overpowering.  In fact, I might have grabbed more after I was done! 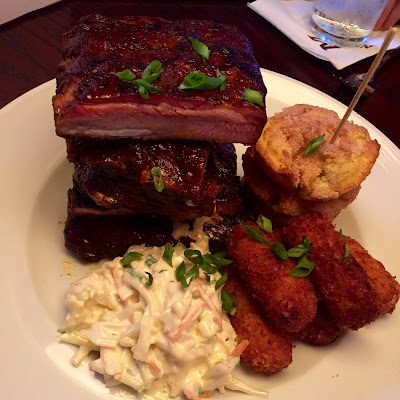 The ribs were just as good as I thought they'd be!  Delicious!  But the surprise was the slaw.  I'm not a slaw girl, but this one was so perfectly flavored that I ate it all! 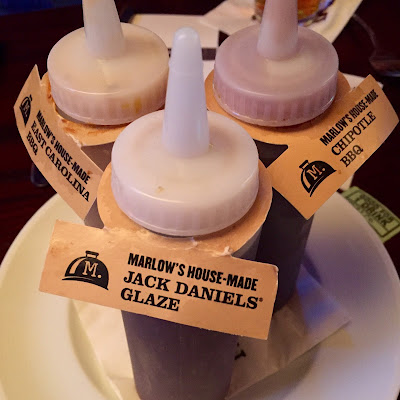 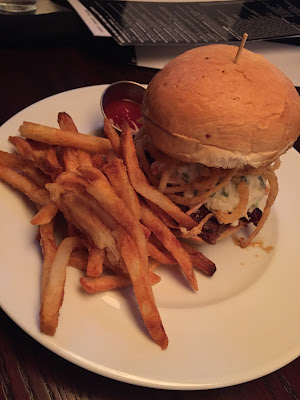 
For my second drink, I had one off the Girl's Night Out Menu (which I'll get to later).  But it was called the Loco Coco.  Loved it! 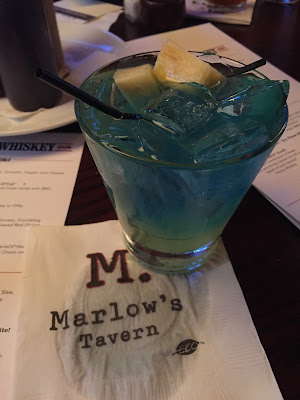 And if we weren't full enough, we had to have dessert! 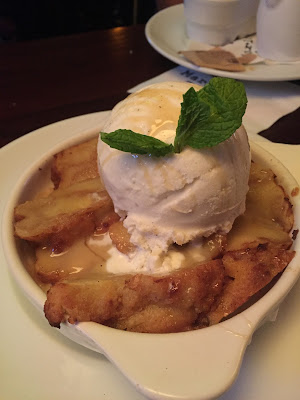 Bourbon Bread Pudding!!  I'm not a bread pudding fan so when we were told that people get angry when this goes away, I just kind of shrugged it off.  Oh but I shouldn't have. The Creme- Brulee-Soaked Cuban Bread with a Splash of Honey Jack, for Sippin' was maybe the biggest surprise of the night for me. The blogger that I was sharing this with had maybe a few bites before she declared she was done.  I couldn't just let it go to waste!  So I did my duty and finished it off!

There are so many great options and things going on at Marlow's Tavern.  General Manager Joel Diaz wants to to be a place that locals look forward to coming to.  They have Girl's Night Out every Wednesday which has 3 appetizers and 3 drinks that aren't on the menu for $5 each.  And every Friday and Saturday night they have live music. 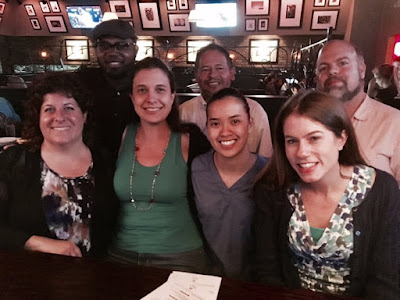 Everyone needs to go try this limited time menu ASAP!  It's gone in a week!  Come #MeetMeAtMarlows !
Posted by Andrea at 10:11 PM